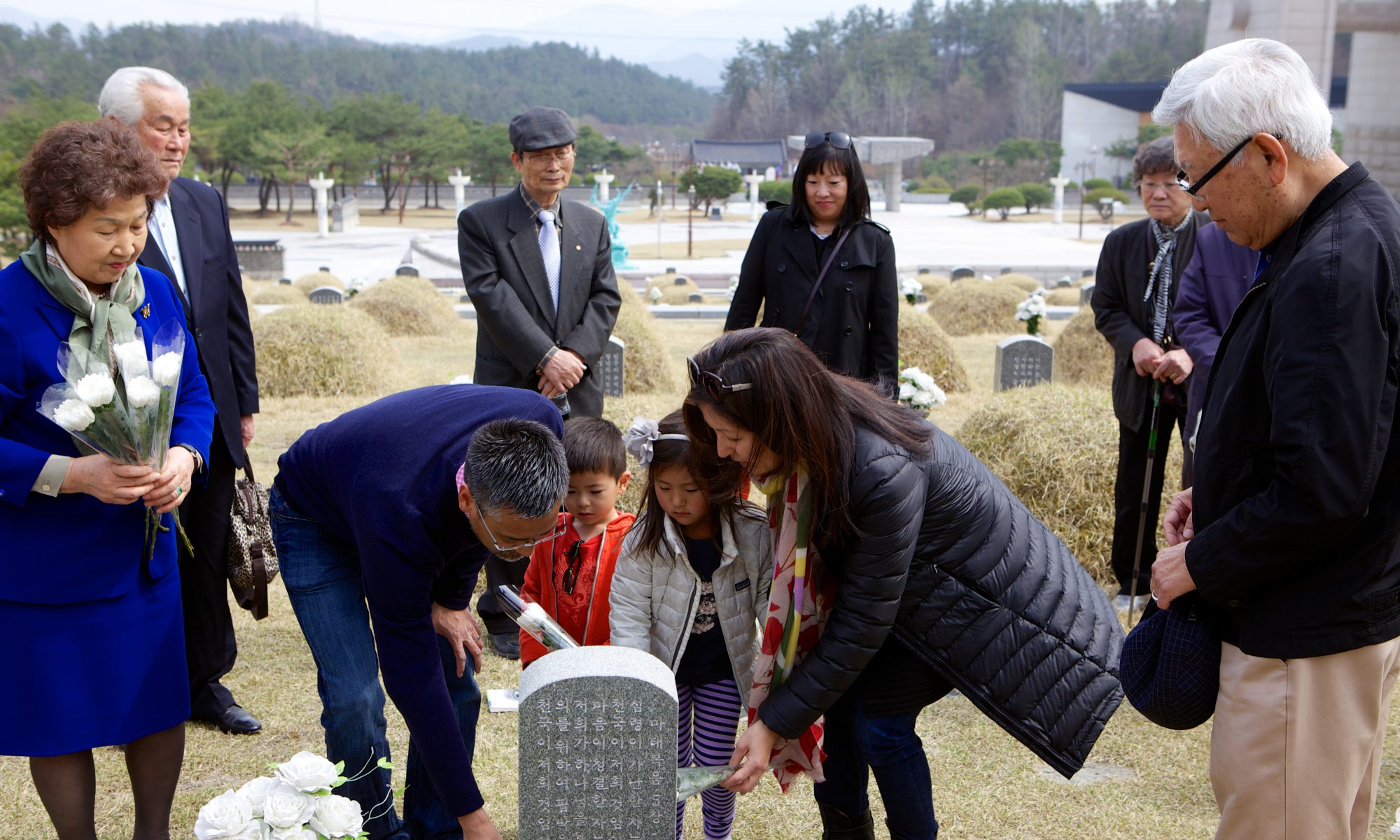 The last time I visited Korea was 10 years ago in July for my paternal Grandmother’s funeral. She lived her entire life in Korea, and thus I didn’t have many chances to see her or get to know her well. She visited the states when I was very young and I didn’t visit her until my first trip to Korea in 1979.

The following year, I remember my dad coming into my room to show me the Sunday New York Times. In it, there was an article titled, “Korean Courts Condemn 5 to Hang for Kwangju Riots.”  At the time, he only showed me her name, “Cho Ah Ra.”  Later, I found the article online, which said “Prominent among those drawing long sentences were Kim Song Nam and Cho Pi Oh, priests of the Kwangju diocese; Myung No Kun and Oh Pyung Mun, professors at Chonnam University in Kwangju; and Cho Ah Ra, a Protestant laywoman who has been active for many years in the city’s Young Women’s Christian Association. Now 70 years of age, she was sentenced to four years.”

At the time, I only vaguely knew of her plight, but later learned that she was eventually released and left Korea, traveling to Switzerland before finally coming to stay with us in Michigan for a short while. She was anxious to get back to Kwangju, and when she did, she had attained some prominence as a political dissident and was protected because of it. Throughout the rest of her life, she continued her work for the YWCA, an all-girls school in Kwangju, and an orphanage.

Thankfully, I was able to see her just prior to her passing. She only vaguely knew who I was, and confused me for my cousin. I didn’t mind. She was cute then and I enjoyed our brief time together.

When she died at 91, my family traveled to Korea and joined my dad’s brother’s family at the YWCA to receive the hundreds of people who streamed in from all over the country, at all hours for days, to come and pay their respects. She had come to be known as “the Mother of Kwangju.”  During her funeral, some officials arrived from Seoul to award her a one of the country’s highest civilian honors. The processional for her funeral included numerous stops around the city including at a memorial to the May 18th (1980) uprising. The most moving was at the girls’ school, where thousands of students, all dressed in their uniforms (on a Saturday), lined the streets to pay their respects. I was surprised to see her passing and funeral as national news.

She was laid to rest at a national cemetary, which is dedicated to those who died in and participated in the uprising. My grandmother was jailed for being a part of a “group of community leaders,” who sought a peaceful resolution to the standoff with the military paratroopers. My grandfather passed away when my father was only three. He was buried nearby and through some strings pulled, he was exhumed and laid to rest alongside my grandmother.

On this trip, we went to Kwangju for a day to visit her colleagues at the YWCA and the school who continue to do the work to which she dedicated herself. It was nice to see a room they had memorializing her, which included personal effects, books, and clothing. Many of my memories of her are from an age similar to Olivia and Lucas now. I don’t know how much they’ll remember from this, but maybe they’ll read this one day and will hopefully ask a lot of questions.

I regret now that I didn’t get to know her better and spend more time with her. I also regret some of the memories I do have of me being a total pain in her ass. I see now that she really did not have time for my shit. My cousin would always tell me how much she missed us and wanted to see us. Being a strong, independent woman, she was atypically not all about her grandsons, and had a strong connection to my sister. Jen was often told she took after my grandmother.

On every trip, I learn more and more about my grandparents and my family’s heritage. The city is planning to build a more perminent memorial to her, which I look forward to visiting. We’ll be sure to take the kids to learn more about their ass-kicking great grandmother.