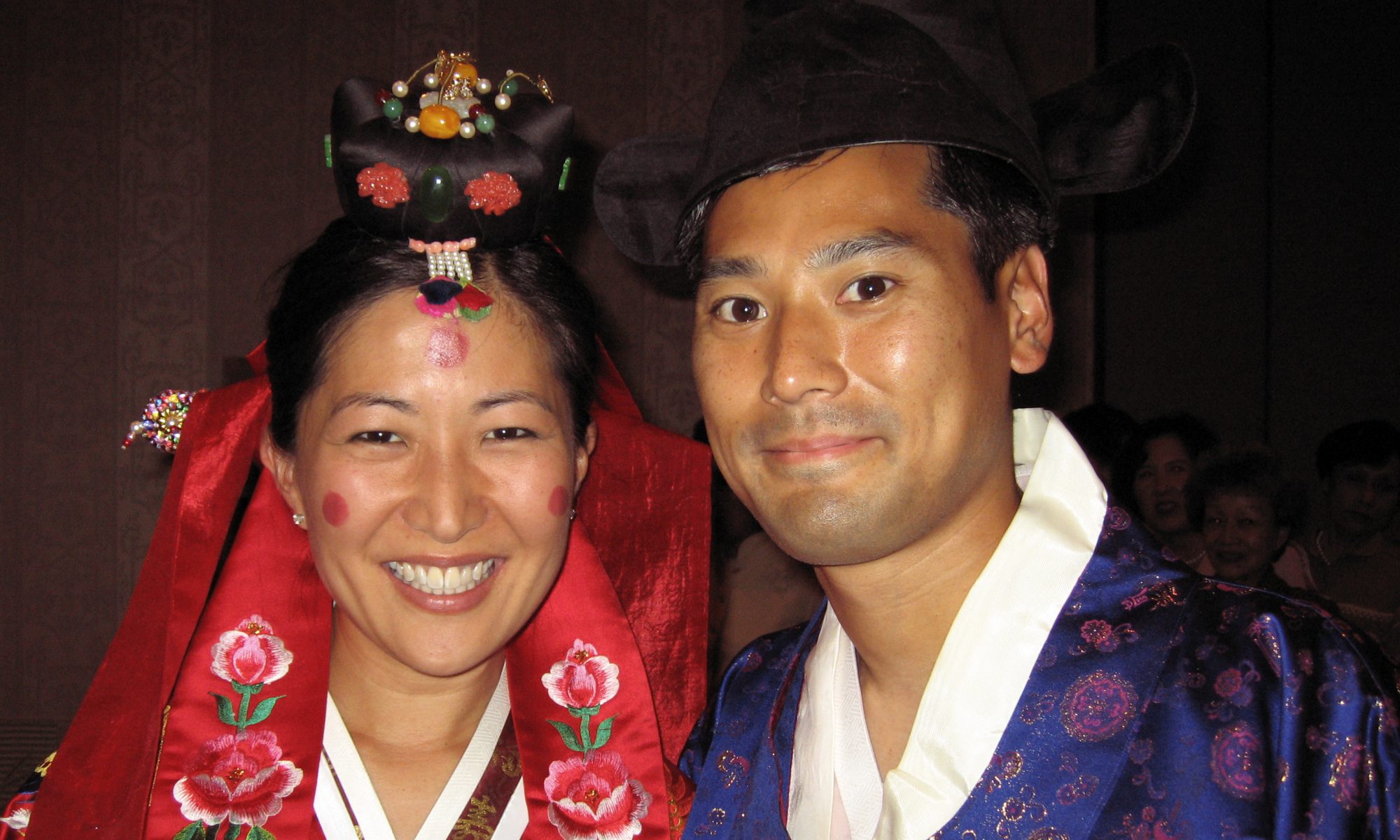 Grace and I returned to Michigan (on the same red-eye as last week – ouch) this past weekend. Grace’s parents hosted a dinner reception to celebrate our marriage for our parents friends who were not able to make it to California for the wedding. It was mostly Grace’s parents’ friends, but there were several of my parents’ friends who I have not seen in a long time. Jen and Dave also made the trip.

After a nice dinner, Grace and I changed into ham-boks to perform a pae-baek, which is a traditional Korean wedding ceremony. It generally involves a lot of bowing, to pay respect to each other’s family. In return, we received words of wisdom from our parents as well as generous gifts from them and aunts and uncles. Grace and I resisted doing this during our actual wedding weekend, mostly because of timing and logistics. However, we both had fun and I’m sure our parents were pleased. I think my mom mostly wanted pictures. Thanks to Auntie Park, who not only guided us through the ceremony, but also explained the significance of each exchange.

Late in the evening, Grace and I met up with Dave in Ann Arbor. We had just missed Art Fair, so there was still a lot of cleaning up going on, even past midnight. We ended up at Charlie’s because Grace was craving Count Twists. Being in Ann Arbor brought back many fond memories of college. I know it’s different for Grace because it’s her hometown. I always love being back there – hopefully we can make it back for a Michigan football game this fall.

I received additional wedding photos from my mom and Dave, so I added them to the wedding albums and reorganized a bit. Several friends have shared their photos online:

I haven’t had time to browse the ~1600 proofs that the wedding photographers took. Sorting through them is a bit daunting, but I’m looking forward to seeing them. See all of ours here.

Before I post our photos and video from our honeymoon, I thought it was important to mention my new camera. Almost all of the pictures posted on this site were taken with my Canon S230 (3 MP point-and-shoot), which was given to me by Grace’s family for Christmas in 2002. Since then, I have taken about 7200 photos with that trusty tank of a camera. Sadly, it has rendered my treasured Leica Minilux virtually obsolete (this was my 30th birthday present from my parents). Many of the pre-2003 photos on the site were taken with that camera, along with a very old Canon A1 SLR.

Unfortunately, the S230 has only been operating at about 80% since last year’s Rose Bowl. Apparently, it fell out of my pocket during some post-touchdown celebrations. Worse, it appears that it ended up on the bench in front of us, where some fellow Michigan fans celebrated by jumping up and down on it. Several plays later, Grace said “hey, is that your camera?” Though the thick case was only slightly dented, there was severe damage to the shutter button. I fixed it as best as I could, but it hasn’t been the same since.

I really wanted a new camera for the wedding. Incidentally, some of the recent digital photos were also taken with a Nikon D70, which is a great digital SLR I borrowed from work. This inspired me to get an SLR of my own. However, once Grace forbid me from taking my own pictures during the wedding, I realized an SLR wasn’t practical. Impulsively, I bought a Canon S500 (5 MP version of my S230) online. Almost immediately, I had buyers remorse as I did my typical search-to-the-end-of-the-internet research after my purchase and realized there was a brand new camera that was THE camera to get. In the days leading up to the wedding, I searched all over SoCal looking for this little guy. Circuit City said it would arrive in the store on the day of the wedding. I had my family looking all over for it – no luck.

Finally, on Sunday after the wedding, I found it at Best Buy, where it probably was all along. So, with the generous birthday money Grace’s parents gave me, I bought myself a new Canon SD500 and a 1GB SD card. That little “D” makes all the difference. This camera is hot – main features: 7.1 MP, 2″ LCD screen, DIGIC II (new chip that is much faster – my biggest complaint about the digital point-and-shoot), and it shoots 640×480 video at 30 fps. All of this in a beautiful little case that is smaller than the S500, but not too small.

On the honeymoon alone, I took over 500 pictures and many video clips and am truly impressed. Comparatively, I don’t think you’ll notice much of a difference in photo quality. The true limit of these little cameras is the lens, which is small compared to an SLR or even larger point-and-shoot. And, the 7.1 MP is more than I need. Because I rarely make prints anymore (and even if I did, they would be 4″x6″) and most of my photos are viewed and shared on a computer screen, a good 2 MP camera would be sufficient (which would exceed most screen resolutions). However, even though the 7.1 MP photos just end up making bigger files, it’s nice knowing the pixels are there if I ever need them. Additionally, storage is less than a $1 per GB and getting cheaper every day.

The bottom line is that Canon makes some of the best digital cameras out there and they got it all right in the SD500. I still want the Canon 20D SLR, but fear I would lug it to few places and therefore may miss many shots. I also like the idea of the Leica Digilux 2, which truly would render the Minilux a titanium paperweight. It was the very best day of our lives and we enjoyed every minute of it. Neither of us wanted it to end. Thanks to everyone who shared the weekend with us.

We can’t wait to see Paul’s photos and Dan’s videos (the professionals). We’ll be sure to post them when they are ready. Until then, here are some of ours. 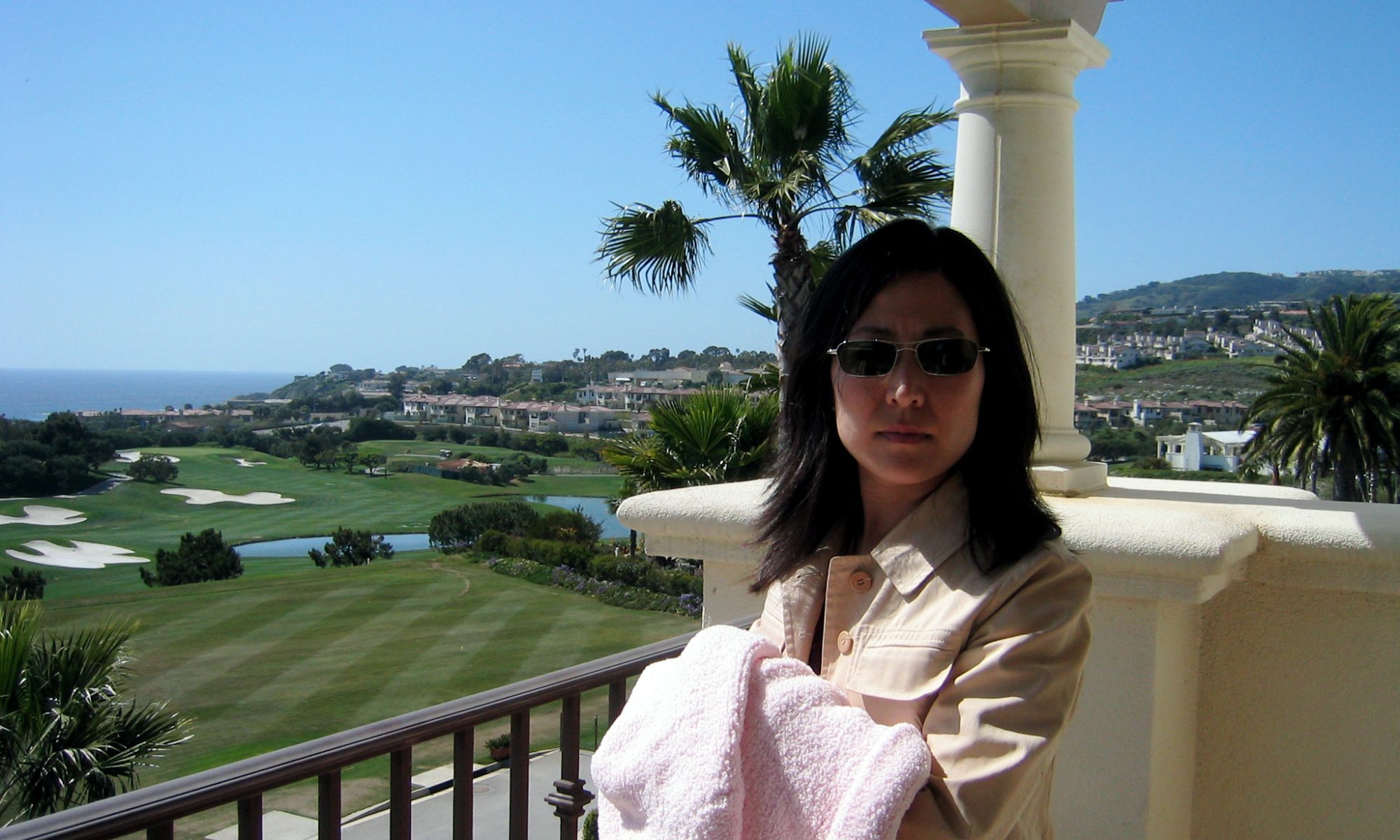 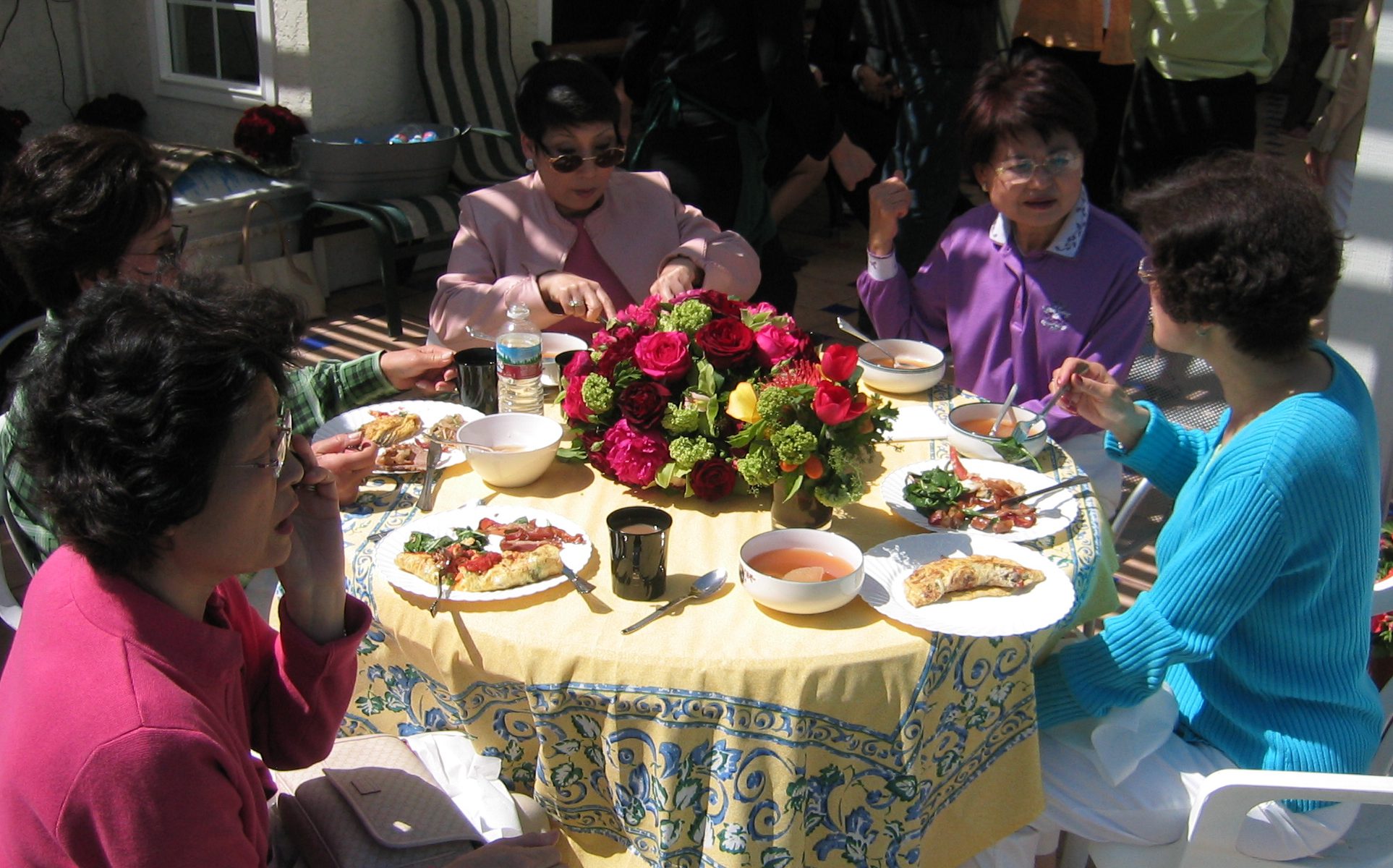 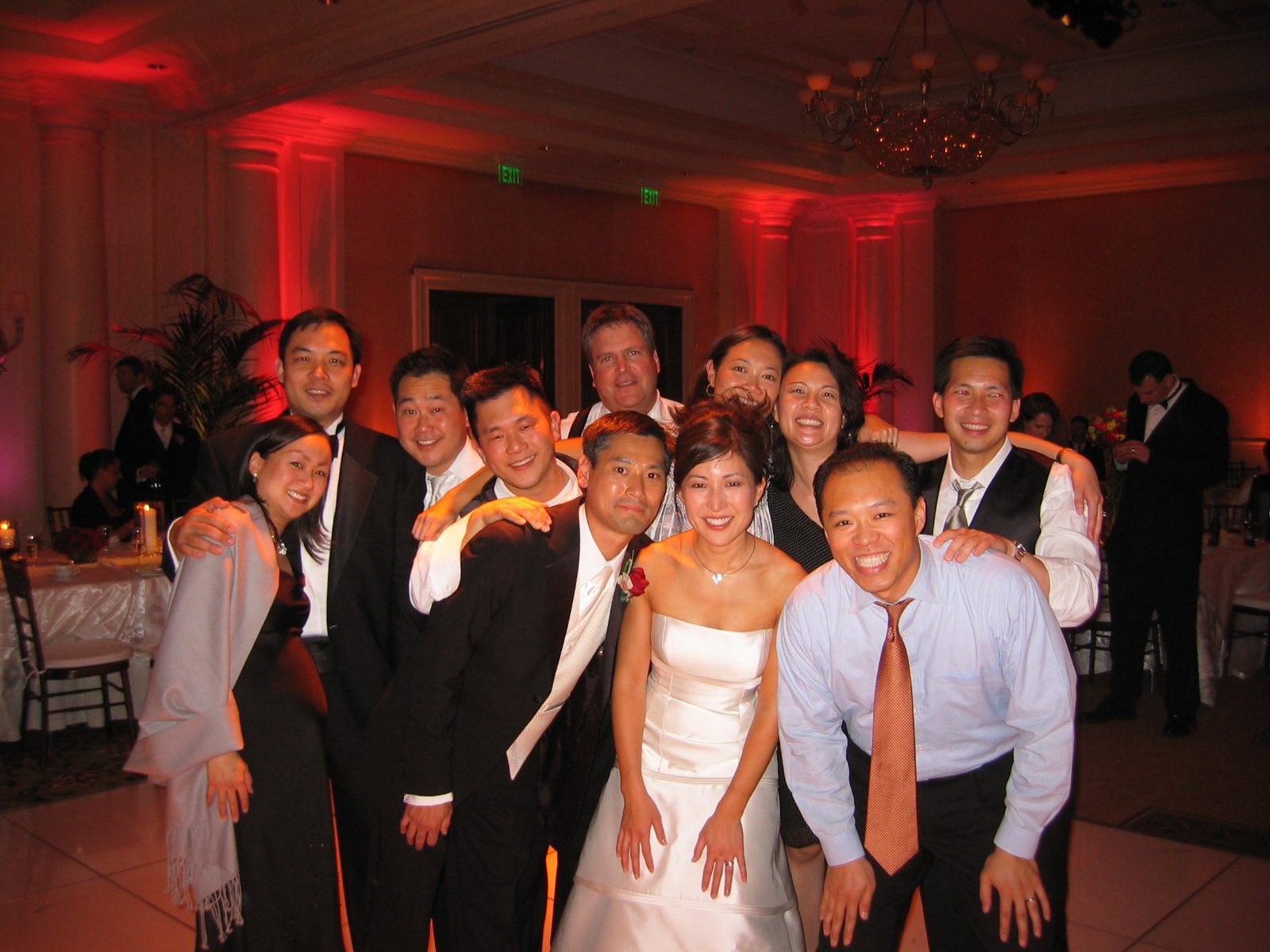 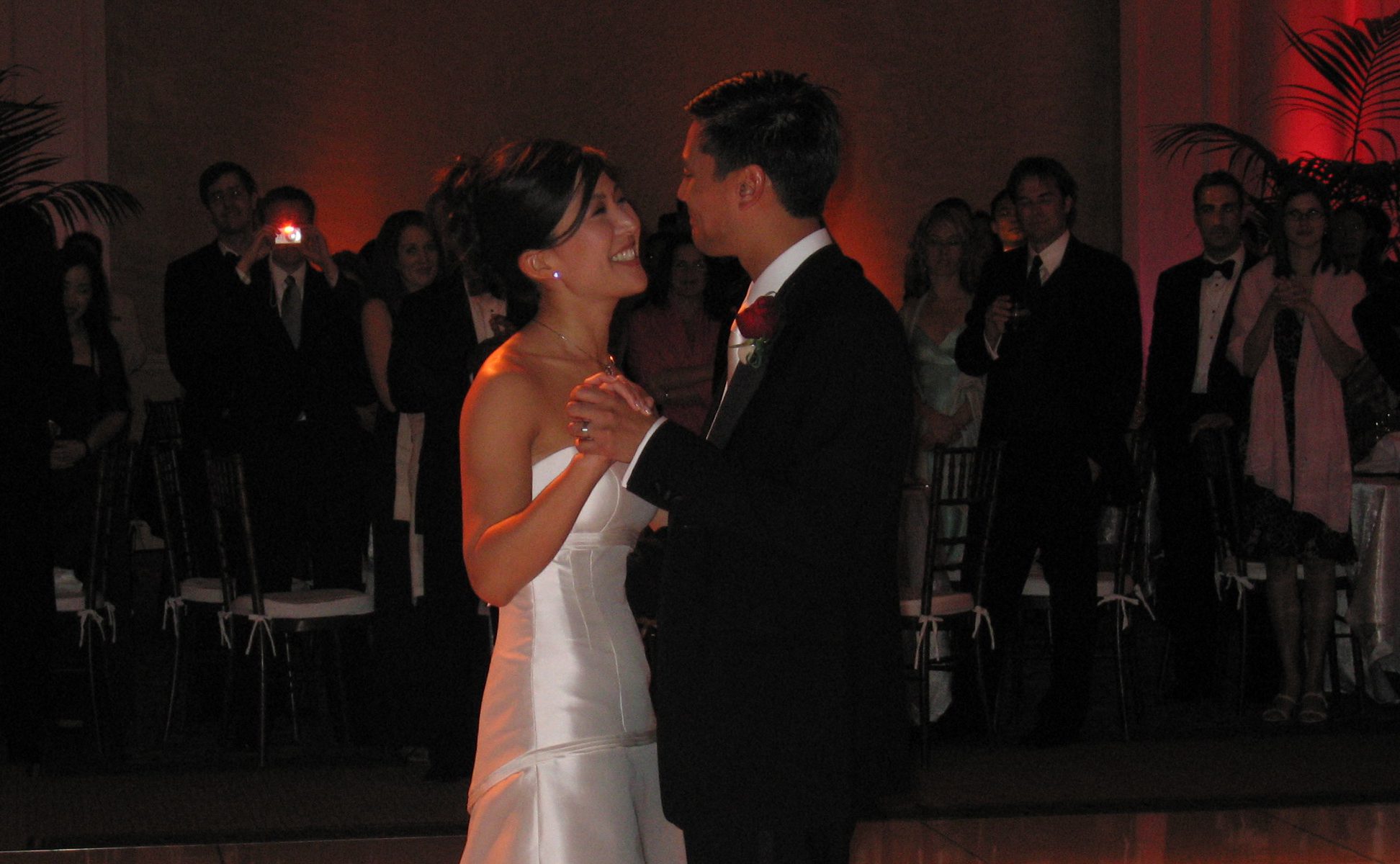 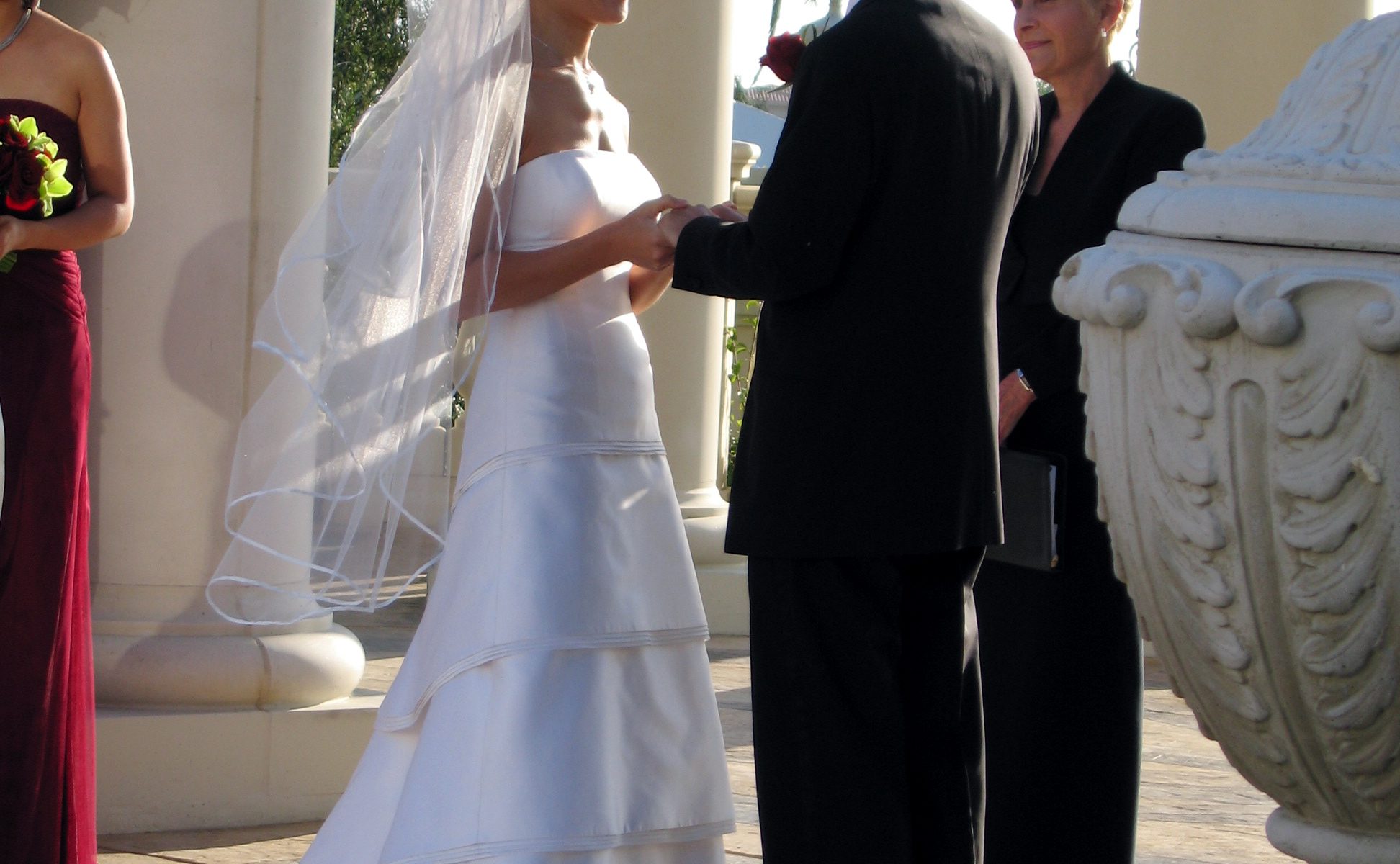 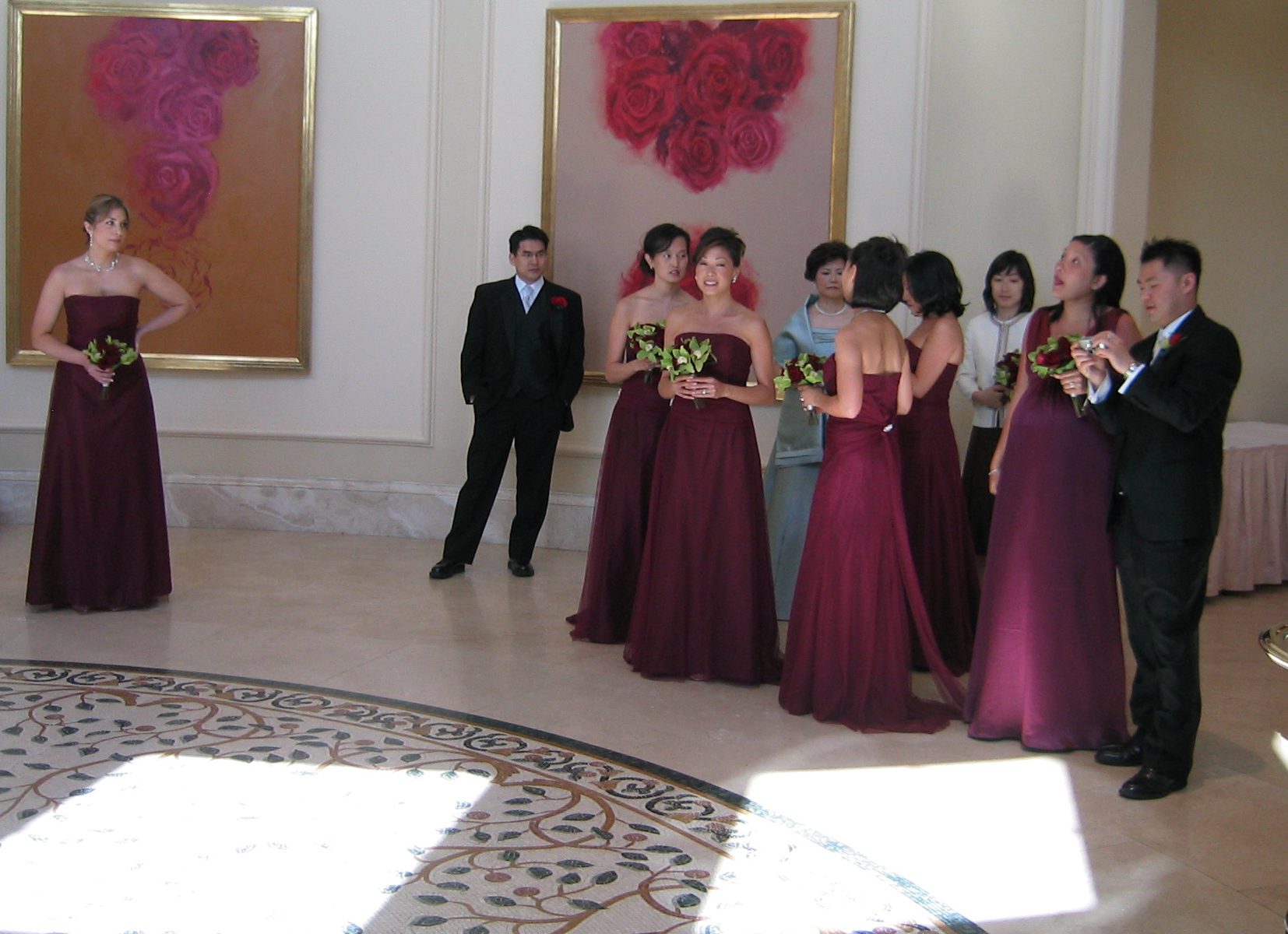