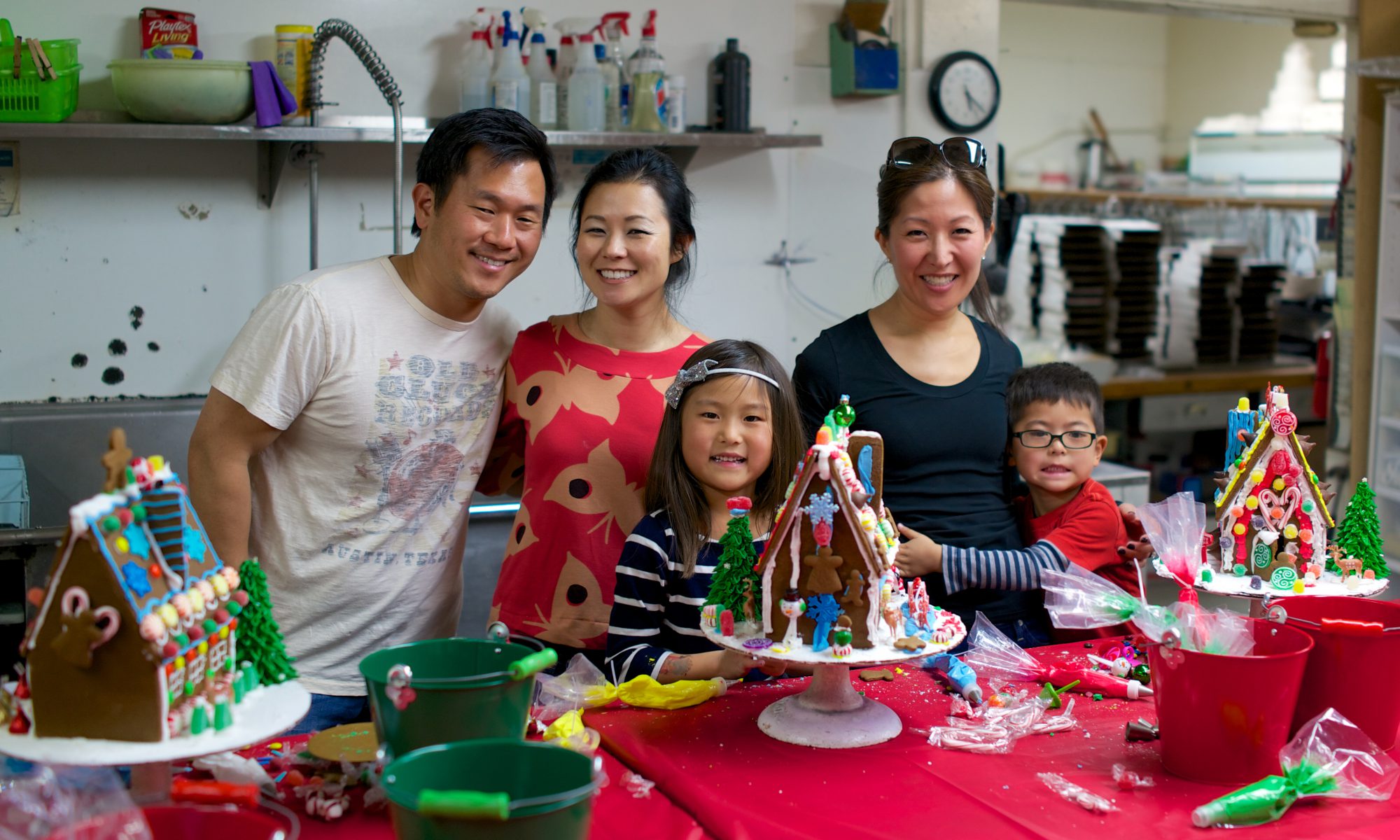 On Sunday, December 1st, we had a very busy day. One of our activities was making gingerbread houses at Kathy’s Kreative Kakes in San Mateo. Some of our school friends organized a big group last year, which was so fun. Unfortunatley, we’ll be out of town for this years event, so we decided to do it on our own. We invited others who were meeting for dinner that evening. The only takers were the newlyweds, Esther and Jon, which was very cute.

We learned our lesson from last year and got Lucas and Olivia their own houses (share much?). Esther and Jon shared a house and each did a side, though Esther told Jon there was no peeking. I think they all turned out beautifully and it is such a fun annual holiday activity.

Afterwards, we met the Kellogg gang for dinner with Warren, who just flew in from Singapore. Happy holidays! 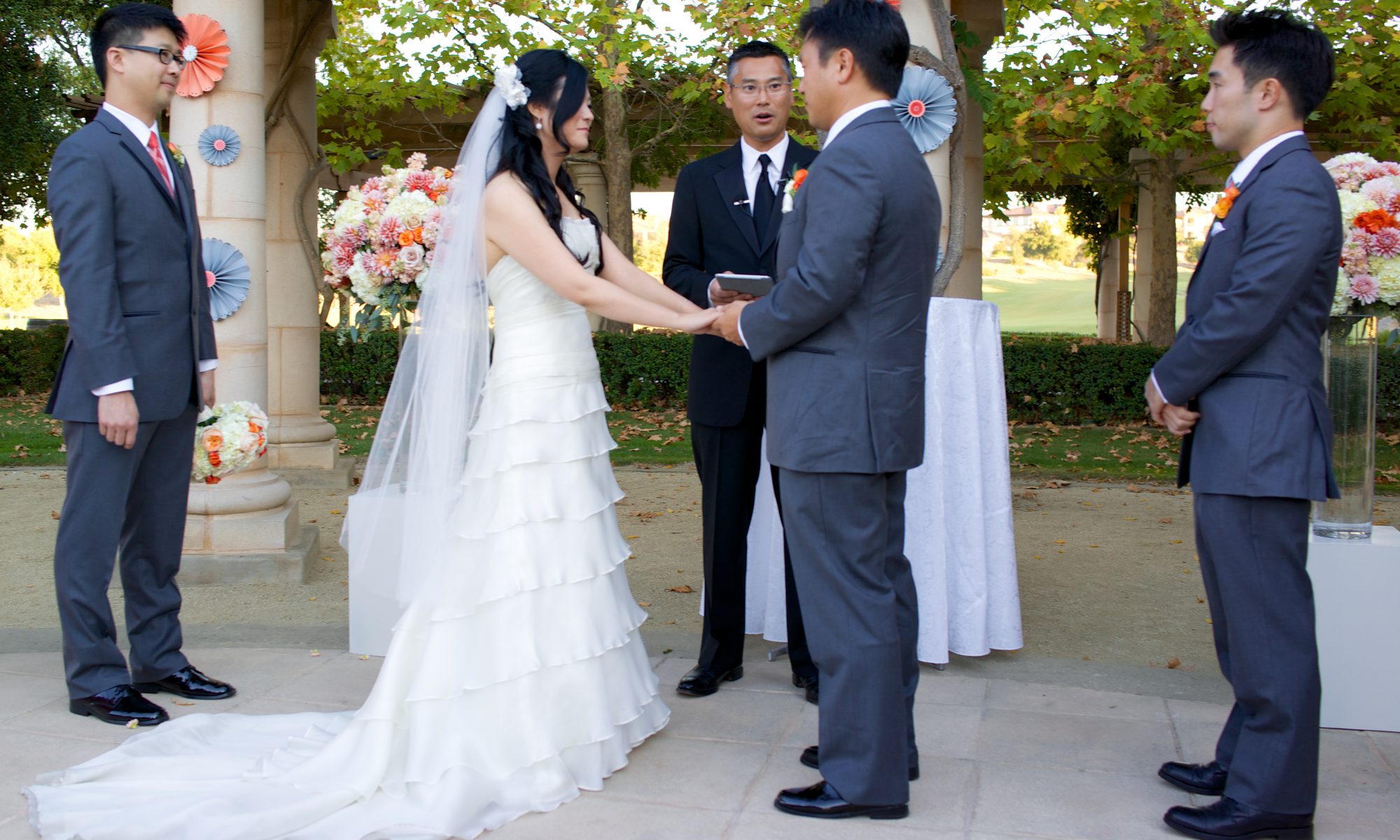 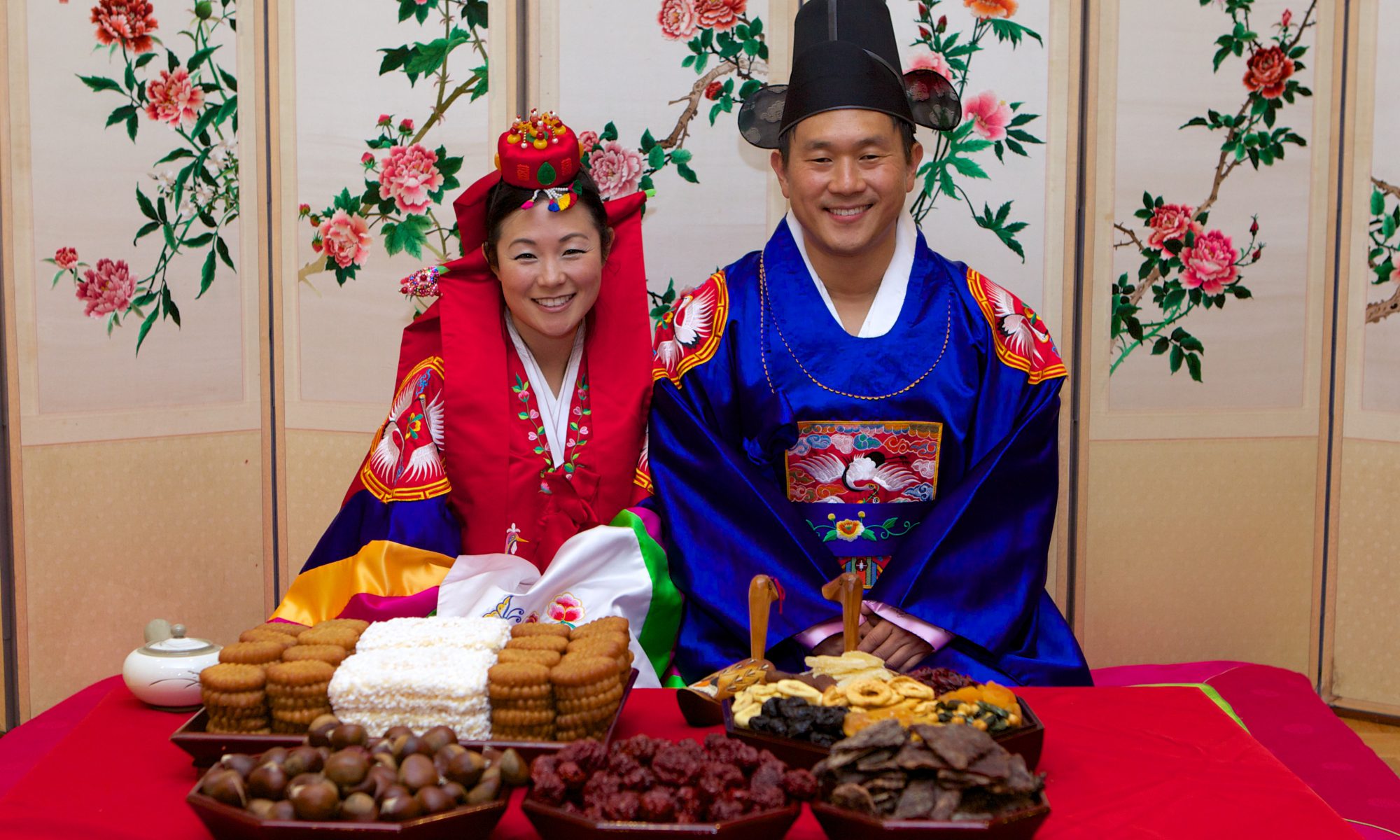 On Saturday, October 19th, Esther and Jon hosted a rehearsal dinner in San Jose. The main event was a traditional Korean ceremony (Paebaek). Esther and Jon looked great. Although the bride and groom didn’t make it too late of a night, many of us stayed and shut down Korea Palace. 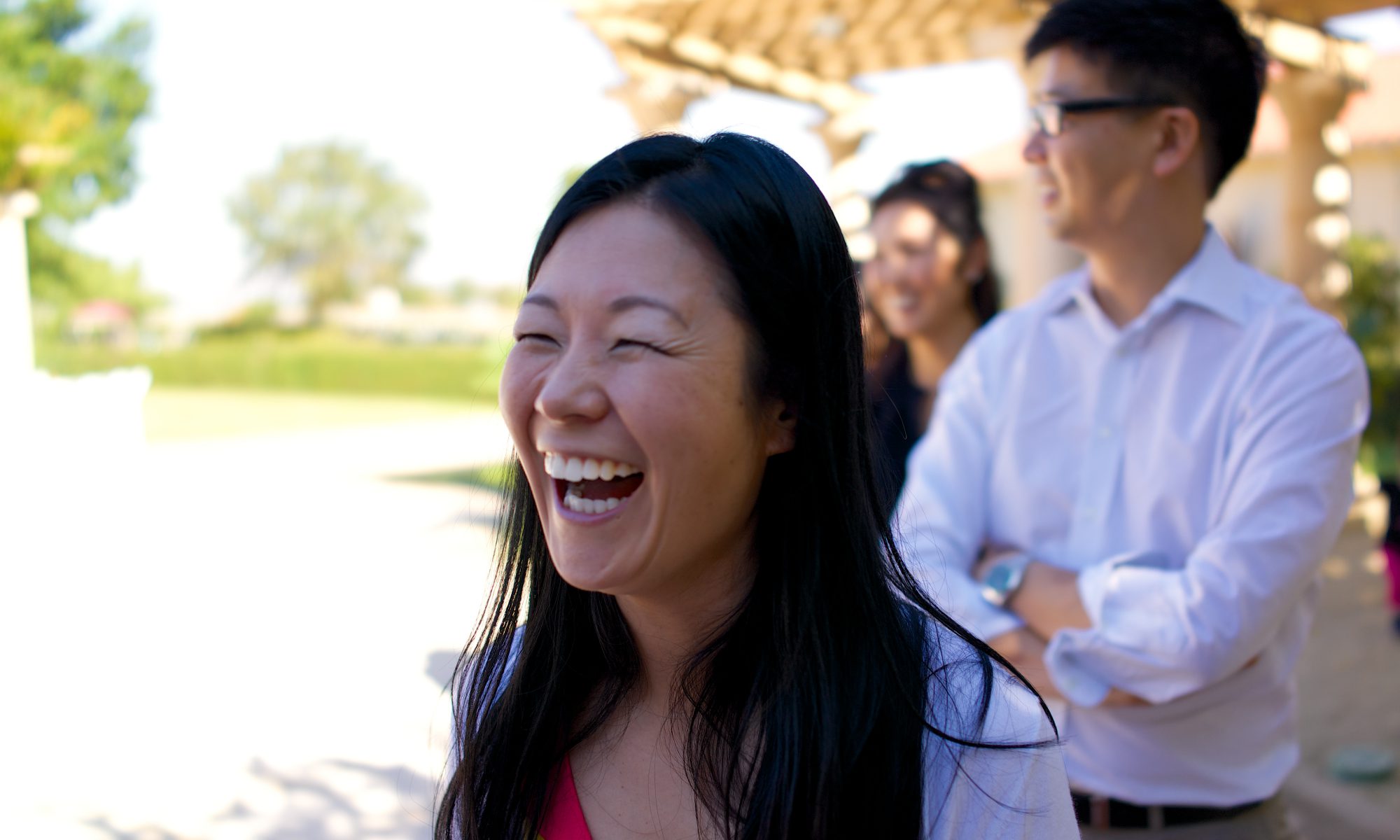 Getting ready for the big day at Ruby Hill Golf Club in Pleasanton, CA. 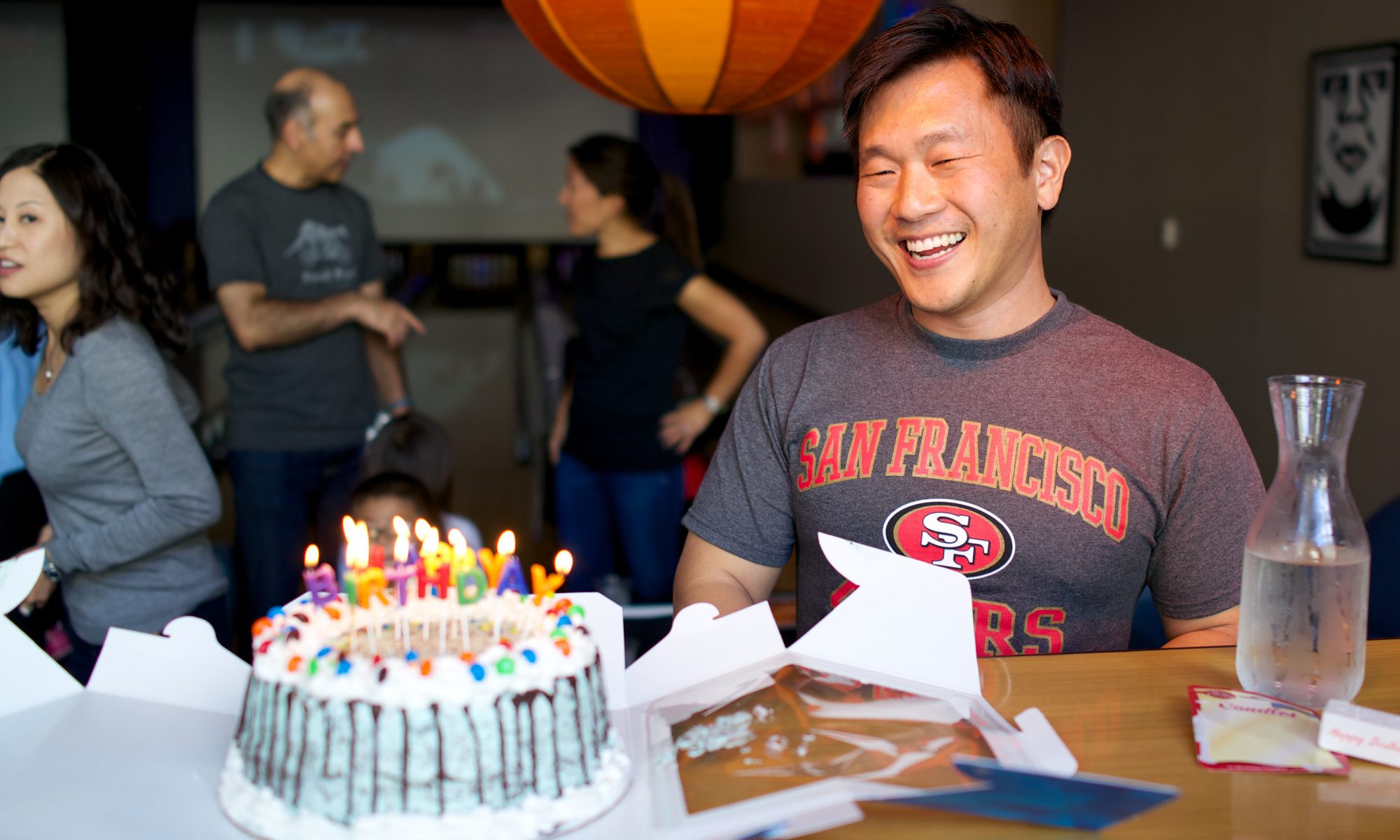 On September 29th, Esther hosted a birthday party for Jon at Lucky Strike in San Francisco. The kids love bowling. Grace is a ringer. I would have bowled a 32 if it weren’t for those bumpers. 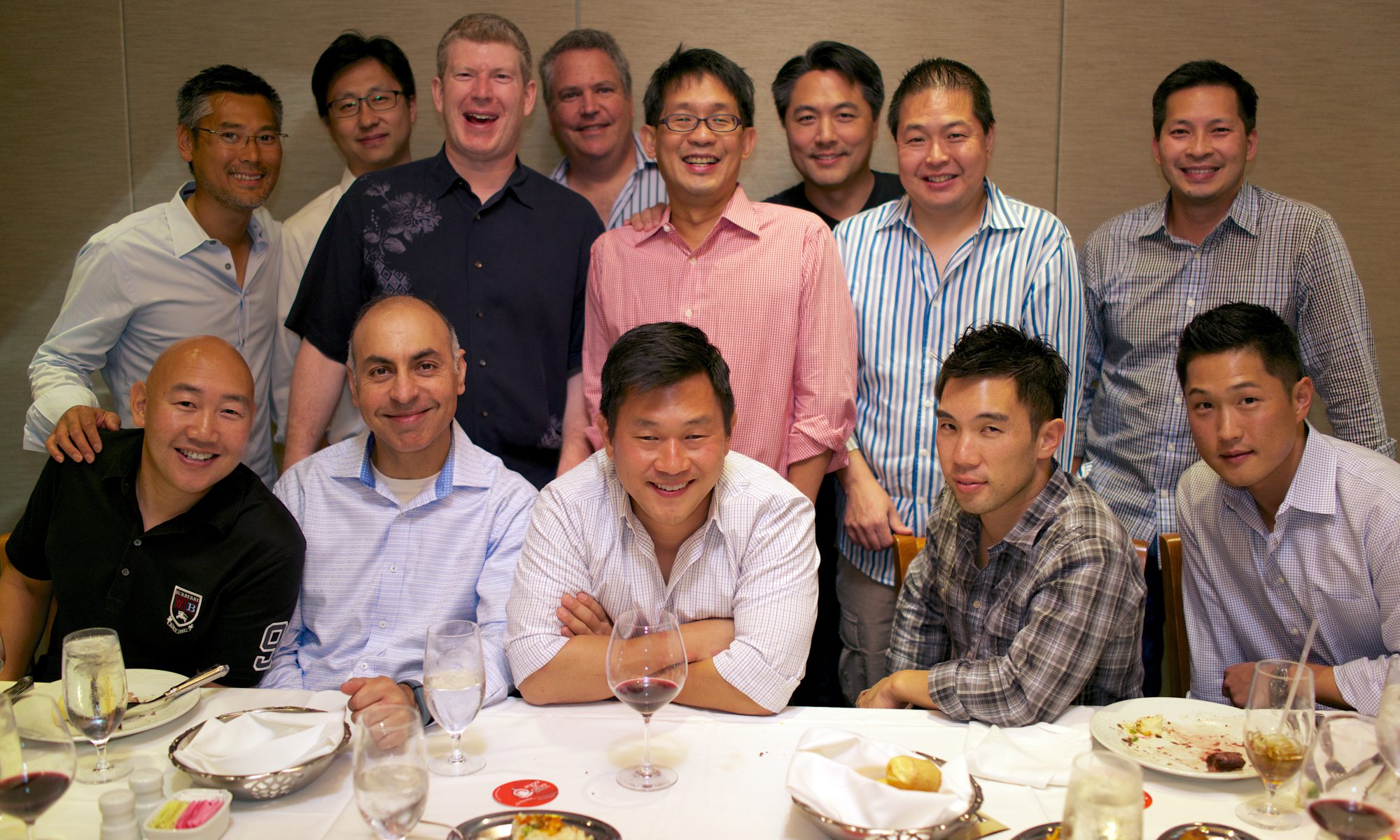 On Friday, September 13th, thirteen guys met up in Vegas for Jon’s bachelor party. Nelson had a friend at MGM who hooked us up at Mandalay Bay. He and Conway did a great job organizing all of the events and logistics throughout the weekend. Friday night, we had dinner at Kumi, where Chef Simon prepared an amazing omakase meal for our group.

On Saturday, we planned to have lunch together at the buffet. Nelson’s in-laws live in Henderson and came over to say hello. We ended up eating at Raffles, but didn’t expect Lourdes and Kevin to pick up the tab. That was very generous of them.

Our activity in the afternoon was paintball. I hadn’t played in about 20 years, but it turned out to be a ton of fun. I think everyone was surprised by the level of pain this “game” could inflict. It definitely instilled enough excitement and anxiety to keep you engaged. I’m pretty sure everyone, including myself, had various battle wounds.

Saturday dinner was at Fogo de Chao, where you could eat just about anything, as long as it was meat, meat, or meat. I did not eat a single vegetable. After dinner, I’m not sure exactly what everyone did, but Ky and I gave up at the tables around 4:30am and returned to the room, where he, Vaden and I discussed the relative merits of the Finnish educational system.

There were a great group of guys to celebrate with Jon, many of whom I had not met before. Thankfully, no one went too bananas…

Looking forward to seeing everyone on Esther and Jon’s big day. 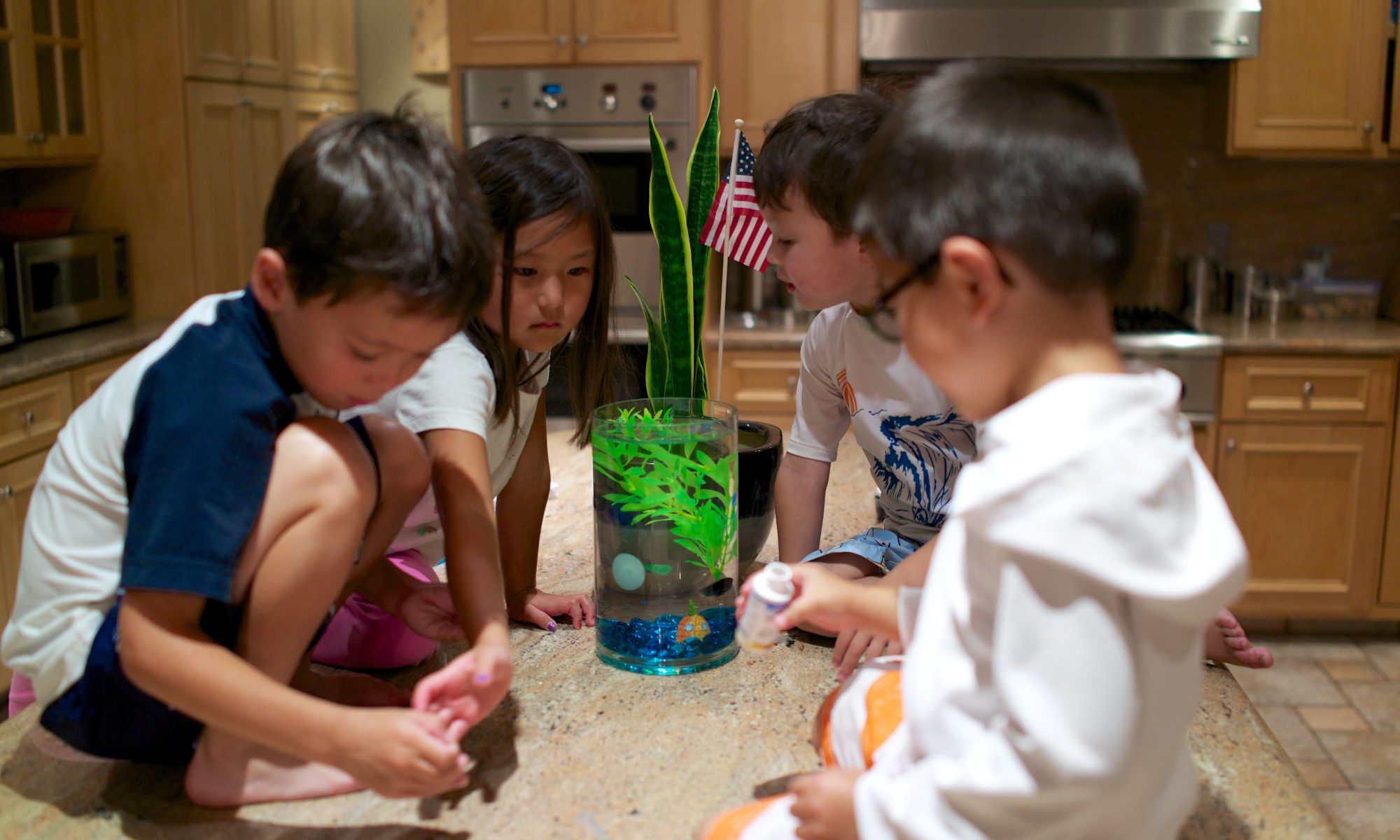 On Sunday, August 18th, Euni and Eric invited us over for dinner. The kids had fun with the backyard water and zip line. Eric is too tall and thus got cut out of the photos. Thanks, Rantas! 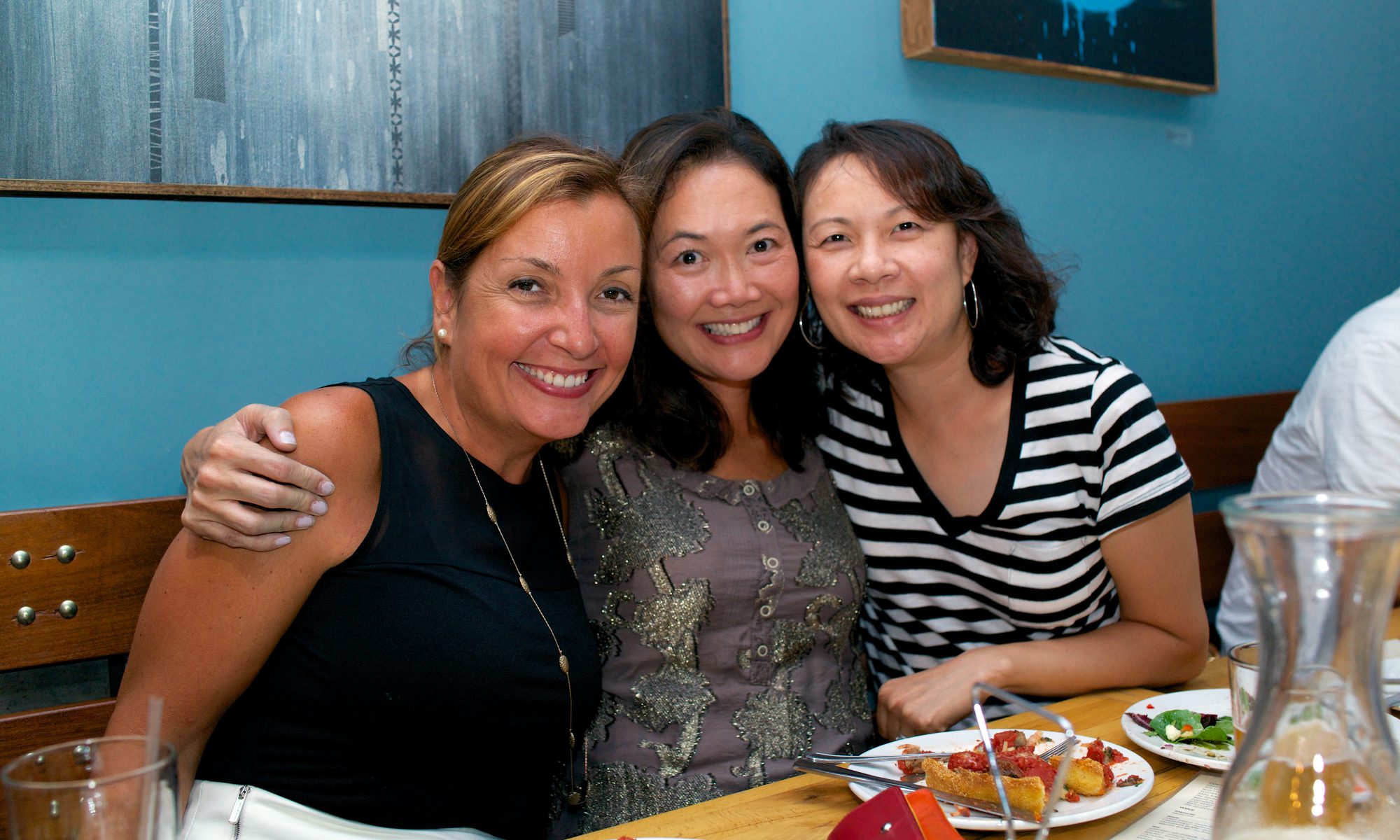 Carol, Federico and their FOUR children were visiting the Bay Area this month. We were gone for most of their visit, but were glad to be able to at least get the adults together for dinner. Even our dear Michelle made it down to Burlingame for dinner. It was great to catch up with everyone, especially guests of honor who have settled on the wrong coast. We will win them back soon.

Wish we could have seen the kids. Next time!

Wherever I go, the Gellerts are there. Small world at Birmingham CC. 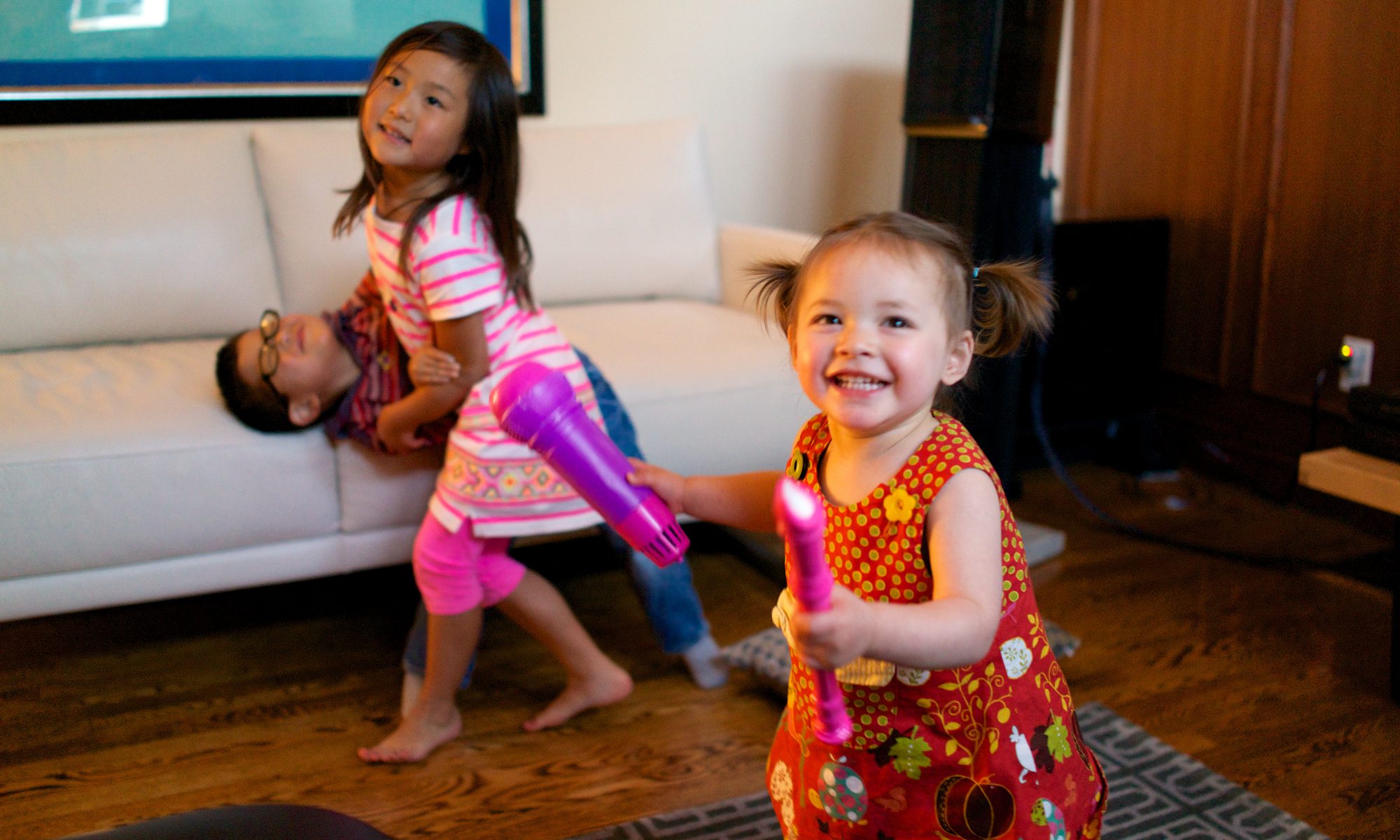 On Saturday, July 6th, Rhonda, Ky and Malia came down for dinner with Jen. It’s been a while since we’ve seen them. Malia has grown up so much – still a cutie!