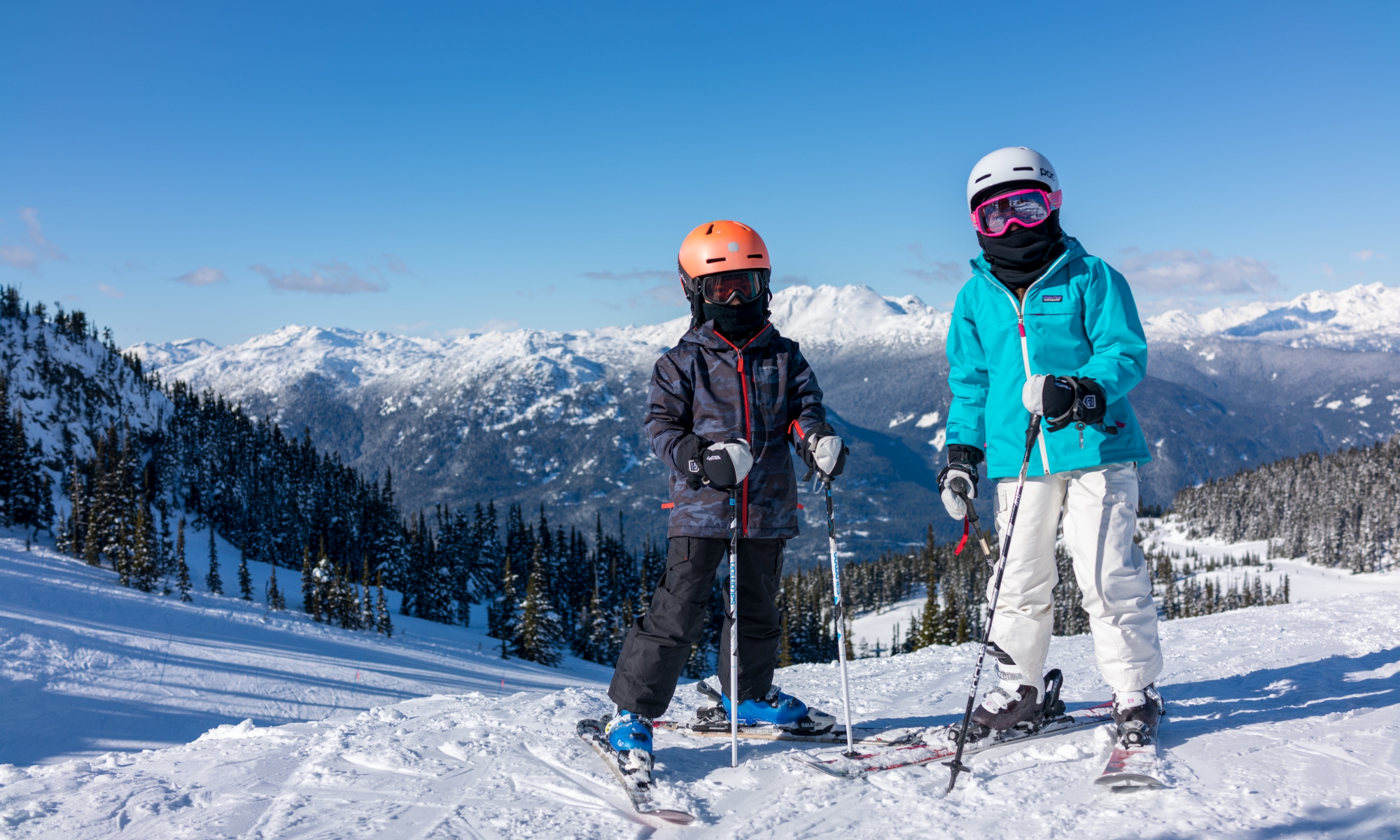 We’ve been dealing with drought off and on the past several years and have thus chosen to travel for the kids’ ski week vs. going to Tahoe (although last year was epic). After the debacle in Beaver Creek before the holidays, I kept a close eye on the snow report across the various ski resorts. It seemed that Whistler was the only resort having a “normal” winter in terms of snow fall.

After we made our plans, it seemed like Utah and Colorado caught up a bit, but we were still happy to be able to try a new mountain. We actually had traveled to Vancouver before for our Alaskan cruise with the Parks several years ago. Lucas was only 2, so he wouldn’t have remembered anything and even Olivia probably didn’t recall much.

Our flight to Vancouver was delayed a few hours, so we decided to eat in the city before heading up to Whistler. I made plans for us to go to an early dinner at Market by Jean-Georges. We ended up having a later dinner there instead. Lucas declared it one of his best meals ever. Although it was too dark to see the stunning drive Whistler, the roads were at least empty, which made it go by fast.

We skied Monday to Thursday together. We’re not really a first chair kind of family and somehow each day we got on the gondola later and later. On our last run on Tuesday, we went into the terrain park and I realized the day before we had gone through the “M” of S, M and L and lived to tell about it. I didn’t think too much of it the second time except I did scrub some speed off the first big jump and landed it fine right in front of Olivia. Feeling confident, I went for the second big jump and somehow did NOT make the landing.

In a split-second, I hit the top of the jump hard, double-ejected and face planted after falling forward about 135 degrees down the ramp. It would have been bad enough, but I was wearing my camera around my neck and basically body-slammed it into my ribcage. I could not breath, and when Olivia came down, she could not stop laughing. I was so wrecked. After I verified that I was still alive, Lucas came down and was trying to push my skis down to me when someone came and gave us an assist. He asked if I was okay because he saw the whole thing. I really wish there was video of it because it was so epic. I haven’t crashed like that in … well, ever.

On Wednesday, we met up with my POPSUGAR buddy, Chris. We got in one run together at the end of the day. Even though I said I retired from the terrain park, the kids made me go in there again to face my fears. I stuck to the “S” route and made it down safely. It wasn’t until Thursday that I really started to feel injured. I went to the top of Blackcomb by myself for the last run of the day and limped down the mountain as I had trouble breathing on my right side.

On Friday, I did pretty much get on the first gondola and went straight up and over to Blackcomb (“Do you guys want to go with me? No? Okay, see you later”). I got lucky as when I arrived at the Peak-to-Peak gondola, the glass-bottom car had just arrived. It was cool and terrifying at the same time. Unfortunately, the lift to the top was closed due to the weather, so I did a few laps until it finally opened. I took one last run from the top of 7th Heaven before we packed up and headed out.

We had planned to spend one night in Vancouver to check it out. We had a great dinner at Lupo near our hotel. On Saturday, Grace bought us tickets for some attraction at the same port where we got on the Disney cruise ship. It was “Fly Over Canada,” which was basically a light version of that Disney Avatar ride that wrecked me over Thanksgiving. I was destroyed, so Liv and I went back to the hotel while Lucas and Grace went to the park and Science Center.

We ate our last two meals in the hotel at Honey Salt, which was excellent. There’s one in Vegas, so we’ll have to check it out there. We had a late flight home, which was delayed a bit. After someone took one of our our ski bags by accident, we didn’t get home until about 1am. Everyone was very happy to be home, mostly to see Luna!

We’re definitely going to keep Whistler in the rotation for ski week if climate change continues to conspire against us in Tahoe.