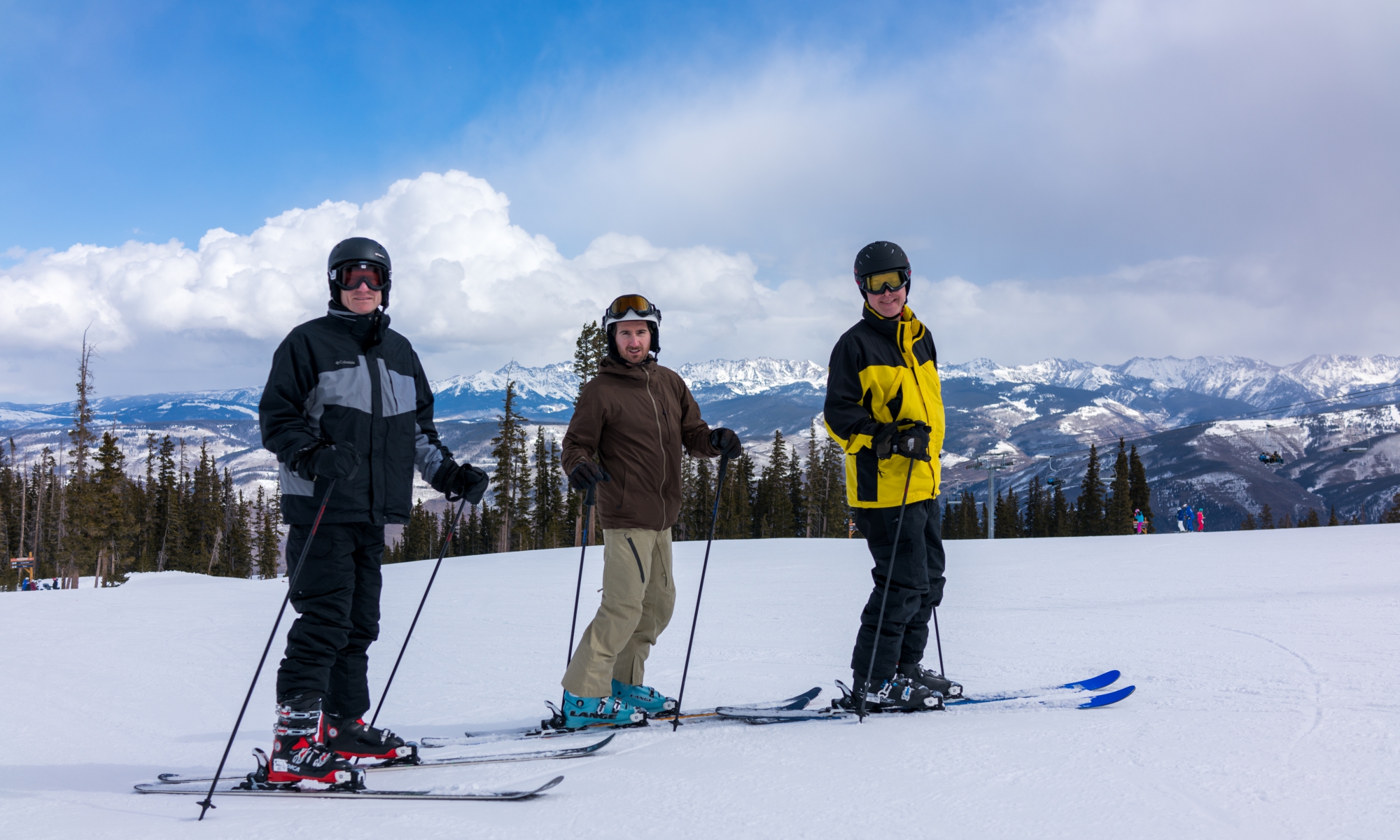 This past weekend Steve, Scott, Herb and I met again in Beaver Creek for our annual ski trip. We had a great time last year in Colorado, so we decided to head back again. We were missing some of our regulars, but four was still a great number on the slopes.

Friday was Steve’s birthday and although we didn’t convene until Saturday, his request was to watch the Michigan Basketball game. This year, we had a large suite at the Westin (where we usually stay). Rather than go out, we just watched the game in the room and ordered room service. It was a stressful game right up until Poole’s buzzer beater. We went nuts.

On Sunday, we skied at Beaver Creek. The conditions were a little firm, but the snow was infinitely better than it was back in December. We had dinner at Splendido, which I had been wanting to try for a while.

It snowed a lot starting Sunday afternoon and throughout the evening. Although it snowed 7″ in Beaver Creek, we opted to go to Vail, which received 5″ of fresh snow. We covered a lot of ground and had a great day on the mountain as it continued to snow. Sunday night, we had dinner at Grouse Mountain Grill, where we celebrated Nick’s birthday last year.

On Monday, we skied again at Beaver Creek, which receive another couple of inches overnight. We did some laps on Larkspur in the morning, which we hadn’t tried yet. The snow was amazing. Before lunch, Steve, Herb and I went up Grouse Mountain and skied Royal Elk Glade (at Eddie’s suggestion). It was the best run of the week – lots of run and everyone made it down safely. We met Scott for lunch before heading up again for one last run down Royal Elk Glade again.

Herb was staying an extra night, so Steve, Scott and I left around 3pm to get back to Denver for our flights. Another great trip is in the books. We’re already talking about next year and hope more of the team will join us.