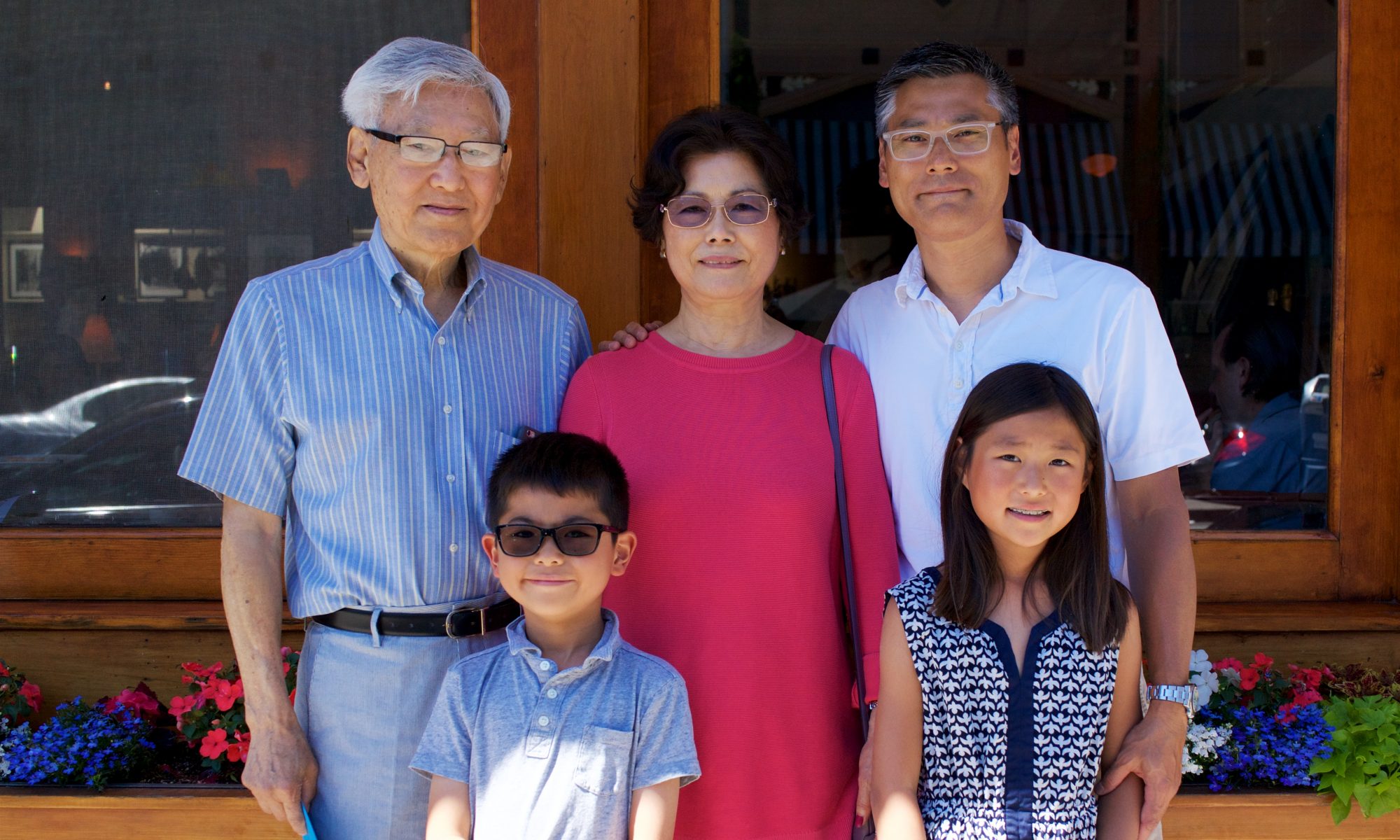 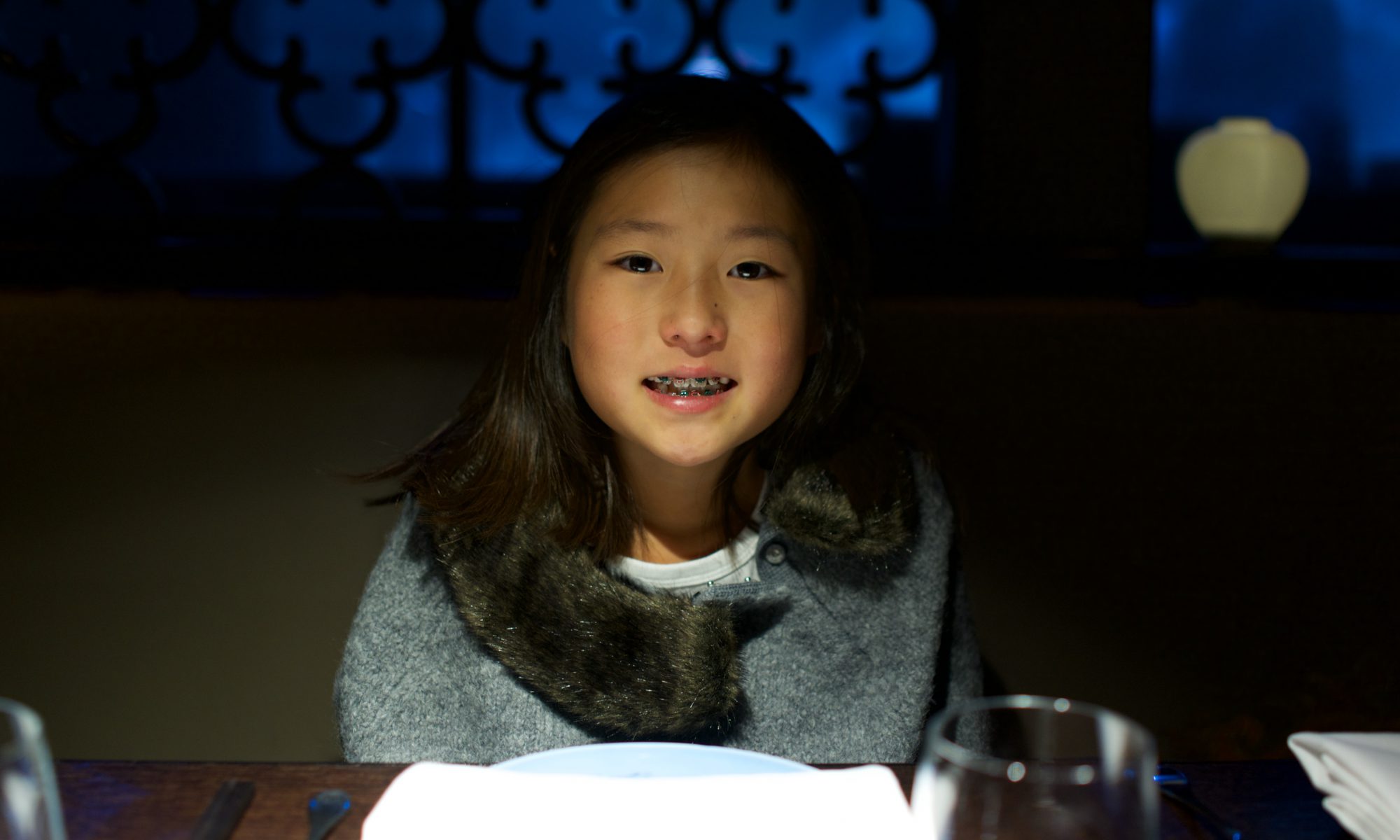 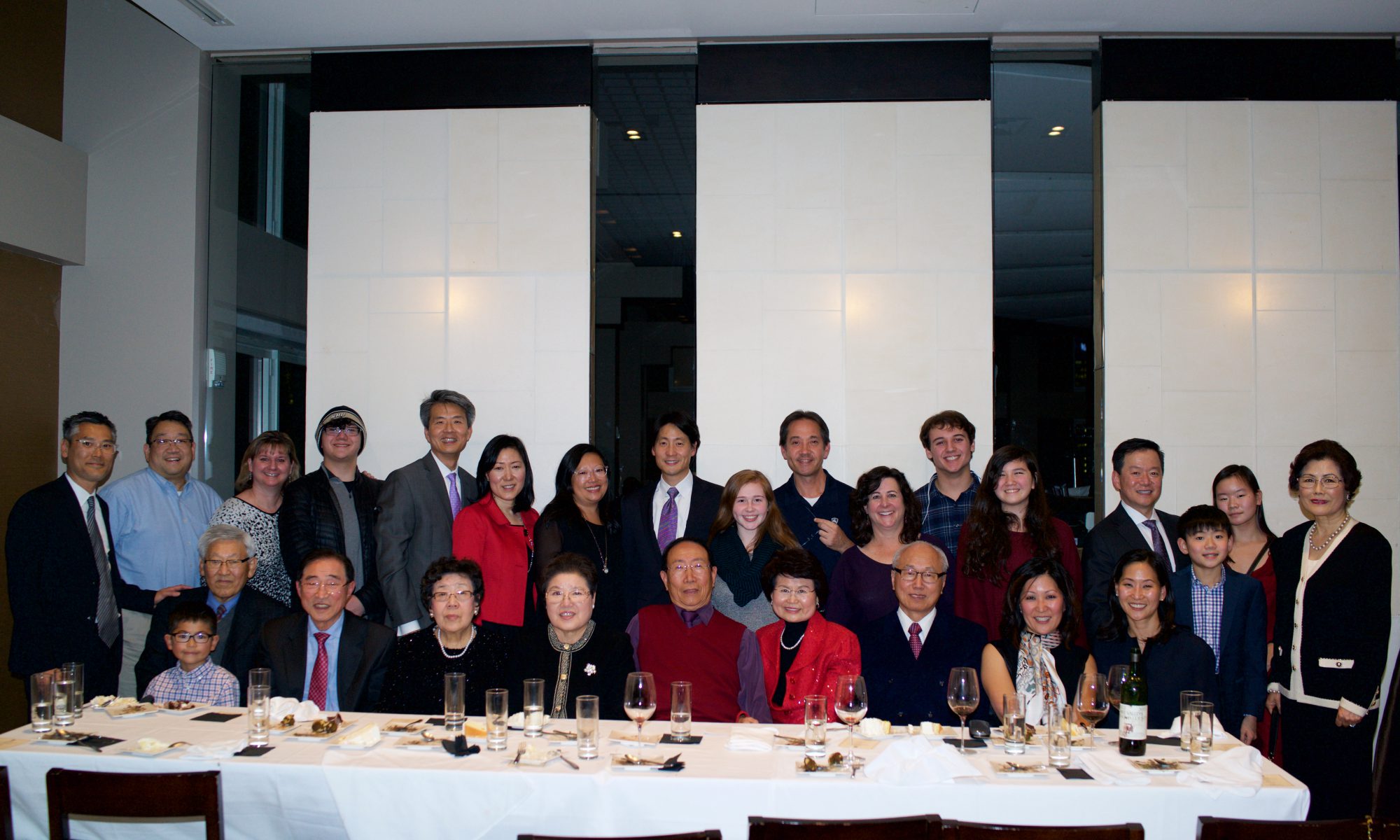 Because all of the family were together for the holidays, Grace’s Mom wanted to celebrate her Dad’s 80th a little early. On Monday, December 26th, several close friends and family met at Gaonnuri. Dave and Charles emceed the event and several people spoke, including Mom and Dad.

It was a beautiful event to celebrate Dad’s 80th and the food was excellent. Everyone had a great time. Happy Birthday, Dad! 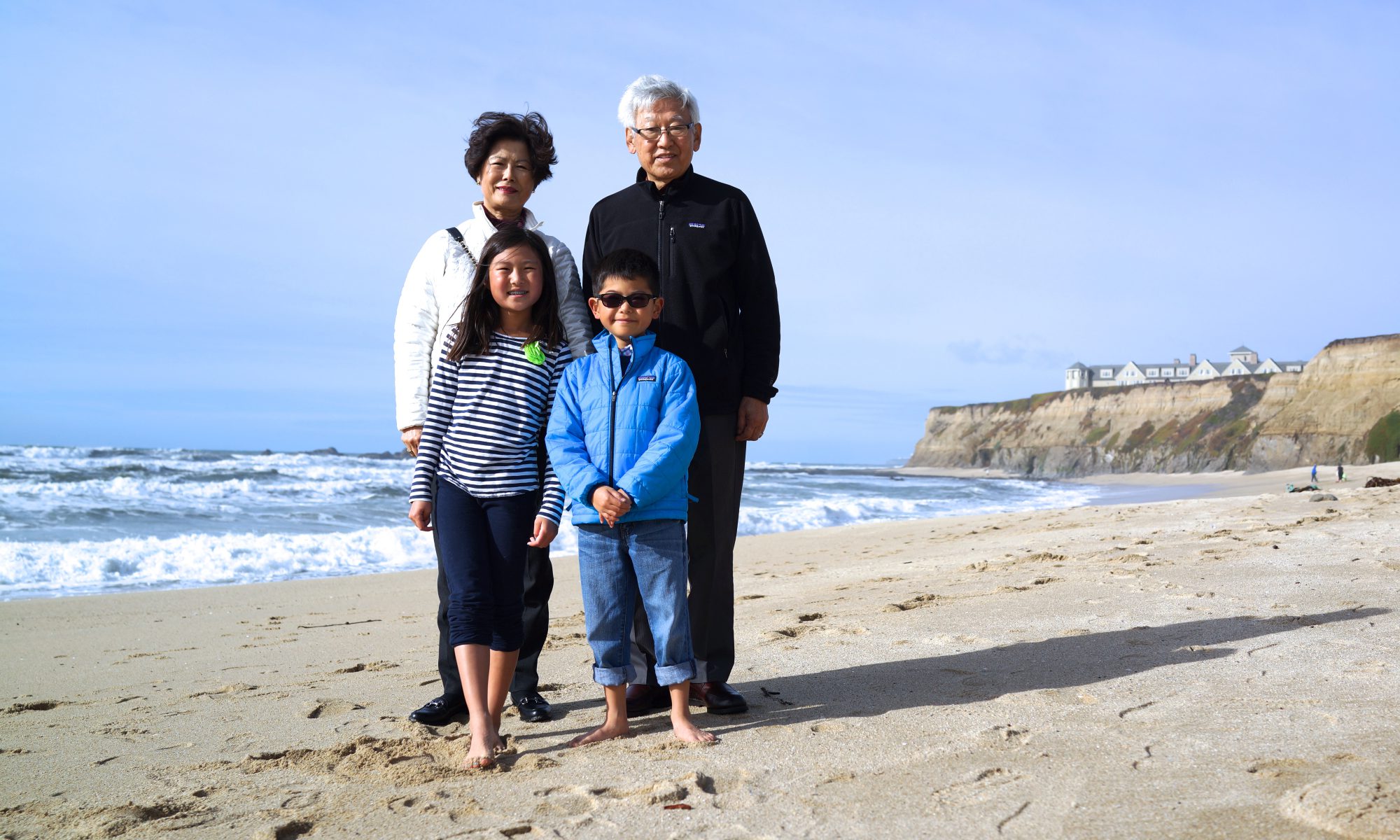 My mom and dad came out for their first visit this year. They arrived in time to attend their first Carey Generations Day. For Thanksgiving, our oven was busted, so Clara and Mike invited our whole family over to spend it with their whole family. My camera was also busted so you’ll have to trust me that it was awesome.

On Sunday, we all drove out to Half Moon Bay for lunch at the hotel, followed by a short stop at the beach. We picked up our Christmas Tree on the way home and Grace had it decorated by dinner time. She’s a machine.

The kids had a great time spending their week off with their grandparents. Looking forward to seeing them again in a few weeks on the East Coast. 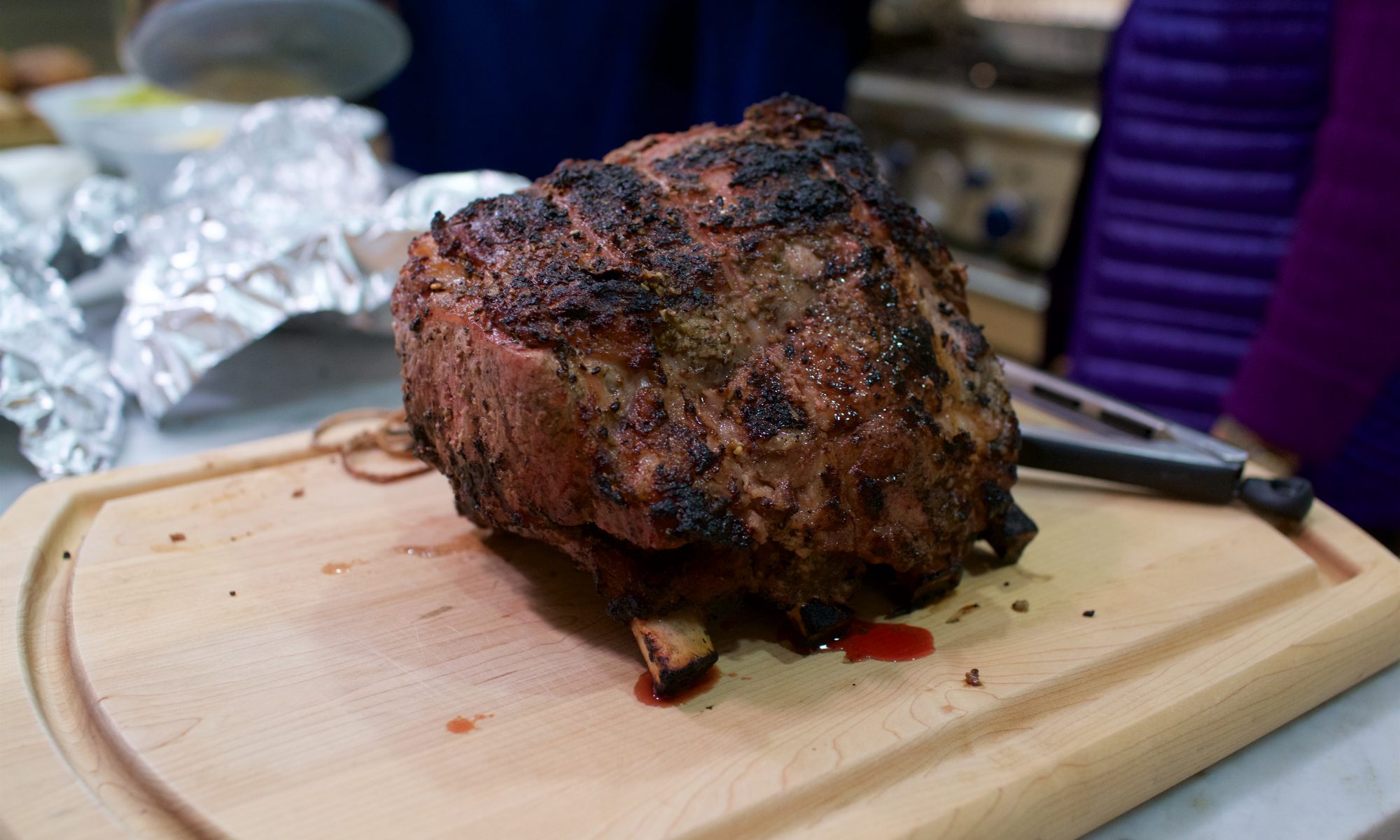 Grace went down to San Diego for a girls weekend with Ann. My parents and Jen were in town and both of our ovens were out of order. I decided to try a prime rib on the Big Green Egg. I had no idea what I was doing, but figured it out along the way. The nice folks at Pape’s helped me choose the right size and seasoned it for me as I was in a hurry. Jen and my mom helped with the sides and all came together beautifully. Dave ended up joining us for dinner and Grace made it home in time to enjoy some, too.

I learned a few things that I’ll remember for next time. That said, it turned out great and I’m happy I tried it. 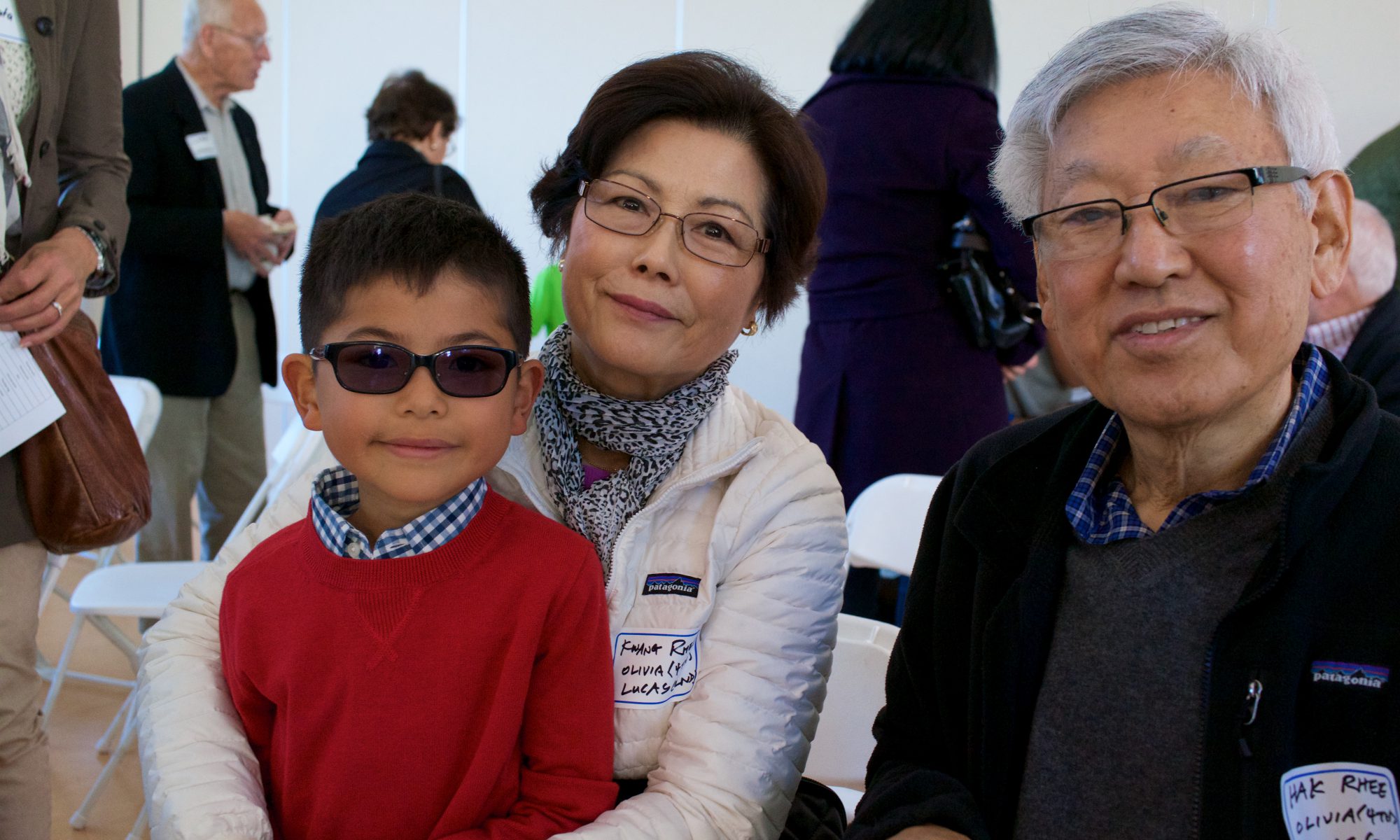 Lucas and Olivia’s Michigan grandparents participated in Generations day for the first time. All the kids sang some special songs for all the grandparents and parents. They were excited to show them around to all of their classrooms. 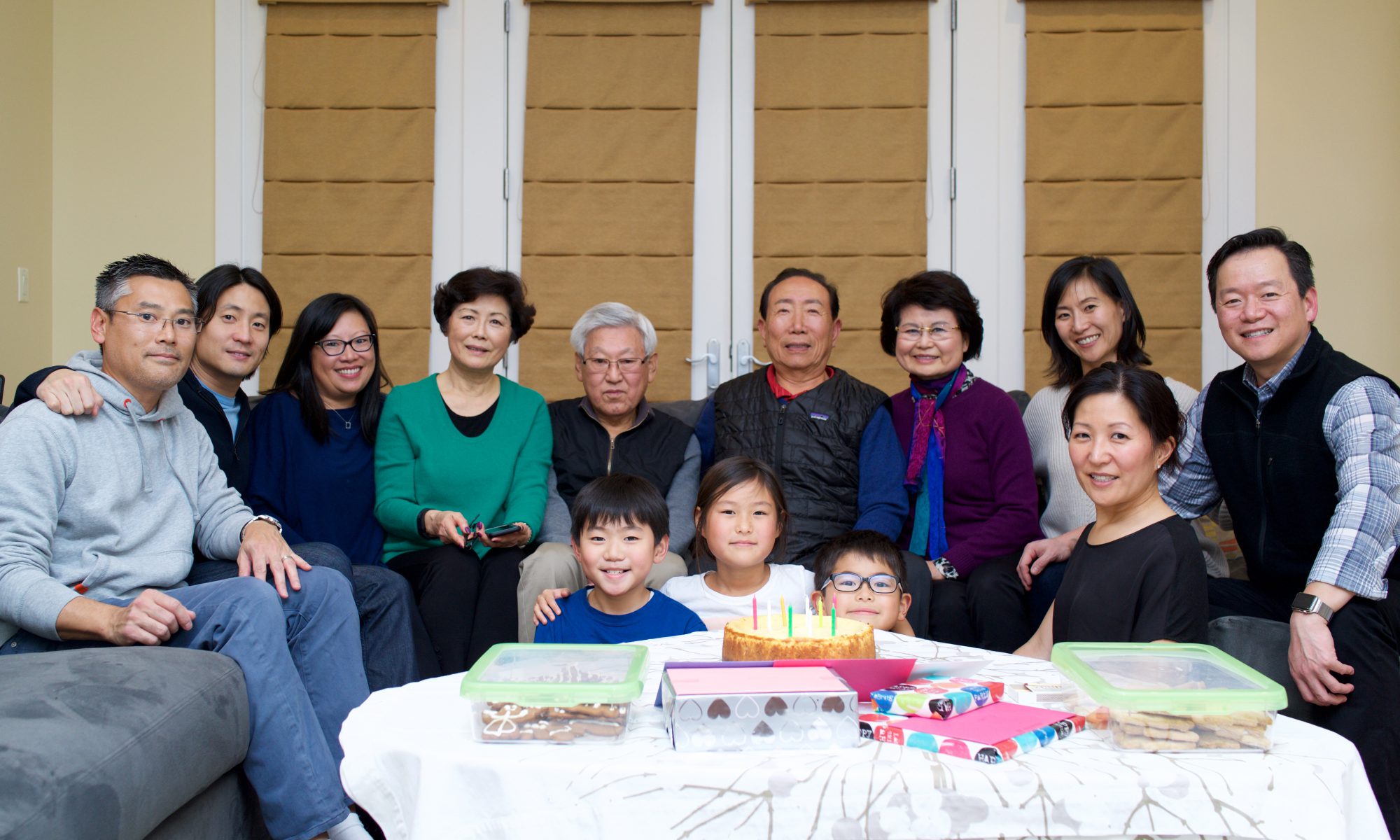 We had all of our families together at our house for Olivia’s 9th birthday. It was a relaxing day at home with the kids’s cousins, aunts and uncles and all their grandparents. Hopefully she’ll remember these special family times together.

Happy Birthday, Olivia! You’re still the sweetest and we love you so much. Here’s to your last single-digit birthday (sniff). 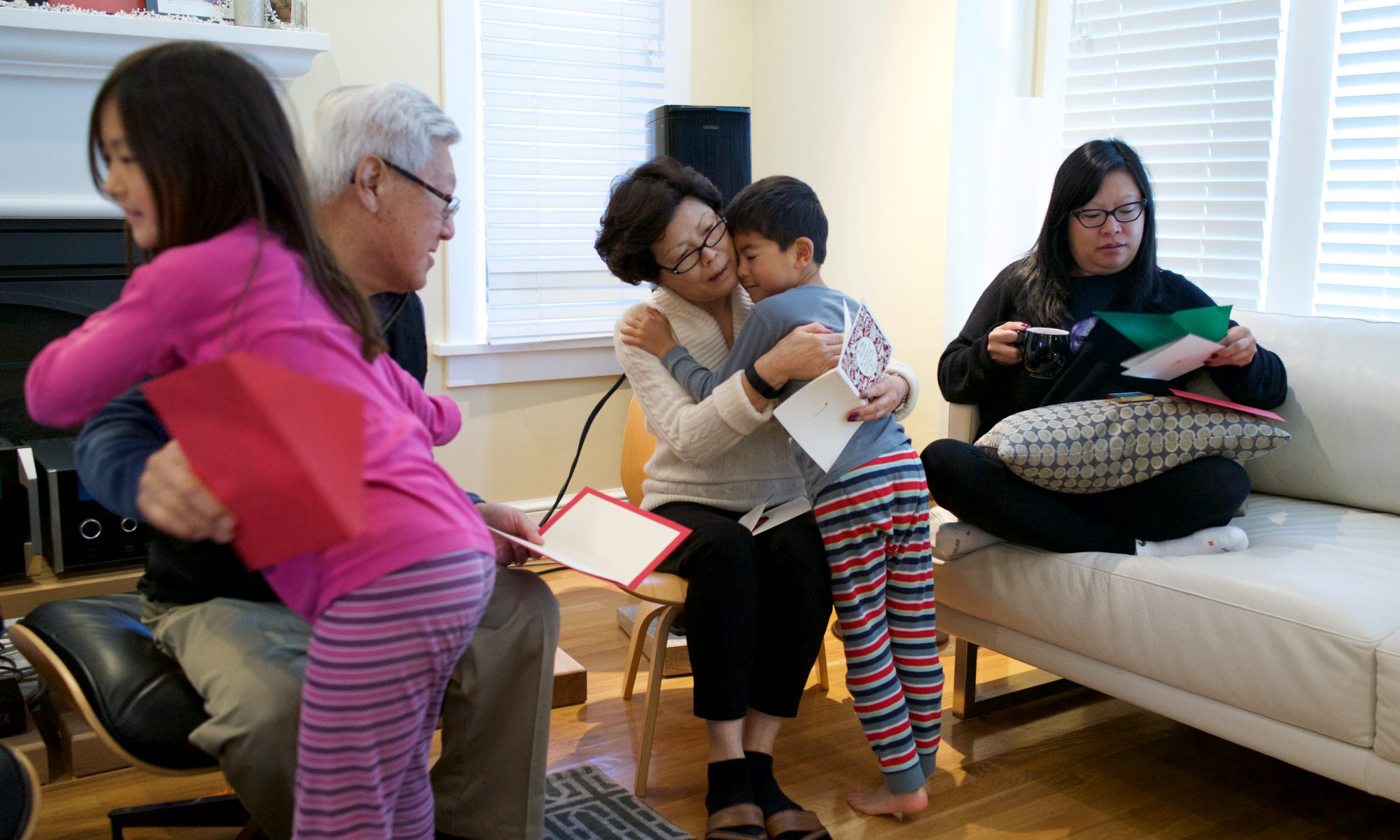 It’s very rare that we celebrate Christmas at our own home. This year was the first I can remember that the kids opened their presents on Christmas day from under their own tree. We were fortunate my parents and Jen were visiting us for the week. As always, the kids received way more from their family and Santa than they need or deserve. Despite that, they were very appreciative of their thoughtful gifts.

On Christmas Eve, we went out for dinner in San Francisco at Spruce. On Christmas day, Grace, mom and Jen prepared an amazing meal and required a lot more work than anticipated. Thank you! 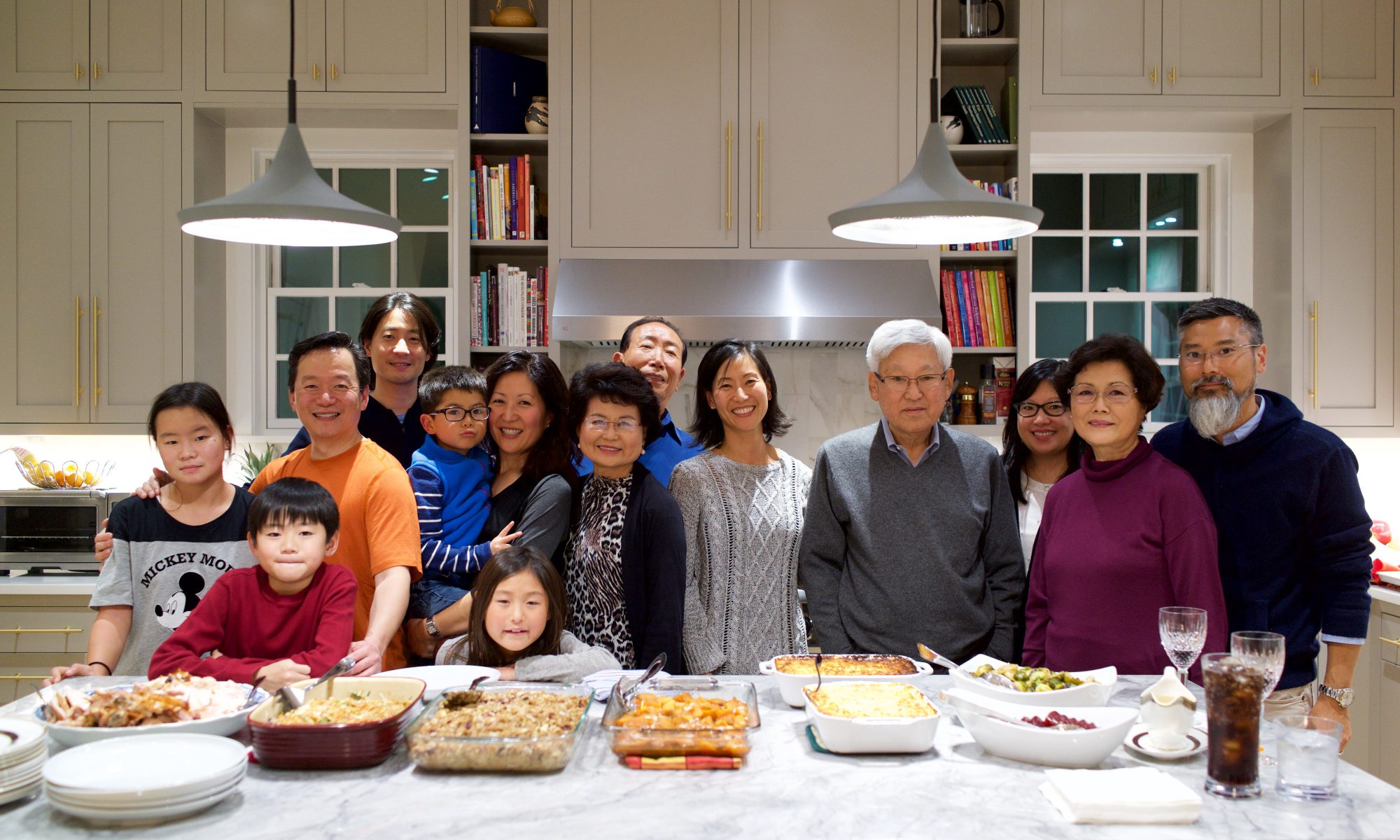 Addy and Charles moved to Rye in Westchester County this past Summer and have been settling into their new home. We no longer have a critical mass in California, as all our siblings now live in NY. They were kind enough to host both the Parks and the Rhees for Thanksgiving last week.

Lucas and Olivia have been especially missing Cameron and Delaney and were so excited to see them. There were many fun things to explore on the property, not the least of which were the trampoline and a pre-historic rock, which I understand took the better part of a year to demolish. The new house is beautiful.

I left the house one time in the several days we were there. We all stayed on California time, so there was a lot of sleeping and napping at odd hours. The one time we did leave, we went to White Plains to see a movie and Mamaroneck to pick up a pizza. Other than that, I didn’t get to explore the area much, especially Rye proper. Next time!

We had a great Thanksgiving together with all the families. Thanks, Addy and Charles, for being such great and gracious hosts. There’s discussion of a destination Thanksgiving next year. 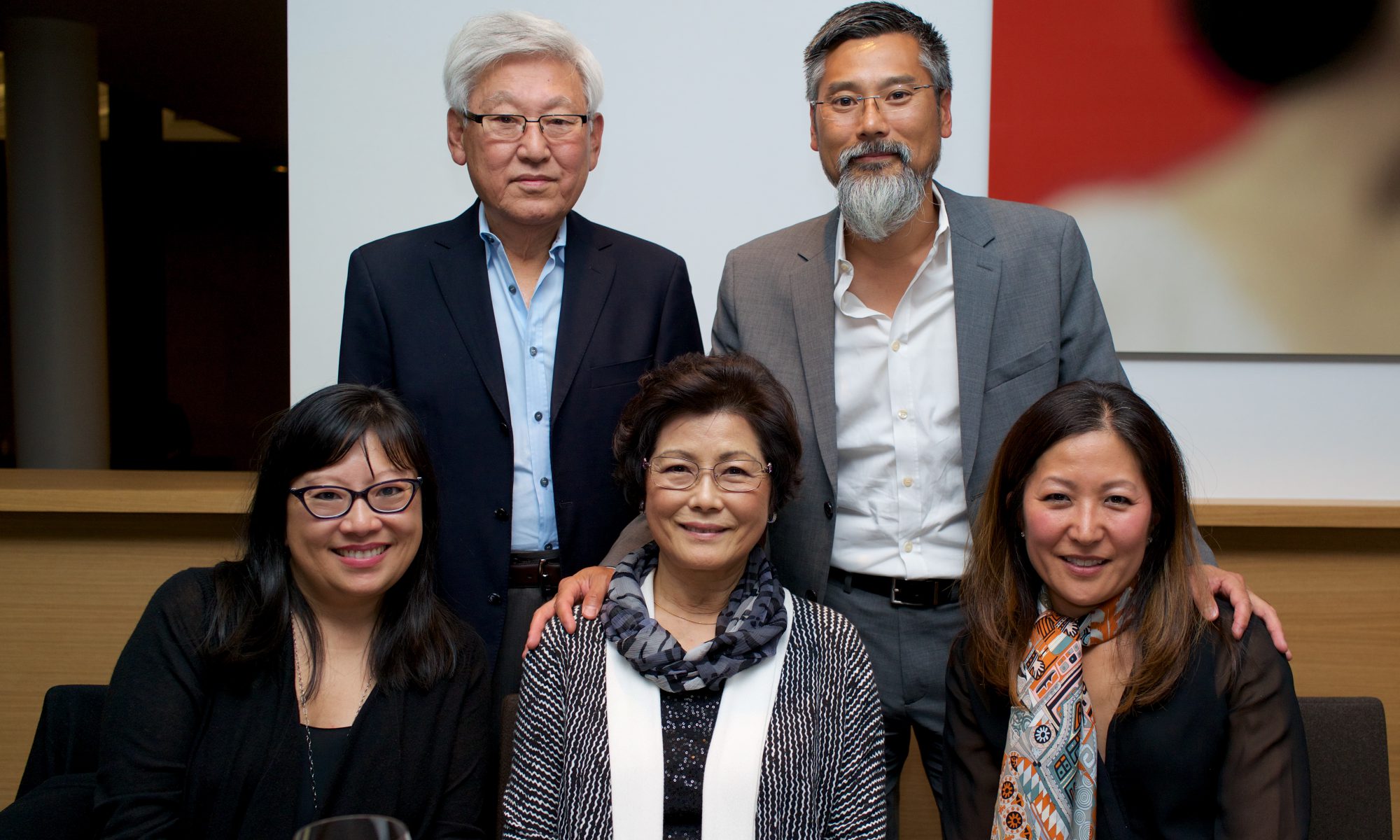 Grace invited my parents to come visit for a couple weeks to help out during a busy time. Both mom and dad have been working hard for the kids and us. One benefit of the timing was being able to celebrate my mom’s 75th birthday together. We wanted to do something special, so I made a reservation at Benu in San Francisco, which I’ve been wanting to try. On a whim, I invited Jen to join us, too, and she made it happen as a surprise.

Everything came together yesterday as Jen arrived from NYC and we all met in SF for one of the best meals of our lives. My mom enjoys food and cooking, so I think the experience was appreciated by her. I have no idea what compels me to take photos of all the food, except that each course was as beautiful to behold as it was to eat (I think I even missed a course or two). It was a memorable experience indeed and we’re so thankful to have been able to celebrate together with Jen.

Happy Birthday, to our wonderful mother who is beautiful inside and out. We’re all so fortunate to call you mom, grandma and wife.