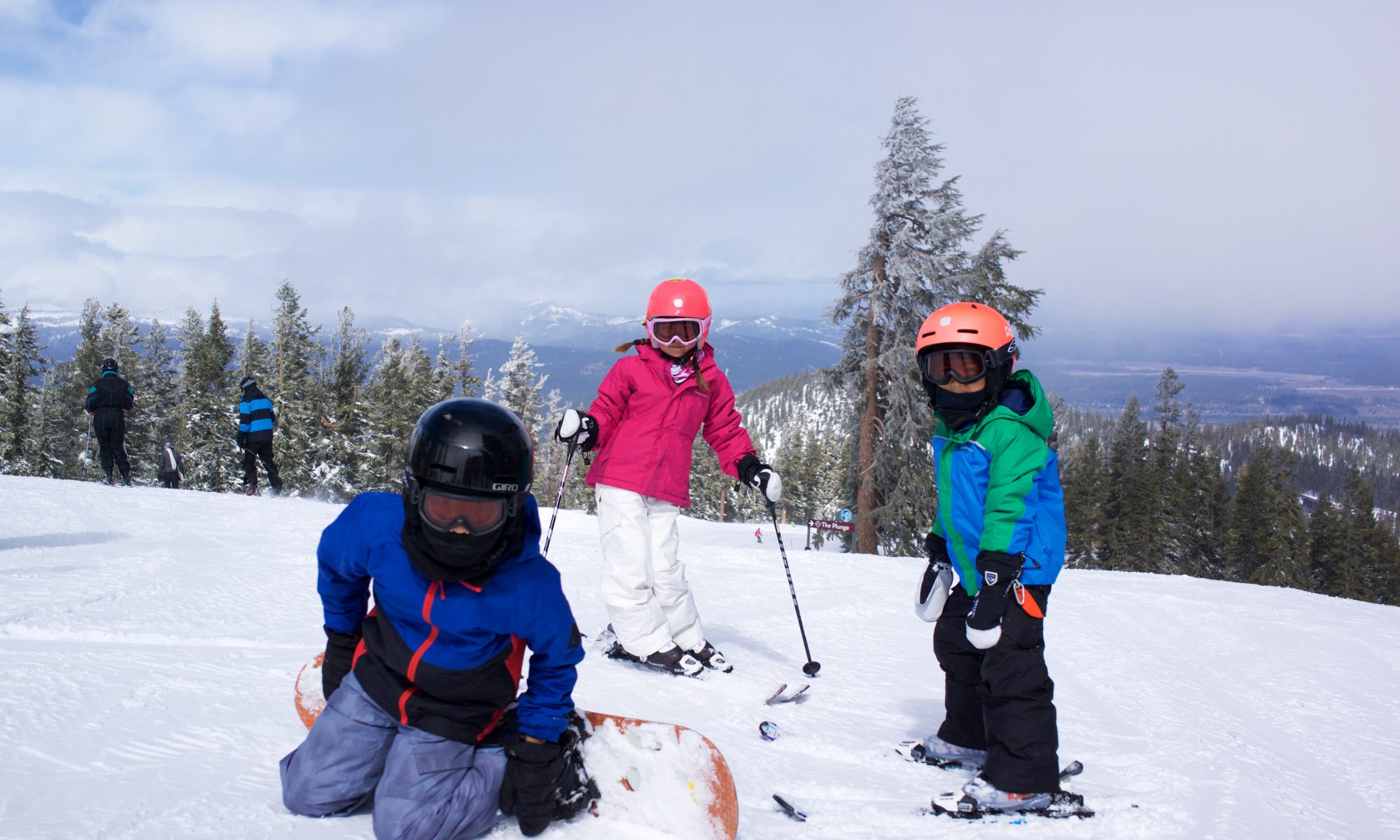 We went to Tahoe at the beginning of February with the Moons and met up again with them during ski week in Colorado. This past weekend, we went to back to Tahoe and stayed at Martis Camp, where they will be building a home. When we arrived, we were surprised at how little snow was on the ground, given all the precipitation the area had received.

On Saturday, we all skied/boarded together (minus Grace). It started out as almost a bluebird day, but after lunch a welcome storm had moved in. Saturday evening, we had dinner at the Family Barn and ran into some other friends who also went to the same pre-school. We haven’t seen them in a while, but Lucas and Julia were BFFs and it was so cute to see them reunited.

On Sunday, we woke up to a ton of fresh snow. All eight of us headed out together. The snow proved to be perhaps too much of a good thing as the kids had a rough go of powering through some ungroomed runs as we tried to make our way over to the front side of the mountain. We took a couple breaks before packing it in about 2pm so we could get back and get on the road at a reasonable hour.

Apparently Waze doesn’t understand chain control and it took us over an hour and a half to simply get past Donner Lake. It was slow going and somewhat treacherous as the snow and rain were unrelenting the entire way home. We stopped at a different Il Fornaio in Roseville on the way home, which turned out to be very nice and cozy.

Another great (and possibly last) ski weekend in the books for this season. It’s always fun to travel with the Moons and run into friends on the Mountain.