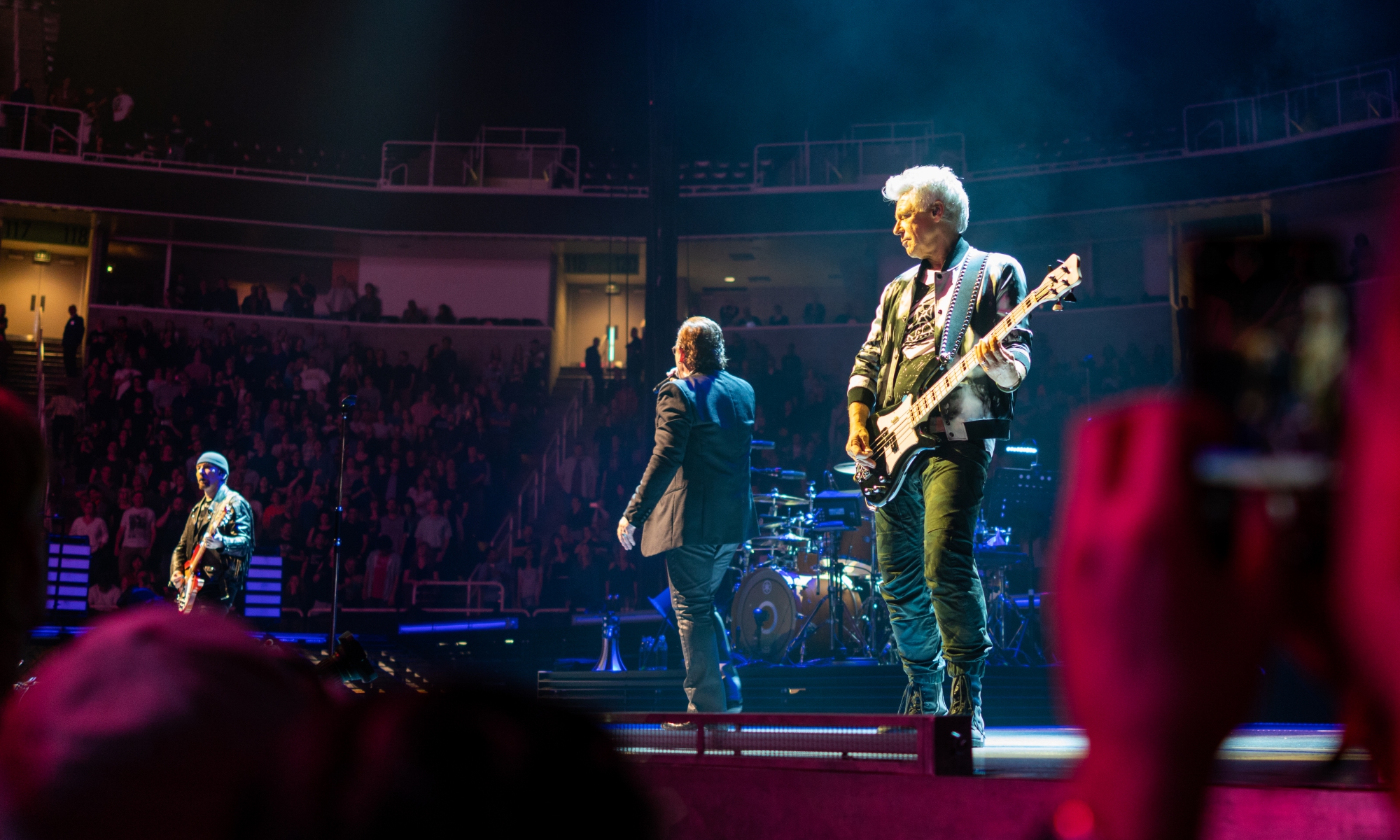 Somehow I ended up with tickets to both shows at San Jose. I originally got seats for Grace after our last GA experience. When they announced a second show, I opted for Red Zone GA, thinking I could decide which one later. It turned out that neither pair was transferrable/sellable so I got to experience both.

The first night was quite civilized as it included dinner in the BMW Lounge. Plus we didn’t have to get there super early to stress about a spot. Just like Songs of Innocence, there was no perfect place to see the entire concert, but being right in the middle I guess was the best compromise. We were pretty far away from the action, except when The Edge came close to us for Pride.

I thought the show was great. Although they didn’t play one song from Joshua Tree, we got all that last year. This show was still like a greatest hits.

On the second night, I invited my go-to concert buddy, Erich. Even though we didn’t get there super early, we were still there in time for 2nd row in the Red Zone. I could have given up our spot to move to the b-stage, but decided it wasn’t worth it as I already saw the show and knew the end of the show would be where we were standing. It was basically an Adam Clayton photo shoot because we were closest to him for most of the show.

The setlist was the same for both nights with the exception of Red Flag Day, which was their live debut on Tuesday.