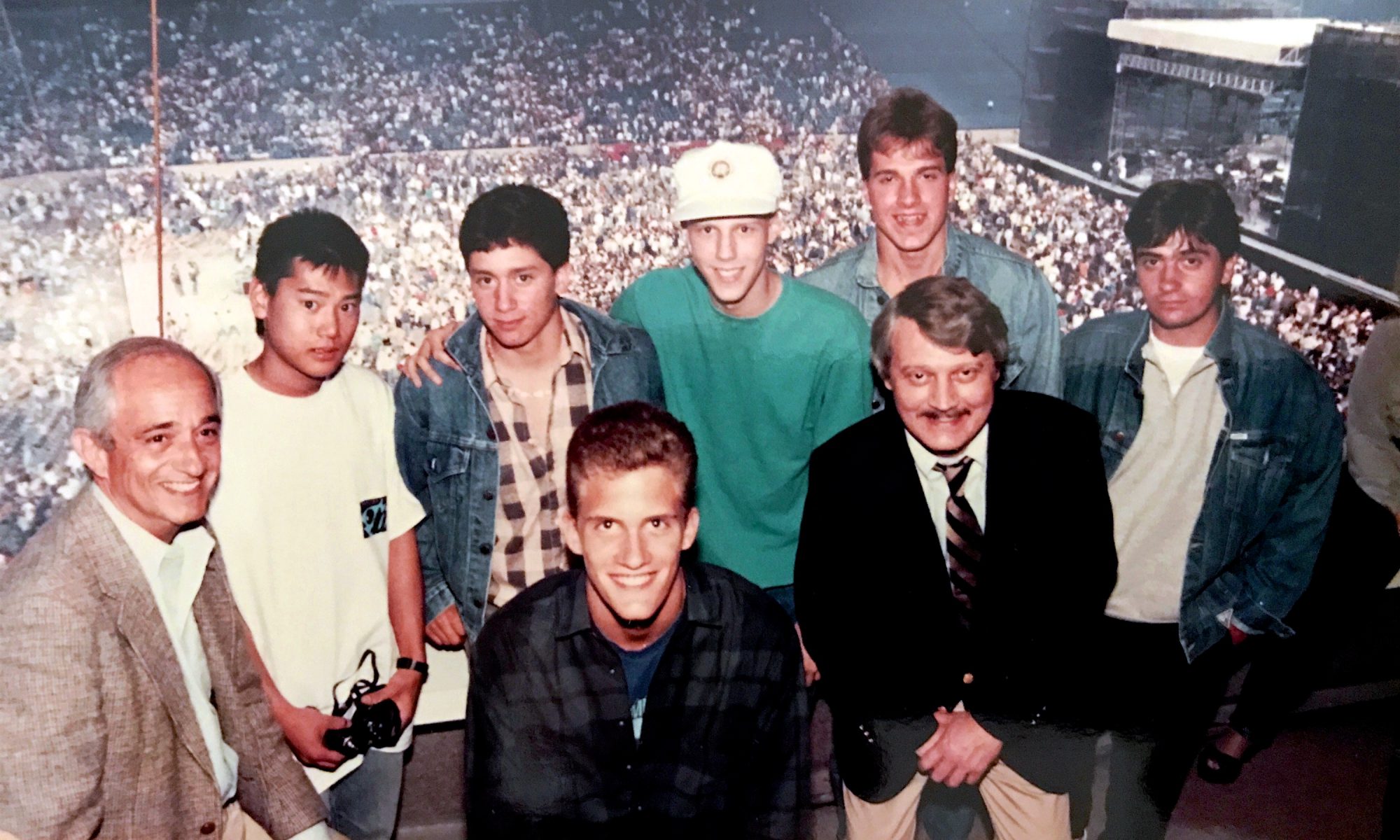 I’ve seen and posted a few times about U2 and it’s no secret they’re my favorite band. The Joshua Tree happens to be my favorite album and concert, so when they announced this tour, I was very excited. I loved our GA tickets for the last tour, but I feared Grace wouldn’t be up for it again, so I just got us seats with the other adults.

I had two extra seats, which I pretty much couldn’t give away. As a backup, I considered taking the kids. My thinking was that Bono turned 57 this week and if and when Olivia and Lucas wanted to see U2 when they were adults, well, you can do the math. I quizzed them on a couple U2 songs and Joshua Tree and they failed miserably, so the show would have been lost on them. Grace and I made a date night out of it.

It’s pointless to debate what album is their best. For me, The Joshua Tree isn’t so much about the music (which I still think is among their best), but more about a time and place. I’m sure music is like that for a lot of people.

On April 30, 1987 (almost exactly 30 years ago), I went to the original Joshua Tree concert at the Pontiac Silverdome with my best friends. To be exact, J.C.’s dad, Jack, and Chris’s dad, Al, took J.C., Chris, Nick, Mike, Steve and me to the concert, which we enjoyed from a box. Earlier our junior year, J.C. was diagnosed with cancer, and a result, lost his leg followed by his beautiful hair (which the girls had loved since 6th grade – feathered, of course). As such, watching from the box was more out of practicality than privilege.

Looking back, I feel those dads wanted us to experience this together as the future at that time was so uncertain. A little over a year later, J.C. passed away, which was the biggest loss I had experienced in my short, sheltered life. Now thirty years later, Jack, Al (an important figure from my childhood) and even the Silverdome are gone. But, I feel fortunate that these guys are still among my closest friends and that night remains one of my most cherished memories.

This blog is a testament to the fact that I’m the most nostalgic person you’ve ever met. Part of that is because like memories, some of our most important people exist only in the past. This blog is also mostly for Olivia and Lucas. They know their uncles Chris, Nick, Mike and Steve very well, but only know a little about J.C. If they wonder why The Joshua Tree is my favorite album, when they read this, hopefully they’ll understand why.

Thanks to Chris, who sent me a copy of our concert photo.