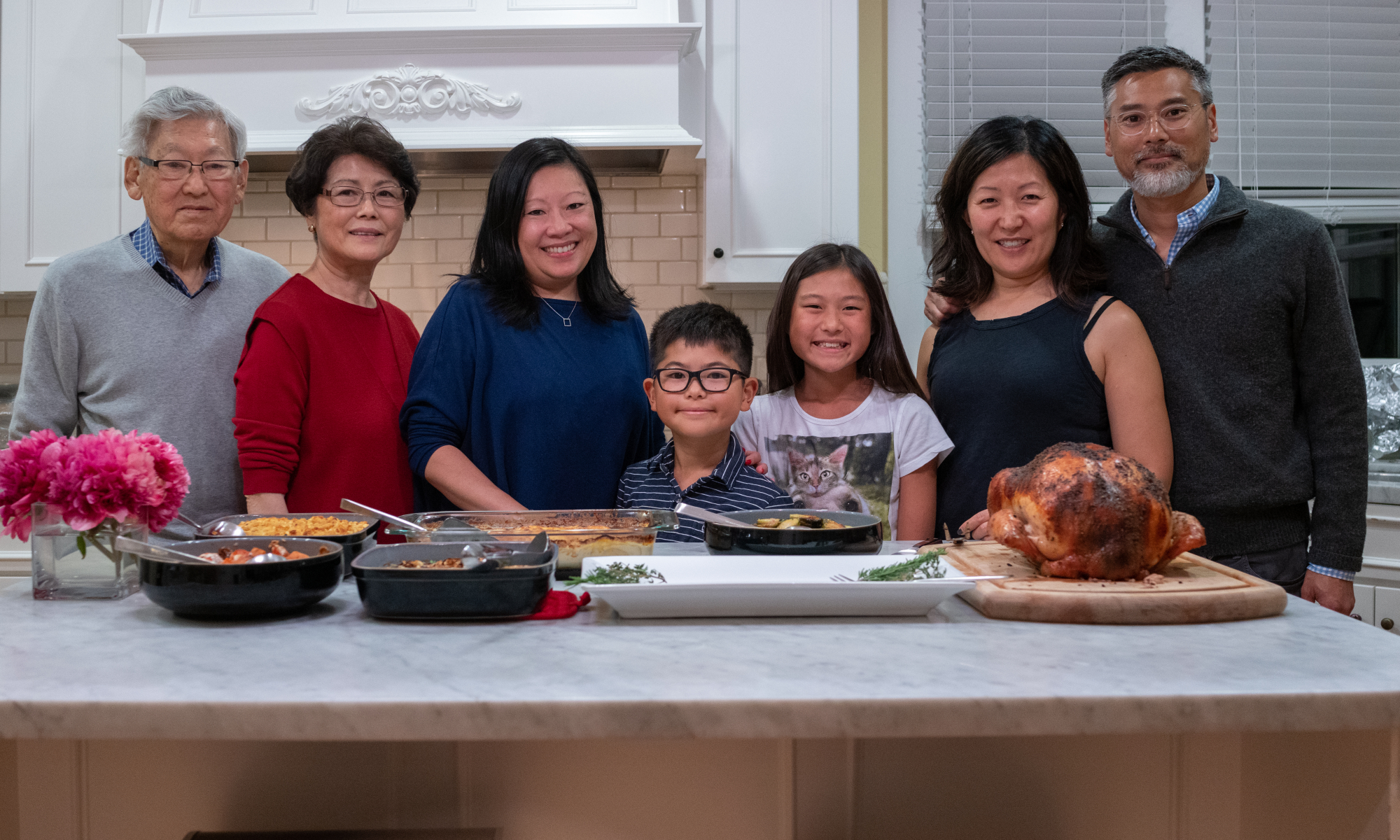 Jen and my parents came out to California for an extended stay during Thanksgiving. Grace contemplated dining out for Thanksgiving dinner, but Jen, my mom and I had a secret vote to cook our traditional meal.

I intended to cook the turkey on the BGE again this year, but overthought the whole thing and made some big mistakes. First, I saw a friend post about a special recipe and I started watching YouTube videos. The main thing that threw me off course was deciding not to brine the turkey, with which Jen was on board (easier, right?). Because of this, I didn’t take the turkey out until a couple hours before putting it on and realized the inside was still frozen! No worries, everyone said, so we just stuffed it with fruit and aromatics and left it out. Grace mentioned that one of the reasons she brines is to defrost the turkey. Noted.

Next, I decided to get too technical with my temperature probe and put it at the level of the plate setter. Obviously the grill is a lot hotter there than at the dome thermometer. At times there was a 100 degree difference, which caused a lot of confusion. Attempting to keep the temp low, I went by the grill level and that caused the turkey to cook a lot more slowly than I wanted. Dinner was now late, which was always my biggest fear.

We took the bird off at some point and using three different thermometers, we got three very different readings. One thing was clear was that the inside needed to cook more, so I put it backed on and cranked up the heat. We were going sideways at best. Finally, everyone said it must be done, so we took it off, let it rest for a bit and started carving. The inside was still pink! We ended up carving a bit and putting the white meat in the toaster oven and the dark meat in the regular oven to finish.

What. A. Disaster. Well, it all worked out and everyone ate plenty. I learned many lessons and hope I can redeem myself next time.

Most importantly, we had a great visit with Aunt Jen and Michigan Grandma and Grandpa. That’s more than enough for which to be Thankful. Happy Thanksgiving!