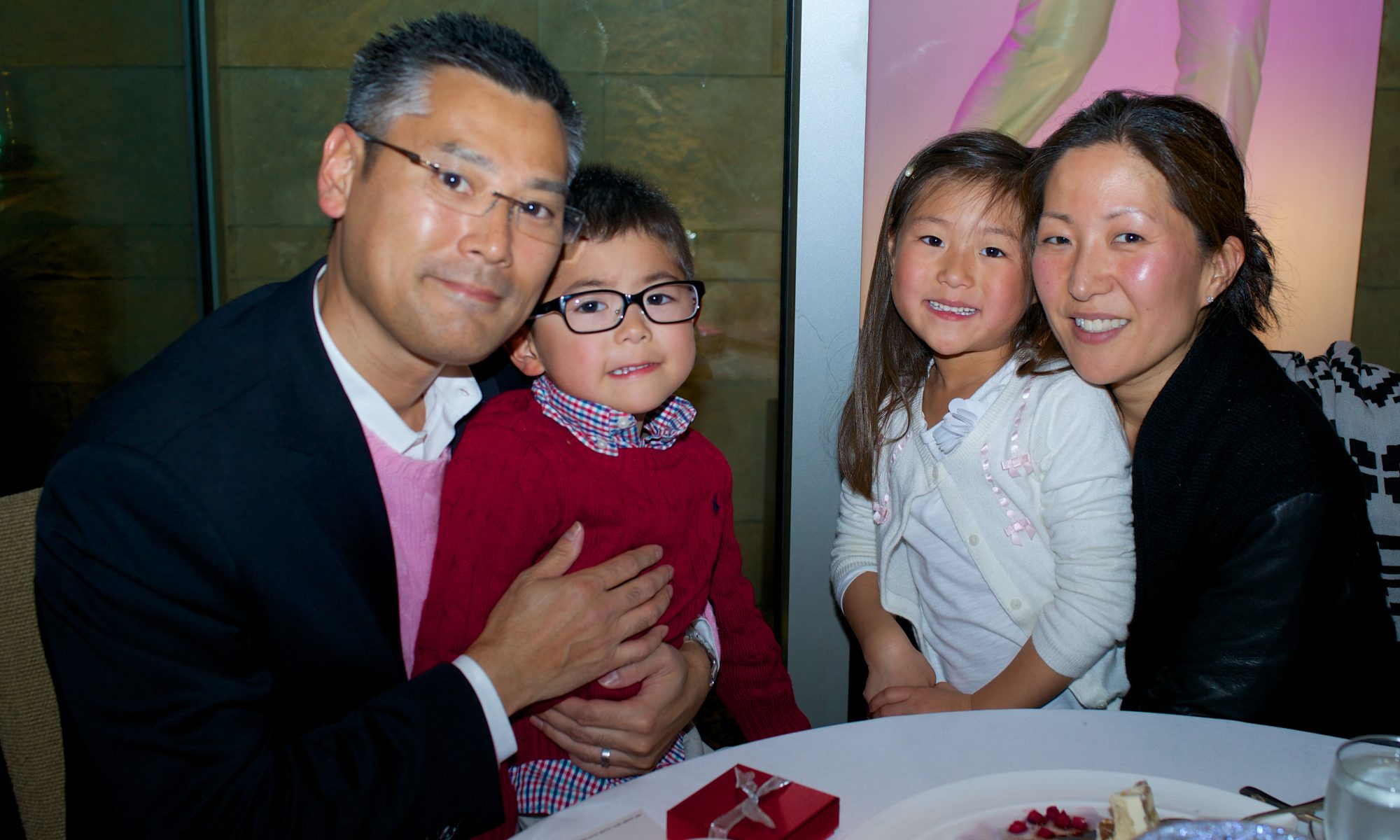 After a long week, I’m pretty sure Grace just wanted to go home and sleep. However, I really wanted us to celebrate Valentine’s Day with all our loves. We had a very nice dinner together at Quattro in Palo Alto. 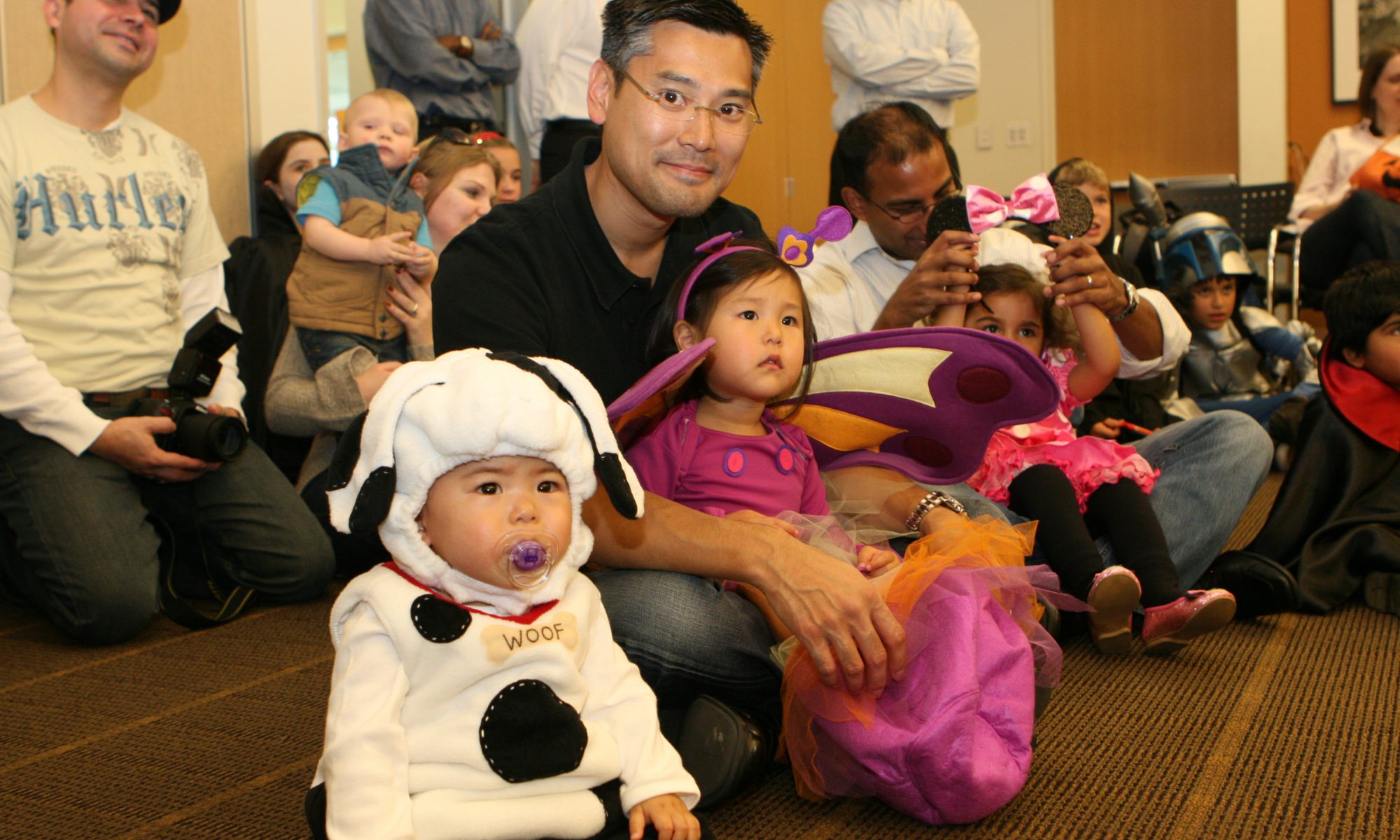 On Friday, October 30th, Grace’s office hosted a Halloween party down in Palo Alto, complete with a magic show, a petting zoo and pony rides. Olivia know what to make of Daffy Dave. She didn’t crack a smile and then requested to leave. However, when it was all done, she went back into the room and sat there by herself, captivated by him. Then, she wouldn’t stop asking about him.

It was good to see all the familiar faces and their kids. Happy Halloween! 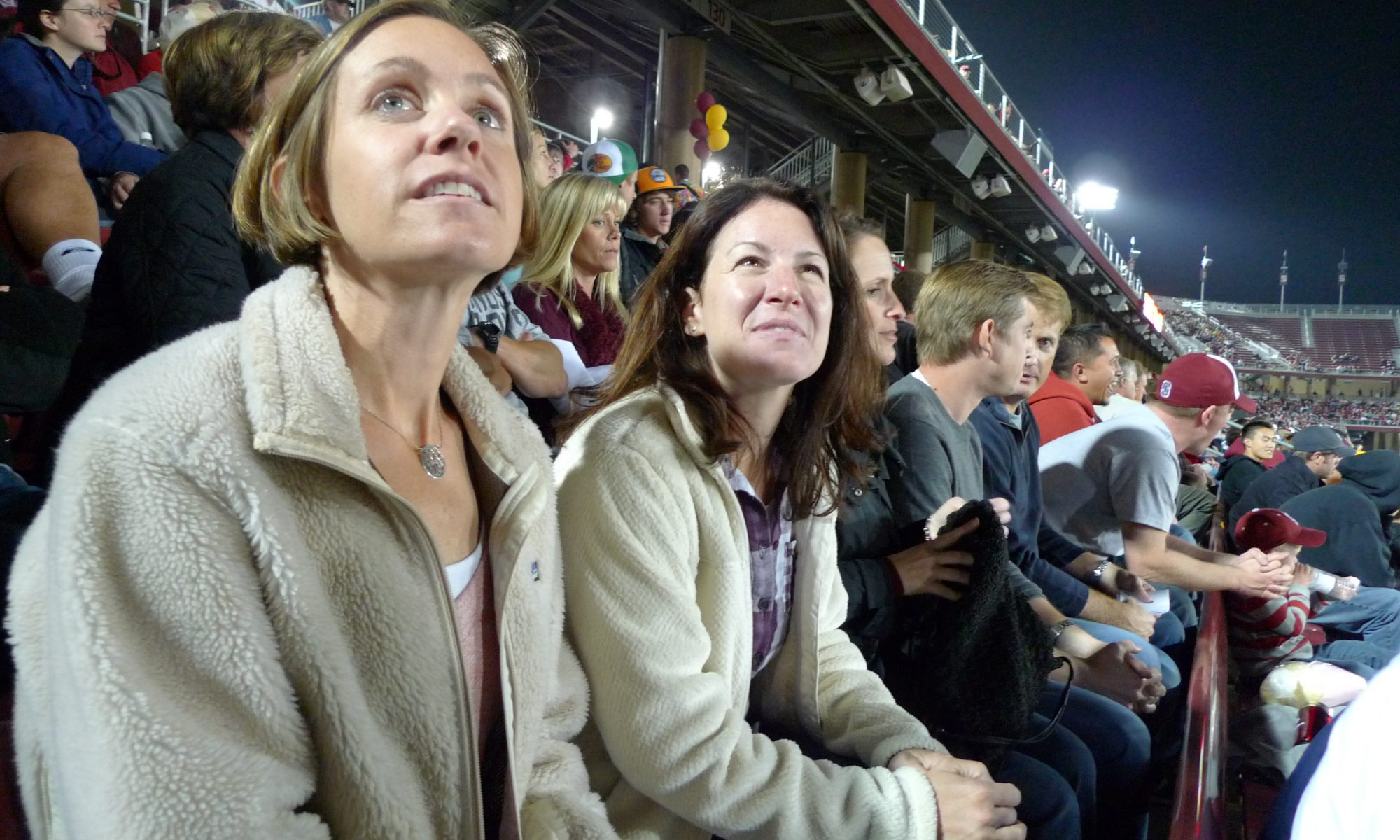 Someone decided that we (Burnetts, Idemas, Patches, RT & Beth) should all get together for a Stanford football game. So Posse got the tickets (with important input from me), the sitters were dispatched, and Grady and Amy got all the food and beverages . We all met up for a real tailgate, and by tailgate, I mean white wine, hommus and Enya playing out the rear of someone’s 7-passenger German crossover. Okay, so I’m exaggerating about the Enya, but there was also a store-bought bean bag toss game (I was pretty sure those are meant to be home-made only). All joking aside, the food and company were great, and no one could escape the 2 bags of iced circus cookies.

Regarding the game, I showed up and didn’t know for whom to root. Ironically, out of the 10 of us, Grace was the only one to have actually attended Stanford, but she doesn’t have a lick of gear. Perhaps her 7 years was enough for all of us?

I found the new stadium to be a bit sterile for my taste. I also didn’t find the Stanford half-time show very sporting or gracious towards the ASU fans (especially as we were sitting next to all of them). We left shortly afterwards to resume the buffoonery (eating circus cookies) at the tailgate.

Thanks again to the Burnetts for hosting. When’s the next game? 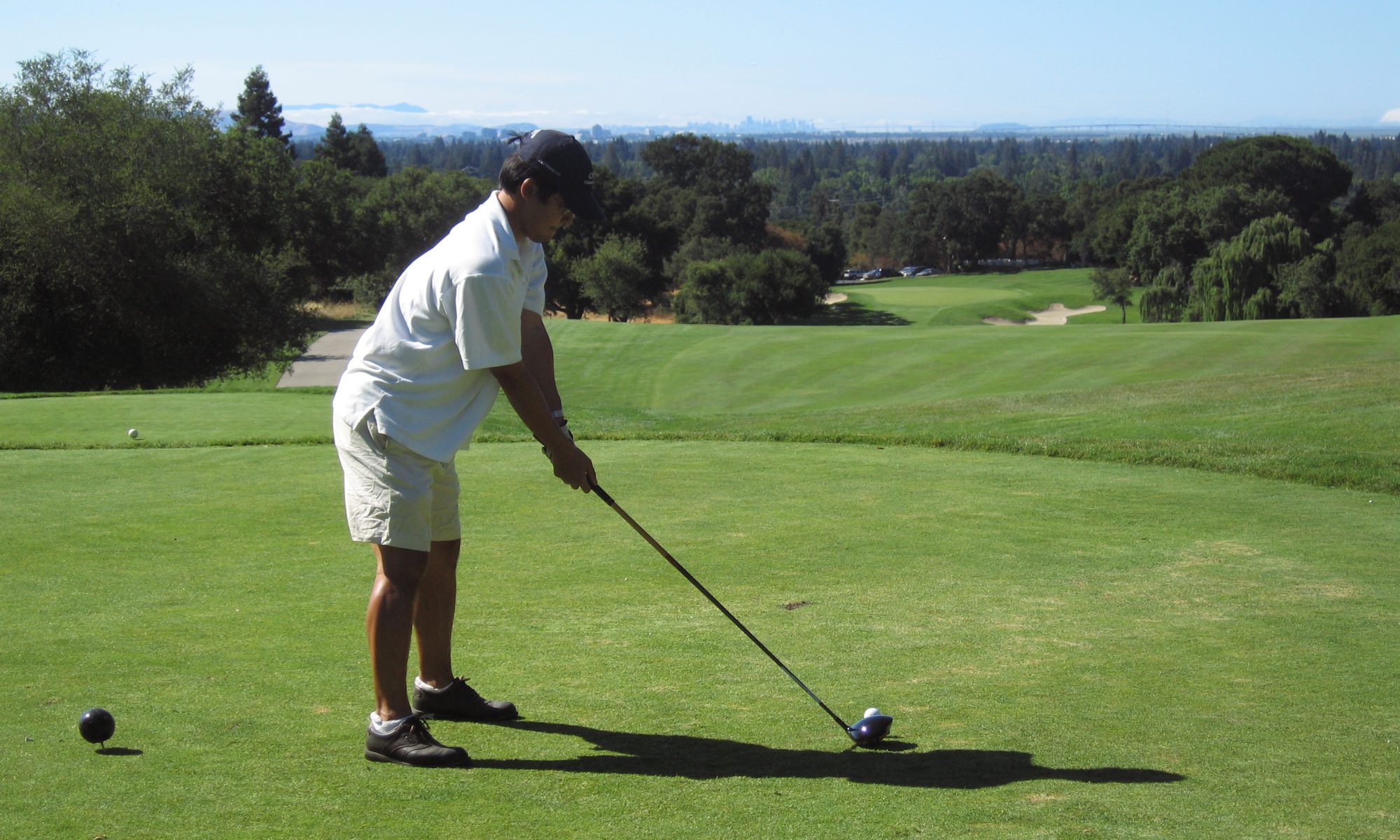 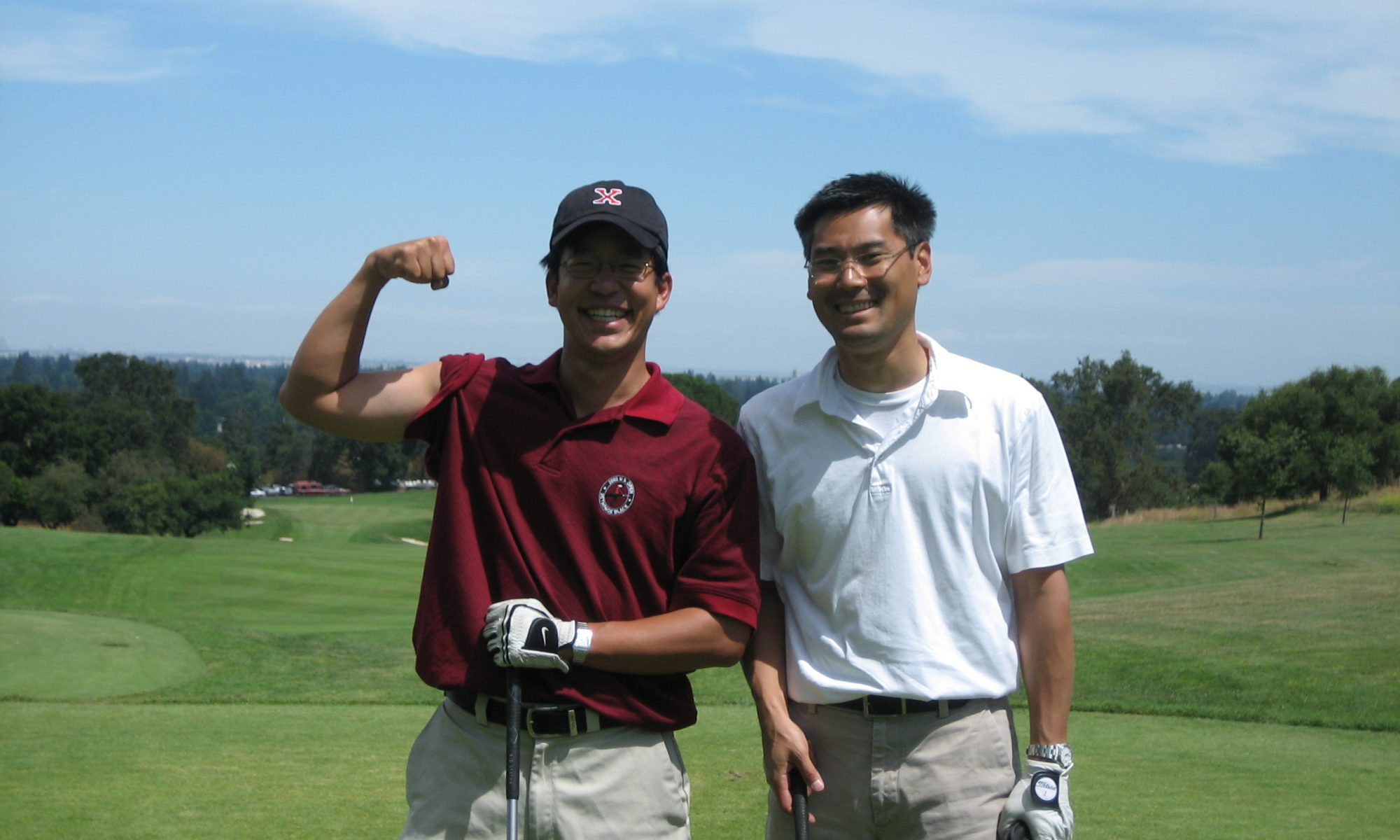 Grace and I both had to work on Monday (boo). However, on the 4th, we treated ourselves to golf at Stanford with Jay Chiang. I feel like it’s been over a year since we’ve played there. It was a reminder of how lucky we were to play there for $20 each when Grace was in school (it’s about 5x that now). It was a beautiful day and the course was in great condition. We had lunch together in Palo Alto to celebrate Jay’s birthday (5th).