Luna’s day bed also serves as a digital-to-analog converter. All the human beds in the house together do not exceed its value (to me). She does whatever she wants, wherever she wants. #freecat 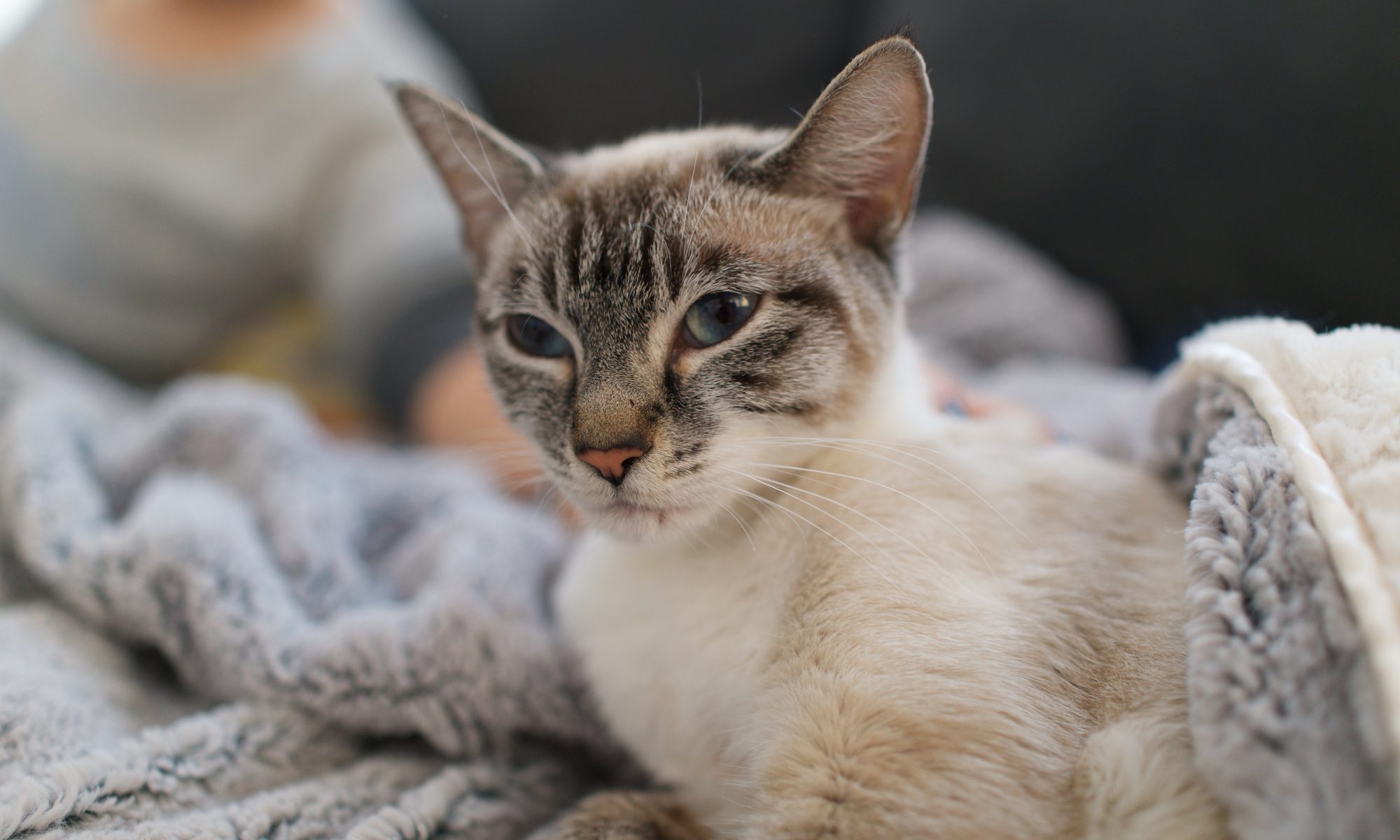 Olivia has been lobbying for a cat for quite some time. I’m an advocate for any kind of (furry) pet, though I am partial to dogs. It took the family a while to get over the passing of Snickers, especially Grace. But, the time had apparently come, as Grace told Olivia we could get a cat on her birthday.

We’ve been going to the local SPCA periodically, “just to look,” for quite a while. However, after we got back from our holiday travels, we went every weekend. There aren’t many kittens this time of year, and Grace and Olivia really wanted one.

On January 28th, we went on our weekly pilgrimage, and found they had a couple of young new arrivals. We met the first one, a beautiful gray cat, who was friendly, but very shy. We met a second cat briefly, as Lucas had to go to a birthday party, so after a quick deliberation, we decided on the gray cat. By the time I returned, Grace and Olivia had decided to take home the 2nd cat, as she was much friendlier and less shy. Snickers was pretty skittish, so I can understand the reluctance to get another cat that would hardly be seen.

The cat was a stray and guessed to be about a year old. She was found pregnant, but too malnourished to carry the kittens to term. She had a name when she arrived, but it was changed to Pomegranate. That was too much of a mouthful for us, so we were going to come up with our own name.

When she got home, it became clear we need to call her something, so we brainstormed some names. I started throwing out Harry Potter names: “Hermione,” “Belatrix,” “Luna Lovegood,” Luna actually seemed to fit, as she had similar coloring to Luna Lovegood and she did look a little like the moon. It stuck, even though Grace wasn’t convinced.

It didn’t initially strike us how beautiful Luna is. She came home with us because in a way, she chose us with her friendly personality. The first night was interesting, as Olivia was determined to have Luna sleep with her, but she was set on sleeping on/near her face, so that didn’t last at all. Instead, she slept on Grace’s and my face that first night.

She is so friendly to everyone, including strangers. Everyone is in love with her. We’re so glad she has joined our family. Welcome home, Luna!