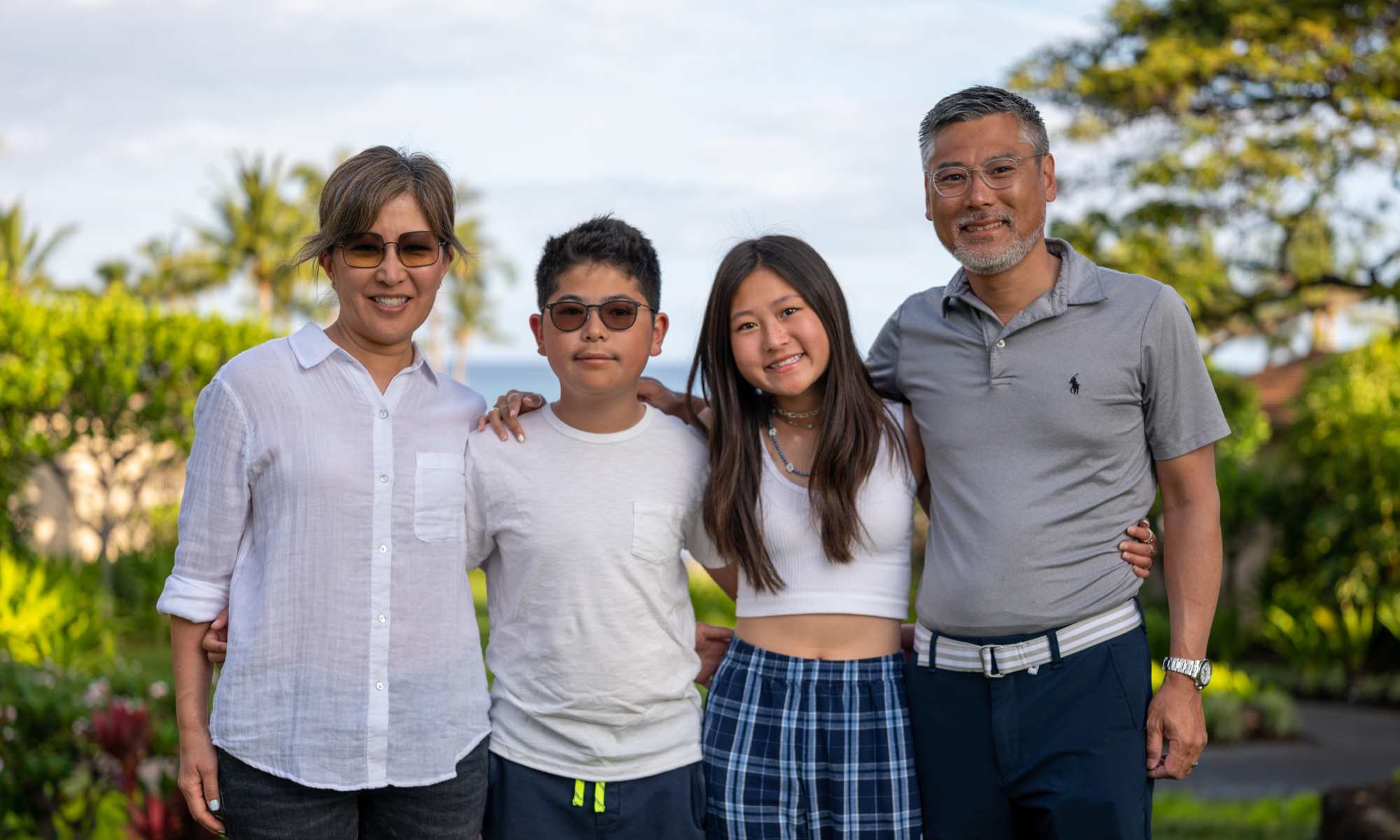 Spring break this year was also a belated celebration for Grace’s 50th birthday. Although we used to go to Hawaii a bit before the kids and also when the kids were very little, they’ve only been one time that they remember. We had a great trip with the Lees to Maui for spring break several years ago.

Grace thought it was time for a return trip to a special place for us, which is Hualalai on the Big Island, where we spent the second half of our honeymoon. We also went there with my parents on a babymoon before Olivia was born. Then there was one last trip with Olivia when she was a toddler.

In the past, we rarely left the resort, but Grace planned some memorable excursions for us throughout the trip. On Monday evening, we went manta ray feeding nearby. There were about 10 other boats in the same area just off the coast near the airport. They use bright lights to attract the plankton, which in turn attracts the manta rays who feed right below you. We ended up seeing 6-8 manta rays with four continuously looping under our board for quite a while. We weren’t allowed to touch them, but they were close enough that they touched us. Lucas had some trouble with his gear so didn’t enjoy it as much. Olivia said it was the coolest thing she had ever experienced.

Tuesday we golfed together. It was a tough round for everyone as the wind got up. Olivia got hit by an errant ball early on in the round and took a break for a while. We were mostly all smiles by the end of the round (except Lucas). We checked that off the list.

Wednesday morning we went out on a canoe at the resort. It wasn’t expected, but a pod of dolphins went right past us, which was so cool. We also saw a couple sea turtles. On the way back in, we were able to snorkel along the reef and saw many fish.

On Thursday, Grace and I golfed again while the kids tended to themselves by the pool. They survived the several hours unattended. We had lunch together and had more pool time.

Friday was our last full day and Grace had planned a ziplining activity in Kohala, which was about an hour from the resort. I though it was controversial to spend our last day away, but it ended up being really fun and the kids said they enjoyed it even more than the manta ray feeding. We didn’t really have time to swim when we returned, but everyone was okay with some down time.

Our amazing week in paradise went by so quickly. Given our late spring break, we ran into several friends from school at the resort and then met a few more families who were on our plane home. I also ran into an old friend from my earliest start-up adventures when I first moved to the Bay Area. It’s always a small world.

Lucas said it was sad like leaving camp, which I understood. Grace said it was one of her favorite trips ever (perhaps behind her 40th birthday extravaganza). We all had an amazing time and did the math on how old we’d all be if it were another 13 years before we return. I hope it’s not that long, but it will be worth the wait.

After spending 5 wonderful days in Oahu, we went over to Kona for the rest of the week to meet up with my parents. We sent them to enjoy Maui while we were in Oahu. Thanks to all of Grace’s travel, she was able to set them up in a beautiful corner suite at the Westin at Ka’anapali Beach. I think they may have been a little too spoiled because by the time they got to Hualalai, they seemed to be missing their spacious digs. In any case, we had a really wonderful time together there. We all golfed together one day (mom drove the cart and took pictures). Eemoh’s kids wanted to do something special for mom and dad’s 40th anniversary this year, so they treated them to a helicopter ride across the island to see the lava flows. Grace and I golfed together again that day.

We enjoyed Hualalai on our honeymoon. Since then, I wanted all of our parents to be able to enjoy it, too, so we were very glad to have mom and dad enjoy it with us. Hopefully, next time, mom and dad Park will join us, too. This was our last hurrah before the baby. It was a wonderful trip beginning to end. 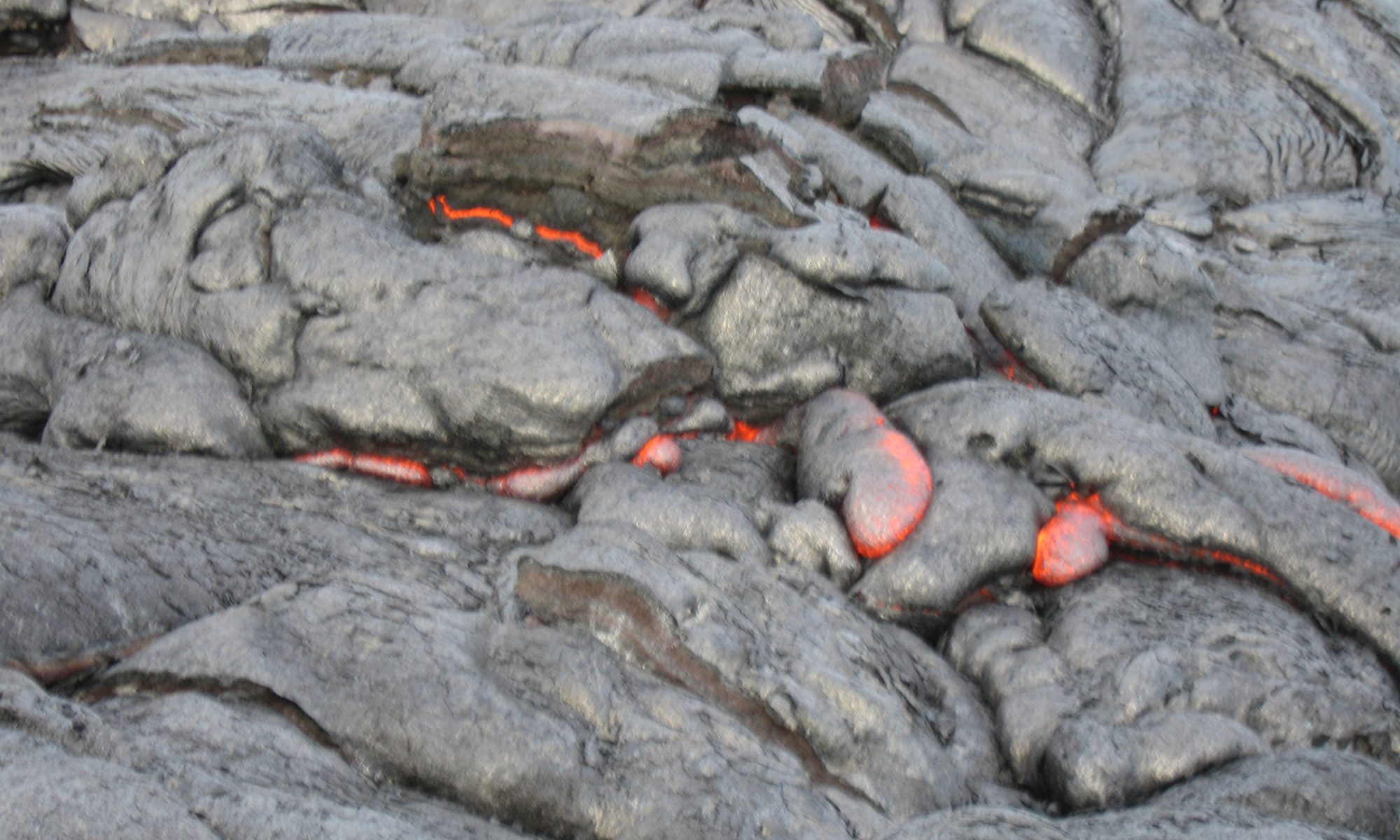 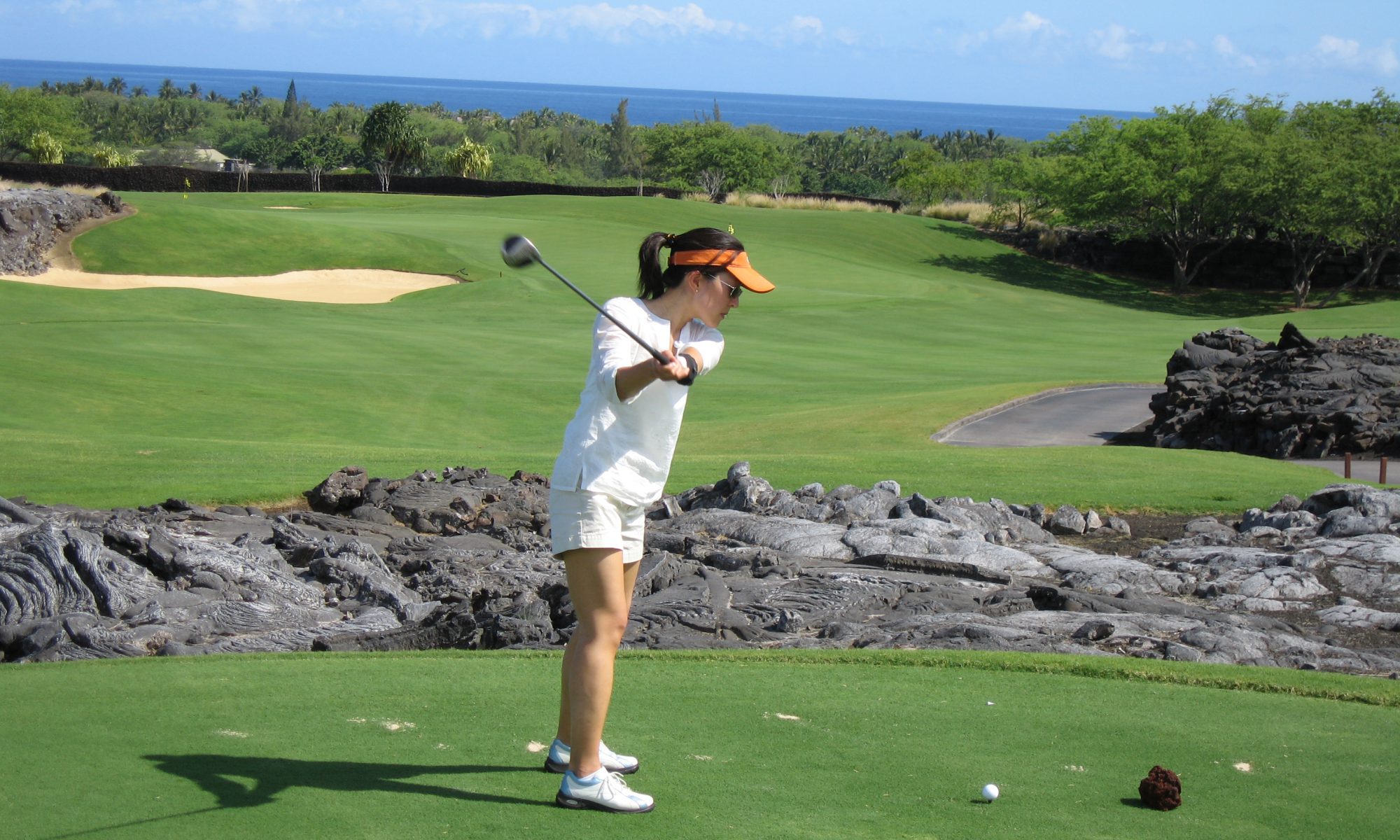