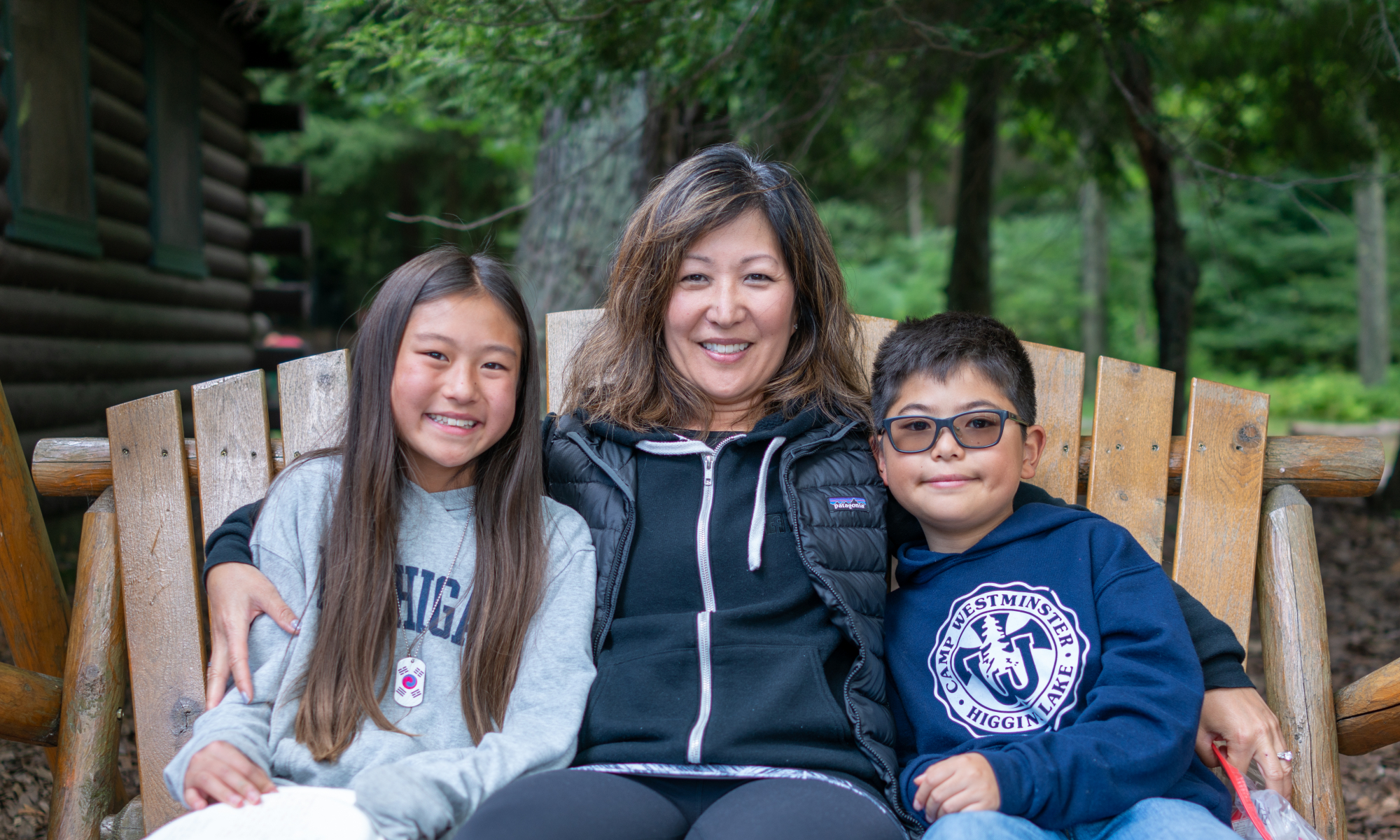 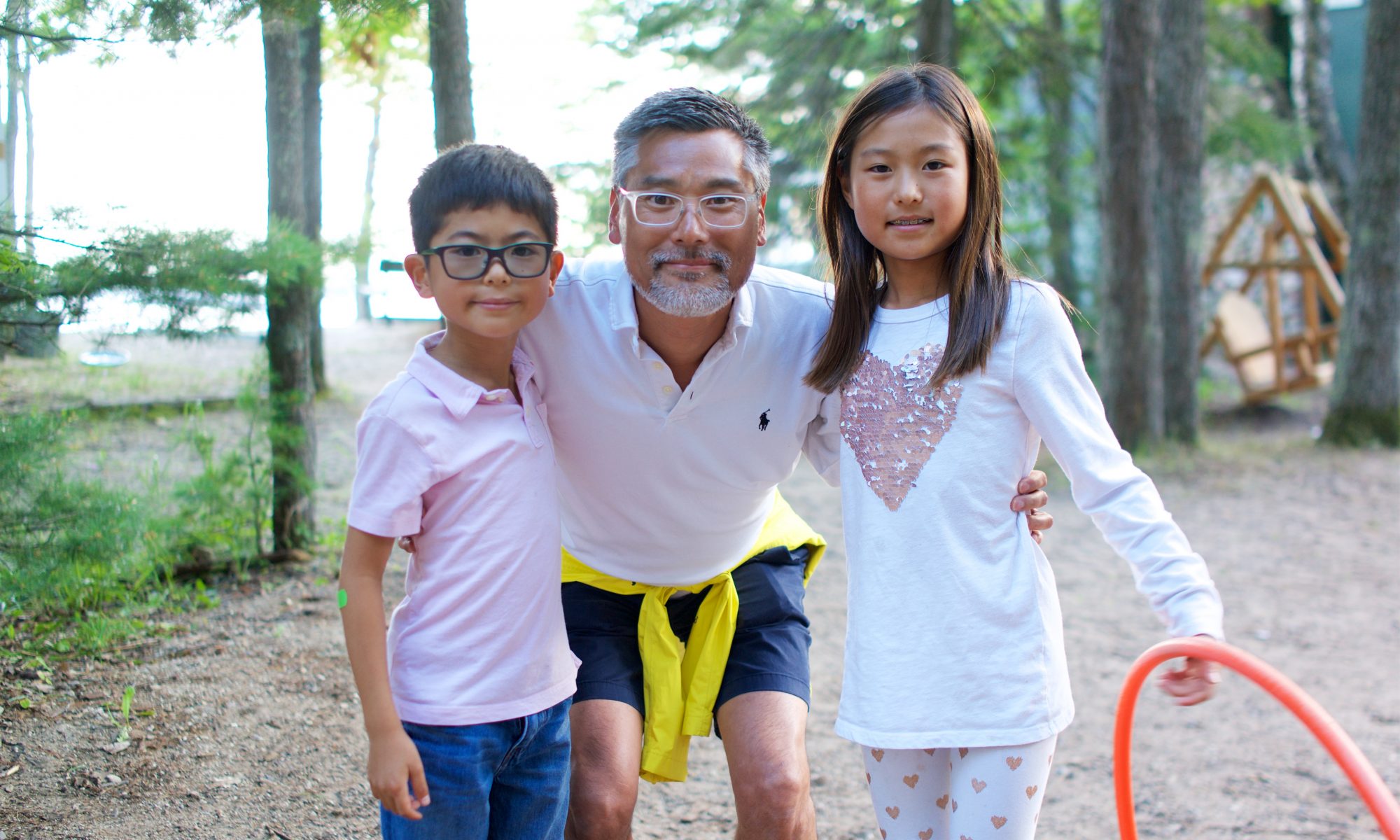 I think they’re still processing their experience. Lucas knew all his friends from last year would be intermediates this year, so he was a little unsure about what to expect. He had three brand new campers in his cabin and he said he liked it better because he was the only experienced one in his cabin. Both kids said Junior Program was WAY better. Olivia had many of the same girls in her cabin. Whether she liked this year better or not, camp seems to have relieved her “resting sad face” as I see her huge smiles in many photos, which is very gratifying.

Each year, I see more and more of my friends sending their kids to camp, which is awesome. While giving the kids their first taste of Big Boy, I ran into Cathy who was taking her daughter up for the first time. I saw Liz earlier this year and mentioned SJC and she brought Benjamin all the way from California. Sue Ann was the camp health officer. Joseph continues to entertain the campers 31 years later. Anita’s oldest son was Lucas’s CIT! And, I’m still waiting on Grace, Tessie and Clara to enroll their kids (though it’s always great to see them visiting).

I still can’t thank all of the staff enough for taking such good care of our kids. Thanks to Jami and Tyler for stepping up as Program Directors. And, as always, a big thanks to Doug for his continued dedication to the camp his mom started  41 years ago.

It’s still the best, most magical place on earth. I’m hopeful Olivia and Lucas have many more years ahead of them to enjoy it. Maybe one day I’ll be lucky enough to come out of retirement??? 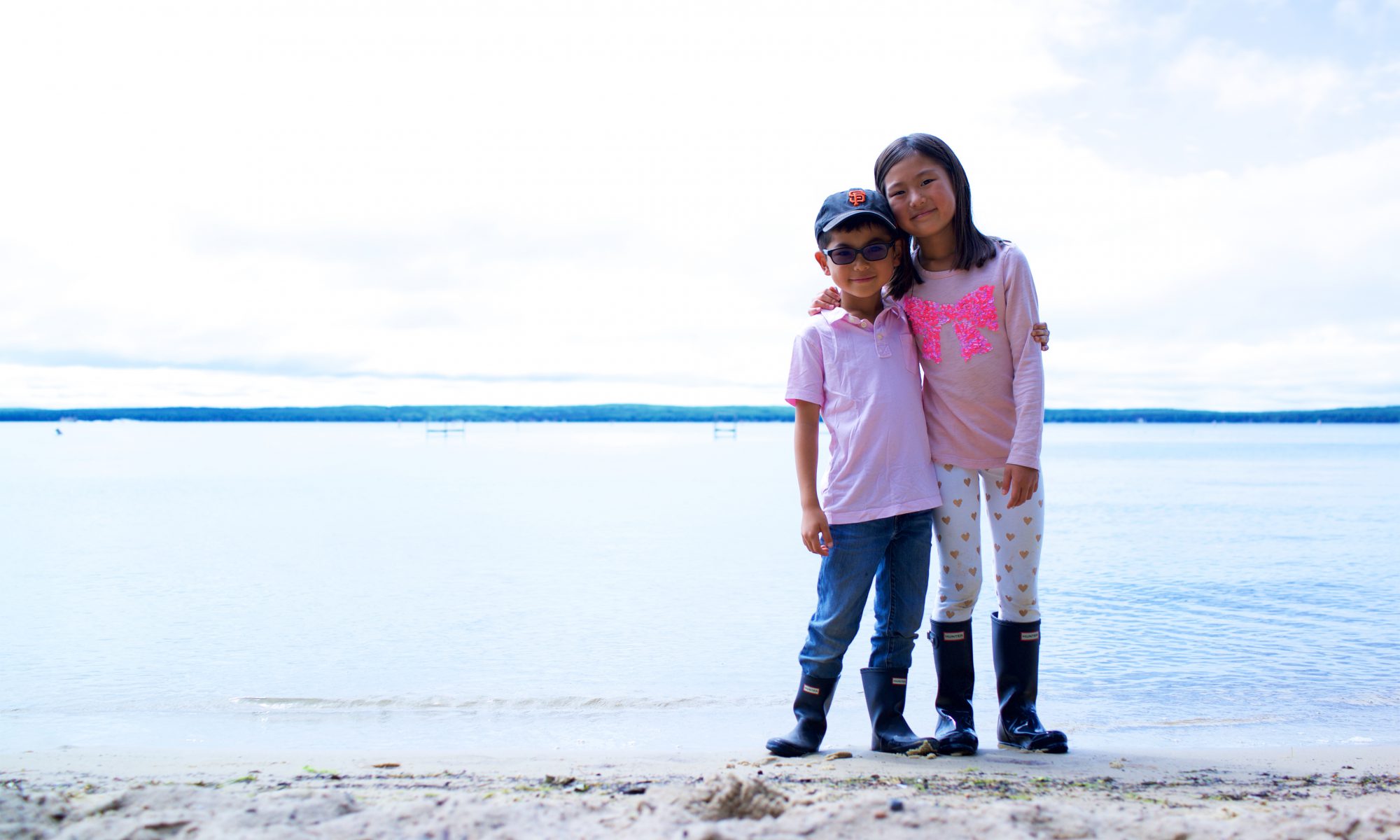 Last Friday was visiting day at SJC, which we’ve attended for the past five years, but this was our first as camp parents. My parents and their friends also made the drive up, making it three generations of people at camp who have contributed so much over the past 40 years.

Lucas and Olivia were happy to see us, but were doing fine. When the bell rang at the end of music, Lucas abruptly departed, fully-programmed after just one week. We met their cabin mates and they showed us around.

There is no longer a bus option, so we stayed overnight to bring the kids home the next day. There happened to be a beautiful top-ranked public golf course right in Roscommon, so I hatched an ingenious plan to stay there overnight. JP and YY booked a room there at the last minute and we now had a foursome and the first tee time. It was all so perfect, until I woke up to steady rain. JP and I hung out in the pro shop and watched the radar before finally throwing in the towel.

We got to camp around noon and the campers and staff were already saying their goodbyes. There were lifelong friends, new friends, Westminster staff, and our kids’ new friends and heroes. Beautiful people all of them.

Lucas’s expectations were very low and they were greatly exceeded. Olivia said as we were walking out that she didn’t want to leave. Neither of them were happy about the spiders, but that’s camp life. Thank you to everyone who made this a great first year of camp for our kids. Until next year!

Sae Jong Camp started in 1976, so this year, a reunion was planned to celebrate its 40 years. It was conveniently held just before camp and although the official agenda was just an overnight, we upgraded to come up early and get as much time as possible together. This was my opportunity to finally get Olivia and Lucas to attend camp, and it allowed me to be with them for a couple nights to ease into it.

Jen met us at the airport on Thursday and we drove up together on Friday. The hard core group was small, and included only Doug, Sandy, Jen and us. I was worried the kids might get spoiled staying in the new Worthington Lodge, which was a little too nice compared to their regular camp accommodations. Jen and I bunked together right next to Olivia and Lucas.

On Saturday, more old-timers arrived. Grace, Sandy, Mary Ann and Doug and their families represented the 2nd generation of campers, as their four mothers were the founders of camp and to whom we owe so much. Jin and Christine made a special effort to come and join us from DC and our BFF Linda’s family came in from NYC. After some touring of camp and some fun on one of the high initiatives, we joined this year’s camp staff for dinner.

The staff members’ dedication and motivations for their service to SJC were very inspiring and especially gratifying to me as I retired 13 years ago. No one has dedicated more time, energy and years to SJC than Doug, who has been there for some 30+ years of the camps 40-year history. His mother, who I remember so well, would be so proud of him. I feel especially fortunate that camp has survived long enough for my own kids to finally participate.

We saw even more old friends on Sunday, as the campers arrived. Some really surprised me. Linda’s kids, Phoebe (the youngest in camp) bunked with Olivia, and Olivier bunked with Lucas. Also, Karin’s daughter, Jamie, was Olivia’s counselor. Karin get’s the assist for introducing me and Grace back in college.

Lucas had been especially apprehensive about going to camp. He was the youngest boy and on Sunday morning, I got up at 5:30am (2:30am “my time”) and couldn’t sleep as I was a little worried about him. There were some tears as I re-packed his bag. He pulled me aside for a private chat and said, “Dad, I need to tell you something. I only came here because I thought it would make you happy.” I died. He killed me at 7 1/2. “Buddy, that’s so sweet, but I only wanted you to come to make you happy.” He clung to me until the very end and there were tears.

Ben, the program director, and several of the counselors were my campers back in the day. It was awesome to have that continuity and know they were looking out for Olivia and Lucas. I had some special operatives who provided me with proof of life by dinner time and regular updates thereafter. They were fine. Our family’s 2nd generation of SJC campers were having a great time. 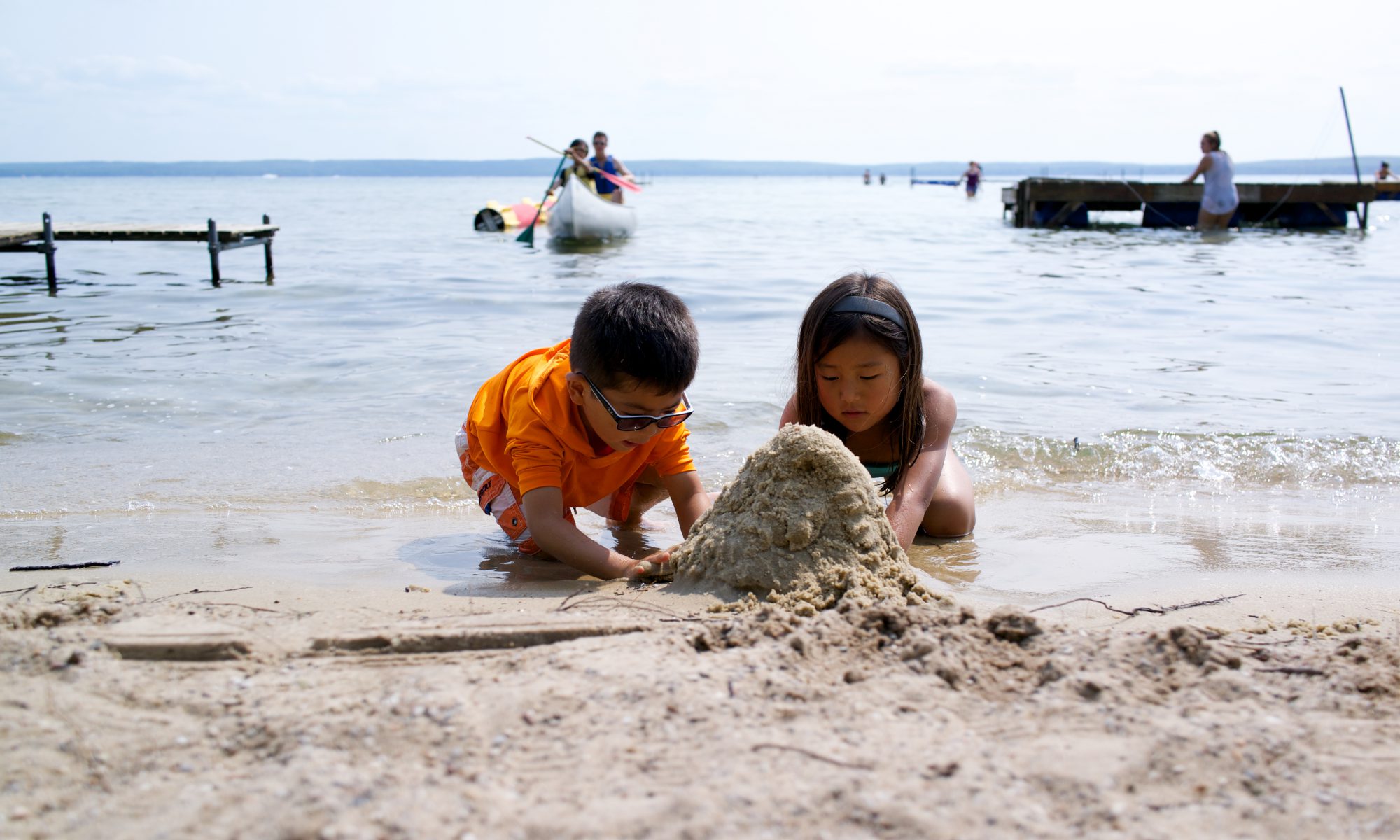 This was our third year of visiting Sae Jong Camp on visitors day. Andrew was back for his second year of camp. My aunt accompanied him from NJ and we all enjoyed her visit during the week.

We saw many old friends, many old campers and many new faces, too. Thanks to Doug for his lifelong dedication to camp and to Ben for making the commitment as Program Director. The staff and campers are lucky to have your leadership.