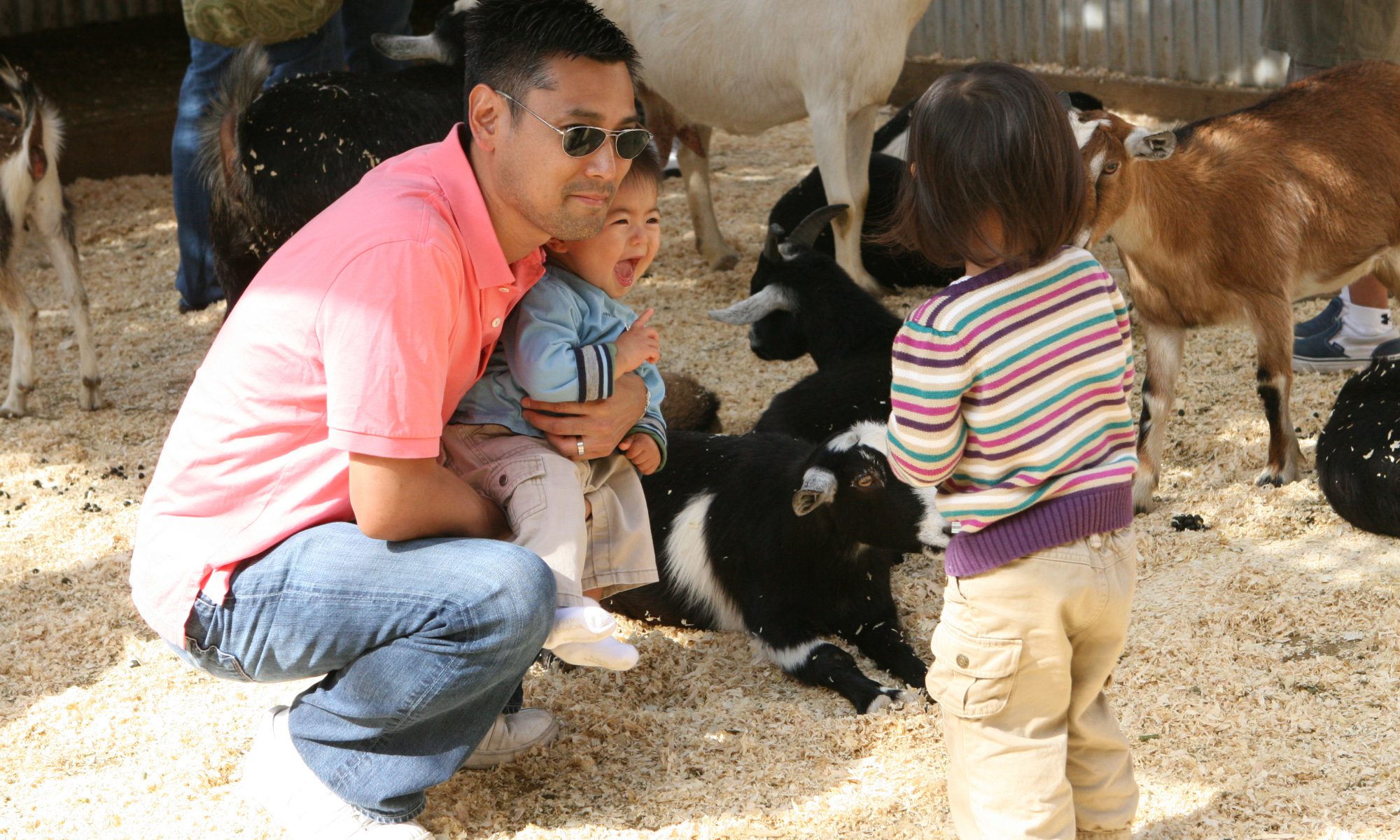 On Saturday, October 24th, we braved the drive to Half Moon Bay and headed to Lemos Farm for some Halloween fun. We were supposed to leave early to meet the Patches, but ended up about 2 hours behind. Traffic was backed up for a while and when we got to the farm, the CHP was directing traffic and the lot was full. We had to park a bit down the road, which was fine because we needed some pumpkins, too.

It was crazy busy there, but Olivia had fun on the choo-choo and feeding the goats. After standing in line for the pony ride, she balked at the last second and that was that. We didn’t have too much trouble getting home, but traffic westbound on the 92 was bumper to bumper all the way to the 280. Ouch. 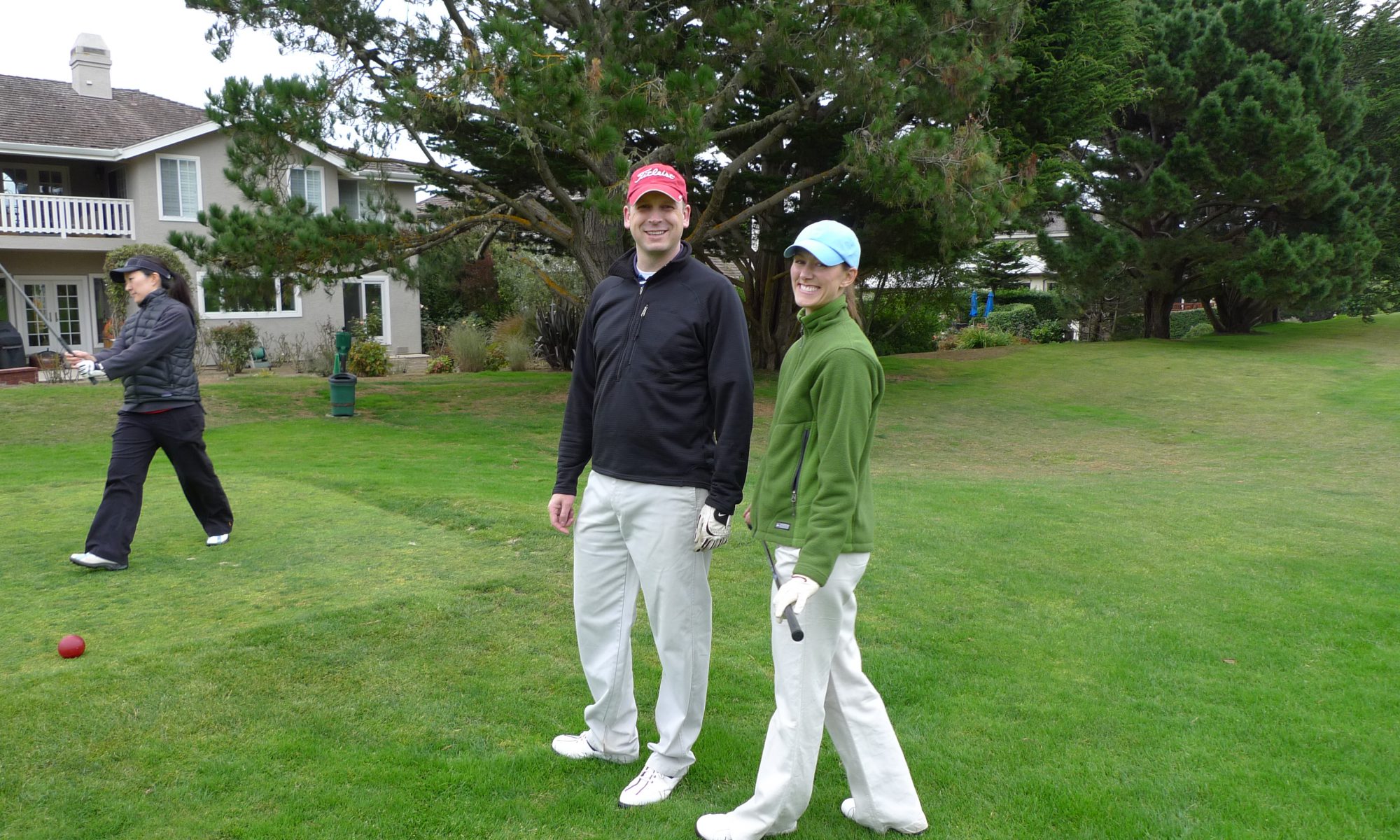 While Kate and Ben graciously took Olivia and Lucas to the zoo, Grace and I enjoyed a rare day of golf together at Half Moon Bay with Beth and Ryan. It was nice to be outdoors despite the overcast conditions. We could have been watching the President’s Cup at Harding Park, but I’d rather play golf than watch it anytime. 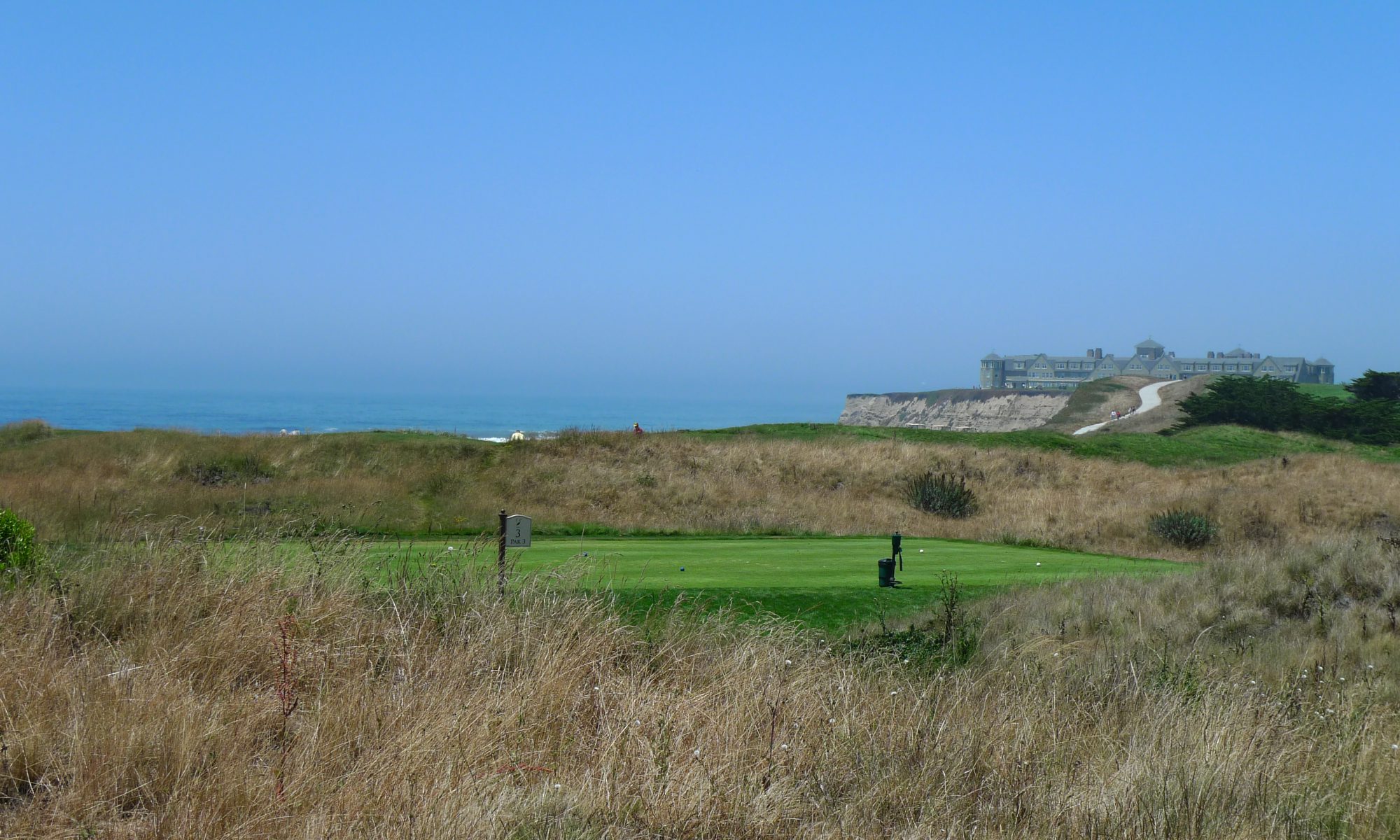 Back on June 26th, I posted some pictures real-time of our golf, dinner and overnight in HMB.  Again, the iPhone photos didn’t do the scenery justice.  Grace had a firm event in Golden Gate Park that morning and I went to the office.  We headed down to HMB on Highway 1 shortly after lunch and arrived at the Ritz-Carlton just in time to check-in, grab a burger, and make our afternoon tee-time.  It was a bit foggy and cool, but it was still awesome to be outside.  Early in the round, Grace commented that her feet must have grown during pregnancy because her shoes hurt.  Then, later, she said she had bit it hard in a potato sack race in the morning (team, team, team).  It didn’t get better.

After the round, we relaxed for a bit and enjoyed a nice dinner at Navio, which was much better than I remember it being before.  The next morning, it was quite foggy.  Grace’s toe was sufficiently damaged that she opted out of our unlimited golf package and decided to sleep in and hit the spa instead.  I played with a nice couple who were also local and enjoying a night away.  It turned out to be a beautiful day.  We have played the Old Course several times, but this was my first time playing the Ocean Course, which was also beautiful and challenging.

After the 17th hole, I headed to the 18th tee in the cart, briefly merging onto a pedestrian walkway with access to the beach.  I heard someone call my name and it turned out to be Matt Idema, who brought the whole family to the beach.  What are the odds that we’d cross paths in that moment?  Grace was still at the spa when I finished, so I enjoyed a sandwich outside on the patio next to the 18th hole of the Old Course.

Upon leaving, there was a slight mix-up, as the head bellman came to us and confessed that they believed they had not only misplaced our bags, but likely had put them into the wrong car and were waiting to hear from the other travelers that they had found them.  I was too relaxed to care much. We checked the luggage room just in case, and sure enough, all the bags were in there (tagged “Grace Park,” causing the confusion).

Thanks again to Mom and Dad for not only visiting us for a couple weeks, but for allowing us to get away.

Our personal fire pit.  That’s the 18th green of the Ocean Course. 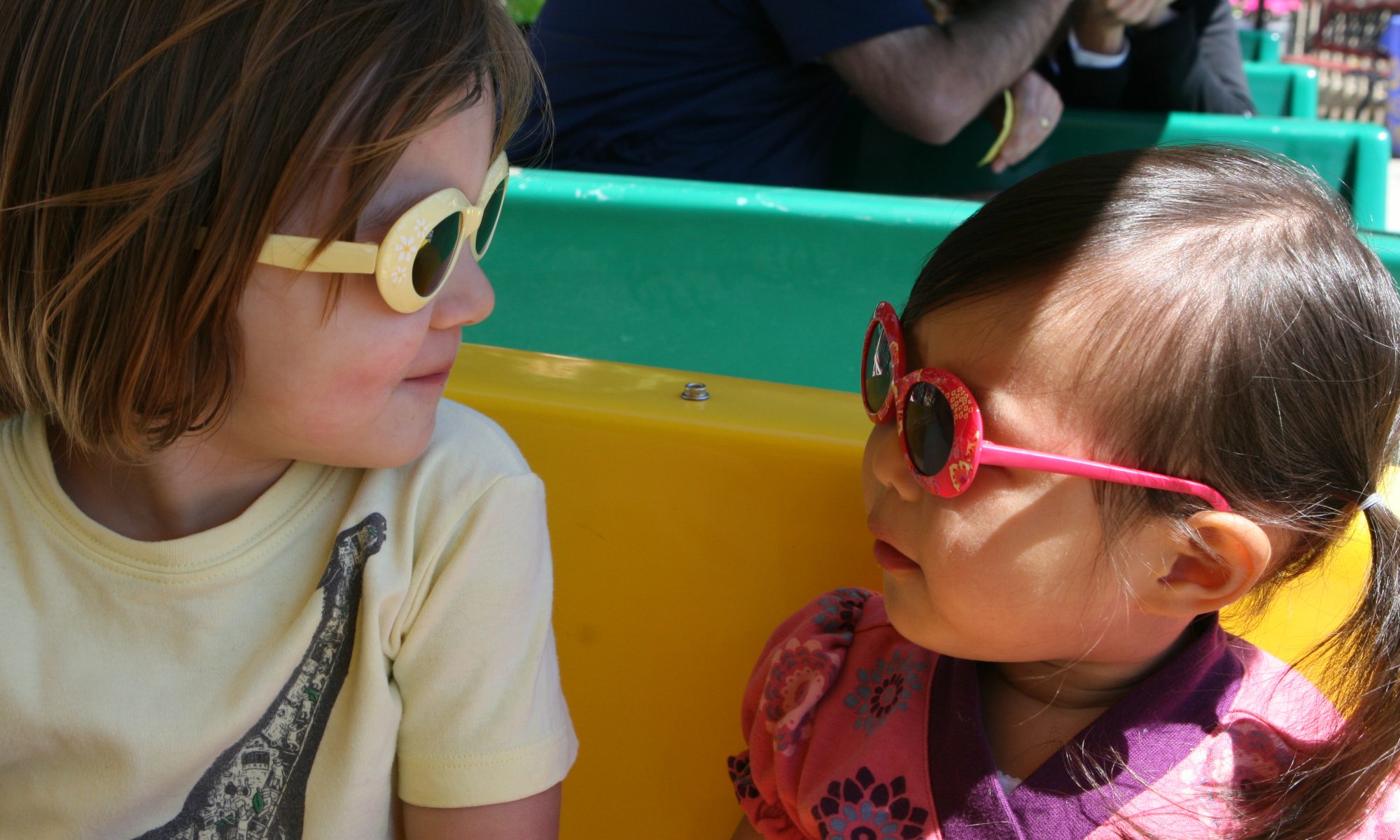 On Saturday, April 18th, we met Nikki and Phil with their kids at Lemos Farm in Half Moon Bay.  Olivia used to go to day care with Gaby, their oldest.  Considering how close we live to Half Moon Bay, we don’t get there often enough.  I’ve driven right past Lemos Farm on the way every time without giving it much thought.  It was a beautiful, crisp Spring day.  Olivia got to feed goats, ride a pony (on the 2nd attempt), and ride a choo choo, which was her favorite (so we rode it twice).  Afterwards, we went out for Japanese in downtown HMB.  We’ll have to do it all again soon. 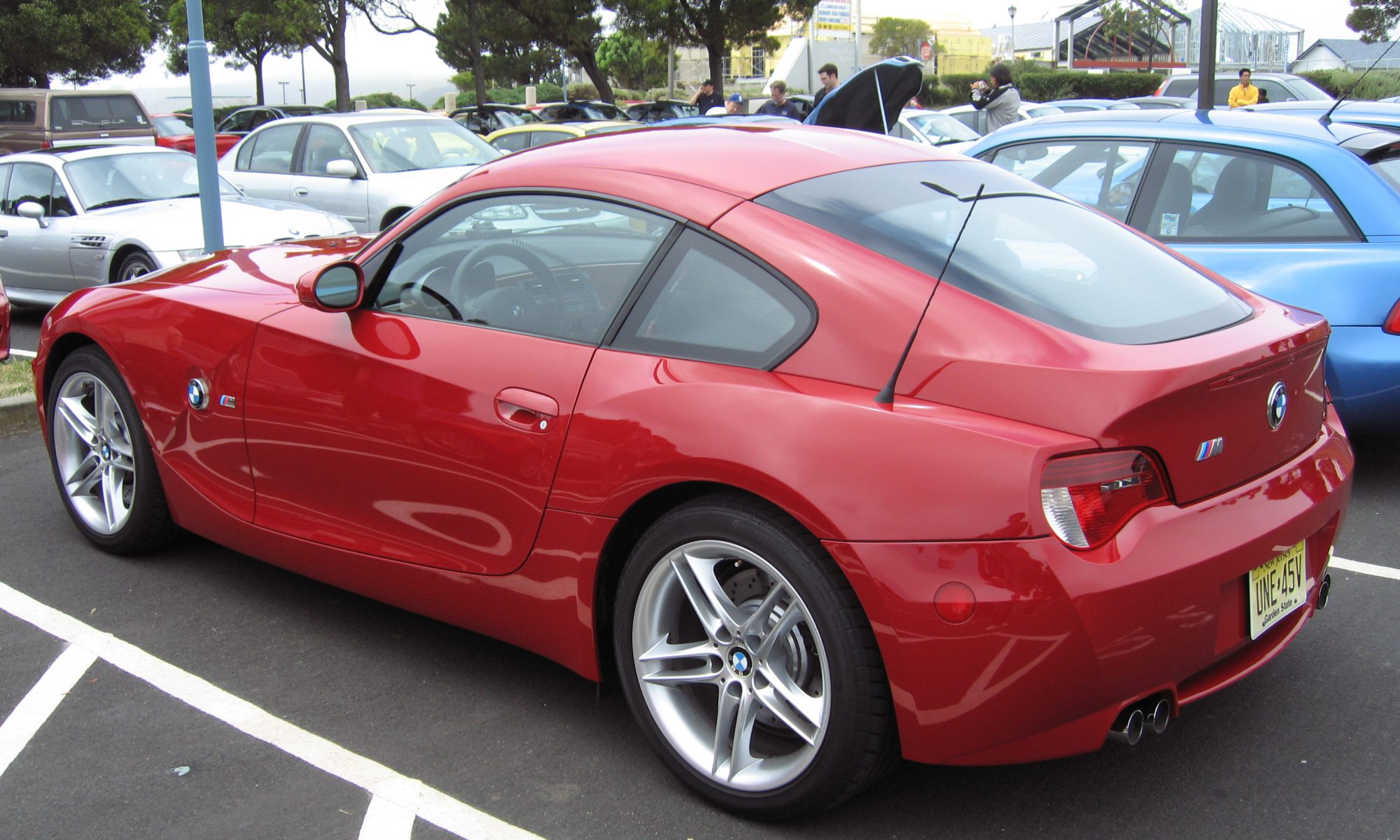 On Sunday, we headed back out to Half Moon Bay in the morning for Dorkfest 2006. The highlight this year was the surprise appearance of a new Z4 M Coupe press car. Though I’m still partial to mine, the new one is pretty cool too. I’m not really a fan of the recent Bangle-designed BMW’s, but they’ve all grown on me over time. The lines of the new M Coupe are much more interesting than those of the Z4 roadster (which I happen to prefer over the run-of-the-mill Z3 roadster). The interior is very nice, with grippy, comfy seats and a steering wheel was the coolest on which I’ve ever laid my paws. Saw some familiar faces and everyone was friendly. Too bad the weather was not as nice as Saturday. 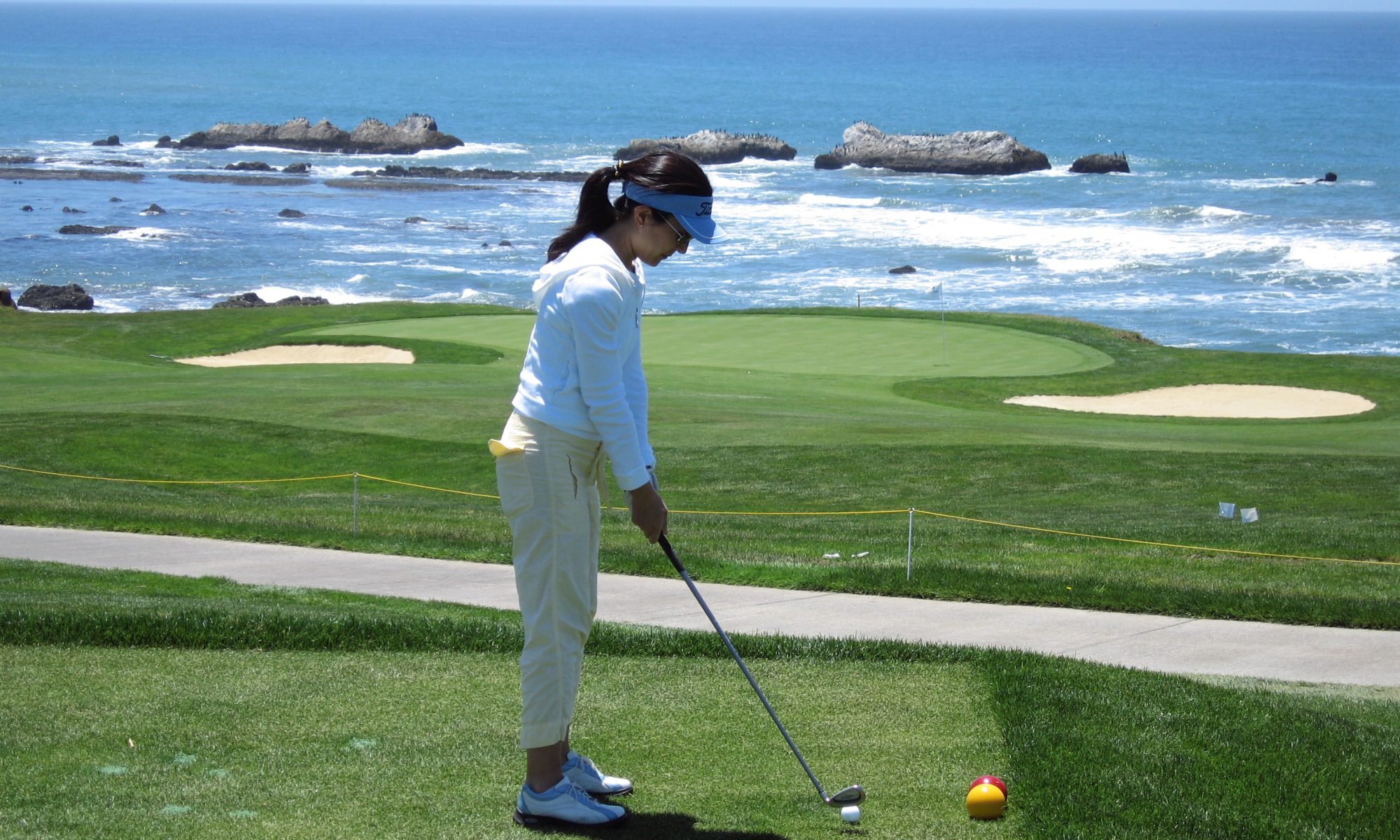 On Saturday, June 3rd, my friend from work, John, invited us to play Half Moon Bay with his friend, Michael. The weather seemed a little dodgy as we drove over the hill and through the fog, but it turned out to be a beautiful day – perfect weather for golf! 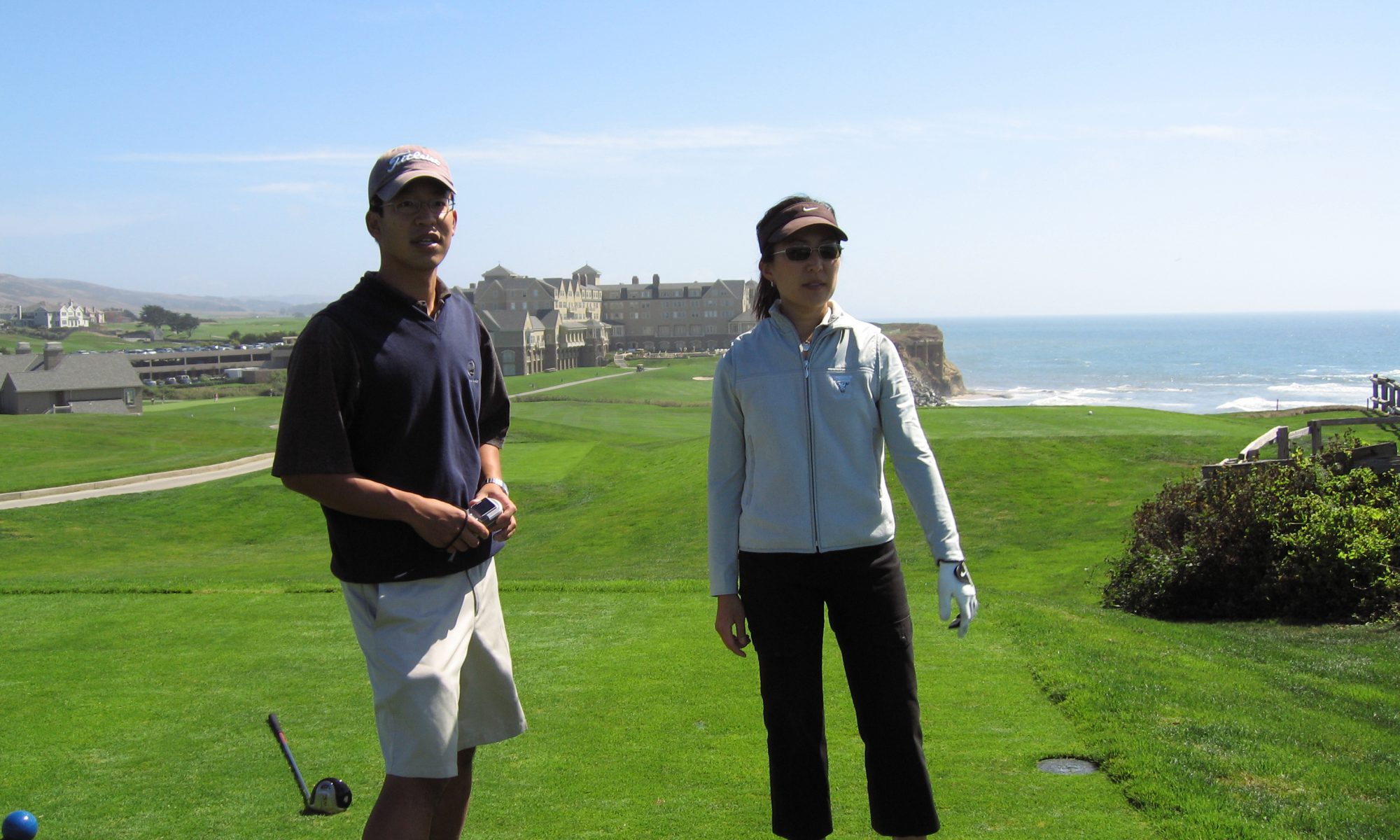 Things have been a little busy for us lately, so I haven’t been able to post in a long while. Even so, we’ve had some good times. About a month ago, Grace and I played golf at Half Moon Bay with her friend from work, Jay, and a friend we met through Ky, Guiseppe, who is visiting the US from Italy for a while. When Grace booked the tee time, I checked the weather and the high was supposed to be only in the upper 50’s, but it turned out to be a gorgeous day. We played the Old Course and it was wonderful – excellent conditions and beautiful scenery, especially the finishing holes, where 18 runs along ocean cliffs leading up to the beautiful Ritz Carlton. Great experience and well worth the wait.