Golfing with this foursome is one of my favorite family activities under any circumstances, but it was especially appreciated after months of sheltering in place. Hope everyone is staying safe.

It’s all happening. Nice fade and having fun. Go Olivia! 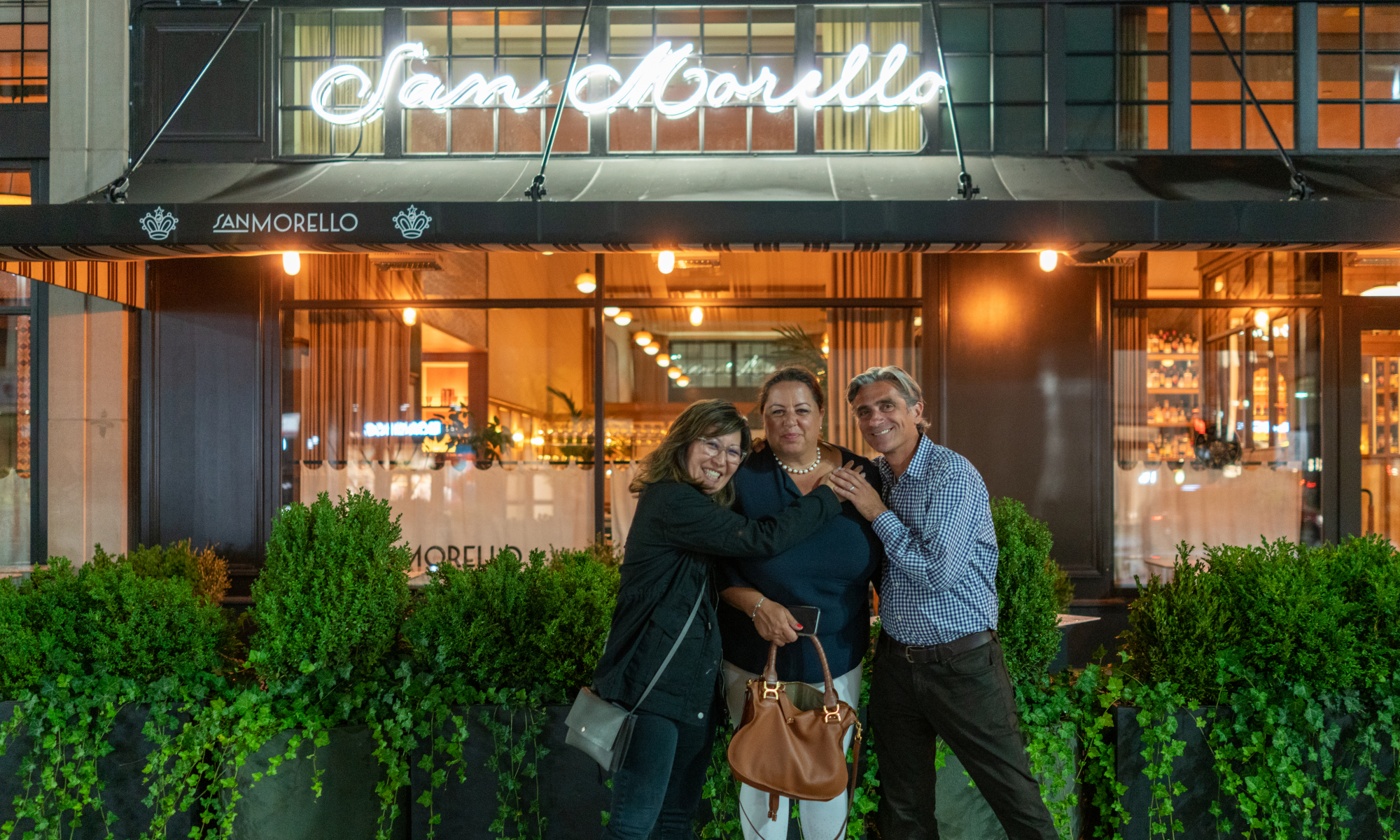 Every year my week off while the kids are at camp is a little different. A lot of it depends on how much of the week Grace chooses to spend with me. The good news was that Grace was going to take the entire week off. The bad news was that it was decided very late, so I wasn’t able to book lodging at Arcadia Bluffs.

JP was also non-committal this year, but we twisted his arm into playing twilight golf with us at Forest Dunes after camp drop-off. This was the first time Grace and JP played together, so they got their first on-course dose of each other. It was a beautiful day (despite 800 gnats swirling around your head during every shot). We had dinner together before JP headed back to Canada and Grace and I drove up to Traverse City.

Grace and I played alone at Grand Traverse the next day. It was our first time staying there and pretty nice. Afterwards, we dropped by to see Frances and Jon at the cabana, which has grown since the last time we were there. Coincidentally, the Caries and Brimhalls were staying with them, so it was so nice to catch up with everyone. I know it’s trite, but when you don’t see kids for a while or even a year, they can get big. Jake is huge, at least compared to baby Jake.

The following day we spent with my parents. That evening, Melanie and Nick took us downtown for roof-top drinks and dinner at San Morello, which is in the Shinola Hotel. I spent my first five years after college working out of a downtown Detroit office. It certainly has changed and it was a perfect evening to show off. Thanks, Mel and Nick, for an amazing dinner.

On Wednesday, we played golf with Jin and DJ at U of M. The new club house is beautiful. The course is as tough as ever. Thursday, we played with Spencer, who I hadn’t spent time with in forever. I forgot to mention that when I dropped the kids off the prior week, the Rhee families had dinner together. I stopped by the new house in Northville and also drove by Paul and David’s old house on Mayo Dr., which was a huge part of my childhood.

Afterwards, we headed back up to Forest Dunes with Jin. Friday morning, we played a quick round before heading to camp for visitors day, where we saw many more old friends.

Even though we squeezed a lot in to our week in Michigan, I know there were many friends I didn’t get a chance to see this trip. We’ll be back!

It’s shots like these that bring tortured golfers back for more. Is it bad that this ranks higher than the day he was born?

Today was the first time on the golf course as a foursome. It’s possibly the best day of my life. Happy 4th of July!

Grace and I were sad to drop the kids off at camp yesterday. We are coping.

Back on the links with Grace. 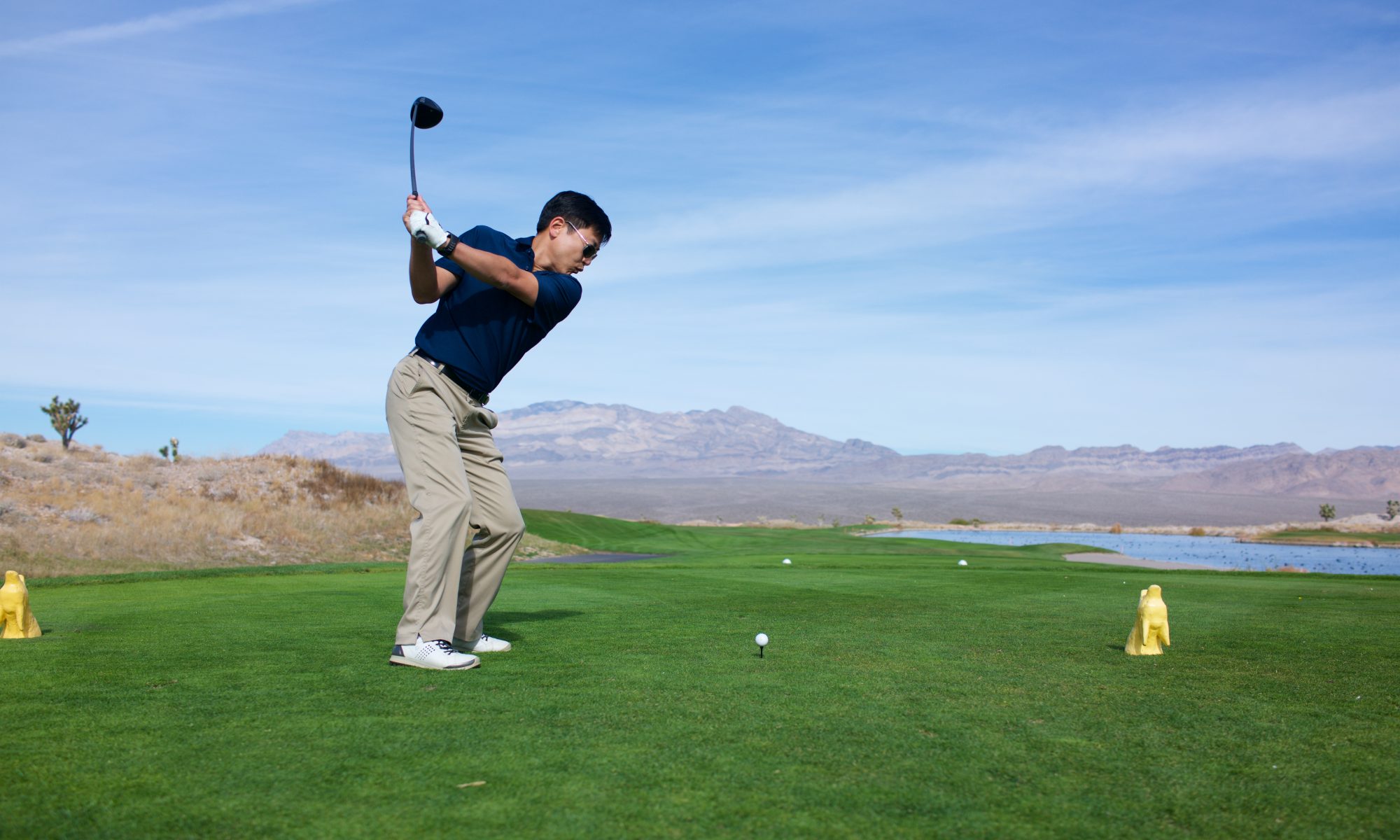 For the first time ever, I took off a little time between jobs. By first time, I mean the first time when I voluntarily changed jobs vs. being laid off or unemployed. Somehow, I found myself quite busy during this time, as Grace gave me a big punch list of things to do around the house and for the family. Honestly, I didn’t knock it all out, but I did my best and made some progress. It also helped that I didn’t have a car to fix.

First, big shout out to my buddy Albert who took off several stealth days from work, including the first and last days of official time off to golf with me. We got in a round at Half Moon Bay on day 1 (Erich also joined that day) as well as a couple rounds at Harding Park in San Francisco. I also got in one solo round of contemplation during week one.

For the last hurrah, Eddie met me in Las Vegas for 5 days. I can’t tell you how relaxing it was relative to our normal itinerary, which usually involves break-of-dawn golf, pool with the kids, dinners, etc. (i.e., too tired to gamble). Aside from our morning tee times, we had no agenda. We got in four rounds of golf at Bear’s Best, Royal Links, Paiute Wolf and Coyote Springs. The weather was perfect for golf in the desert.

Each day we had lunch when we were done and dinner whenever we were hungry. We had great meals in the Encore/Wynn where we stayed and also ventured off the property to Carnevino (best lamb chops ever) and a romantic dinner outdoors at Mon Ami Gabi. We had some fun in between, but truthfully, we were in bed by 10pm on day one and got crushed on day three, also resulting in an early night. Although we see each other once and sometimes twice a year, we gathered that we haven’t traveled alone together in over two decades when he was single and still in medical school. It was QT with my ride or die.

Although I technically rolled right into a family vacation for Thanksgiving, my hiatus is all but over. I’m already having dreams about work. I’m very thankful for this time off, for the big pass Grace gave me, and for the time friends made for me.

I may never play golf again… (until ski season is over, that is).