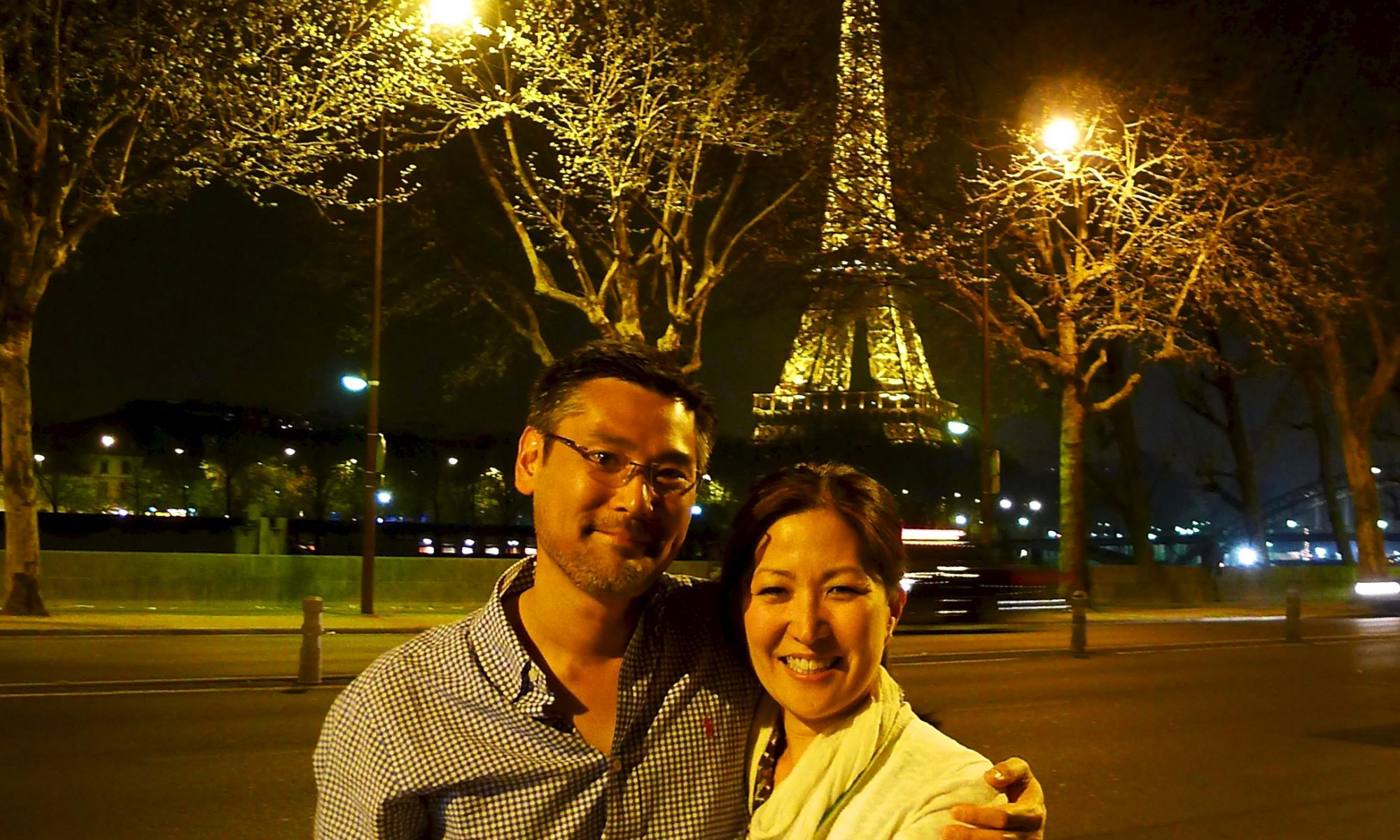 On Monday, March 26, we flew back to Paris from Nice. Although we both would have enjoyed staying in Provence for another day or two, I did not want to travel on Grace’s birthday. I didn’t have much planned in Paris besides some shows and dinner on our birthday. When we checked into the Four Seasons Hotel George V, I was psyched that they had already upgraded us, which was part of my plan. I asked what would have happened if I had booked the upgraded room and the kind gentleman said we would have been upgraded to a suite. After mulling it over, he cut me a deal and I said what the heck. The room and the views were amazing.

Monday night, we headed towards Le Bataclan to see The Shins. We stepped out of the taxi and immediately someone asked Grace if we needed tickets and she said, “Yes!” This did not help our negotiations. I talked him down 10 euros. We had drinks and a snack (fried potatoes in France are alone worth the trip) at a bar next door before the show and only entered after the opening act. There was enough movement at that time that we were able to get close to the front of the floor. It was awesome. Afterwards, we had a midnight snack at some cafe on the Champs-Élysées.

Tuesday, we slept in and had our usual breakfast in the room. It was Grace’s birthday and a day of leisure. Frances called the hotel and arranged a treatment in the spa in the afternoon. I went out at that time to walk around and take some pictures. I posted earlier about Florence + The Machine and dinner at Joel Rubuchon. We’re still enjoying the memory of that evening.

On Wednesday, we decided to be tourists after all and took a taxi to the Sacré Cœur. It was beautiful (no photos allowed inside) and we both marveled at the architecture. The views from that vantage in the city were also amazing. We then went to Musée de l’Orangerie. I typically am interested in the architecture over the art, but both were impressive in this case. We walked all the way back to the hotel (that’s long for us), stopping for a snack on the way back (I was sampling Croque Madames all over the city). We found out our friend from home, Lauren, was in Paris for business. We met with Lauren and her colleague, Denise, for drinks at Pershing Hall, which is just down the street from our hotel. Afterwards, we had an amazing meal together at Antoine, which was right on the Seine with views of the Eiffel Tower. Like every other dinner so far on the trip, we shut down the restaurant.

Thursday was our last full day in Paris. After breakfast (at lunch time), we went to the Musée d’Orsay for a couple hours. I wanted to look for some vintage posters, so we walked over to this great art district in Saint Germaine. We walked back over the Seine and through the Louvre (mostly because we heard there was a cool Apple store there, but it wasn’t obvious where it was located). We wanted to grab a taxi, but had a hard time finding one at that hour. We continued walking, took a turn, and coincidentally found the little hotel at which we stayed previously.

That evening, we met our friend, Gina, who is living in Paris. We hadn’t been to Le Bar at the George V and she wanted to check it out, too, so we met there. Grace and I wanted to try Le Cinq, which is the gastronomic restaurant at the hotel. We ordered the tasting menu and it was one of the best meals we’ve ever had. Grace also ordered a flight of wines, and after a couple cocktails at the bar, she hit a wall around the 5th course. She was done (wasted). I was too full to carry on at that point, too, but wanted to at least see the cheese and dessert courses. Grace threatened to pull out the guns, so I knew it was time for her to go. I urged her to head up to the room, but she decided to stick it out. I told the server we were done, done, but she said we had to try the dessert and was nice enough to bring the final two courses at the same time. It was worth playing through the pain.

Grace made good on her word and pulled out the guns on the way to the elevator. She FaceTimed the kids and had no recollection of it the following day (“ooh, I wish we called the kids last night…”). We packed and slept a few hours before breakfast arrived at 5:15am. We left Paris early in the morning for our next destination (the only one Grace didn’t guess).

Some say the George V is the finest hotel in Paris and maybe even the world. I haven’t traveled enough to confirm or dispute this. I can say, however, that it was the nicest place we’ve stayed. Somehow, at both Terre Blanche and the George V, everyone knows your name, even people you haven’t met. The service at both hotels was as spectacular as the properties themselves.

I expect we’ll go somewhere new on our next big trip (maybe 2022?), but you can never go wrong in Paris. Until next time…

This year, we’re celebrating Grace’s 40th birthday. We usually spend our birthdays (yes, same day) in Las Vegas for golf, the NCAA tournament, and whatever else happens in Vegas. This year, Grace said she did not want to go to Vegas, so I had my work cut out for me.

Lately, I’ve been obsessed with The Civil Wars. After missing them play at the Fillmore in San Francisco, and after reading reviews of the show that it was amazing, I researched their tour in hopes of catching them. When I found out they were playing on 3/28 in Paris, I was intent on taking Grace on a date to see them there and the rest of the trip was planned around it. We had been to Paris together before, so I wanted to visit at least one other place during our visit. Plus, if we were going to make the trip across The Pond, it wasn’t going to be a short one.

There are so many places we haven’t been, I had a hard time narrowing the choices. I considered Florence, Prague, Spain, etc. It dawned on me that the end of March is still wintery, so I tried to pick a place that was warm, but none could be guaranteed. I finally settled on the South of France and hoped for the best in terms of weather.

A word of caution for anyone attempting to plan a trip like this (or any trip). Save yourself the anguish and don’t look at trip advisor or other travel sites. I read through hundreds of reviews for properties all over and aside from the few happy customers, most people post to review sites to gripe about their poor service or terrible experience. It will make you want to stay home. I decided I needed some assurances, so I chose the Four Seasons Provence, which is the only resort property in Europe and it looked amazing. Our dates of travel meant that we would be there off-seasons and therefore the pool would not be open, nor would the gastronomic restaurant. I really expected us to just relax.

The entire itinerary until our departure was a surprise (although Grace did her best at guessing). Air France was somewhat of a giveaway, but flying through to Nice was somewhat of a surprise (she guessed that at some point, too – no fun). We rented a car in Nice, which we did not end up using once aside from our trip to and from the airport. Thanks to all who provided wonderful suggestions for places to go and see in the region. It turned out we had neither the time nor the inclination to leave the resort. We could have easily spent a week (or two?) there and not been bored. I’ve decided this was simply a scouting trip and that one day we’ll bring the kids back there.

We never really adjusted to the time properly, which meant we didn’t sleep much and when we did, it was in the morning. Grace spent some time at the spa one afternoon while I went to the golf practice center. Both were world class. The indoor pool at the spa was gorgeous and relaxing (sorry to the other guests for my snoring). On our second full day, we slept in late and had to push our tee time back to fit in an amazing Sunday brunch. Golf was so beautiful and fun that we decided to go around again and finished another 14 holes before it became dark. Our “buggy” almost ran out of juice as we tried to drive back and around the 16th hole, Grace had to get out so it could make it up a hill. It was a great experience.

Provence (or the resort located there rather) exceeded our expectations and we discussed how we could move there and school the kids. The baccalauréat seems a little daunting for them, so we’ll have to work around that.

Because we didn’t truly experience the region, we (or I) decided we need to come back for the Festival de Cannes some time and that I’ll have to learn how to play Baccarat before visiting Monte Carlo. Or, we can just play golf and swim.

It was an amazing start to our trip. 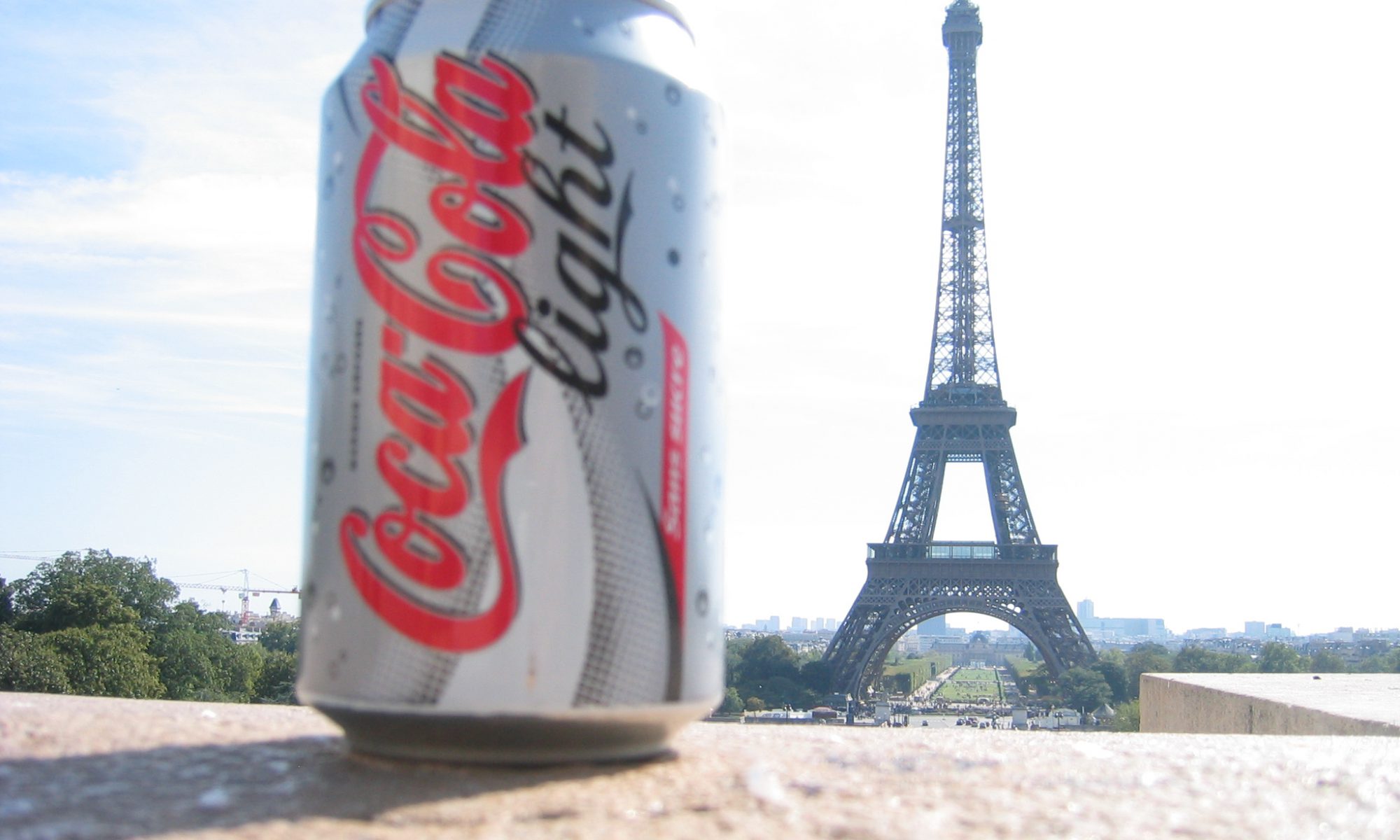