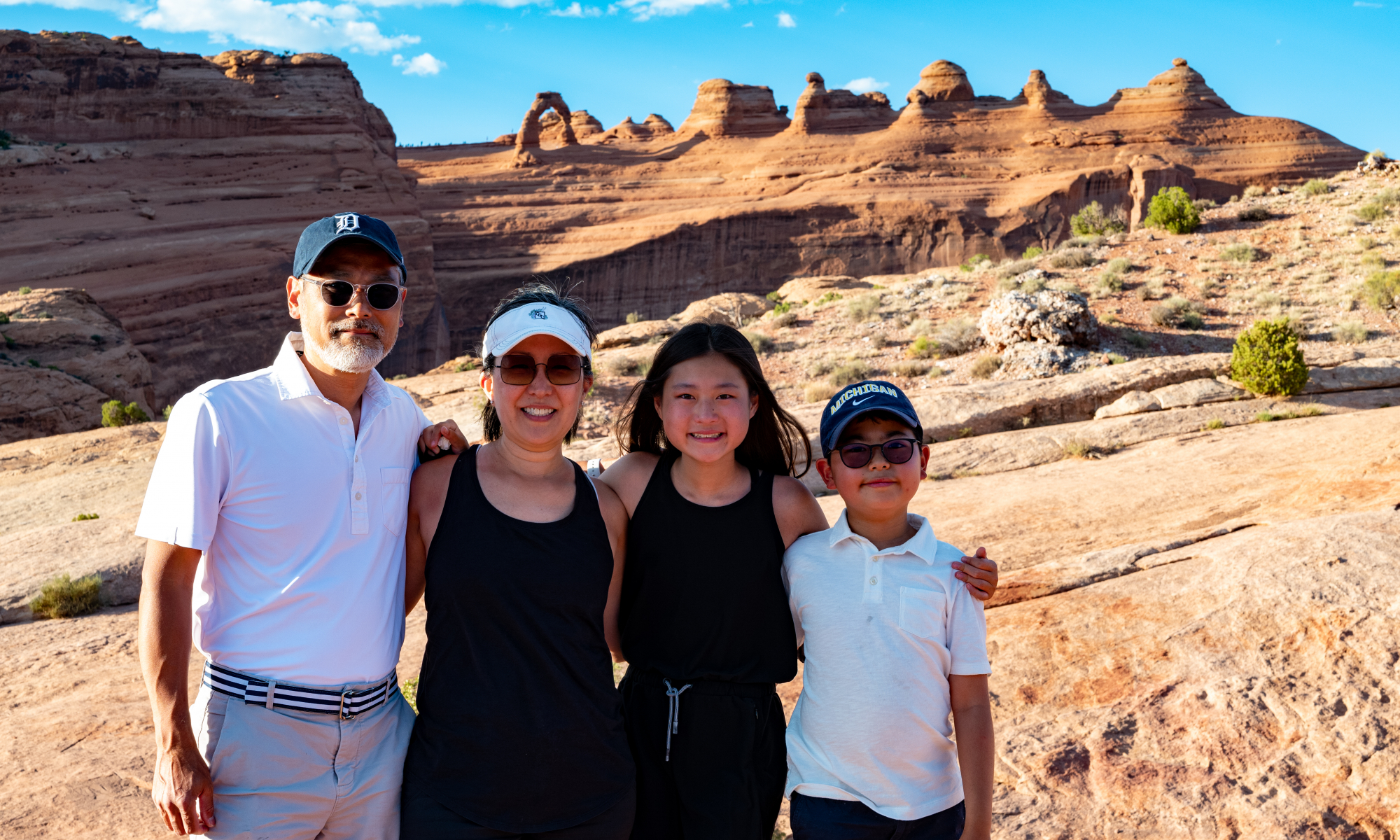 On the third leg of our trip, we were headed down to Moab in southeast Utah. We didn’t make it that far during our last Airstream trip to Utah. We were passing through SLC and stopped to see the Binzers, who recently relocated to Park City after COVID-19 disrupted their plans to drive around the world in their recently acquired overland vehicle.

I’ve been to Park City more than a few times and had no idea beautiful lakeside communities existed within view of the mountain. Unfortunately, we didn’t get to see the Binzer boys, who were at camp. We did get to catch up with the adults over lunch. Ironically, I saw them during ski week up in Tahoe right before things locked down, so they are one of the few (only) families I’ve seen multiple times in 2020. Thank you for having us! We’ll hopefully be back during ski season.

Our lunch stop helped break up a long haul down to Moab. We got there around 8pm and had leftovers for dinner in the RV. The Idema boys were also in town, but we failed to connect with them. The closest I’ve gotten to seeing Matt since COVID-19 started was throwing a bag of Ikon coffee over his fence at the beginning of April, when me and the other Burlingame guys would discuss pulling espresso shots daily on WhatsApp. This is what we’ve been reduced to.

During our first day in Moab, we were going to explore Arches National Park. It would have been good to get an early start and beat the heat but we waited until around 11am (normal Rhee family time), when it was already 100 degrees. The red Utah rock was familiar, but the towering monuments, shapes, and of course, arches, were incredible. We explored a lot in a couple hours and took a break for lunch in Moab.

Our plan was to go back into the park before sunset for better light. We didn’t have that much left to see except Delicate Arch. The group was not up for the hike to the base, so we did the half mile trek to a view point instead. We also didn’t hike Fiery Furnace, as suggested by my friend, Ted. On the map, it looked like Devils Garden was the last area of the park to check out, so we drove out there and started hiking the canyon. The only problem was that one of my main objectives was to photograph the sunset, but we happened to be deep in probably the only area of the park where golden hour was not visible. By the time we emerged, it was over.

This wasn’t the first time of the trip where I was fretting wrong light, wrong filter, wrong lens, wrong camera. It was probably mostly wrong photographer. It’s fine. It was still spectacular and everyone will remember the amazing things we saw and did on the trip. Hopefully the photos we did get will be a good reminder.

The second day we planned to visit Dead Horse Point State Park. I knew it would be a short visit. It was beautiful and we hiked around a little and took some photos. Again, the direct overhead sunlight was harsh and oppressive, but we were right on schedule.

On this trip, I didn’t include Canyonlands. I also know we didn’t see “everything” or do every hike at all the other parks, and I’m okay with that. It gives us or the kids a reason to go back and see it a different way. I’m just thankful that after 50 years, I was able to see it for the first time.