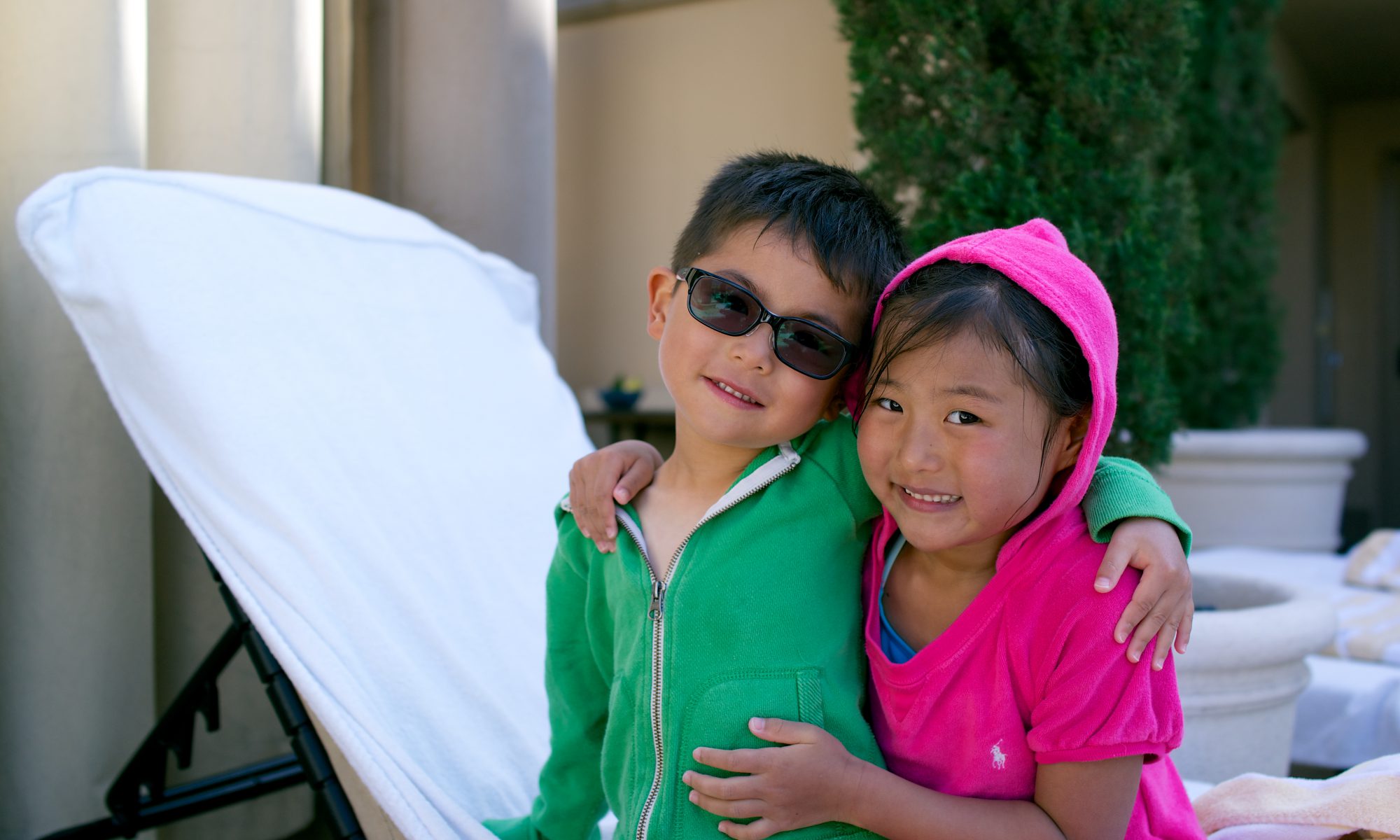 On Friday, April 18, we had a short drive from Manhattan Beach to Beverly Hills. Waze took us all local through many neighborhoods. Soon, we arrived at the Montage. As the whole trip was last minute, our main requirement was a decent pool. The Montage is located in the heart of BH and the entire property is stunning. This was a bit of a splurge, especially because Grace’s parents have three houses in LA at which we could have stayed, but then it wouldn’t have felt like getting away. Also, some things suddenly seem reasonable when you’re not shelling out for ski school.

The room was one of the best yet, but lost some points for the trick motorized TV, which was cool but stuck in the open position the whole time. The shower was, however, the best ever. Apparently, they missed the memo on the drought. Another observation about the hotel was that they’ll park your ride up top as long as it’s a murdered-out, matte Aventador, Ducati, Range Rover or Panamera. I even saw a Model S on the road in this trim. LA cracks me up.

We went to our first movie together as a family – Rio 2 at Century City. I got in a solid nap. Afterwards, we went to dinner at Koi. Apparently it isn’t really a family place, but that was okay. The kids missed out on Benihana after LEGOLAND and wanted some Japanese food. It was great.

Saturday morning, we had breakfast at the roof-top restaurant and the kids headed for the pool. I’ve been on a search for an occasional driver (i.e., a chance to cross another car off the automotive bucket list). I left the hotel for an hour or so to see a man about a horse. This particular late ’80s horse looked good from about 15 feet, but not great from 2 and was a disaster inside. That said, it was thrilling (and loud) to drive. It was also my first time behind the wheel of one in close to 20 years. Alas, this was not the one for me. The search continues.

Meanwhile, back at the hotel, Grace and the kids set up camp in a cabana, hand-picked by Lucas for its comfortable seating arrangement. I was immediately summoned into the pool. Mid-April is warm, but not hot. I spent equal time in the pool as the hot tub, favoring the latter that day. Grace ran out to do some shopping before dinner while the kids and I cleaned up before heading out.

We met Ann, Jeremy, Emme, baby Elsen and Grace’s parents at Lawry’s for dinner. We celebrated Grace’s mom’s birthday together. Afterwards, we went over to their Westwood house for a bit to trouble-shoot some computer and TV issues. They’re all set, until they’re not again.

Sunday was Easter morning. We enjoyed a leisurely morning, but I was a little antsy to do something before brunch. Olivia, Lucas and I went for a walk around the block. It was a ghost town. We had Wilshire and Via Rodeo all to ourselves. By the time we got back, everyone was ready to eat. Grace tried to talk the kids into shopping before we left, but Lucas was belly-aching about walking two blocks, so I knew that wasn’t going to happen. We scored some sweet seats at the pool and Grace got us all packed before heading out for a mani-pedi.

We cleaned up and cleared out just in time for the Easter egg hunt at the hotel. It was a lovely event, marshaled by the Easter Bunny himself. Over a bullhorn, they were trying to explain to all these eager hunters to count to 20 so the under-5 side could get a head start. They yelled go, a bunch of kids jumped the gun, and it was total anarchy. I told the kids to hold up for about 5 seconds and that was all it took to get boxed out. Lucas was not happy with me or his haul. Luckily, the Easter Bunny was handing out some more eggs afterwards and Lucas was pleased. I’m glad he gets the spirit of Easter.

We made a quick stop at the Bouchon Bakery across the lawn. My first and only celebrity sighting was Mindy Kaling. We grabbed some sandwiches, got into the car and started our journey home.

Despite the last-minute planning, we couldn’t have had a better vacation together. We avoided the airport, had no set agenda, and neither the kids nor the adults were ever bored. I’m up for a drive to SoCal any time.