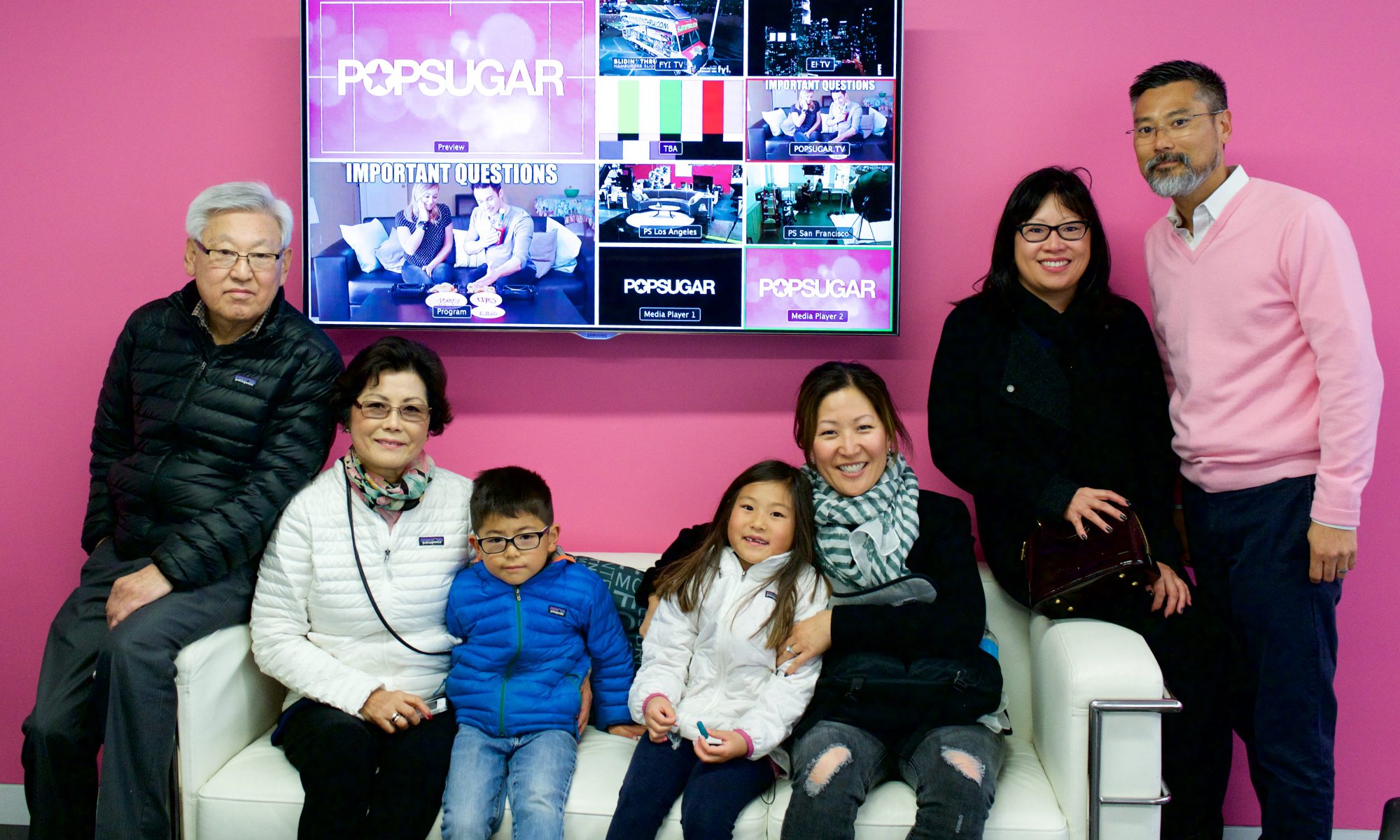 On Thursday, April 9th, we set out after breakfast to do something with the kids in the city. Our SF friends suggested the Museum of Mathematics, which is just of Madison Square Park. Coincidentally, we ran into Eugine and Ed when we got there. It was a fun place to spend the morning.

POPSUGAR NYC was just down the street, so we met Jen and my parents there for a quick tour. Had lunch at Hillstones right across the street afterwards and then went shopping for some gifts. I’m sure the kids were puzzled how we left FAO Schwartz and the Lego Store empty handed for them. After they grew bored of Saks, I took them to American Girl. They had $26 of their own money to spend. They soon realized that $26 does not go far in that (or any) store. In the end, they took home a cat. I offered to fund the difference to upgrade to a puppy, but they declined. We had fun riding the subway back to Columbus Circle, which conveniently let out right at the hotel.

That evening, Jen and my parents stayed at the hotel with the kids so Grace and I could celebrate our 10th wedding anniversary. I consulted Jen and decided on Jean Georges for dinner. Grace is obsessed with his wife, Marja, and we’ve enjoyed his restaurant in Hawaii. Purely coincidentally, it was located just downstairs in our hotel. We had a really amazing meal and the service was great.

Happy 10th Anniversary to us!