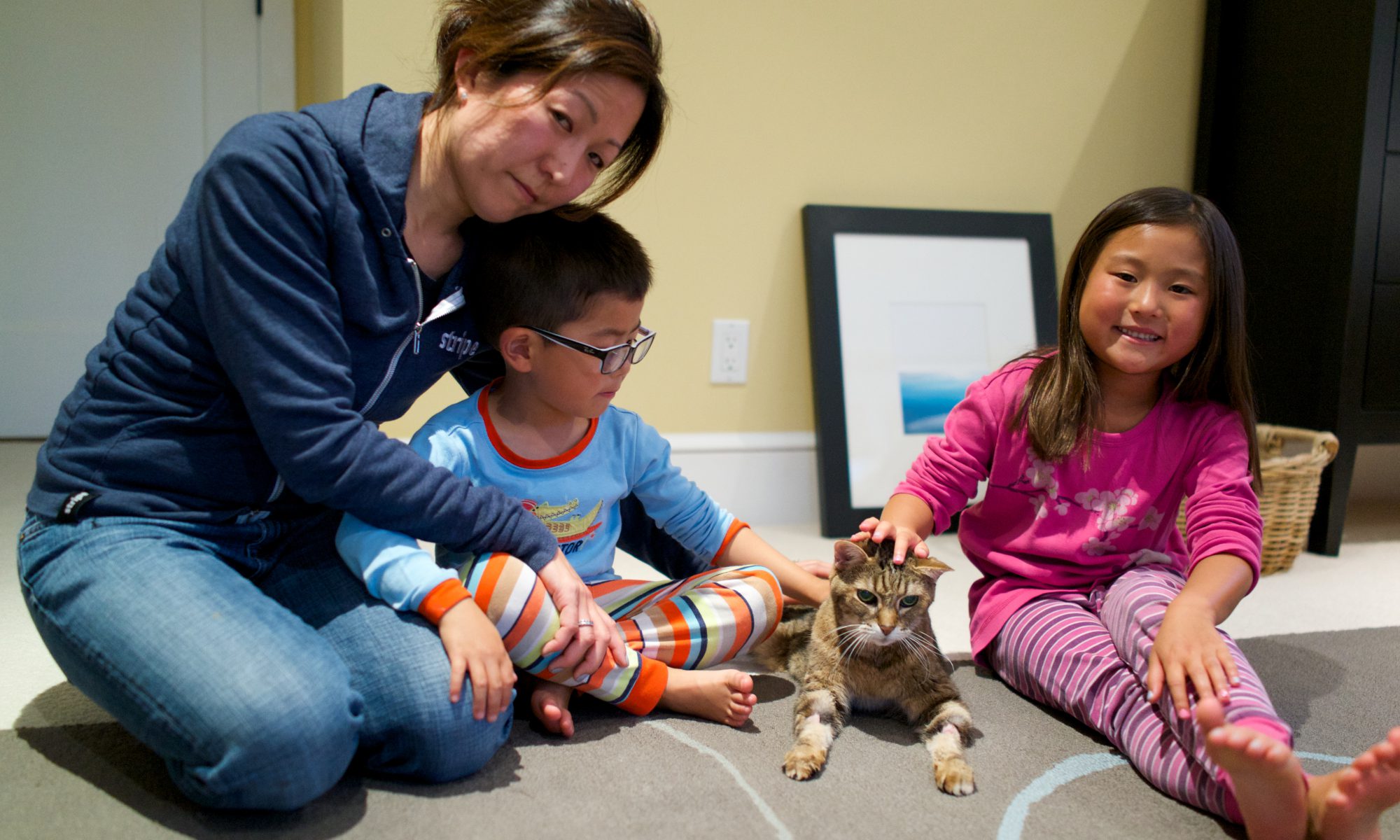 Snickers had not been well and had been in the hospital for most of a week. On July 7, right before these photos were taken, he had a seizure, which followed the first one the night before and preceeded a 3rd at 4am. We thought he was nearing the end, so the kids came in to say their goodbyes.

The next day after spending another day in the hospital, I brought him home and we had some QT with him in my lap. He’s been hanging in there ever since.