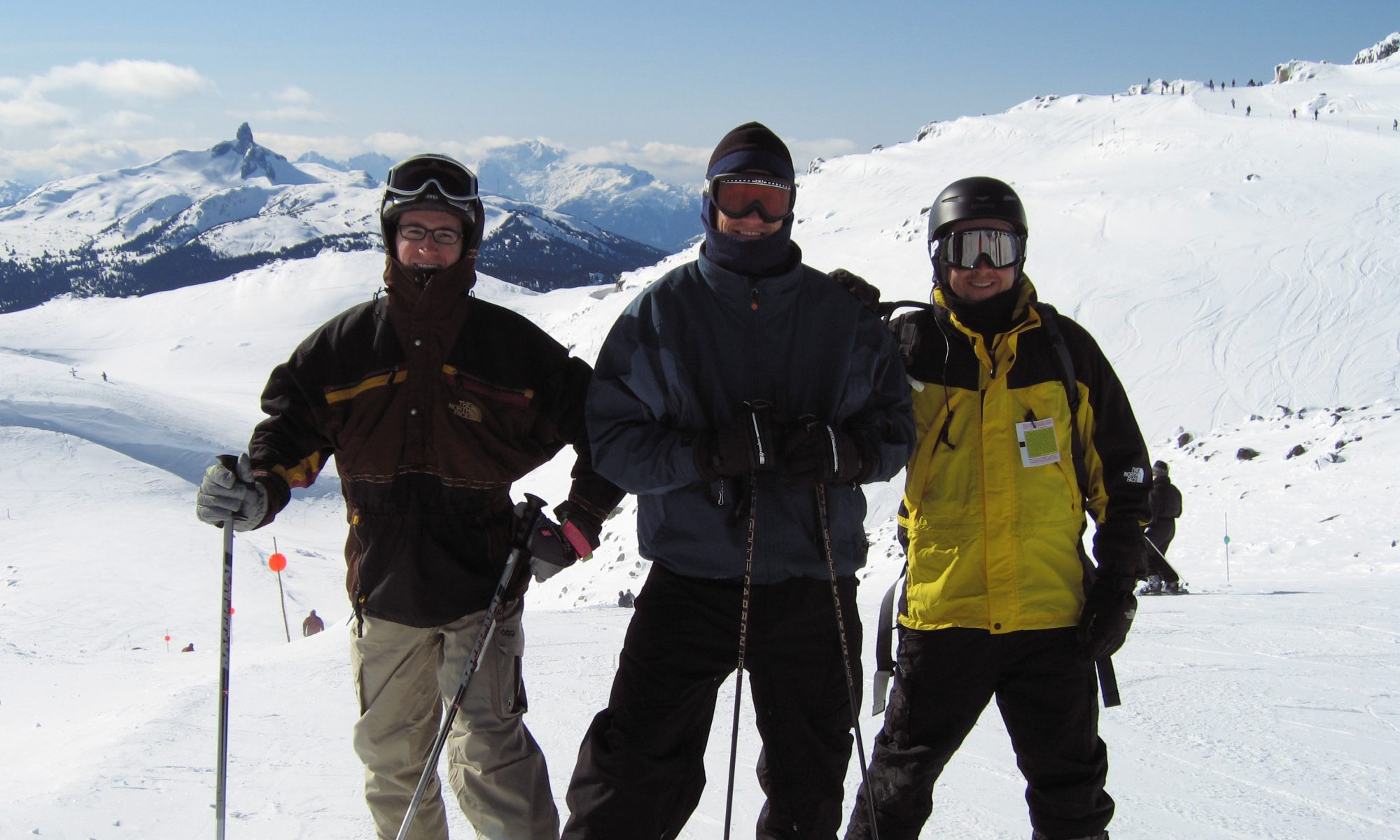 On February 23rd, I met Chris, Steve, and Herb in Vancouver, BC. We drove ourselves up to Whistler that afternoon, catching up along the way. Both the city of Vancouver and the drive up to Whistler were stunningly beautiful. Chris arranged lodging at the Hilton resort, which was very nice. Although Herb and I would have preferred the Fairmont or Four Seasons, that probably would not have flown too well if I went there without Grace. As it was, the “boys only weekend” Chris and Steve had in mind didn’t go over too well with some of our other friends who were not able to get passes for this reunion.

Herb and I actually met at Winter Walden ski club before we went to the same school together and later Chris also joined. The three of us brought up the rear of the West Bloomfield High School ski team. This is the first time I skied since going to Steve’s place at the Canyons in Utah about five years ago. Since then, I’ve been mainly boarding. I thought it would be easier to stay together if I skied with Chris and Herb, though Steve boarded the whole time and didn’t have any troubles. Overall, Whistler was having a good season, though they didn’t have snow for a couple of weeks prior to our arrival, so it was fast groomers the first two days – sunny and a bit chilly at the top. Saturday night, it dumped nine inches, which made for a fun (and tiring) day on Sunday.

I admired Chris and Steve’s stamina. Every day after getting off the slopes, they would head straight for the hot tub then out to the bars. Herb and I operated at a more leisurely pace, meeting them many hours and cocktails later at dinner. Chris was a big hit with a bachelorette party on Saturday, until some other guy had the whole restaurant cheering him on as he gave the bride-to-be a lap dance.

Sunday night we drove back to Vancouver and had one last great meal together downtown.