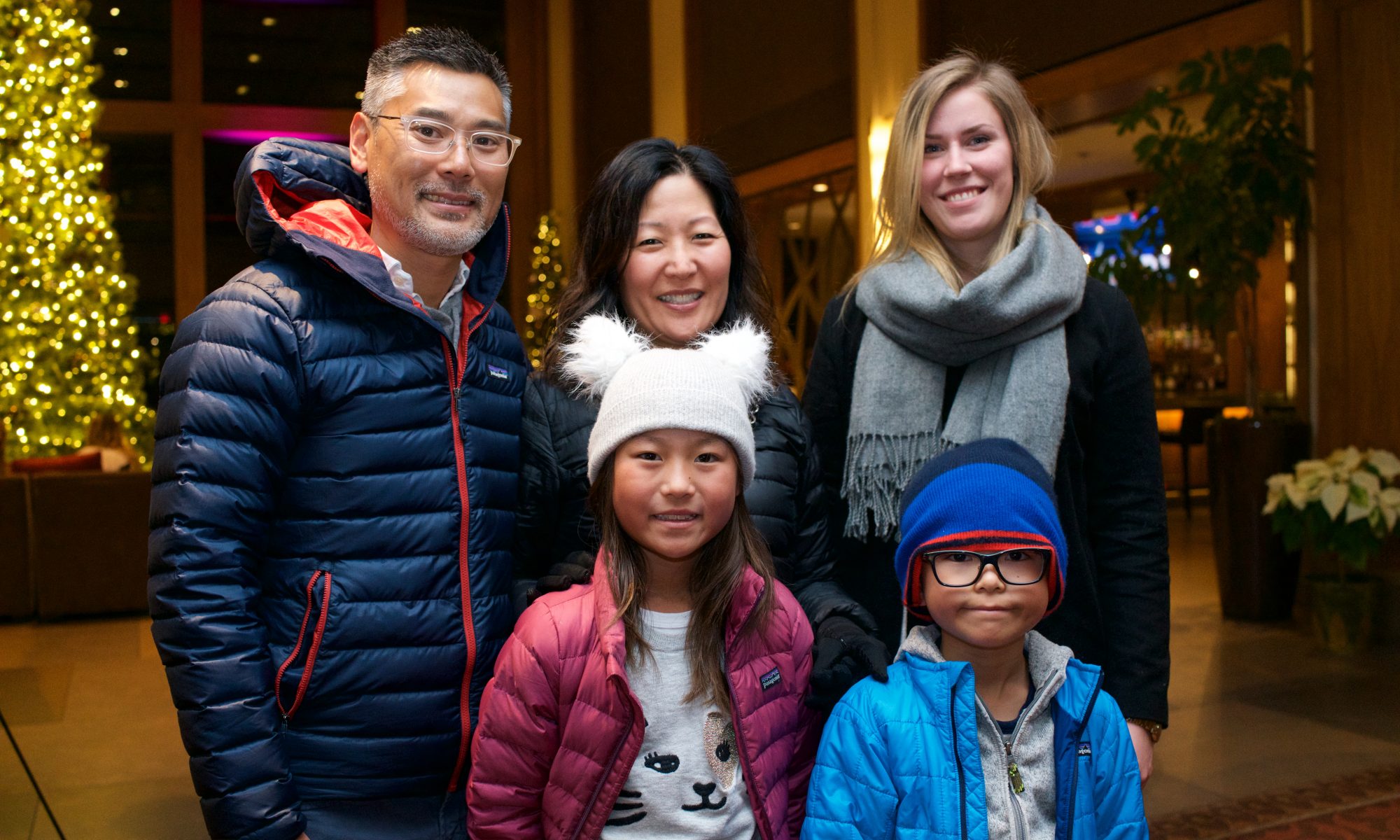 The kids had the week off before Christmas so we decided to ski again before the holidays. We had settled on Beaver Creek, but didn’t make our plans until the last minute. I was showing the kids the World Cup, which was held in Beaver Creek at the end of November and it seemed fine. It wasn’t until after we made our arrangements and checked the weather that I found out there was hardly any snow and very little open. Uh oh.

We were locked in, so we just decided to make the best of it. Like last year, we were on our way to our holiday destination (Michigan this year), so we had 8 bags of luggage on the way there, as Elin was joining us for the week. Thankfully it all fit in the car. We have bad luck on I-70 as the road was closed at the Eisenhower Tunnel and we were forced to take the Loveland Pass, which caused a little delay.

On the way there I saw that our old friends, Betty and Andrew were already in Beaver Creek so we hoped to meet up. When we arrived at the mountain the next morning, they were the first people we saw. We met up with them again at lunch as they were leaving the next day.

The kids didn’t get to show Elin all their favorite runs because none of them were open. Despite that, there was still plenty of terrain to ride and we spent the whole week working on our turns (and hockey stop for Lucas). For months I was getting Lucas mentally ready to ski parallel this year. Up until this year, he skied a very wide stance, which made skiing parallel virtually impossible. We started with hockey stops (on both sides) and lots of sliding. I realized that both Olivia and Lucas could turn and stop pretty well when going right, but going left, not so much. From then on, they were only allowed to stop left (though there wasn’t full compliance).

We stayed at the Westin in Beaver Creek again and got a little more space for the five of us. We finally made it to Grouse Mountain Grill as a family, which I enjoyed for Nick’s birthday during the last season. On our third day, we skied a half day and headed over to Vail to watch Star Wars. Afterwards, Arthur invited us over for dinner. It was great to spend time with his mom and his sister’s family, who we see often in Vail.

We skied Vail on Thursday. The coverage was surprisingly thinner than Beaver Creek and it was a day of unsuccessfully avoiding rocks. Arthur made it out in the afternoon for a few runs together. We had more meals at some familiar places as well as tried some new restaurants in Vail during the week.

By week’s end, it snowed a few more inches and actually got quite cold. The last afternoon on Saturday were the windiest conditions in which I’ve skied (seemingly hurricane force). But, it was only my second chance during the week to let my new skis run as Grace and the kids called it a day early.

Even though the snow wasn’t the best (i.e., the worst), we still had a great time and both kids made great progress on their form and speed. I’d call it a success. Can’t wait to get back on the mountain under better conditions.