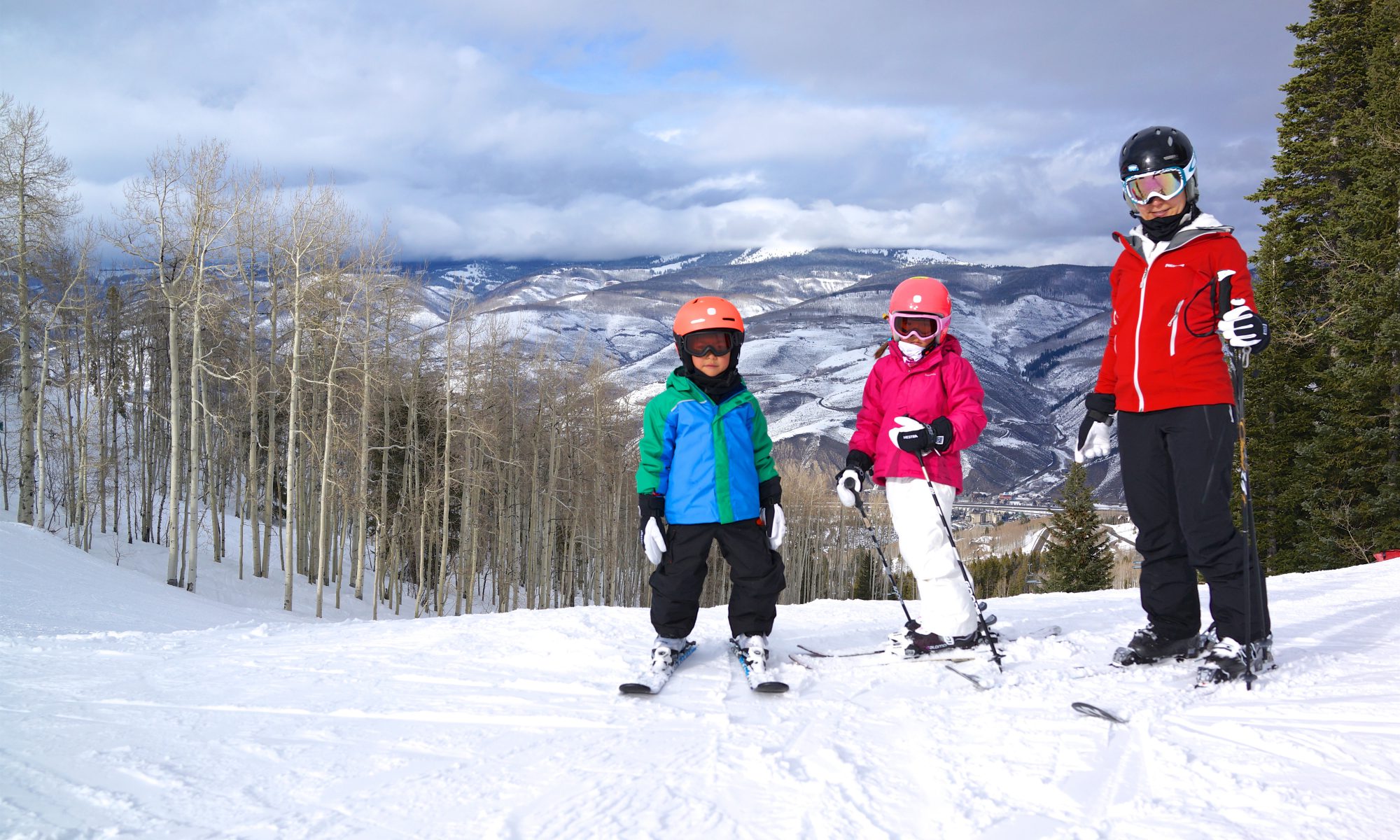 Despite the much needed precipitation this winter, Tahoe has been hit and miss for us this season. We didn’t make any advance plans for ski week this year and when I did look into it, there were virtually no places to stay, which also told me it was going to be too crowded due to pent-up demand. Thus, we made a game time call about a week ahead to go back to Colorado, where the snow was plentiful and the crowds were light.

Grace had to work in the middle of the week, so we had to go the weekend before or stay the weekend after. We chose the former and headed out on Saturday. The drive to Beaver Creek was a lot easier this year, with warm weather and clear skies. It did end up snowing a bit the first couple nights, which helped to freshen the conditions.

We tried and failed to get the kids to ski school on day 1, so we ended up skiing together the whole trip. We skied Sunday, Monday and Tuesday and Thursday at Beaver Creek, and made a trip to Vail on Wednesday. The Moons happened to be in Vail for the week, so we met them for dinner on Monday while Grace was still in town. Grace had a 5am pickup on Tuesday to head back to Denver and fly home for meetings. Ouch.

On Wednesday in Vail, we met up with Arthur, Sadie and a friend on the mountain, had lunch, and met the rest of the Cinader crew on the mountain briefly. Afterwards, we went to meet up with the Moon boys to get in a few runs with them, too. We made a quick trip back to Beaver Creek to clean up before heading back to have dinner with Mike and the boys.

The rest of the trip was pretty chill. We skied one last day at Beaver Creek before cleaning up and driving back to Denver. Originally I had stopped for dinner, but was a little worried about getting all of our luggage from the rental car center to the terminal. Olivia and Lucas each had to pull a large roller and carry their car seat, while I schlepped the boot bag, ski bag, and a couple other small bags. They were super good sports about it and we ended up having a nice dinner at Elway’s again. Despite getting home after midnight, the kids were super travelers and everyone was happy to be home and see Grace.