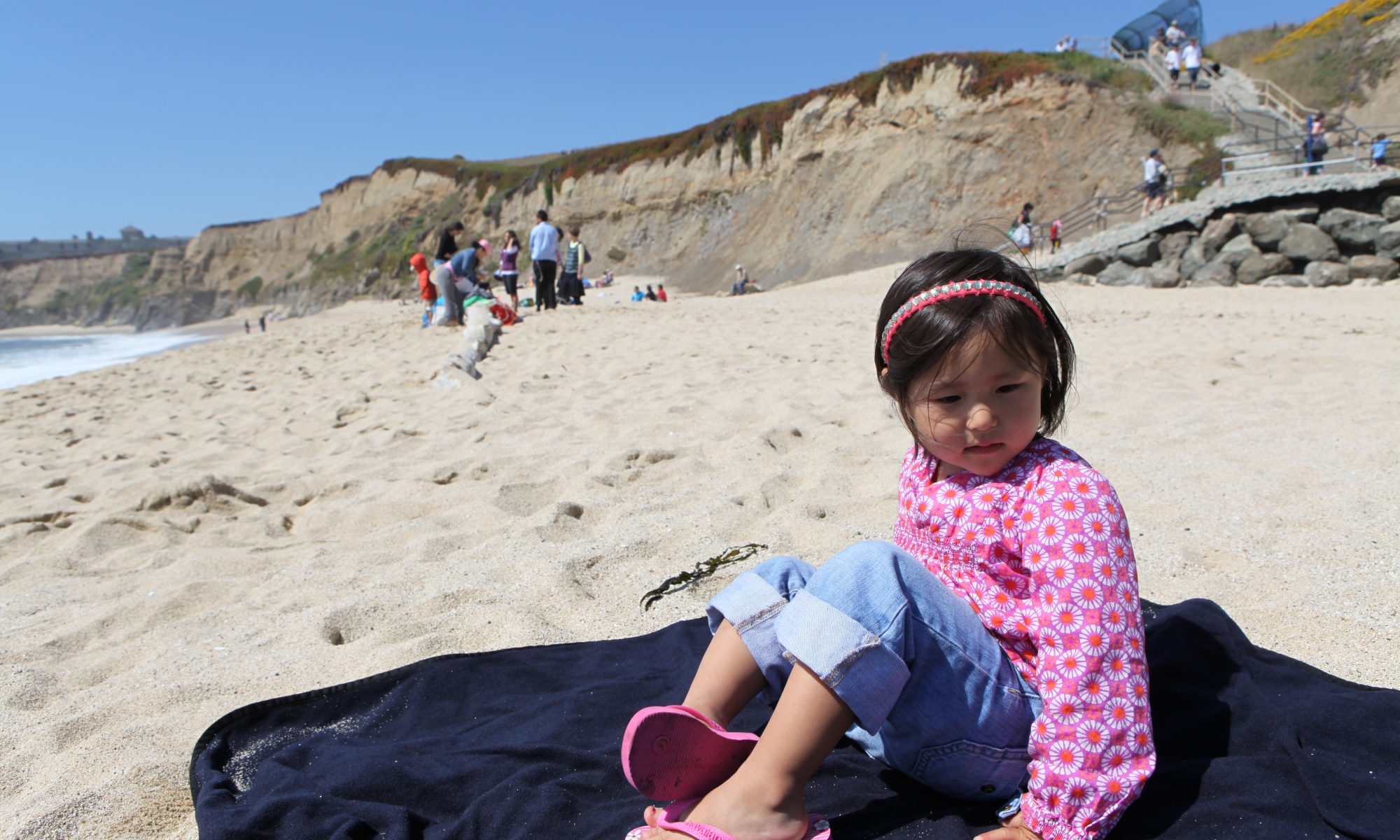 Grace needed this afternoon to work, so she suggested that Olivia and I go out while Lucas napped. I had a big afternoon planned. Of course she fell right asleep after we gassed up, which was probably good because we encountered the usual traffic on 92 West towards Half Moon Bay. We headed over to the Ritz-Carlton, where they have free public access to the beach. Olivia was a trouper on our short hike down there (after I convinced her that the last several hundred yards was all downhill).

After her last encounter with the ocean (which she brought up today), I brought plenty of extra clothes, but no sand toys. She improvised and we had a great time.

When we were done, guess who had to carry her up that hill?  After the trek back, we both needed some refreshments, so we ordered up a Shirley Temple, and iced tea, and some profiteroles with chocolate sauce.

When we got to the car, she was kind enough to inform me that she had to go potty (after I had just strongly suggested she go before we left). We made a quick stop at the grocery store for Grace. When we got home, Grace and Lucas had a delicious Tuscan Lemon Chicken and rice waiting for us.

Did I mention the weather here in northern California was unbelievable this weekend?  Amazing day.