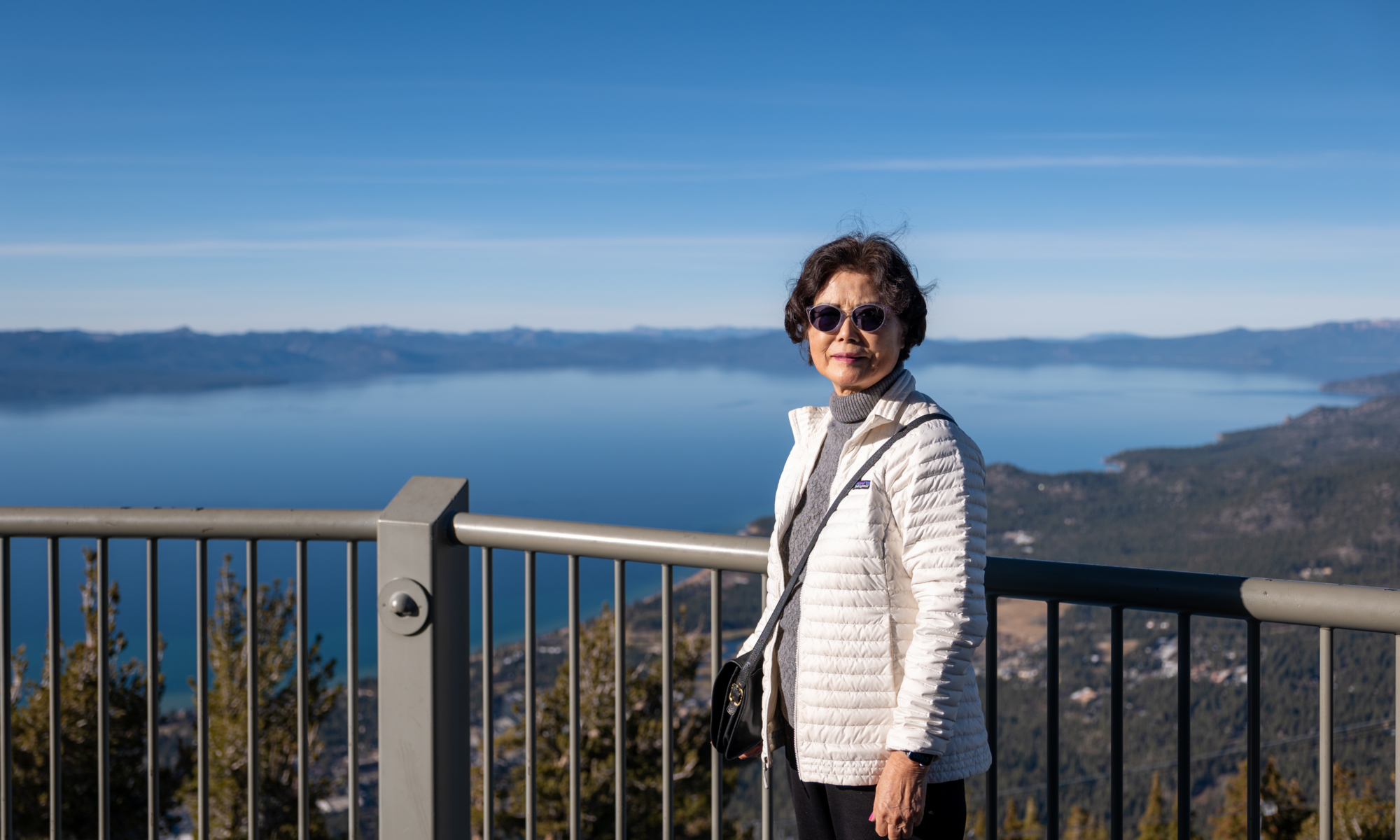 We capped off our Thanksgiving holiday with my mom and Jen in Lake Tahoe. I’m not sure if it counts as a staycation when you drive 4-5 hours each way, but it is somewhat routine for us. We wanted to give them the full treatment, which included a stop at Il Fornaio in Roseville for dinner. Blue came along and they were nice enough to let him sit with us in the restaurant (instead of on the patio, which would have been chilly).

Grace was thinking that this would be somewhat of a ski trip, except it was in the 60s and the only snow on the ground was from October. I think at that time they were optimistic for an early start to the season, but it has been quite dry since then. It turned out to be fine because we could just relax and show them around.

We were all able to fit nicely into a 3BR at the Ritz-Carlton. We started Saturday morning with brunch in the hotel. Olivia wanted to skate so we took the gondola down to Northstar village, but the rink was closed until the evening. We drove half way around the lake to South Lake Tahoe. It was a perfect day and in the 60s. My mom hadn’t been to Lake Tahoe in 33 years and back then she didn’t see much.

When we got to Heavenly, it was a lot more crowded. Lucas has been wanting to do the bungee thing since he missed out in Jackson Hole. And, to Olivia’s delight, the skating rink was open over there. I took my mom up the Heavenly gondola, which has stunning views of almost the entire lake at the observation level. By the time we got down, Olivia, Jen and Lucas were all skating.

The main event for the evening was the Big 10 Championship game. This was supposed to be an early birthday celebration for Jen. There was a lot of planning of dinner around this game, including a dog sitter for Blue. In the end, we just ordered room service and watched the game in the room, which turned out to be perfect. Also perfect was our blowout, decisive victory. Everyone was happy.

Sunday, we just had brunch again at the hotel and got on the road to return home. It was a short trip and a long drive, but worth it to experience Tahoe all together. Lucas is doing ski team at Northstar this winter, so he and I will be making this trip often.