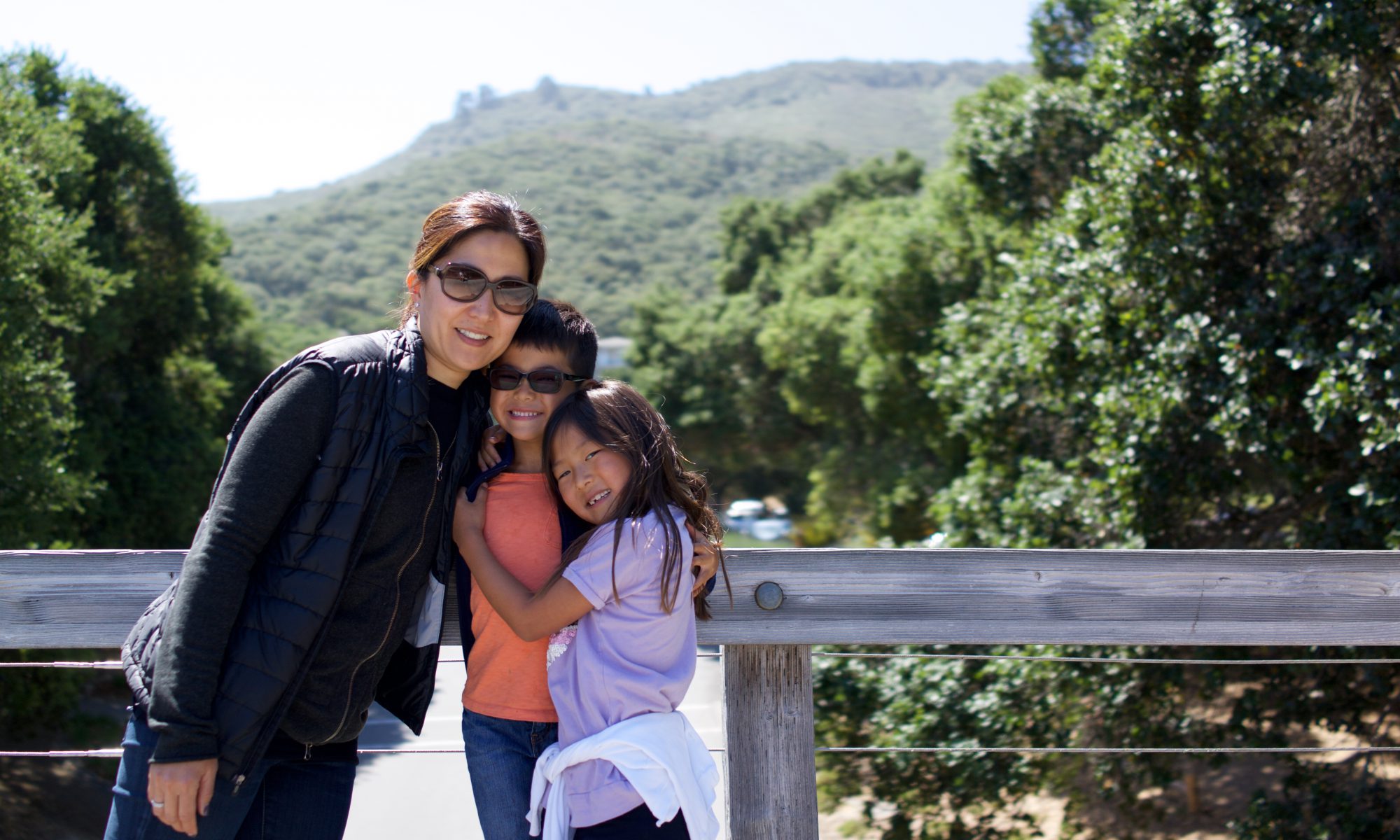 The kids finished school last week, so we kicked off summer at Carmel Valley Ranch over the weekend. This was a raincheck on the birthday weekend Grace planned for us, which was supposed to be unlimited golf, no kids. Instead, we had unlimited kids and no golf. It was all good.

We arrived in Carmel on Friday for a late lunch downtown before checking in. I ran into Maggie from work and found out a few friends were in town for Kellan’s wedding. After we checked in, the kids had a couple hours to swim before dinner. We ran into the Peppers from school, who were there with a huge group to celebrate their dad’s 75th.

There were a couple main attractions at the resort: the swings and the smores. The kids enjoyed each every time they encountered them. Lizzy and Luis were also at the resort and we ran into them at breakfast, which was fun. I think we thought we might see them at the pool sometime, until we realized they were in the safe haven of the adult-only pool, while we were required to keep our riff raff at River Ranch.

We actually did get a little golf in on Saturday when we went to the range for the first time as a family. The kids have been taking golf lessons after school this spring. They quickly found that driving the golf carts is really the most fun part about golf and that everything else can be frustrating. Afterwards, we spent the rest of the day at the pool.

On Sunday, we enjoyed brunch at the resort and then headed out to Monterey. We took the kids to the aquarium for the first time. Afterwards, we crushed it at Ticos Tacos before heading for home. We were on the road for exactly 7 minutes before everyone else in the car passed out. Petting starfish and sea cucumbers can tire one out.

There was an accident on the 17, so Waze pointed me up the 1 from Santa Cruz to Half Moon Bay. It was the first time either Grace or I had been on that route and it was a beautiful drive, despite the fog and wind. We made it home just as Lucas woke up and he said it felt like 10 minutes, which makes sense.