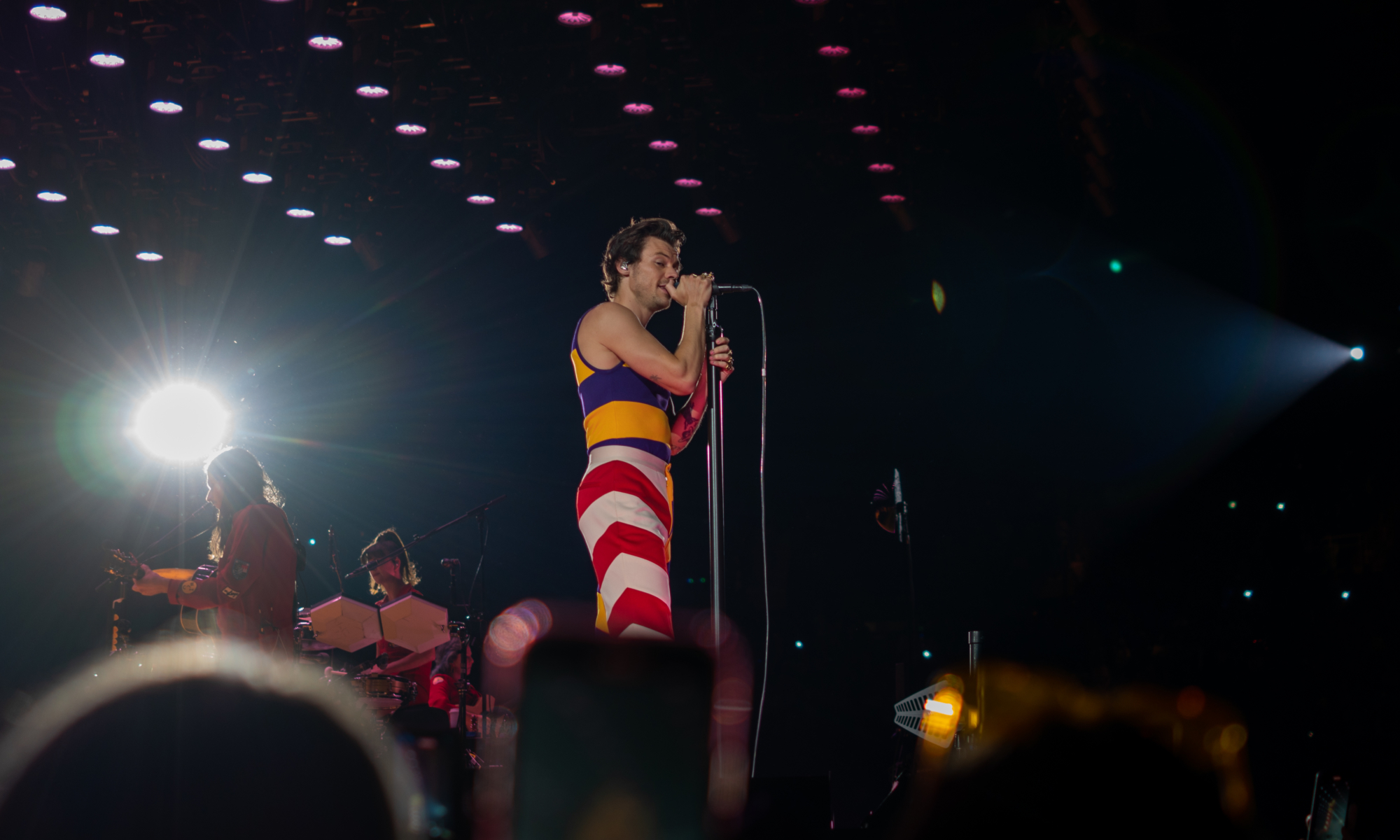 We’re nearing the end of our concert series for 2022, but this is clearly the pinnacle for Olivia, who is slightly obsessed with Harry Styles. We were cool with Olivia wanting to see him on his tour, but it didn’t help that he was only playing a few cities, the nearest being in Los Angeles.

Back in May, Olivia came home from a school trip with a lot of memories and COVID-19. The silver lining of her being home that week was the she could focus all of her time and attention to securing tickets to this concert. She enlisted my help and as each show went on sale, we anxiously logged in to get in the queue. We first ended up with 4 tickets to last Saturday’s show, which thanks to being deep in line and Ticketmaster’s “dynamic pricing,” we paid an astronomical sum for upper bowl tickets. I was underwhelmed.

A few hours later, we tried again for the next Saturday’s show. While I was again thousands deep, Olivia somehow ended up 2nd in the queue. She was in tears with joy. I was just happy she got 8 General Admissions tickets for a reasonable sum and was now just stressed about who to invite.

In the end, only a couple of Olivia’s friends could attend the show, which was perfect because my car only holds 4 people. After our Olivia Rodrigo GA debacle, Olivia felt we needed to up our GA game and wanted to camp out. I was very hesitant to sign up for that, given an overnight in Inglewood with 3 teens seemed sketchy. Plus, I’m way too old to sleep on pavement. Olivia’s pragmatism prevailed and she decided on her own that it wasn’t worth it.

I picked them up straight from school on Friday and after seven hours, including a stop at Party City for feather boas and candy, we made it to LA. We tried to do a drive-by of the Kia Forum, but Friday’s show was just letting out and it was mayhem. The weather was really nice, so I agreed to go early and try to get wrist bands. We got up at 5:30am and got in line around 6:00am, behind about 600 people crazier people than us. There were people already in line and camping for Tuesday’s show – nuts!

We brought lawn chairs, Snuggies, sign-making supplies and even homework and the time passed surprisingly quickly. By 10:40am, our wristbands were secured. We were numbers 610-613 in line. Olivia’s friends had not really visited LA before, so we went for a well-deserved brunch in Manhattan Beach. Olivia wasn’t very unhappy that I forced them to take so many pictures after we had all just rolled out of bed and were not camera ready. Too bad.

We only had a couple hours to rest and get ready before heading back to the forum between 3-4pm to get back in line. From then, it was queue after queue until we finally entered the arena just after 6pm. Ben Harper opened  and was great and Harry’s set started promptly at 9pm. We had already been on our feet for 6 hours and I was now ready to sit and admit to shopping for seats on StubHub.

Within about 20-30 seconds of Harry coming on stage, I realized his fandom is something I hadn’t really experienced before. It was deafening (literally – ears still ringing). Olivia wasn’t crying just yet. However, the minute I realized all of this was worth it was when Harry waved to her and she just turned around to me and started sobbing. At 15, I didn’t love anything or anyone that much (because I didn’t discover Kim Basinger until I was 16). Olivia sobbed again in the car when she reviewed the video of Harry waving at her.

The show was actually really fun and the girls all had such a good time, Olivia especially. I will say I am more of a fan, but I’m not necessarily inclined to camp out for him again. Even Olivia conceded it was a once-in-a-lifetime thing.

We didn’t eat or drink anything for close to 12 hours, so it was time for dinner. It’s been close to 30 years since I had a late night in Manhattan Beach, but The Kettle is still 24-hours so we went there. It was a long, long day of Harry Styles.

I told Olivia I was only invited because they needed me there. She said that wasn’t true – they didn’t need me (oof). The truth is in a few years she’ll be able to do this on her own. I’m glad we got to experience this together and she was truly appreciative.