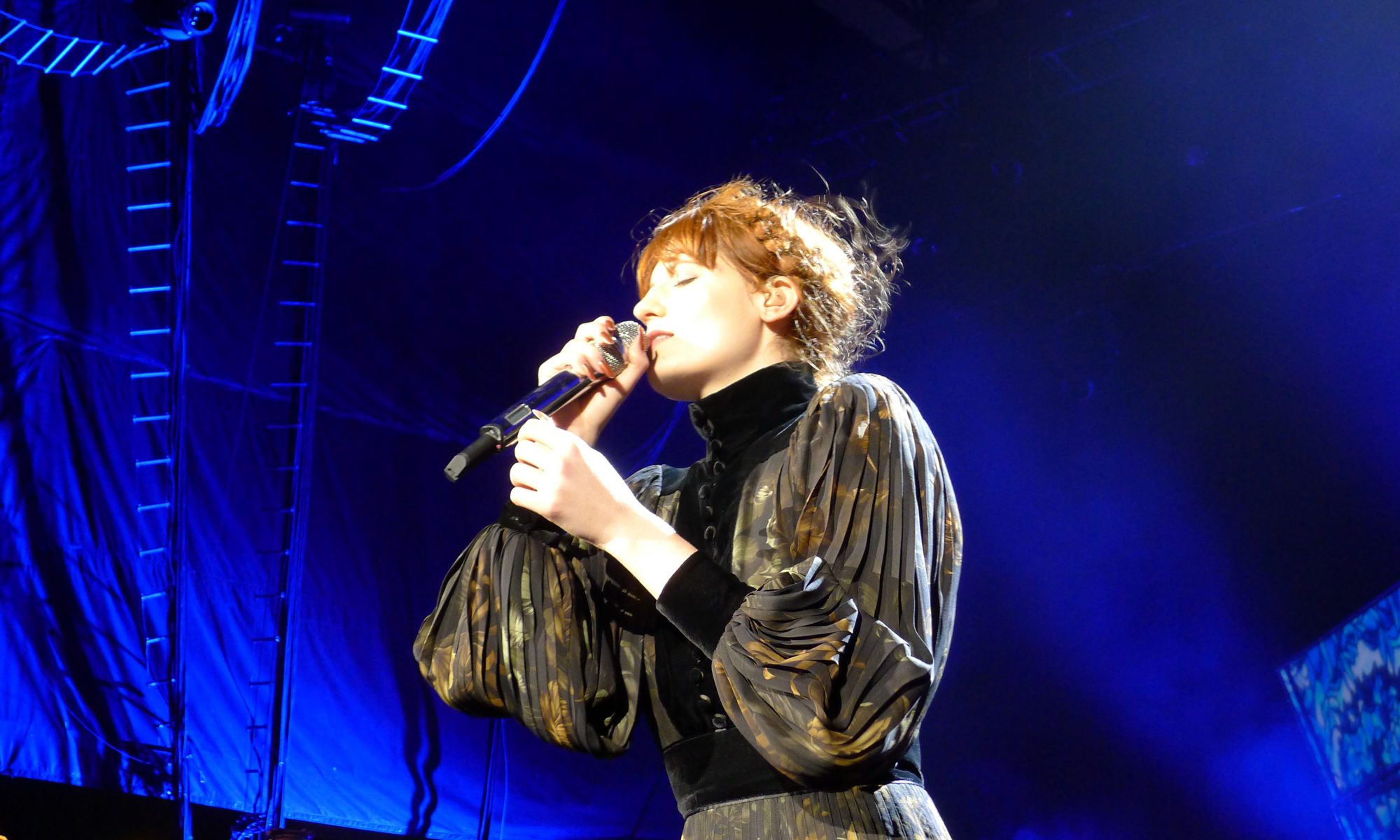 After we saw Florence + the Machine in Paris, we (I) decided we would be groupies. We had a chance to see them at UC Davis, but Grace wasn’t up for it because it was a Thursday (40 going on 60). When they announced their Shoreline show, which was on a Friday, there were no excuses.

Long story short, I got overzealous on StubHub and ended up with what turned out to be 3rd and 5th row tickets, the latter of which were used by Karen and Paul. Backing up a bit, we had an amazing dinner at Evvia in Palo Alto and arrived just as the opening act were finishing up.

They were handing out wristbands to the first several rows, which allowed us to stand up in front of the stage. We were assured that we would be released first “sometime during the first song.” However, when the lights went down, everyone rushed the stage. It was anarchy. Paul just happened to be crossing the front of the stage to head to his real seats when he posted up front and center. I told Grace it was go time, so we ended up on the rail, just to the outside of Florence’s left monitor. This turned out to be a pretty good spot, because whenever she came out to the crowd on our side of the stage, she was standing right in front of us. Even though the venue in Paris was small and intimate, it didn’t matter if there were 10 people or 10,000 standing behind us for this show. I noticed that we were hearing the guitarist’s Fender amps directly rather than the amphitheater sound system. At one point, Isa, the keyboardist, smiled right at me (seriously, right at me).

Throughout the concert, Florence gave some high-fives to fans with outstretched hands as she went back and forth across the stage. During the height of Shake It Out, I just held out my hand and she came right to me, looked right at me, and took my hand. Though it was just an instant, it was an unforgettable moment. I looked at Grace and she looked at me and said “sweetie!” This dude right behind her looked at me with a “duuude” look. PK looked over and was going crazy.

During the beginning of the next song, No Light, No Light, Florence was banging away on her own drum and afterwards came out and handed out her two drum sticks. Paul “received” one of them, but from my vantage, each were snatched from her hands. In any case, he went home with an amazing souvenir.

For obvious reasons, this show ranks as one of the best ever.

I found some videos of our special “moment.” Check out 1:22 in this clip.