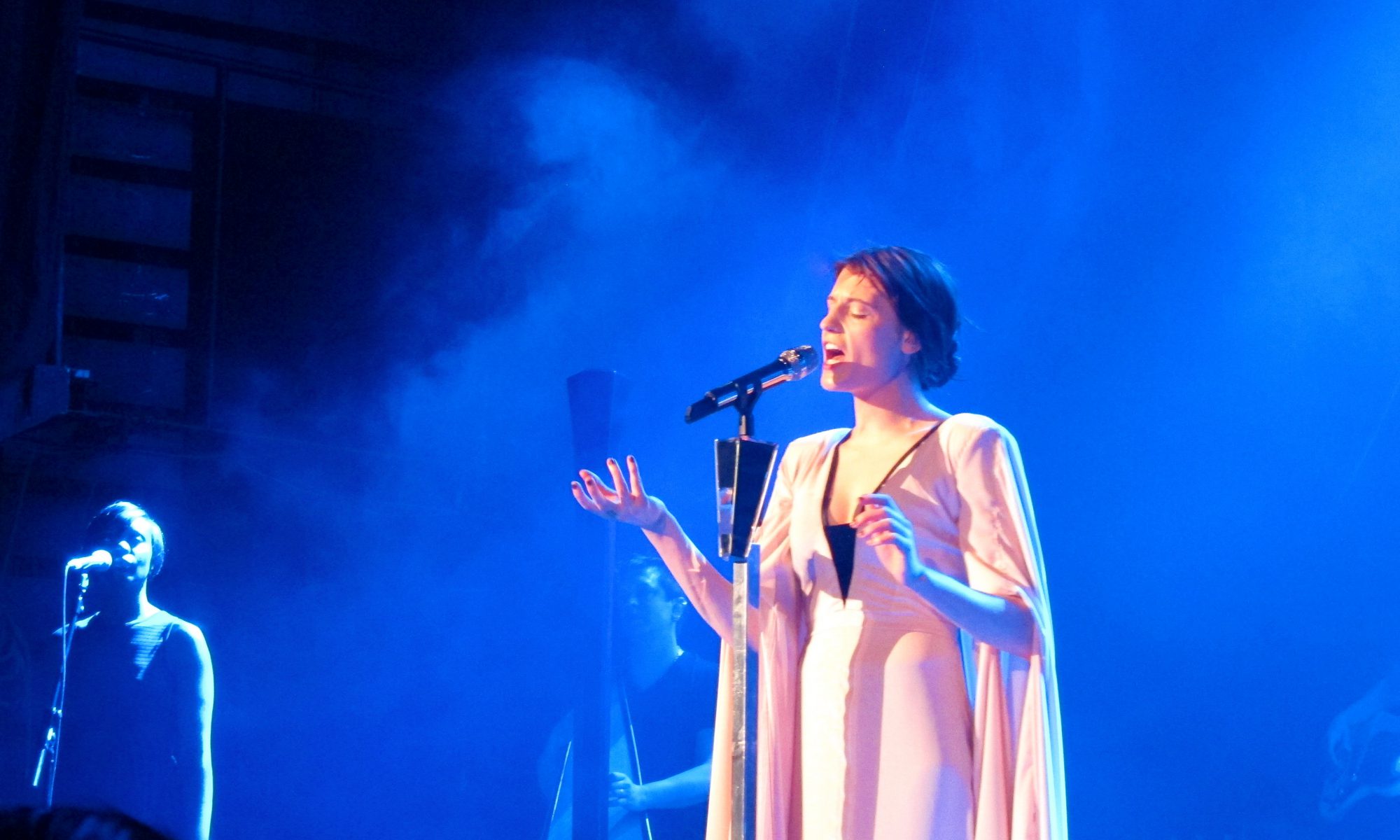 So the irony about going to Paris to see The Civil Wars is that they cancelled the show last week. I was so bummed. They reschedule the entire leg of their tour except for a couple shows last week in Northern UK. I even considered re-routing through Edinburgh where they were playing their last scheduled show, but I couldn’t secure tickets. I emailed with the manager of the venue and he very candidly advised that we shouldn’t fly all the way up there because the show had been sold out for a while and he already had a long waiting list.

When we got to Paris, I explained to Grace the situation. On a whim, I found out The Shins were playing that evening and Grace indulged me enough to head over to the venue to get tickets and go. I thought it was a great show, but Grace wasn’t too familiar with their music. Plus, we had general admission and it was hot, crowded and sweaty. Uh oh.

It was uh oh because I had bought tickets to see Florence + the Machine on our birthday before we arrived. It was also uh oh because they were also General Admission and Grace’s tank for cramming in with kids half our age was close to empty. She indulged me again and we went a little early, staked our claim very close to the stage and had a snack before the show started. A typical angsty brit-pop group (Spector) opened up and they were great.

Florence took the stage right at 9pm and it was electric. To say her voice soars does not give her enough credit. I was a little stressed about our timing because we had a dinner reservation at 10:30pm. She played Shake It Out and Dog Days are Over earlier in the set, for which I was relieved because I thought for sure they would be encore songs. During the latter, Grace and I were bouncing around with several thousand Parisienne youth and it was amazing.

It was easily one of the best shows I’ve ever seen and thankfully Grace felt the same way. I will always think of Paris (and being here with Grace) when I listen to them now. Here’s to making new memories and growing older without getting old!I should mention that we finished celebrating Grace’s 40th birthday at Restaurant L’Atelier de Joel Robuchon. One of my sweet colleagues, Laurie, not only made excellent recommendations for our entire trip, but she also made the reservation for me. We had a memorable meal there and the service and venue were perfect. Merci!