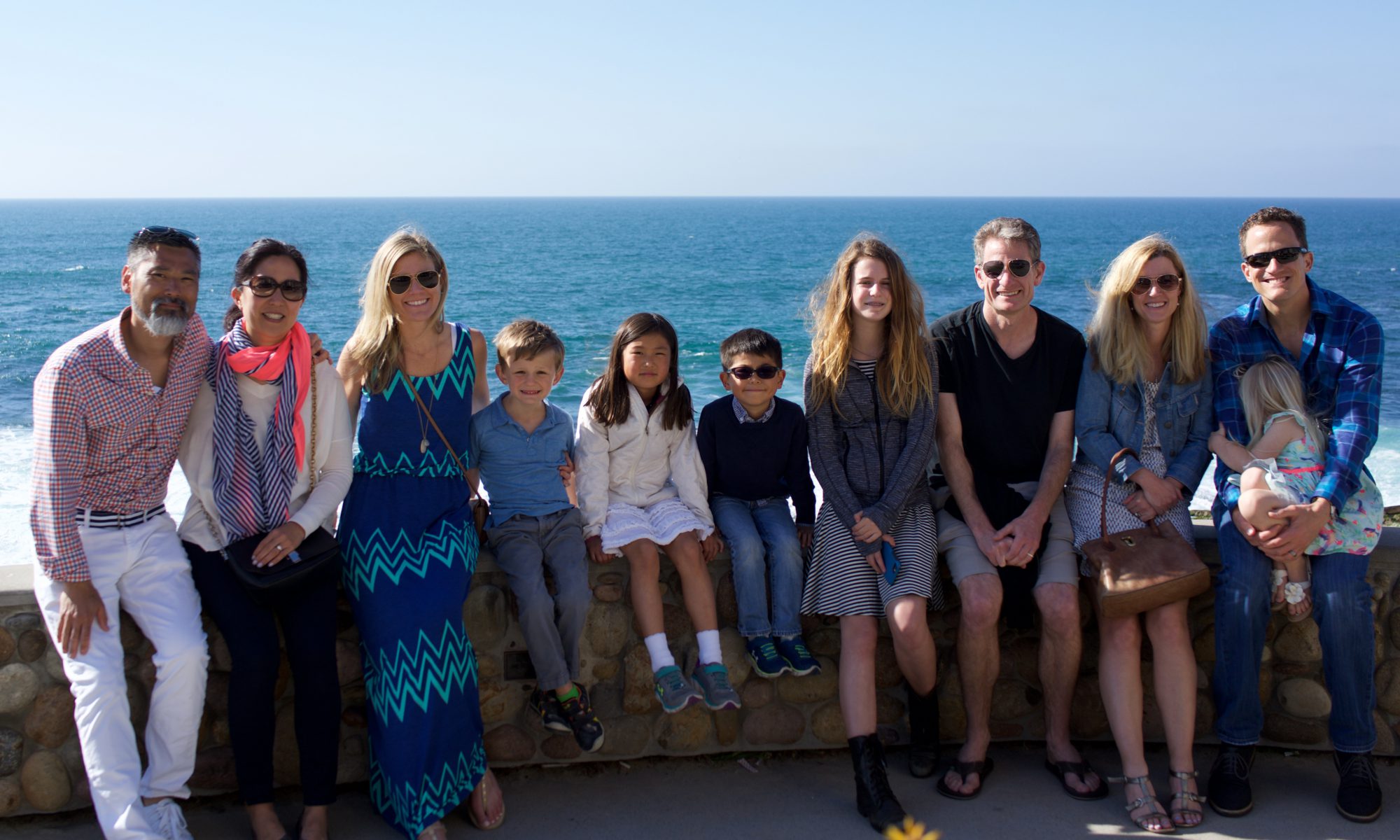 Grace’s parents came down to Laguna Niguel on Thursday and stayed the evening so we could have dinner together. On Friday morning, we explored Laguna Beach. Lucas was belly-aching about all the walking (i.e., more than 2 blocks), but he toughed it out and we ended up at Nick’s. It was worth waiting for it to open.

We thought we’d make a quick stop at the beach downtown to check it out. 2.5 hours later, the kids were still running, digging, and pouring. I might have gotten involved there at the end. We went and got a well-earned gelato before packing it it. That evening, we crashed the T’Kindt’s pizza party, as the Primos were visiting from Michigan. The kids and adults all had a great evening together, though Sloane never did warm up to me (or anyone in the family). Next time, we’ll be BFFs.

On Saturday, we were heading to La Jolla to meet up with the West Bloomfield crew. We made a game-time call to pack everything up to give us the option to head home that day. A plane made an emergency landing on an adjacent freeway, which snarled traffic for us. Eventually we made it to lunch with Vickie, Steve, Laura, Chris, Kristen, Scott and the kids. We all drove over to the cove for some more gelato and took a stroll down to the sea wall to see the seals.

We stopped at Ann and Jeremy’s in LA for dinner and a quick visit with the kids and Murphy. Though we were a couple hours behind schedule, I lobbied to press on and go home so we could have a relaxing Sunday at home. Although Grace was not on board with my plan, she started the drive for us and drove straight through until we got home at 3am. Wow – thanks!