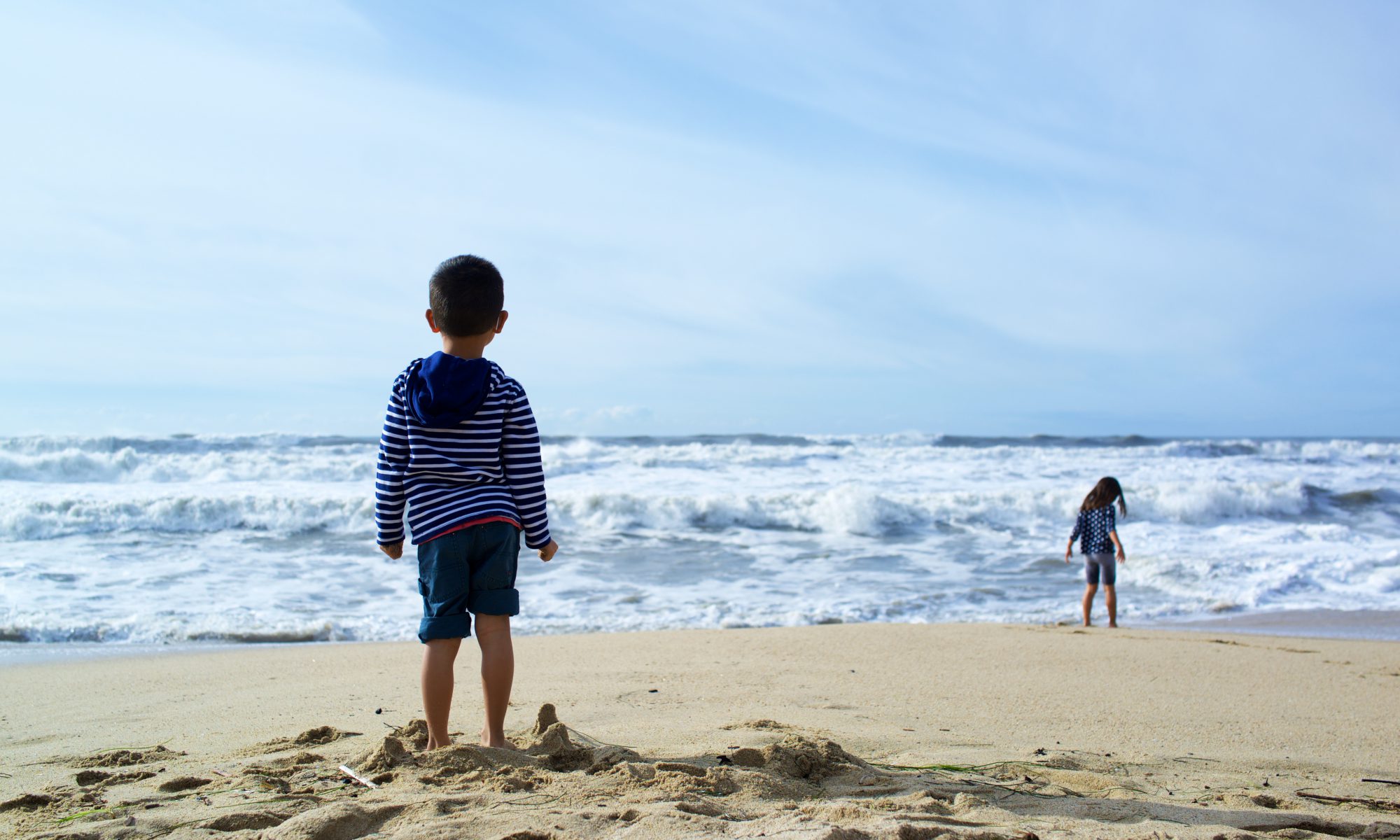 Grace is on a girls weekend in Chicago / Lake Michigan. There was some serious plumbing going on at the house, so we had to get out of there. HMB is my go-to for having a day outdoors with the kids. I’d say there’s a routine, but every wave is different and makes for an adventurous time.

It was crazy to see what the recent storms did to erode the beach. Shortly after walking off the steps there’s about a 5-6′ sand cliff to the newly contoured beach. The seas were still pretty rough and I did have some fear of the kids getting washed away. There was a low-point on the beach that I told Olivia to avoid, though she kept taunting the ocean. This young couple went for a stroll right into that area and were soon soaked to mid-thigh of their rolled-up jeans. It was funny, but also made my point to O.

Though there were some scuffles and a war of wills, there was also a lot of teamwork. We had a late lunch at the hotel before heading home. HMB is always a great little getaway for us and it turned out to be a beatiful late-Autumn day.