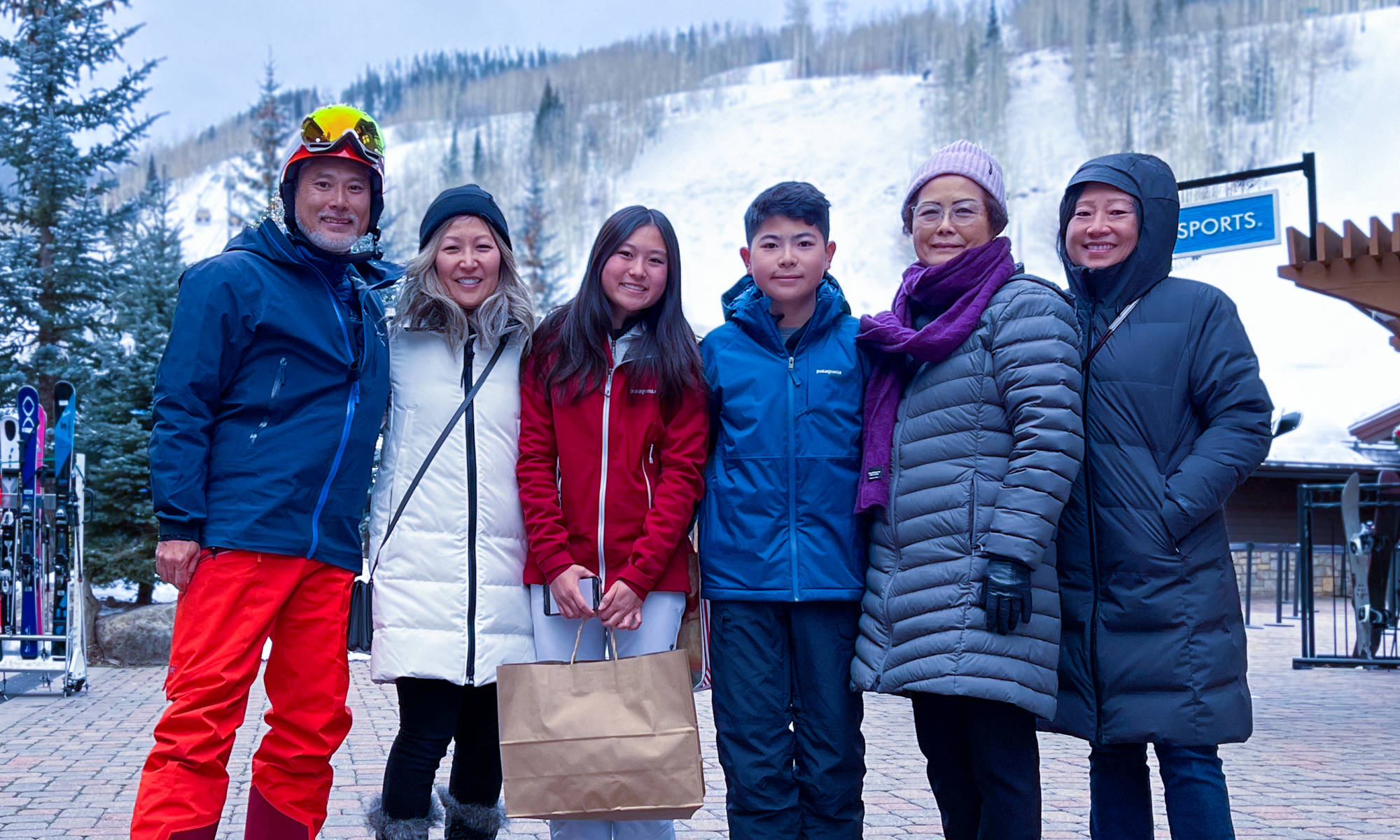 The kids got out of school early this year, so we decided to go on our annual ski trip before the holidays. Even though they weren’t going to ski, we asked my mom and Jen (and Blue) to join us to experience mountain life for a week. To keep things familiar, we went back to Beaver Creek, though we stayed at a different hotel for the first time.

After all flying into Denver, we drove up to the mountains together. Things went a lot more smoothly with our flights and bags compared to last year, so we had that going for us. The snow was also the best it has been for us this early in the season, so we were also thankful for that.

Even though we took mom and Jen to some of our favorite places, we tried some new ones together, too. We took a one-day excursion to Vail, which really meant a couple of runs and lunch. The weather most of the week was pretty good. Some bluebird days, some new snow, and some bomb cyclone wind and snow.

All-in-all, it was a fun Rhee family trip, despite the 7-hour delay getting home from Denver. We all flew back to SF to spend the rest of the holiday together. Everyone was super excited to see Luna, except maybe Blue. 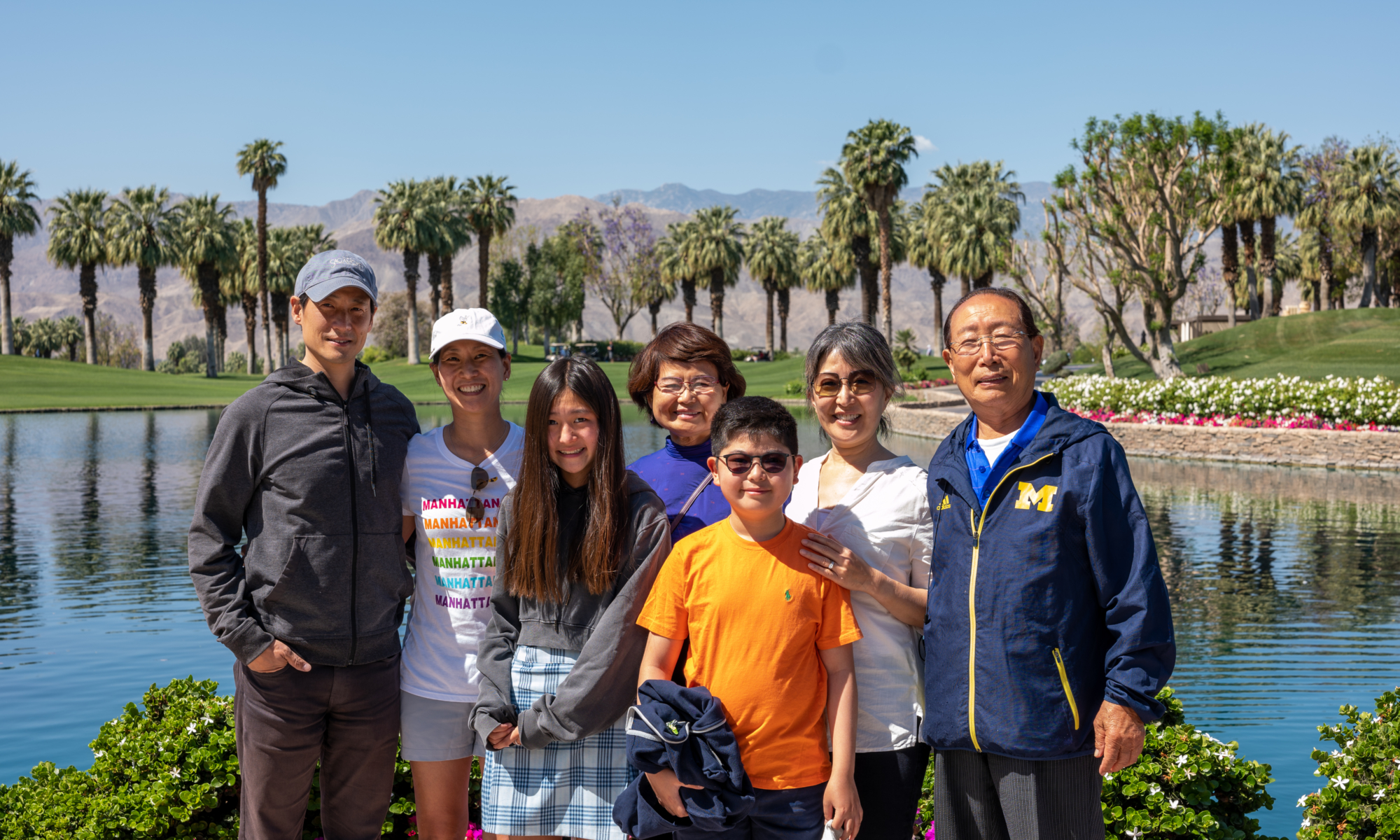 Grace’s parents have thankfully been fully vaccinated, so we planned our spring break around seeing them and also celebrating her mom’s 80th birthday. Dave planned to come out and join us. At the last minute, Addy decided to join us as well. Bummer that Charles and their kids couldn’t make the family gathering complete.

Grace got lucky with her first vaccine shot a few weeks ago, but that put her second shot in the middle of break, which couldn’t be changed. She also hauled to Sacramento to get it, so that meant a 2 day delay and 3 hour diversion on our drive down to LA, which was a problem worth having.

Grace hemmed and hawed (never does that) on where to stay. Ultimately she picked West Hollywood to stay at a hotel she enjoyed in London. It was nice and quiet, but a little out of the way and not really walking (for me).

Chosun Galbee isn’t open on Mondays, so we went to some other place, which was fine. Benjamins were distributed by grandpa. Tuesday, Addy was flying in, and she had never been to Manhattan Beach, so we all met up there for lunch. The weather wasn’t the greatest, but it’s always nice to visit.

We had dinner at Ann and Jeremy’s. Grace and I have watched Queens Gambit three times and the kids twice. They are obsessed with chess, which seems like a much better use of device time, so it is usually allowed. Lucas is improving against Jeremy in their matches and can hopefully make a strong showing in a visit or two. I’m 0 for 2 against Olivia already.

Wednesday was moving day, so we took advantage of the empty roof-top pool. Our teenager wasn’t interested and Lucas asked me to join him. It was warm enough, but once the sun was hidden for the foreseeable future, it was time to go. We did get to have Chosun Galbee for lunch on our way out of town.

Our family road trip was to Palm Desert. I haven’t been to Palm Springs in almost 30 years and I don’t think anyone else has been there recently either. The weather was a little dodgy when we arrived, but it cleared up nicely for a couple days of golf and pool. Grace played 18 holes for the first time in forever and held up great.

The resort was nice enough, but was a little too big. I believe it peaked in 1983 and was a little understaffed for the number of guests. The food there was great and we had some meals in town, including Grace’s mom’s birthday dinner.

We had ambitions of going to Joshua Tree, but it turned out to be more effort than was wanting to be expended. I saw a lot of people posting from there the week before and the same week. Grace’s parents, Addy and Dave stopped there on the way back to LA and we headed straight home after our last brunch together. We’ll have to come back to check it out.

Happy to be spending quality time with family again. Can’t wait to see my family next. 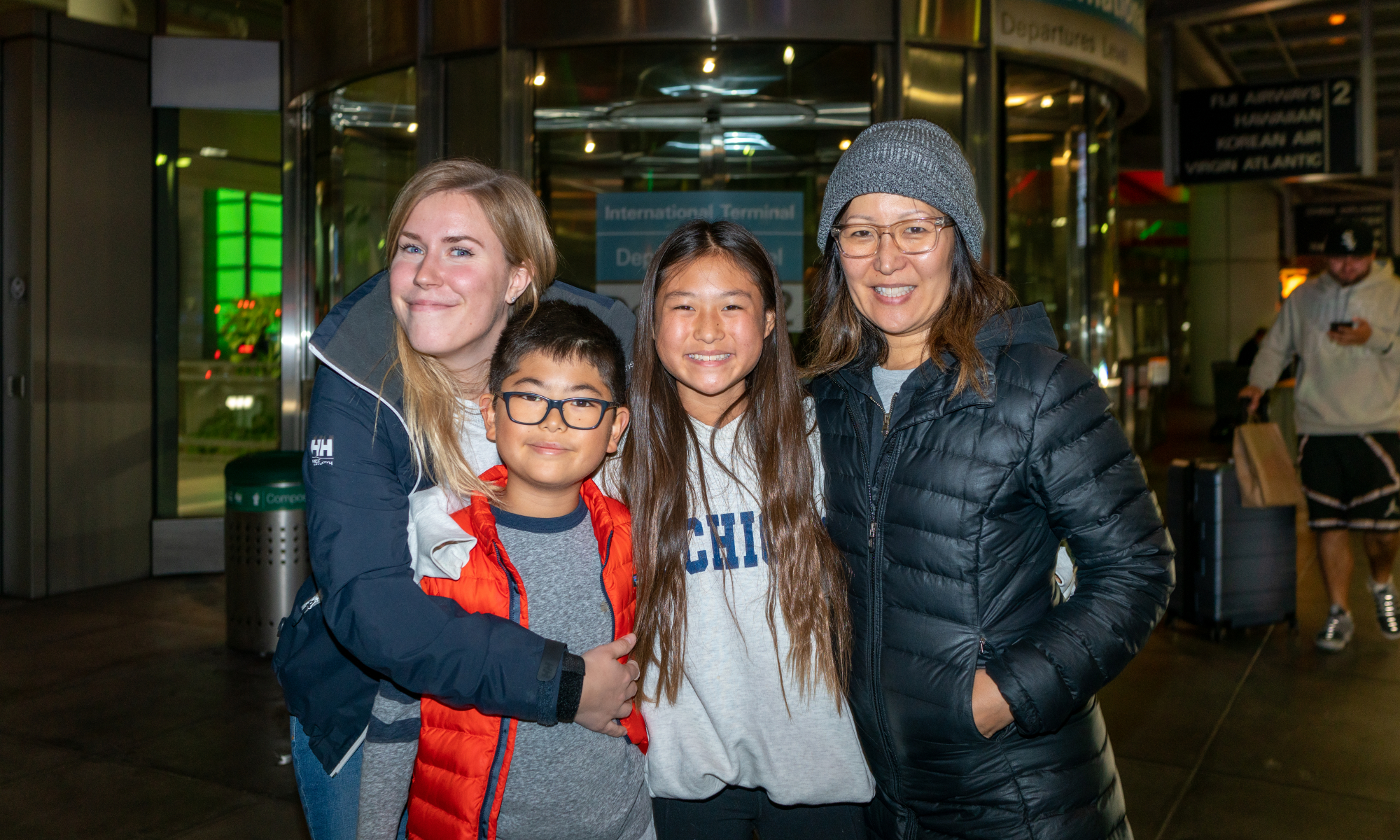 After spending the Fall with us, Elin was now heading back to Sweden to continue on with her life, which is going to be amazing. We had dinner with the Lees and watched Star Wars together on Friday. On Saturday, we exchanged gifts and went to Ramen Parlor before dropping Elin off at the airport.

This time, Lucas was much more composed. When Ala left, I observed that he’s learning that these departures aren’t necessarily goodbyes. I think the kids are confident they will see Elin again (we are, too).

We’ll miss you, Elin. Best wishes in everything. 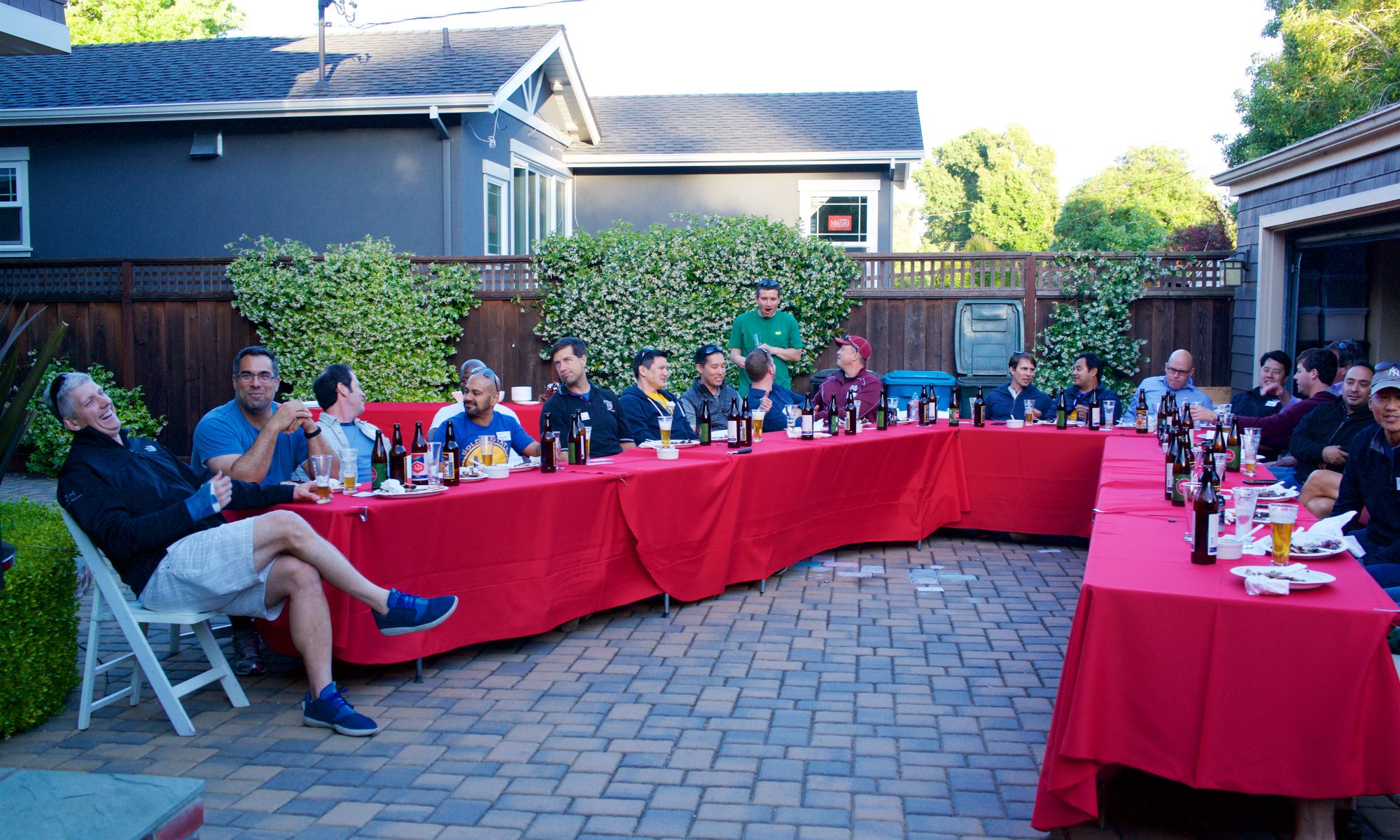 On Sunday, June 5th, about 30 Carey dads joined us for our 5th annual pay-to-play fundraiser for the school. Some things were dialed up a notch, including Adam’s beautiful new beef brisket. Justin needed three grills to cook his amazing pork ribs (his Weber and two BGEs – thanks, Posse). Grace again did almost all the work on our end. She had to fly to Singapore the night before and crushed as much as she could before she left. My mom gets the assist for finishing the sides day-of. I did personally massage each piece of Korean Kalbi, so I’m not completely useless.

Thanks, everyone, for another great event. We still have a few more good years in us. Until next year.

Would it be bad if I sat here all afternoon and played Candy Crush?

First Broadway show with the kids. Thanks to Aunt Jen for treating the kids. #hakunamatata

Sam, the elf, has arrived. Kids are excited.