Luna’s day bed also serves as a digital-to-analog converter. All the human beds in the house together do not exceed its value (to me). She does whatever she wants, wherever she wants. #freecat

After 169K miles, the transmission on our trusty Land Rover went out. We’ve been through too much together to put it out to pasture. I fixed the engine misfires last week and today I pulled this mechatronic (valve body) from the ZF transmission and rebuilt it. I had no idea what I was doing, but it is is back together and running great! It’s ready for the next 169K miles.

One day a year I need two grills to host an event. My BGE benefactor (Posse) moved more than a few blocks away, so I needed a plan B. Craigslist is the place for distressed grill sales. How long before Grace notices? #biggreenegg 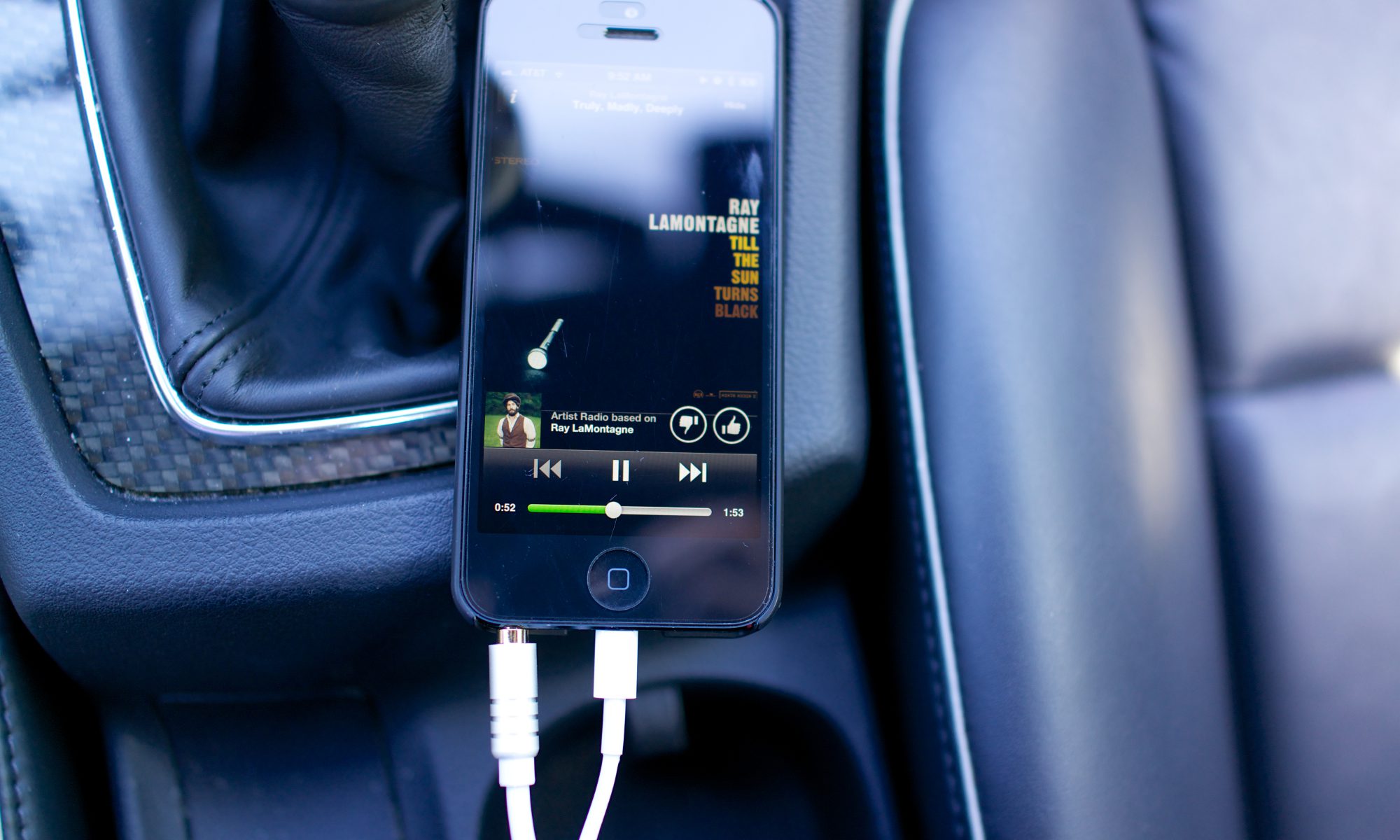 There was only one thing my car was lacking, and that was the ability to play my phone through the stereo. Once I started using Spotify, I no longer needed to try to cart my media around with me (even harder was deciding what to bring). Therefore, the combination of Spotify + car would have allowed me to listen to virtually anything, anywhere.

I had been meaning to do this for a while, but there were always other projects on deck. I decided it was imperative, as I was contemplating getting a different car to solve this problem. I researched the parts online, purchased the parts online, and got some extra needed bits off Amazon, including a heat gun, which I may never use again.

Even though most of the install was going to be hidden, I decided to dress up the wires anyway (I needed more excuses to fire up the heat gun). After a final trip to the auto parts store, the actual wiring only took 20-30 minutes. Once it was done, however, there was no instant gratification. My radio does not ship with the Aux Input enabled. Thus, I searched Craigslist to borrow a special VAG-COM tool (really it’s a cable), so we could re-flash the firmware to enable the option.

On Tuesday, Grace had a dinner and had arranged a sitter, so I was on my own. I drove down to Palo Alto to meet the one guy who had the tool. When I arrived, I did some final research on the procedure, and realized that my radio was not running the latest software, which was required to accept the update. Oops.

I found the update “online” and used a “torrent” for the first time. It took me about 4 tries to successfully burn the DVD, but finally it worked. Friday after work, I headed back down to Palo Alto from SF during the height of rush hour. Waze steered me all over the Bay Area to get there. The guy couldn’t have been nicer and it only took about 5-10 minutes. We enabled one more option (opening/closing all the windows with the key fob) while we were at it.

All worky and while it’s not fancy Bluetooth audio with steering wheel controls, I at least have tunes to go.

We call him Sam. It begins.