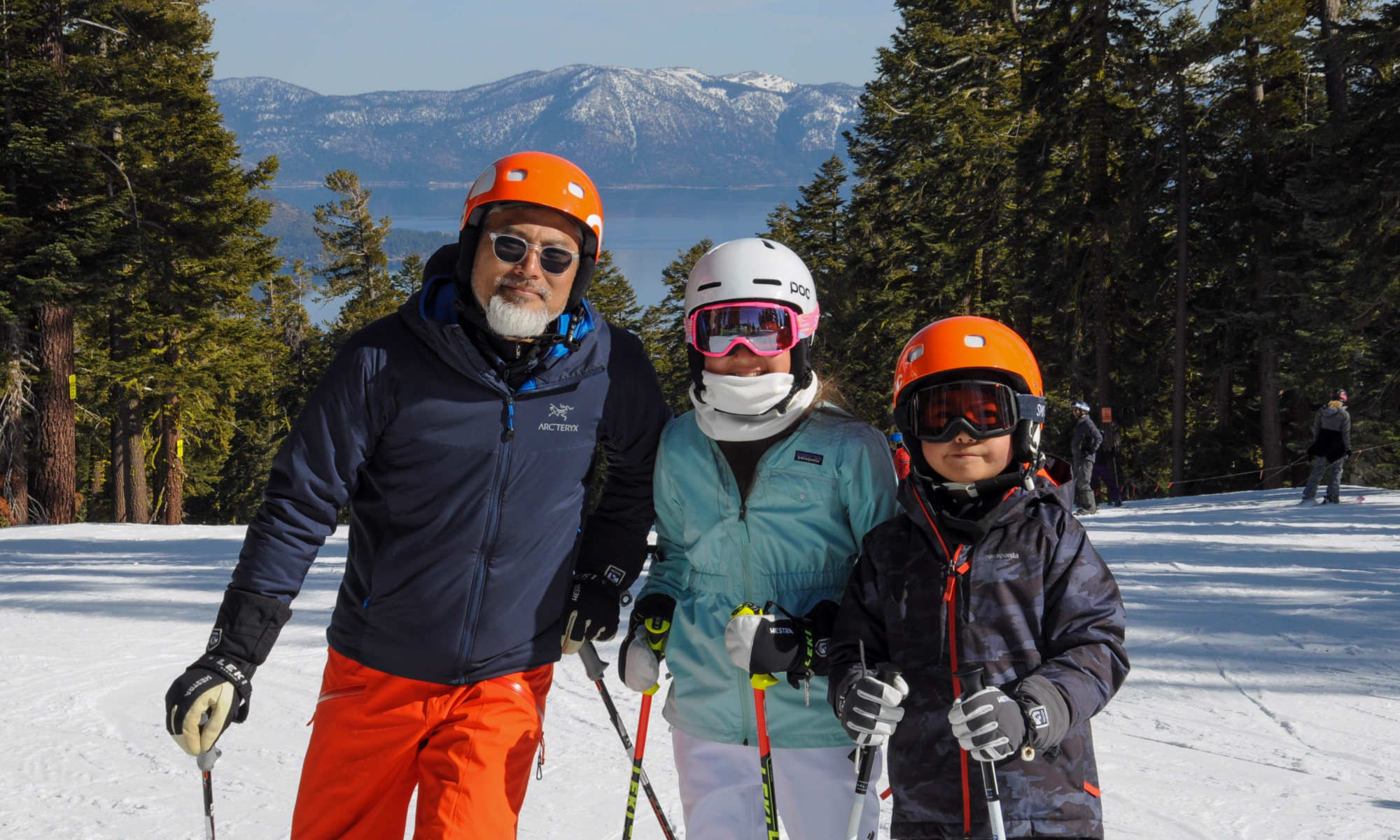 Clara and Mike invited us to Tahoe for ski week. Unfortunately, Grace’s aunt passed away the day before our trip, so she went to Florida to be with the Hur side of the family for most of the week. Lucas, Olivia and I headed up to Tahoe on Saturday for the week.

We didn’t have last year’s epic snow, but there was enough. I learned the hard way that sometimes, enough isn’t enough. On Monday, we planned to take the only mogul run on the back for the last run of the day, hoping things had softened up in the warm temperatures. About 3 turns in at the top, I came over the back side of a rock-hard mogul and pulled my calf pretty badly. I thought maybe it was just a cramp, but I had a hard time getting down. I was able to limp back to the lodge but soon realized I could ski better than I could walk.

The kids were hoping for some down time, which they got for the next couple days while I stayed off my leg. I was determined to make sure they got in some runs, so we skied on Thursday and Friday and I was 80%. It was bluebird days every day. They had a lot of fun with Alex and Nico both on and off the slopes.

The Binzers came in from Portland for the second half of the week and we were all able to ski and hang out together. It was a bummer that Grace wasn’t with us, but I know she appreciated the time with her extended family. Thanks, Moons, for another fun week together in Tahoe! 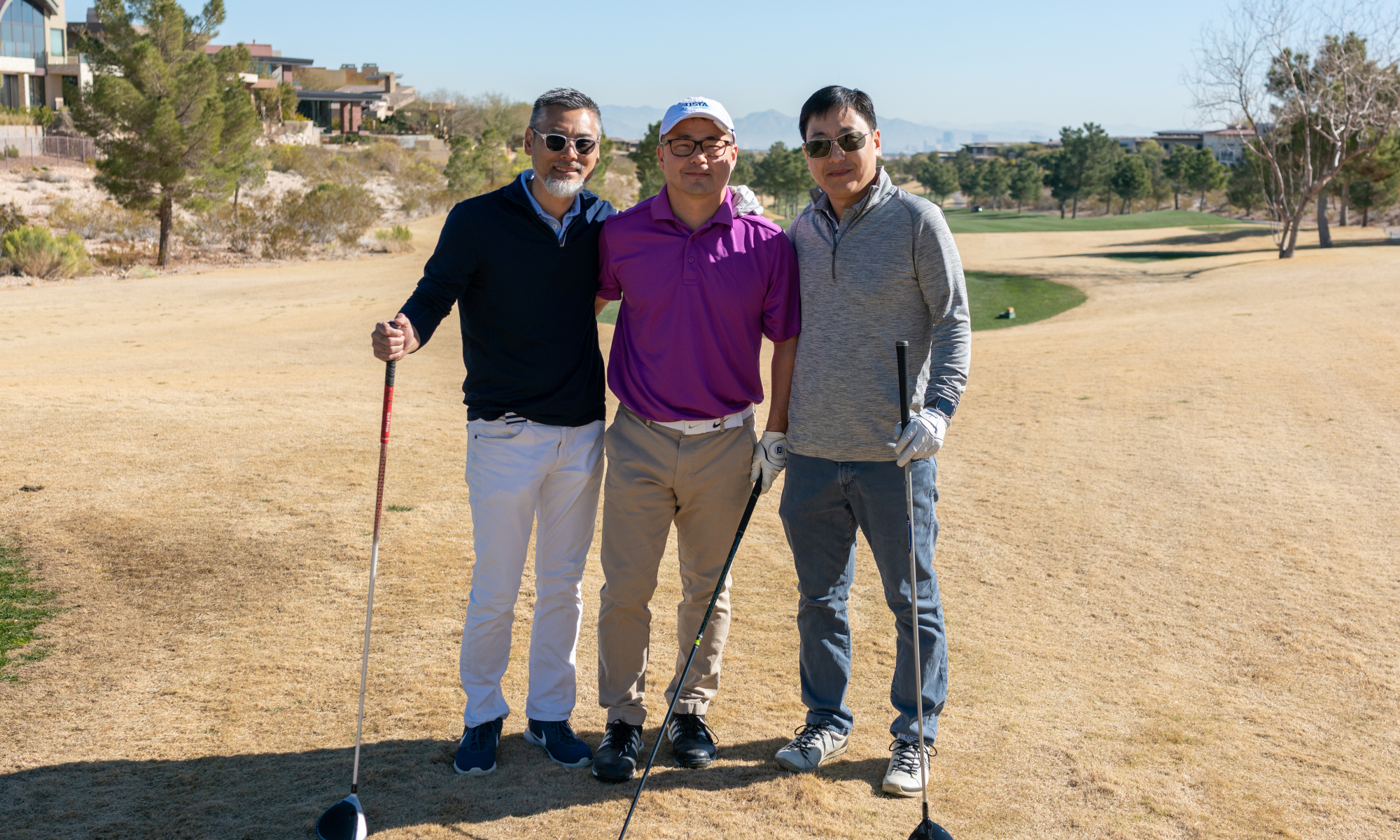 Even though Bobby is not the biggest fan of Vegas, he happened to be there for work and suggested we meet up for a golf trip. And although he is isn’t turning the big 5-0 for another couple weeks, Ed and I used the milestone to justify squeezing this trip in to an always busy winter. Ed even moved his call and a day of surgeries around.

Fun Bobby only turns 50 once. Because he is so much older than us, it was only fitting that we mark the occasion to honor him. We stayed at the Cosmopolitan instead of our usual Encore/Wynn. The crowd is a little younger and there is more to do/eat there.

The weather, while not pool-perfect, was still awesome. The wind was up at Paiute Wolf, which is already super challenging. We posted some really bad scores. On Saturday, we played at Bear’s Best, which is our home course. Although the weather couldn’t have been more perfect, the scores didn’t improve too much.

We had three great dinners on the trip at STK, Scarpetta and Milos. The latter two were a first for me and both were excellent, especially Milos, which is a fun experience (whole grilled fish is the way to go).

The trip might have been about four hours too long, which is why I left for the airport four hours early with Bobby. Had a great time with these life-long best friends (and best men).

Fair warning that I’m going to be playing this milestone birthday card all year long. 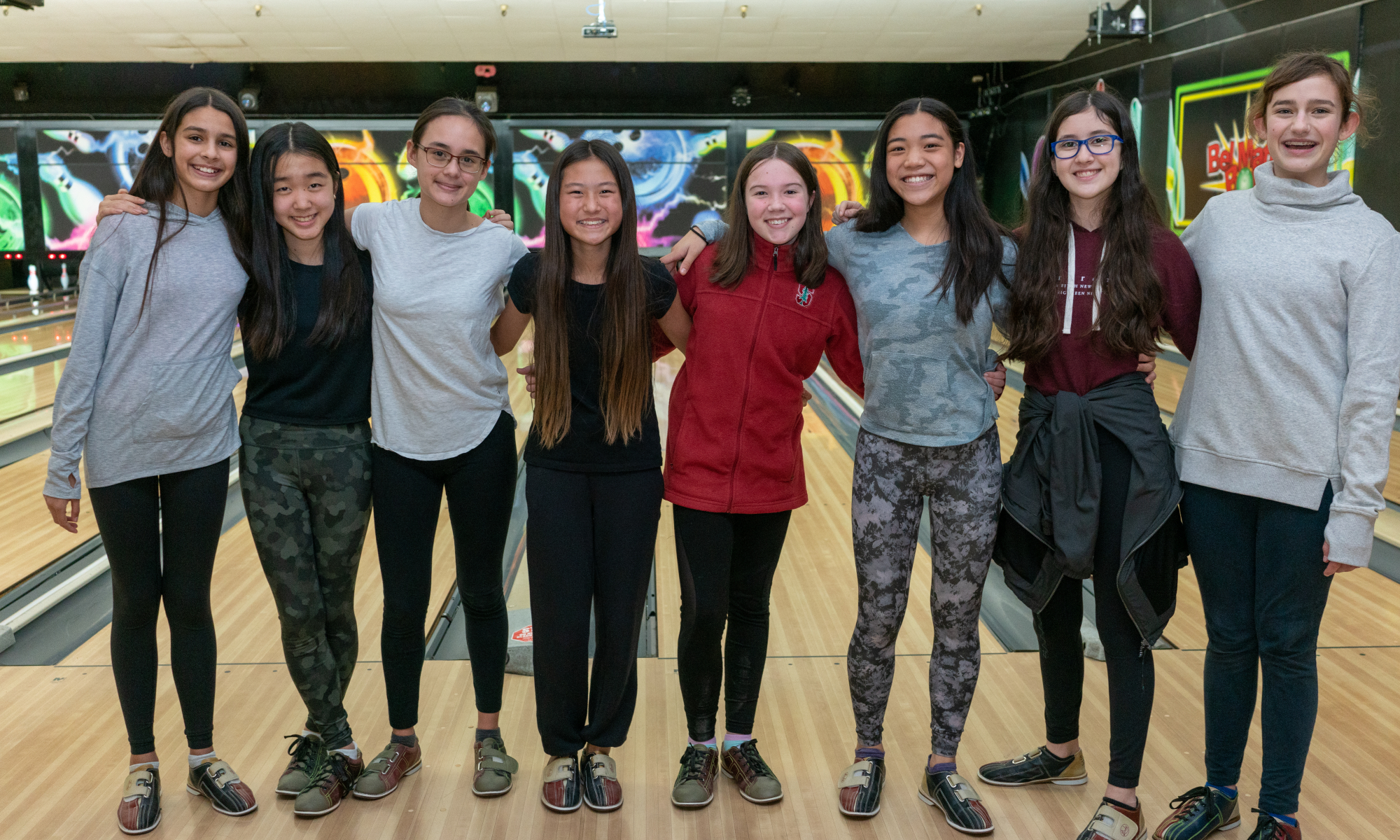 We’re so happy Olivia found her people during her first semester at Nueva. She invited some of them (and her brother) to her 13th birthday party, which included our old-time favorite, bowling, pizza on the Ave., and dessert at our house. We feel fortunate for these friendships and hope they continue to flourish. 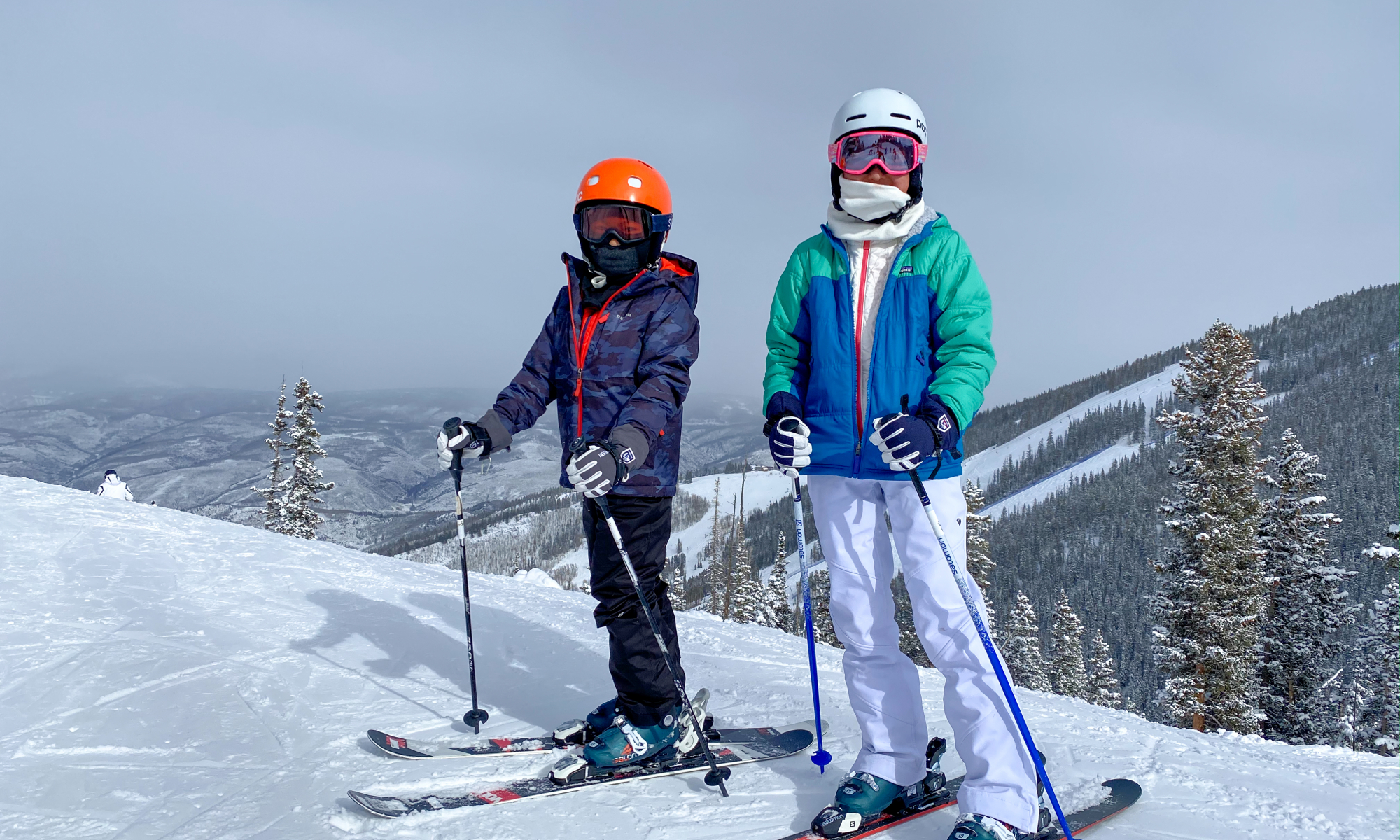 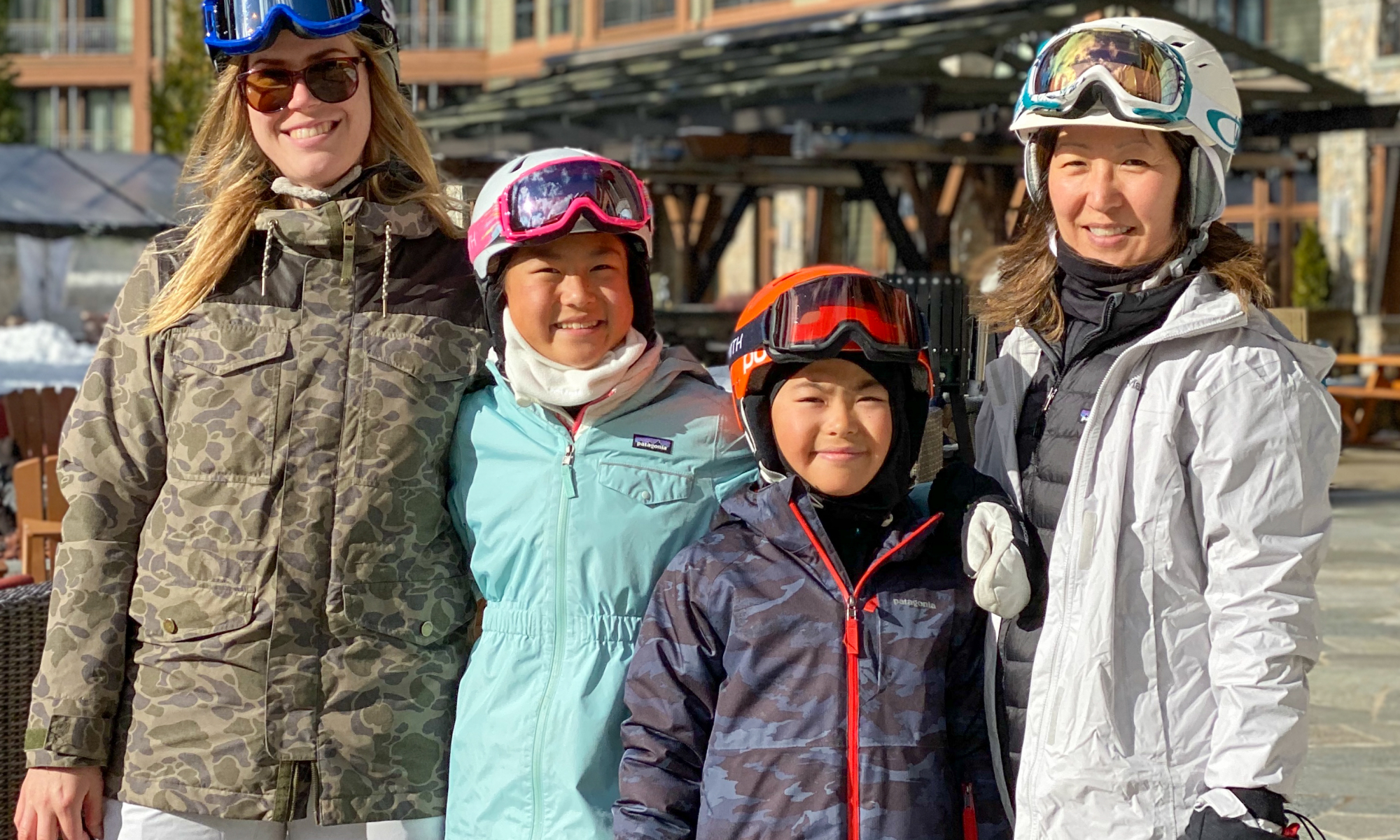 Elin was hoping to go on one last ski trip with. us before returning to Sweden. Thanks to some early snow, we went for a short weekend up to Northstar at Tahoe. We rarely (if ever) leave early on Saturday morning, but somehow we made it out the door and onto the mountain by 11am, which is about when we would be skiing even if we had stayed overnight.

We had a late night in the arcade after dinner. Sunday morning, we had a full breakfast and Elin helped us with our holiday card. There was some more snow on Saturday night, which made Sunday skiing one of the best days ever on the mountain that I can recall. Grace opted out of skiing on Sunday, which meant that Lucas, Olivia, Elin and I went to explore the mountain. We found a lot of fresh powder out there.

It’s Elin’s last week of her visit. Her last wish was to hit the slopes one last time.

Up until a few weeks ago, there was radio silence on our annual U of M holiday dinner. Thankfully, we were able to lock in a date and the Hoffmans graciously offered to host at their beautiful house. One thing that makes it hard to find a time are those pesky kids and their schedules. We lost the Thornes at the last minute due to an out-of-town soccer tournament. We also lost our lone Aussie, Michael, due to work.

The rest of us had to press on with delightful food and company. Look at all of these beautiful smiles and festive people! Jenn preparing her salad in the laundry room / sous-chef area is something out of an InStyle spread. The white elephant gift exchange was rather tame, with only a few real stinkers, which Jenn had a knack for selecting. The squatty potty was a nice touch and thanks to Matt for demonstrating. Cutest couple goes to Jason and Ben.

The older we get, the earlier this party breaks up. That said, I’ll never tire of this group of amazing friends. Happy Holidays and GO BLUE!

Lucas turned 11 on November 1st. We had a family dinner at Benihana and he invited a couple of new school friends from the neighborhood. They are super sweet and polite kids. We opened our family presents and cards at home afterwards. Grace and I usually don’t buy the kids presents because they get so much from their generous family and friends. However, this year Lucas’s had been white boarded his list all year (ranked), so we took some cues and knocked out #1. He was so happy. We also got him a dozen golf balls in his favorite color, orange. I was so happy.

In keeping with our tradition of themed birthday parties at home, Elin and Grace prepared Lucas’s favorite meal of spaghetti and meat balls along with his Pokemon decorations. He had a small group new and old school friends.

Grace also organized an escape room activity for them. Despite the creepiness, they worked together really well and managed to escape with 90 seconds to spare.

Lunch with these two #bffs

Elin is back! Practicing #mindfulness