Grace and I spent Thanksgiving with her parents and the rest of the Parks down in Los Angeles. We flew down on Thanksgiving day, which made travel much less hectic for us. After stopping at their home in Westwood, we went to visit Grace’s grandfather’s gravesite, which was the first time for me because I unfortunately missed his funeral in February. He is missed.

Afterwards, we went to pick up her grandmother and headed to Uncle Jong Hee, Aunt Kathy, Christina, and Eugene’s home in the Hollywood Hills. It was my first time visiting their house, which has beautiful views from high up above Los Angeles. Christina and cousin Tommy’s wife, Gina, did most of the cooking. Tommy made soup. Uncle Jong Hyun and his family, including Andy, Anna, and the grandchildren were also there. All of the food was delicious and several cousins, including Grace, passed out from food coma. Later that evening, Grace and I met up with Ann and Jeremy for drinks at Casa Del Mar in Santa Monica. It was great to see them and catch up, though we were sad to miss seeing little Murphy, for whom we dog sat last Christmas. He’s 50 lbs. now.

Friday, we all went out to breakfast at Jerry’s in Westwood. Afterwards, Grace and her mom had a shopping mission and I was along for the ride. For the most part, I occupied myself by doing laps at Barney’s, SFA, and NM, mostly people watching and occasionally car watching. I spotted a Mercedes SLR at Barney’s that made the Lamborghini’s and Ferrari’s tooling around seem pedestrian. It soon became my mission to find the most comfortable chair possible at each location – I had a quick nap at NM (or was it a long one). Now, I can fully empathize with my father, though he had no Blackberry on which to surf eBay.

We had to drop Grace’s mom off at the salon later in the afternoon and then it was just us. I made the mistake of driving back towards civilization on Melrose – more chairs, magazines, and people watching for me. It wasn’t until I was in BCBG, when a very kind woman acknowledged my anguish as I perused Vogue and offered me a Diet Coke. We finally got into the car and as we passed by Diane von Furstenberg, Grace asked if we could turn around. It was at that moment that I confided to Grace that I was in hell. No matter, I was commended for my patience and we were soon rounding the corner. It was on this stop that Grace finished her list: new bag, boots, pants, and top. I got a free diet beverage. All was right in the world.

We met Grace’s parents for dinner at Chosun Galbi before returning home Friday evening. It was a quick trip, but we got to see everyone for the holiday, which was nice.

Grace left for Austria this evening, so it’s just me and Snickers for two weeks. Here he is keeping me company as I write this. 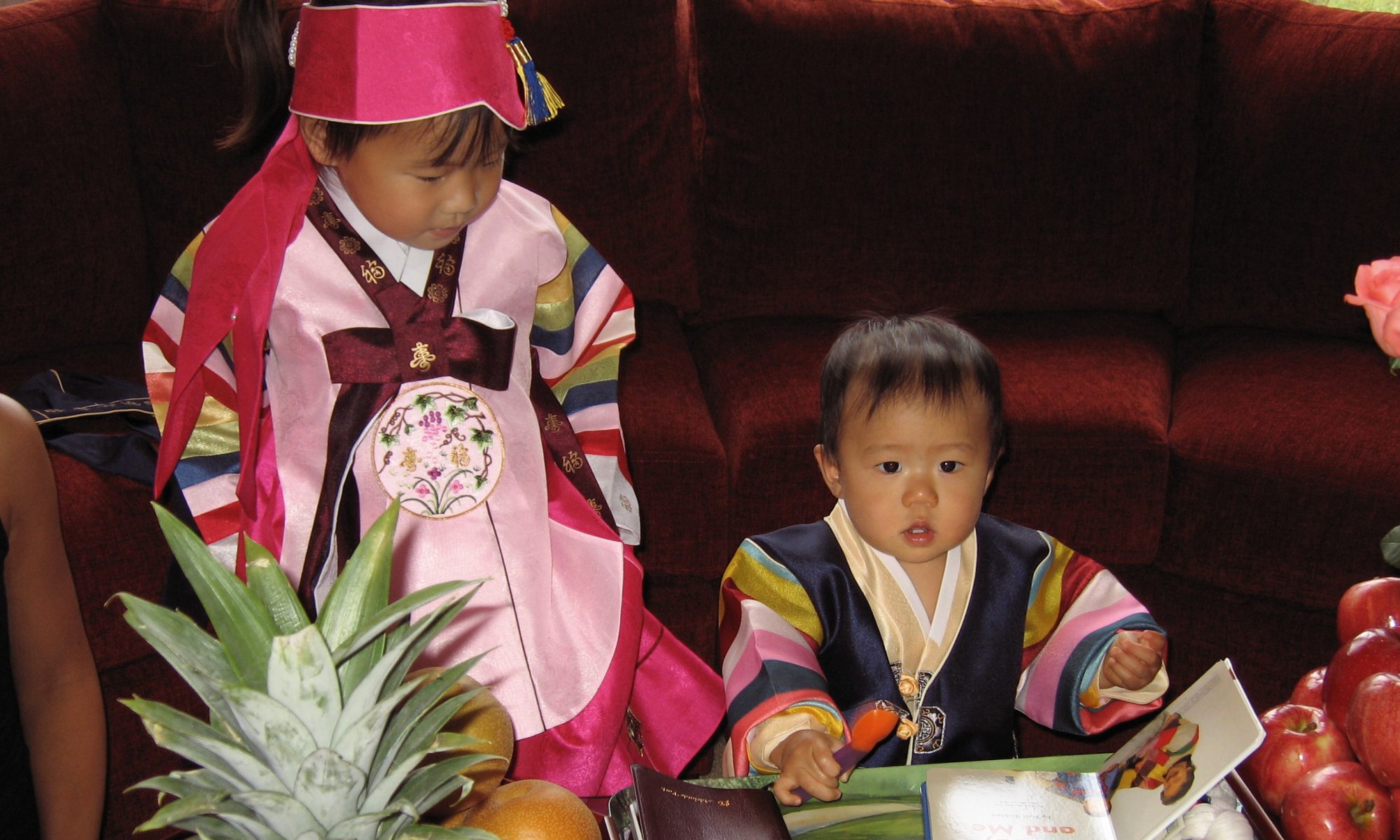 The weekend of September 17, we traveled to Kansas City to visit Addy, Charles, Delaney, and Cameron for his first birthday. All the grandparents and Dave also came for the occasion. We enjoyed a relaxing weekend with the family and even opted out of playing golf. Some other neighbors and friends came over for Cameron’s party, which was officially his “dohl,” which is a traditional 1 year birthday ceremony. During it, the baby is presented with a variety of items: book; pen; bible; cash. Whatever the baby chooses is meant to signify whether he or she will scholarly, rich, etc. Though Charles was probably rooting for the cash, Cameron picked that last. He ate the pen. 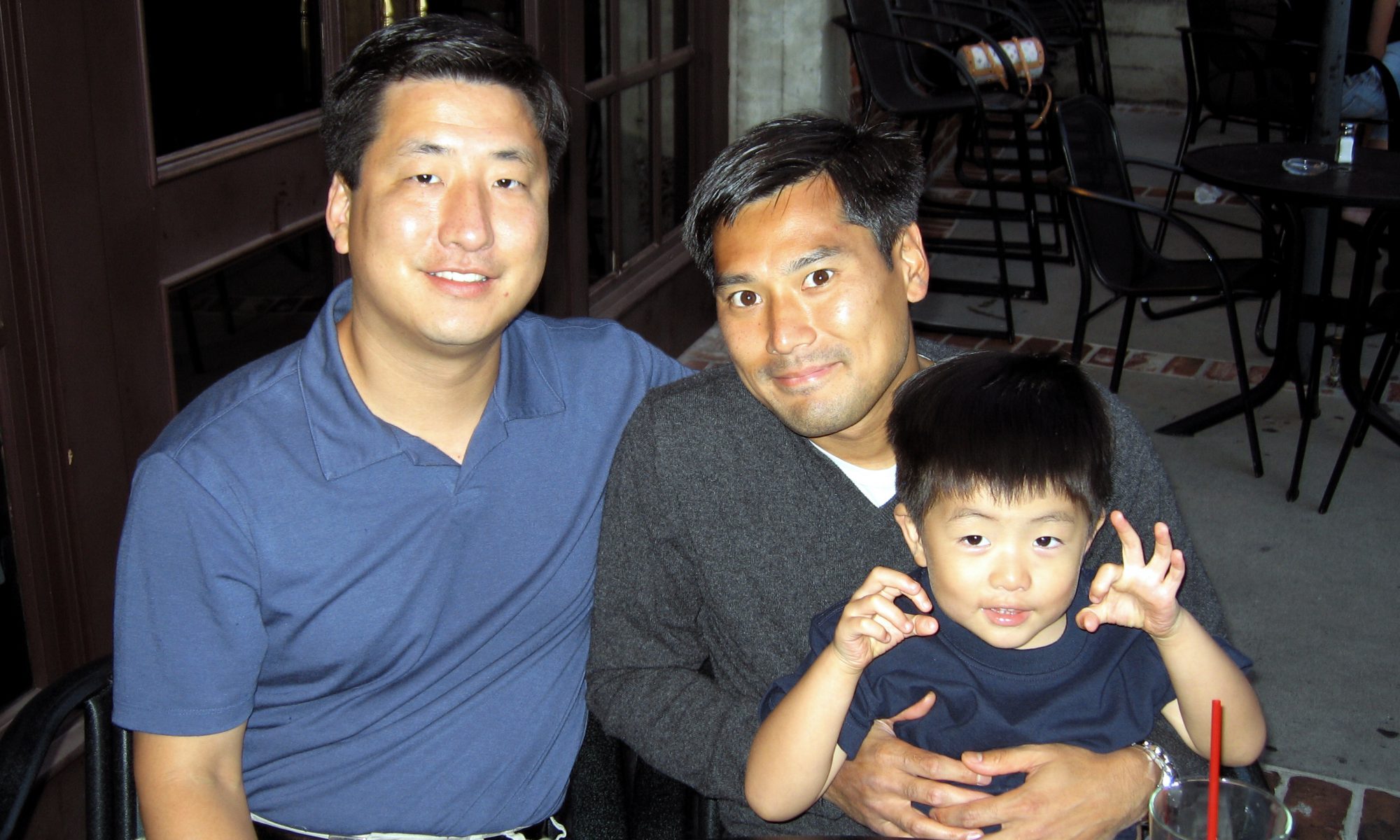 Sunday was a relaxing day in Burlingame. It’s so nice to be home and not travel – even if it’s a work day for both of us. Snickers likes us being home, too. My cousin, Clarence, and his son, Andrew, visited us in Burlingame for dinner before heading back to New Jersey on the red-eye. Andrew is growing up so quickly. We wish his wife, Liz, and their daughter, Halle, could have visited, too. Next time, we hope… 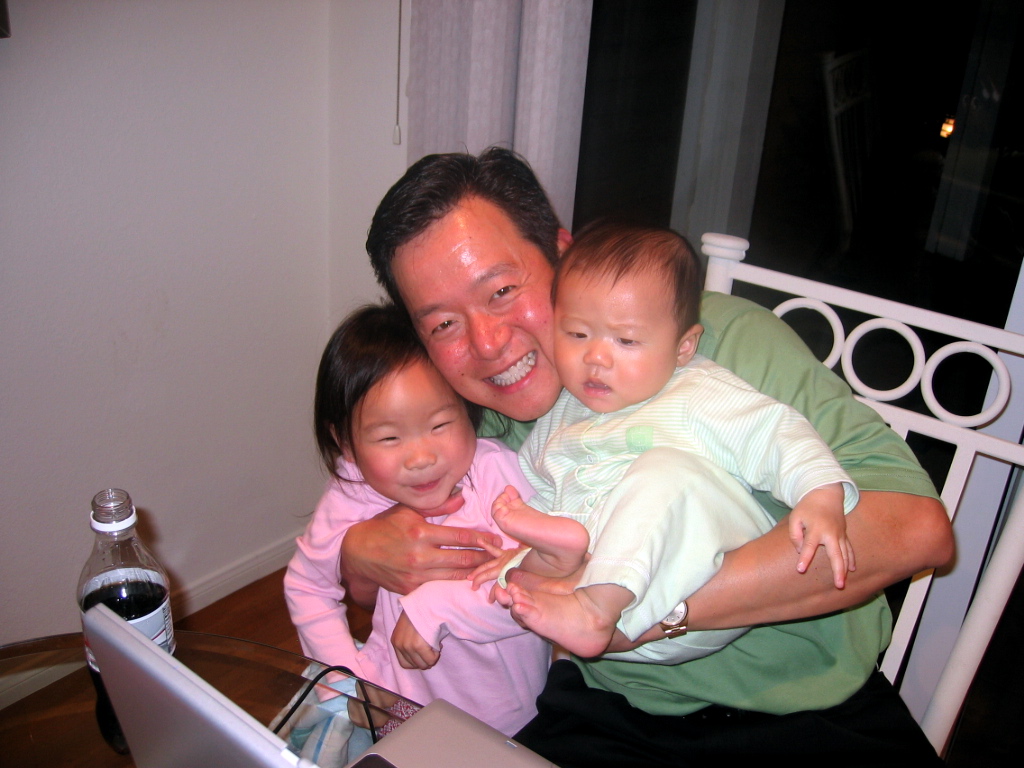 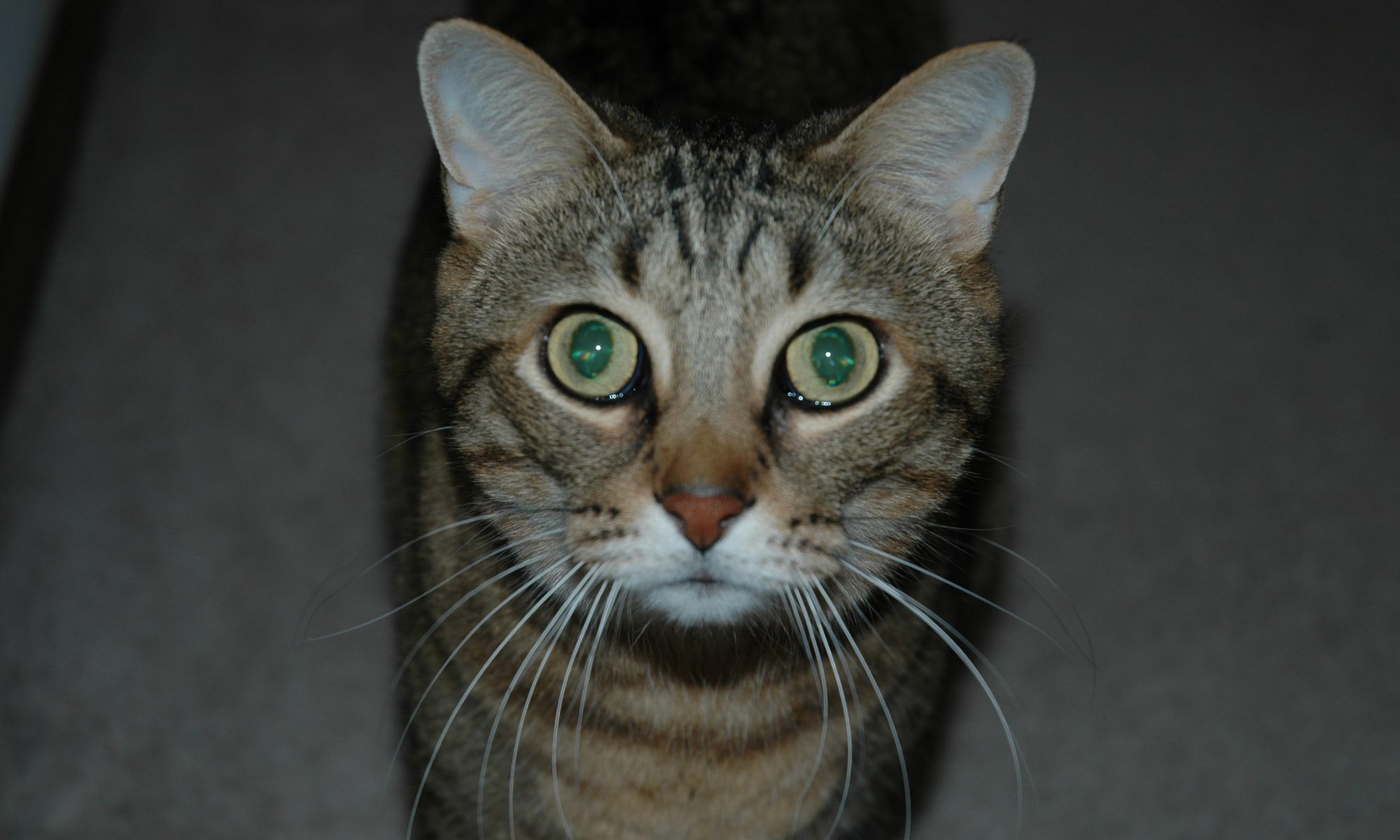 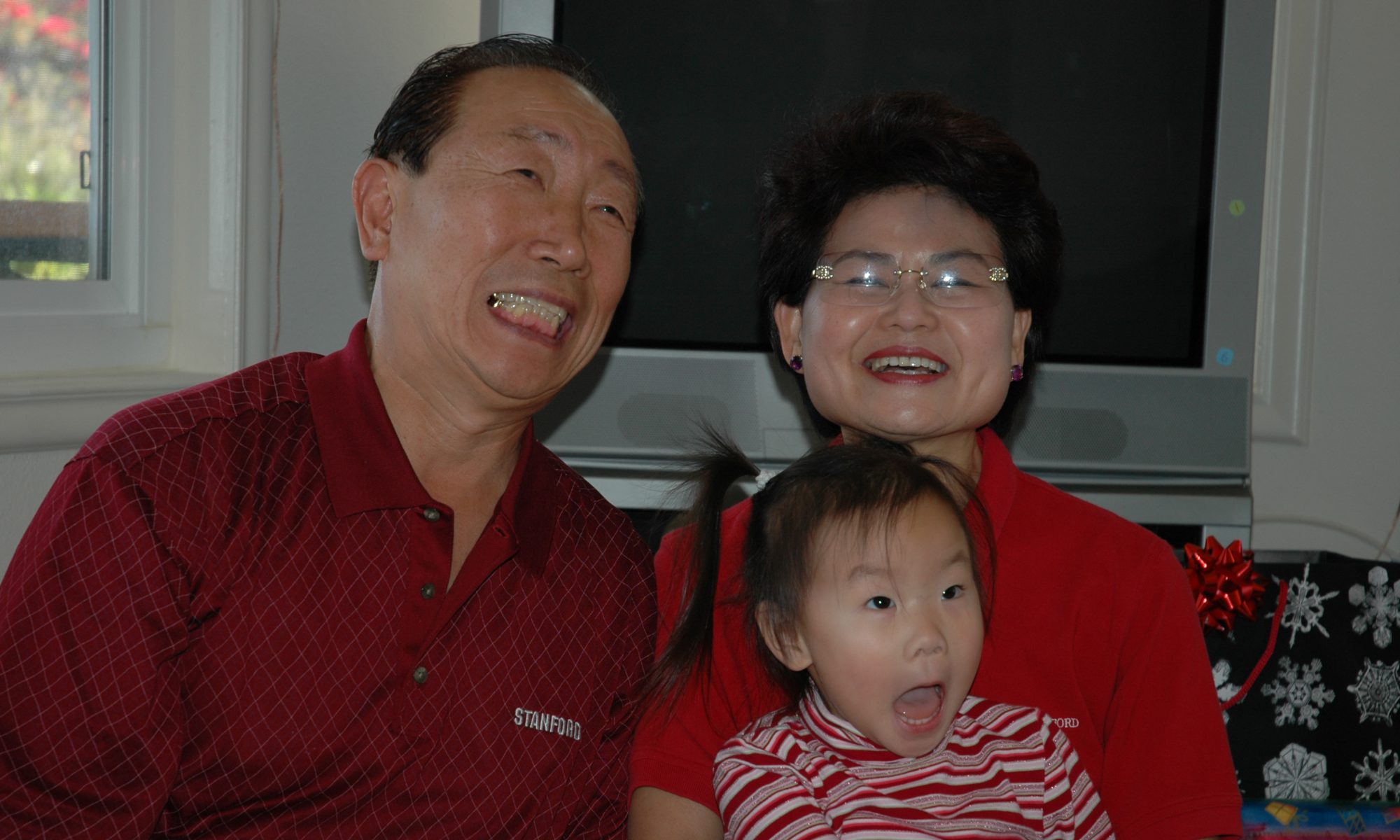 Grace and I drove down to LA to spend the holidays with her family. Addy, Charles, Delaney, and Cameron came in from Kansas City and David came in from Philadelphia. It was my first time seeing Cameron and Delaney gets bigger and bigger every time I see her. The big bonus was puppy sitting for Ann and Jeremy’s new puppy, Murphy. He is a great little dog and everyone was pleased to have him around. 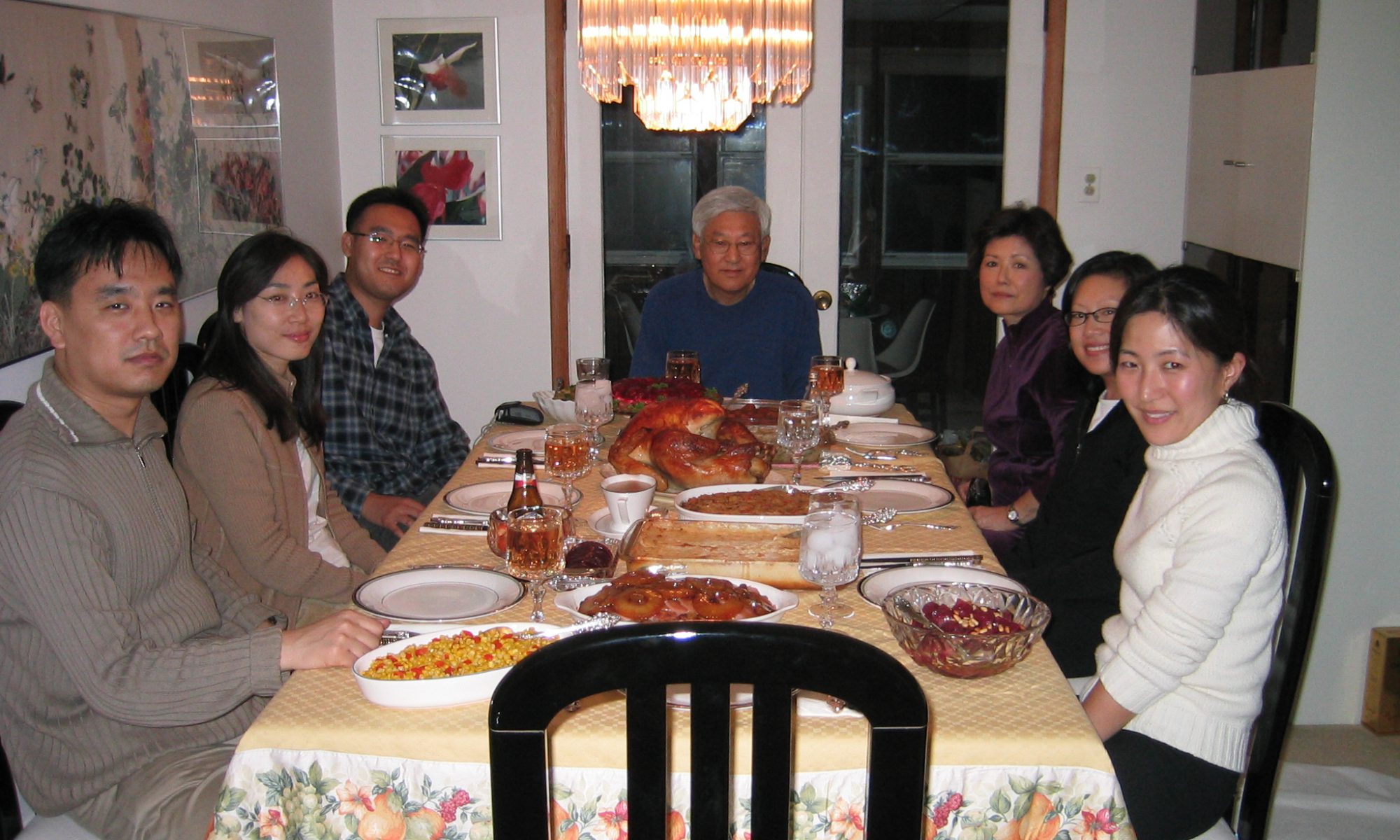 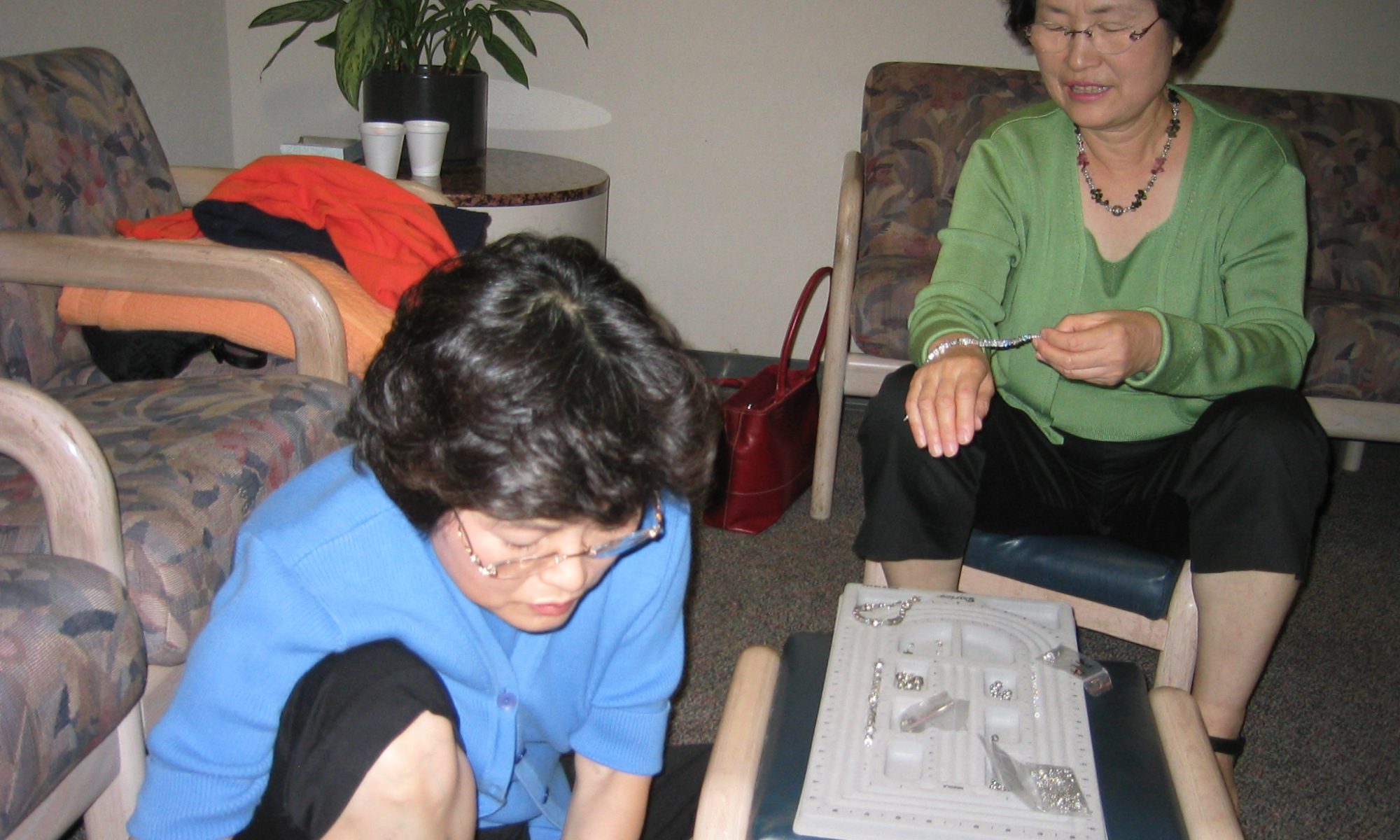 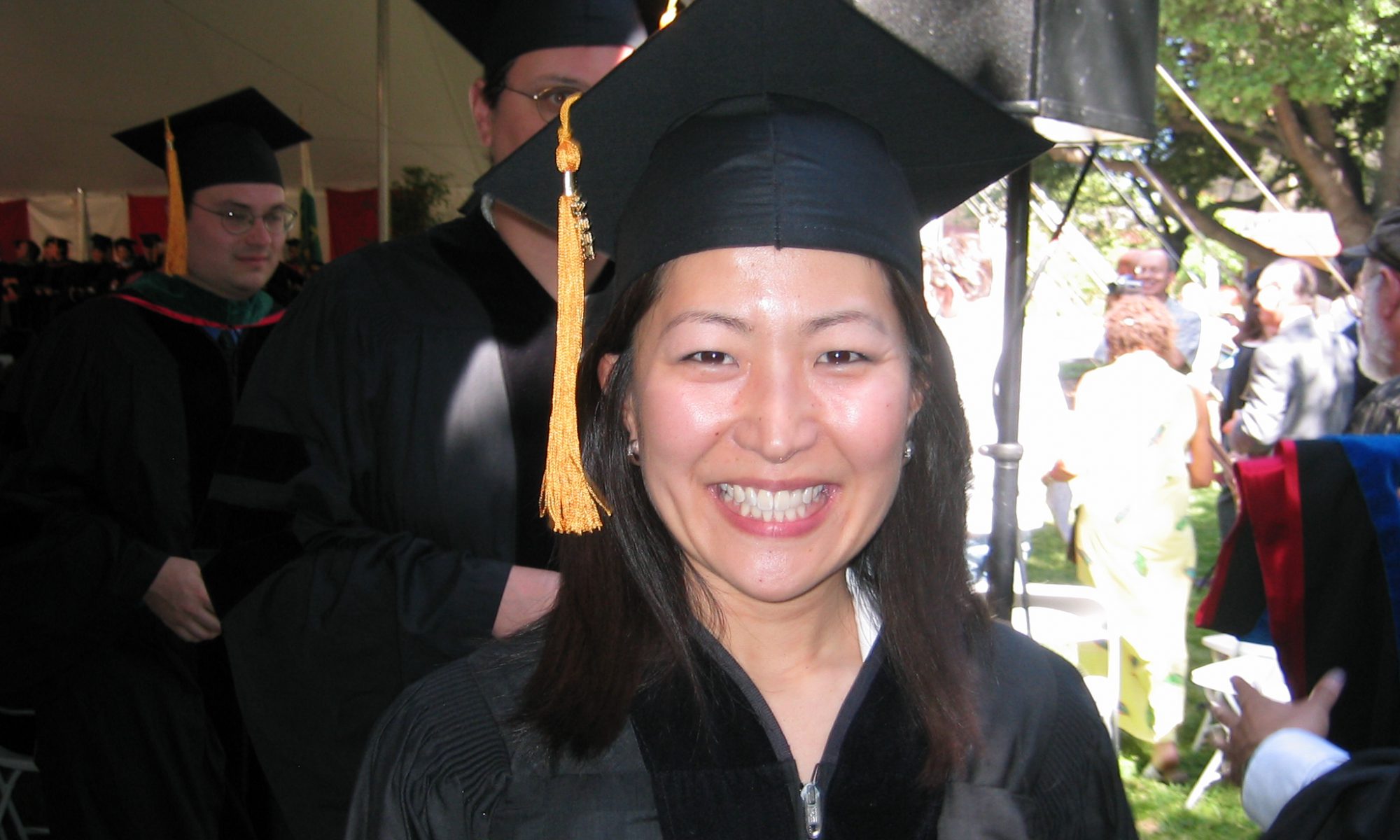