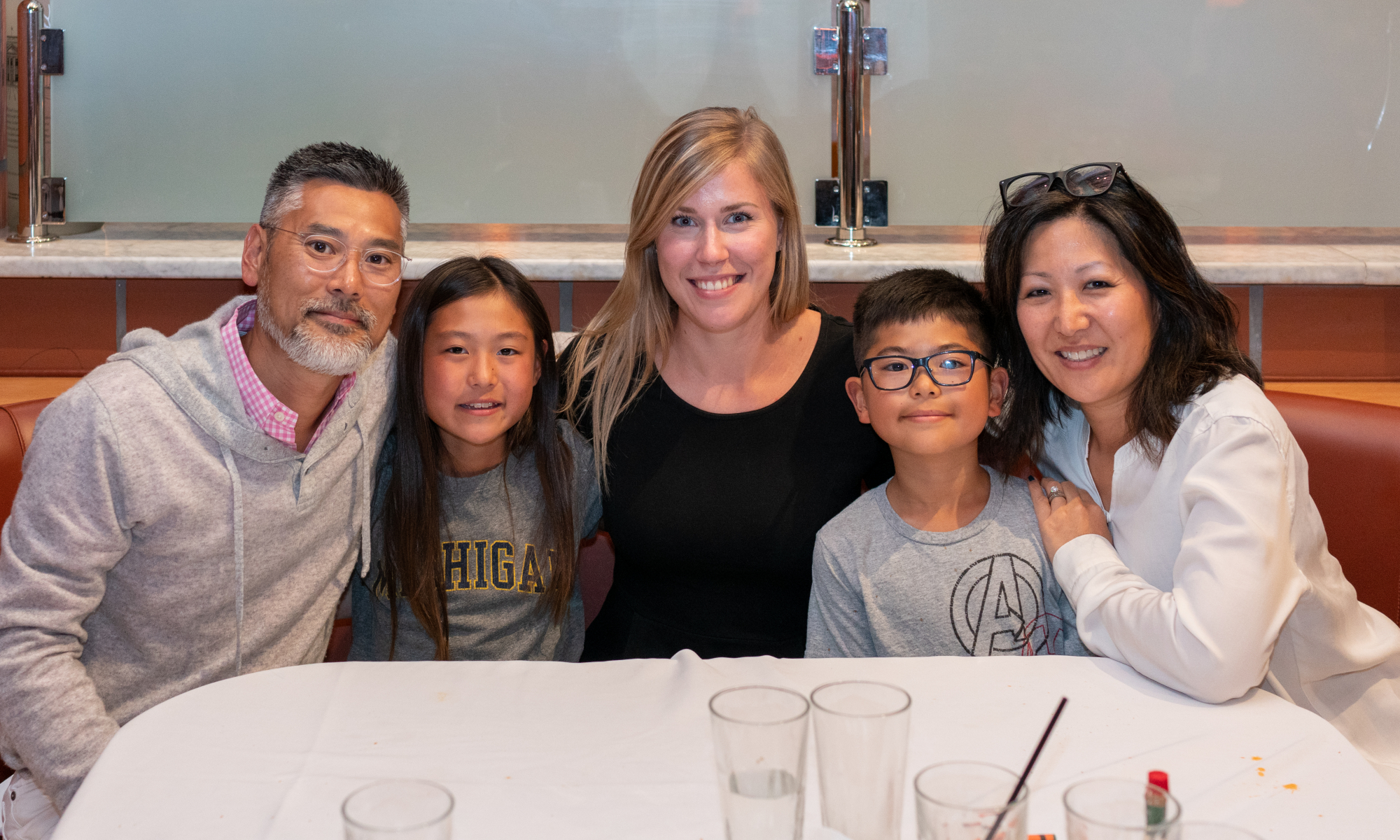 This past year was significant for our family, with changes in schools and jobs. The biggest change we had was with our child care, as we had our first au pair. We didn’t exactly know what to expect and the truth is we didn’t know how it would be to have someone living with us.

All those fears were washed away after Elin arrived. She had already spent a year in Australia, so was used to being away. Still, we all had to take some time to adjust to each other, but very quickly, she became part of the family. We explored Disney together, skied at Beaver Creek (she worked on a ski mountain back home in Sweden), and had an amazing week in Tahoe together.

We exposed her to Korean food and she taught the kids Swedish. Her lovely parents came to visit during Spring Break and we enjoyed spending time with them. As she made friends and found a life of her own in the Bay Area, she was still very present with Olivia and Lucas, and was an amazing care giver and responsibility reminder to them.

Lucas had been having a tough transition while starting 4th grade for a lot of reasons, but in retrospect, the looming departure of Elin must have weighed heavily on him. As October 1st arrived, he couldn’t hide his sadness.

We had one last dinner together at Il Fornaio and exchanged some cards and small gifts at home. At the airport, it was tough for everyone. Lucas was inconsolable there and at home. Besides the passing of Snickers, this was the first real loss the kids had suffered and it was palpable. When I asked Lucas where it hurt, he pointed to his heart.

Elin had matched with a new family on the East Coast, which is where she wanted to explore. I knew this wasn’t goodbye, as we’ll see each other again for sure. I know the kids will always remember the year we spent together with Elin and hopefully they’ll stay in touch. This was an amazing and enriching year for all of us and I’m so thankful we took the leap to hosting an au pair.

Elin, we all miss you very much.

Update: November 25th – We had some company and Lucas was showing the kids his Origami. There was some misunderstanding as they were leaving and he was encouraged to give what they had created for the guest to take home. Afterwards, he was very upset because each of the little pieces he had made with Elin and now they were all gone. We’re going to try to get them back for him. It turns out I’m not the only sentimental one in the family.