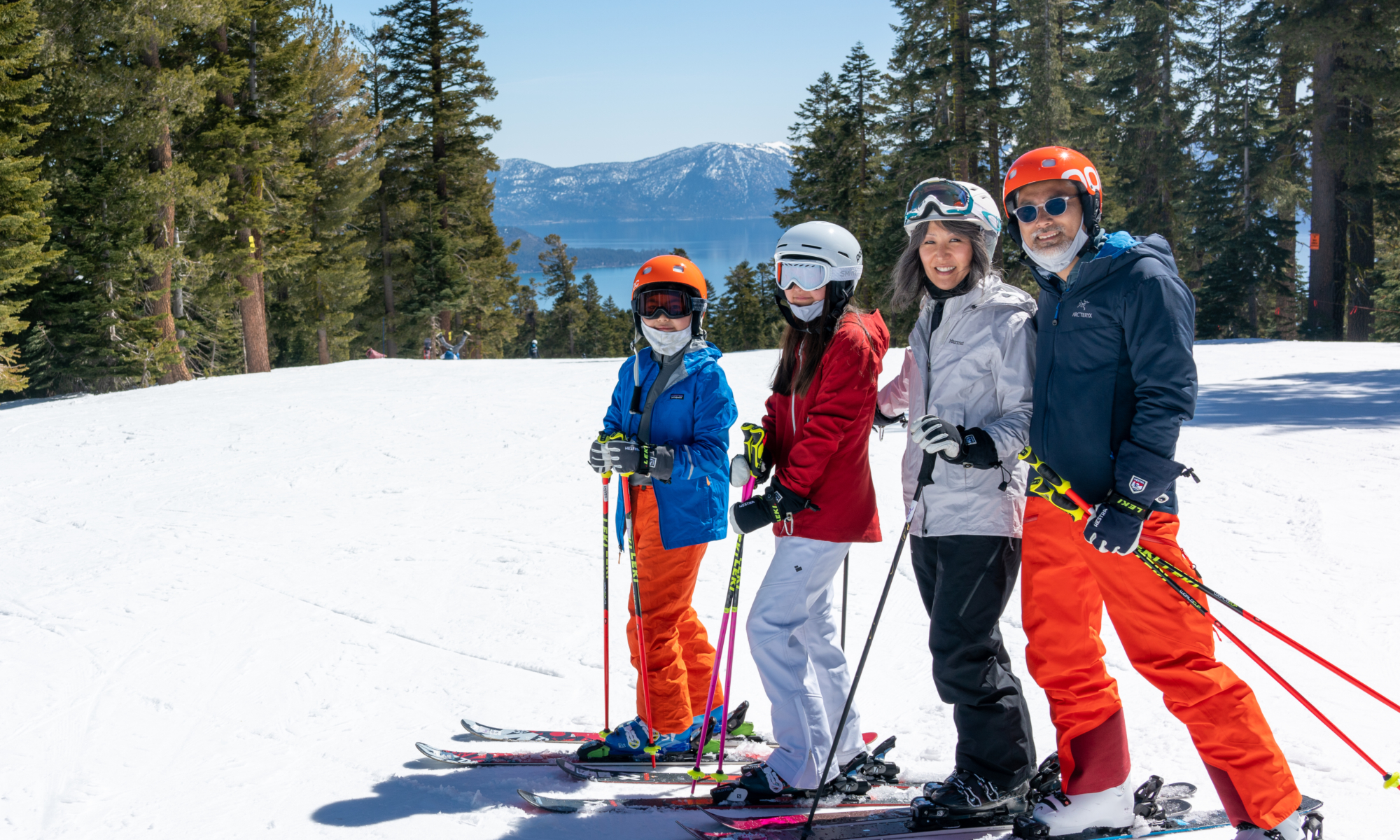 Even though we’re still in pandemic mode, Grace planned a weekend away for our birthdays, which was in stark contrast to our last birthday at home. The kids were remote for school last week, so we went up on Wednesday night and they attended school from the room. I got in a few runs in the morning before work and meetings. It was nice that I had pretty much the mountain to myself and was the first one down on Drifter towards the backside at Northstar. At the end of the day, we rode the gondola down to the village, which was quiet and mostly closed.

On Friday, the kids and I skied together. We met Grace for lunch back at the hotel, which was the first of several meals at the only restaurant. On Saturday, Grace joined us on the slopes for the first time, which was huge given all she’s been through this past year. She did great and said she was feeling fine. She didn’t push too hard and went back after lunch.

Clara decided to come up and visited us for a bit before dinner, which was so nice of her. It was good to catch up some more after seeing all the Moons briefly while we were in Napa. Thanks to her for one of our few family photos during the trip (year).

We celebrated Grace’s birthday (and mine) at dinner, which was excellent. Together, we’re 100! This also means I have one year to plan for her milestone next year. I don’t know if we can top her 40th, so we have to set expectations low.

On Sunday, Olivia went to ski with some friends from school in the morning, so Lucas and I went out alone. We had planned to stay until Monday morning, but the kids were anxious about homework and getting to school. We packed up and made it home by dinner time.

It was a relaxing and beautiful weekend up in Tahoe, which was our first in over a year. There wasn’t a cloud in the sky for 3 days and the snow held up nicely in spring conditions. It was awesome to ski with Grace. I think this is as good as birthdays get, as long as we’re all together having fun.