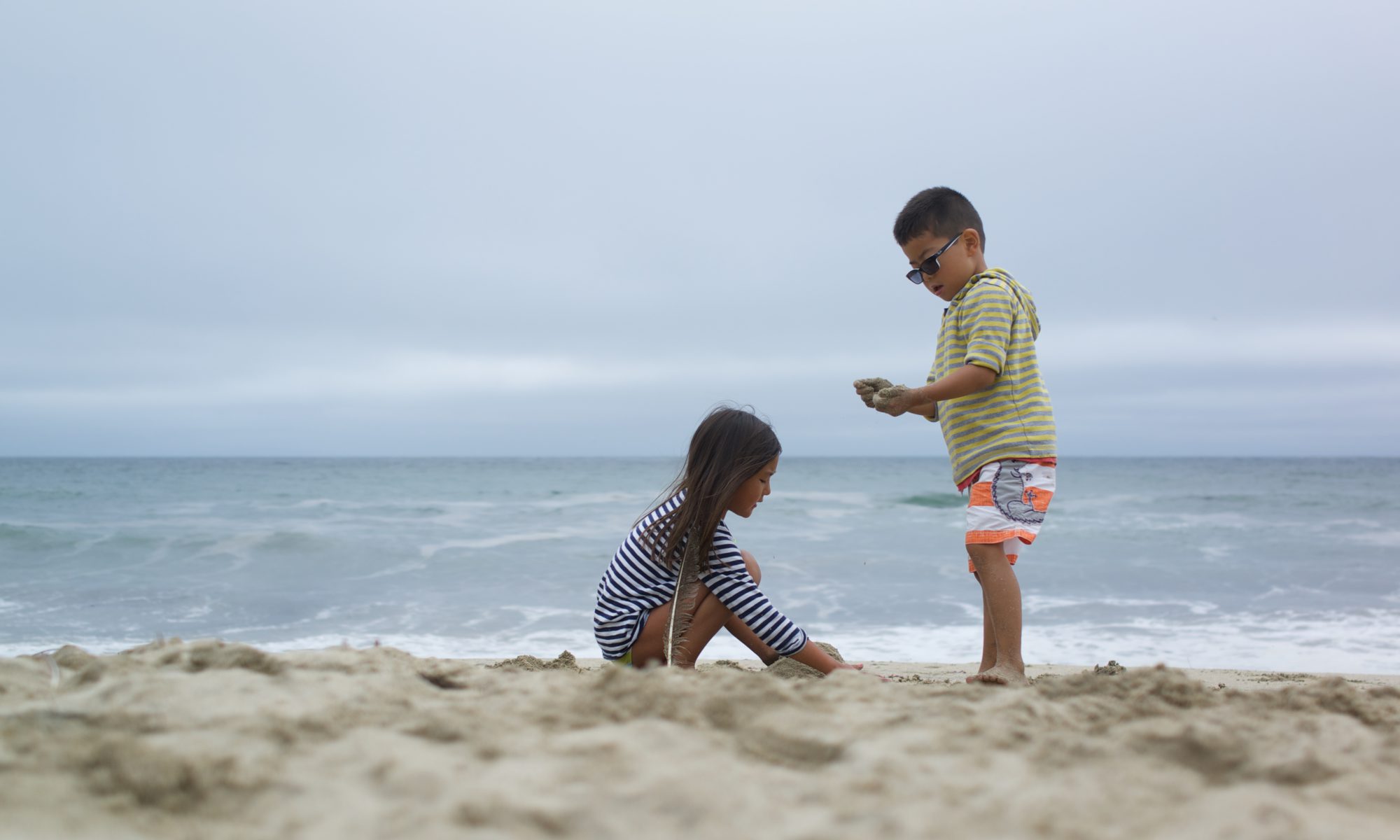 On Sunday, August 17th, after I recovered from the Art Fair ride, Grace said we had to get the kids some soccer gear for camp that was starting on Monday. She needed the rest of the day to work, so the kids and I went out. Lucas recalled that I had promised him we’d go to the park, so we went there for a bit. We also had success at the soccer store.

I suggested we go to the beach, and although it was late in the afternoon, we headed over. Like any summer day in the Bay Area, the coast can be dodgy, and on this day, it was overcast, gray and a little chilly. The kids do not care. We “hiked” down to the beach and they played for a bit until dinner time. We headed into the hotel to get cleaned up and changed and decided to have dinner there.

Afterwards, I thought we were ready to head out, but the kids remembered a hill out back they played on at Mother’s Day brunch. We went down to the back of the hotel and they rolled down that hill (with the sundown bagpipes playing) until it was close to dark.