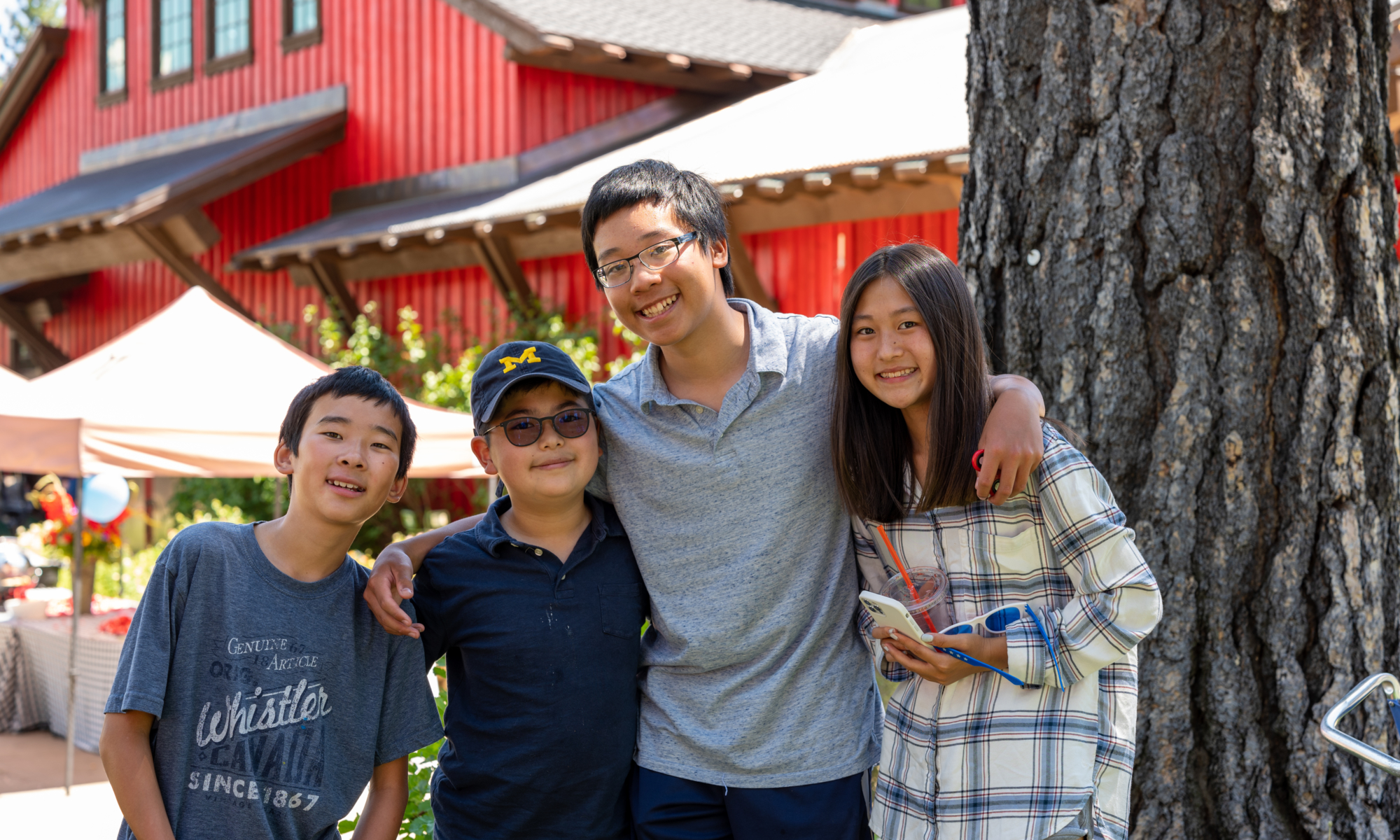 You know things are getting back to normal when we’re in Tahoe with the Moons for 4th of July. We had intentions of setting out early on Friday morning, but didn’t quite make it. It didn’t seem to make much difference because traffic was bad.

For as many times as we’ve passed Ikeda’s on the way up, Grace has never been. The kids and I stopped on our first Airstream trip, but they don’t really remember. We had a good stop for lunch and groceries.

When we’re at home, the kids spend most of their waking hours gaming with the Moon boys online. In Tahoe, it was the same, but in person. Just kidding – they spent time playing chess, ping pong and a little time outdoors, too.

Our biggest excursion was tubing down the Truckee river. We have done it in the past with rafting operators, but Mike had the gear for DIY tubing thanks to a pickup from Clara and Grace at the end. Speaking of pickups, Mike’s Ohio roots are starting to show with his new Ram truck! Grace has been informed that we’re getting a Raptor so we can duel.

My tube started to deflate on the first leg, which was exciting. I also spent the first leg of the trip Googling “Is the iPhone 11 waterproof?,” but I never had enough signal. It turns out it is! The kids worked well together to keep us out of danger. We ran into a couple friends on the river, which was a pleasant surprise.

Saturday evening, we couldn’t convince Clara and Grace to head to the barn to see Wonder Bread 5, but Mike and I wouldn’t miss it. Sunday was pretty chill as we celebrated America’s birthday. Olivia caught a fish (they’re not smart this early in the season).

We were able to squeeze in a little Thando baseball after dinner before getting in the car to return home. We were talking in the car about how we never really make it a point to see fireworks on the 4th and we’re often driving back from festivities at that time. This time, we saw ALL the fireworks on the way home, which really didn’t end as we arrived before midnight.

Thanks to the Moons for hosting us again in Tahoe. It’s always beautiful and relaxing. The kids (and adults) have been having fun together since birth and I hope they never outgrow their special friendship.