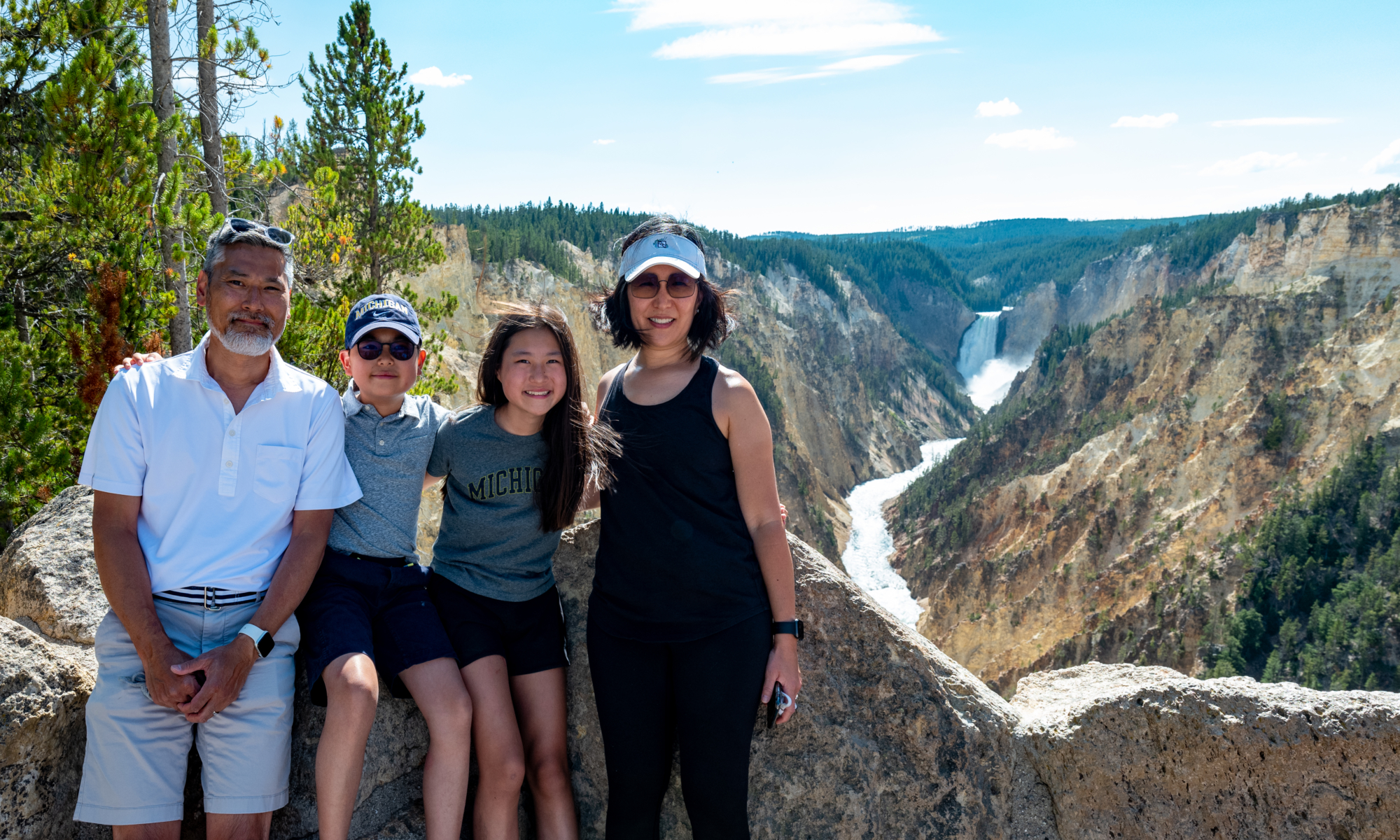 Despite the global pandemic, we were determined to do something with the kids this summer and get them out of the house. We had a great long weekend with the Lees over 4th of July to test the waters at a resort. Carneros was ideal because each unit is a separate cottage and most everything is outdoors.

Early on during COVID-19, I could foresee our future of travel and I immediately started lobbying to purchase an Airstream. I figured we could live and work in it, travel, see my parents, etc. I picked the one I wanted (27′ Globetrotter), found some pre-owned models for sale (I almost never buy anything new), and even researched storage options (fearing this could be the money in money pit). In the end, I got a hard no from Grace.

During this time, I was also looking to rent during August from the same place where I’ve rented the last three Airstream trips. The business is now on its third owner and I was having a hard time pinning down dates and the model I wanted. Once I made the reservation (for the same exact unit we took to Utah last time), there was a switcheroo, but it was going to be in my favor. Another client couldn’t tow anything longer than 25′ and the owner told me he was buying a brand new 27′ Globetrotter. This was going to be the perfect test drive. Grace’s hard no was actually a “can we really survive two weeks in this thing?”

About a week before the trip, it turned out the Globetrotter had an issue with the power awning, so we got switched again to a barely used 2020 27′ Flying Cloud. Honestly, I was a little disappointed, but the bonus was that this particular model had the rear hatch option, which is rare and novel. I was just glad we were still going to be on our way.

Which way, in Grace’s mind, was still up for debate. I had made the itinerary and all the reservations a month in advance. “Maybe we should just stay in California? Maybe we should stay close to home?” This was my hard no. I had a plan (basically) and we were sticking to it.

Our first stop was going to be Yellowstone National Park. Pickup is late in the afternoon and I wanted to make as much progress as possible, so I booked a stop in Elko, Nevada, just to sleep. We got a late start and didn’t pull into the RV park until about 1am. I didn’t even hook anything up except for electricity as we had a full tank of water, which in retrospect probably wasn’t great for handling or MPG. The latter was at times 3-5 MPG. For a long stretch of Nevada the speed limit was 80 MPH, so I went 80 (I know, that limit might not have applied to us). The problem with 80 MPH is that gas mileage was abysmal and could barely hit 10 MPG as we ascended into Idaho and Montana. This was my first time to both of those states as well as Wyoming, which was just inside the park.

We stayed at Grizzly RV in West Yellowstone. The first night we got some groceries and some take out. I ran out to get breakfast the next morning from Running Bear Pancake House. Due to our late planning, I couldn’t reserve a spot for the entire stay, so I had to check out after one night and check in again to move spots. Grace made ramen for lunch and we didn’t enter Yellowstone until 2pm.

Thanks to the suggestion (among many) of my friend, Annika, we downloaded the Gaper Guide to North and South Yellowstone, which was the perfect in-car audio guide and told us what to see along the way. As we were entering the area, it finally clicked with Lucas that we were in Yellowstone and he recalled that it was a super volcano, which could erupt at any time. I thought he might be on edge the entire time, but the prospect of being blown off the planet at any instant wasn’t in the forefront of anyone’s mind.

That first afternoon, we saw most of North Yellowstone, including Beryl Spring, Gibbon Falls, Norris Geyser Basin, and Mammoth Hot Springs, where we had a late afternoon snack. We also saw our first wildlife there, as Elk were wandering around, up-close and personal. We walked around the lower terrace and drove the upper terrace before calling it a day.

Day 2 started with Cup Noodle (a Lucas favorite). Just as we’re not first chair skiers, we’re also not first into the park. We didn’t enter until around noon. This day was for South Yellowstone and we started in Canyon Village, where we had lunch and gathered supplies (snacks). Our first stop was to see The Grand Canyon of the Yellowstone, which was spectacular from every vantage. We stopped at multiple points along the Lower and Upper Falls and then crossed to the other side to see it from Artist Point, which is an amazing vista of the falls. We ended this area with a short hike to the Upper Falls and along the river.

The kids were particularly interested in seeing wildlife, especially Olivia. We finally stumbled upon a few Bison, so pulled over to get a look. There were only a few and they were far away. It was exciting for all. We ended the day at Yellowstone Lake and the West Thumb Geyser Basin, which was beautiful. Pretty much every geothermal feature we saw during the first two days was unique and otherworldly.

On Day 3, we didn’t have much left to see except Old Faithful, which is ironically the park’s biggest attraction. We got there just after it had gone off, so we had about 40 minutes to wait. By the time it finally erupted, there were hundreds of people waiting. Honestly, it wasn’t the most impressive display to see in the park, but I’m glad we saw it. After that, we went to the Grand Prismatic Spring in the Midway Geyser Basin, which was one of my favorite attractions.

Lucas and Grace had ramen for dinner and Olivia and I went to the taco truck that was suggested by my friend, Narayan. After dinner, I went back into the park myself to photograph the sunset. I had to just pick a spot, so I went back to the Grand Prismatic Spring. I shot what I could and called it a night.

Yellowstone exceeded my expectation and was one of the most impressive places I’ve visited. Three days was perfect for us to see most of the park at our pace. We probably drove around 300 miles just around the park. I don’t know if we’ll be back again as a family, but I hope the kids will visit again to explore it on their own.